Russia’s economy has experienced a huge tumble over the past year. Western sanctions over Russia’s role in the Ukraine crisis have hurt the national economy, and the ruble has plummeted in value. These sanctions have curtailed Russian access to funding based in dollar and euro currencies, leading to a contraction in access to cash for Russia-based companies that have a $44-billion amount of debt payment due by 2015 yearend. The Russian economy is heavily dependent on the energy sector, and plunging oil prices from the second half of last year onwards has hurt the Russian economy further. The Ukraine crisis prompted a number of governments to apply sanctions against individuals and businesses from Russia and Ukraine starting from March 2014. Sanctions were approved by a combination of nations including the US, the European Union and numerous other countries and international organisations. Russia has responded to this with sanctions of their own against a number of countries. These Russian sanctions now include a full ban on food imported from the EU, US, Norway, Canada and Australia. Both of these sets of sanctions applied to Russia and Russia’s import bans in response have contributed to the collapse of the ruble and the 2014–15 Russian financial crisis. Businesses and investors have been leaving the nation—in particular there has been a flight of global banks out of Russia’s borders. Along with these banks, there has been a flight of capital, further exacerbating the fall in the local currency value.

The Russian finance ministry has estimated that the drop in the price of oil is costing the country up to $100 billion per annum. In addition the finance ministry has calculated that the damage to the economy from the sanctions to and from Western regions will reach an amount close to $40 billion. Given the almost economically crippling conditions the sanctions are creating, a number of foreign banks have no choice but to exit Russia altogether or at the very least scale back their operations in the country. Further adding to the tough market conditions is the fact that large state-supported banks, such as VTB Bank and Sberbank, are able to enjoy certain benefits of operating in their home market—creating an extremely competitive banking sector for other banks to operate and survive within, let alone make profits in.

As global banks leave the nation, a number of domestic banks have been faced with a worse fate than this—shutting down business altogether. Over the past few months, hundreds of Russian banks have either closed their doors for business altogether, merged or been acquired by bigger, more competitive rivals. The local Russian banking sector has developed a reputation for a certain degree of mismanagement and lack of controls. With more than 820 lenders in operation before the crisis, the Russian banking sector had developed a macro balance-sheet position with a dangerously high ratio of bad loans. Faced with the economic downturn and the knock-on vulnerabilities and consequences, many of these banks have had to face up to the reality of their toxic-asset holdings, and this has forced them to close down business or merge with other banks. The banking and financial-services sector has grown to a disproportionate, hard-to-control size. It appears that only those with the largest, most-resilient balance sheets will be able to survive the turmoil that the Russian economy is suffering. 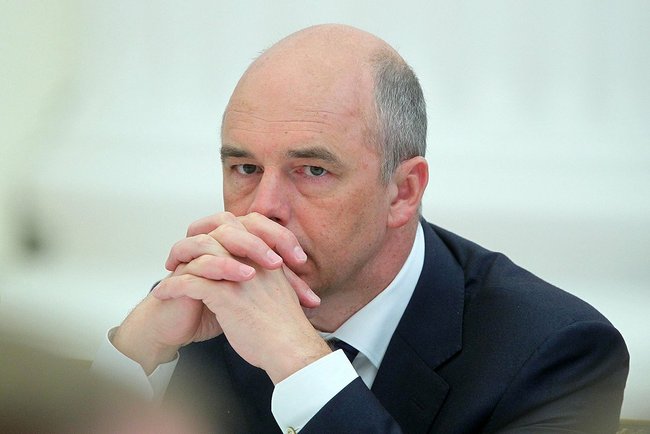 Anton Germanovich Siluanov, Minister of Finance for Russia, has had a lot to ponder lately

Global banks have been exiting Russian territories—seeking to cut their exposures to the volatile, high-risk region in addition to meeting the rules of the sanctions, which prohibit certain areas of trade and business between Europe- and US-based businesses with Russia. UK-based Barclays has exited Russia and closed all areas of retail-banking operations in the nation. Barclays, a British bank that bought a Russian lender in 2008, announced its plans in February of this year to sell its entire Russian retail operations—a move that involves writing off $393 million worth of goodwill. However, bank executives have argued that this move relates to an overarching global strategy at Barclays to exit less-profitable businesses and should not be perceived as a reflection on Russia. Most recently, KBC Bank, a Belgium-based bank, has closed a deal to sell its Russian banking setup and subsidiary to local Russian buyers so that KBC may exit its Russian-based business. In addition to Barclays, global banking giants such as HSBC of the UK and Santander of Spain have left Russia and divested their retail-banking setups in the country. With deal flows slowing down substantially, Paris-based BNP Paribas has also begun transferring staff to London and plans to continue doing so over the coming months. The same trend has been followed by Goldman Sachs and Deutsche Bank. Numerous bank employees from US bank workforces have been leaving Russian shores. These workers have been relocated to the financial hub of London for the time being. As the sanctions with Russia restrict business within the region, employees from bulge-bracket US banks, such as JPMorgan Chase and Morgan Stanley, are relocating out of Moscow; even those that directly cover the Russian sector are moving to London, such as JPMorgan’s head of Russian research, Alex Kantarovich, and his team. Perhaps unsurprisingly, banking and financial-services sector firms are increasingly receiving applications from candidates based in Moscow with a non-negotiable requirement included that the candidate be relocated to the UK or another European country.

Despite the exit of a number of global banks from Russian soil, US and EU banks are still very active with Russian business affairs. For example, JPMorgan remains a consultant to Russia’s finance ministry and very recently advised state-controlled natural-gas exporter Gazprom in a foreign-currency bond issue. JPMorgan also recently helped Alfa Bank arrange a $250-million debt sale. Although the perils of remaining operational within Russia may be clear to see and hard to swallow when it comes to bottom-line impact, a number of banks have been hesitant to leave the Russian nation. The fear of retaliation is a real and present concern for a number of banking executives and officials. Some banking leaders are showing reluctance when it comes to cutting staff headcount in Russia—for fear of offending Russian leaders, in particular those in the Kremlin—who may later recall who left Russia and who stayed. It is not only out of fear that these parties are reluctant to exit Russian operations. International bankers are also weighing the question of whether to maintain Russian operations, even when business is slow, to avoid being cut out of future deals. These business leaders may also be hoping that their loyalty will be better rewarded in the future and that by standing firm in Russia through this period of turmoil, they will later be rewarded with lucrative deals and business contracts from the Russian government once sanctions are lifted and some stability is restored to the economy. These banking executives, with their experience in the industry, are expecting a recovery in the Russian economic situation over the next couple of years and remain optimistic that the Russian markets will turn around sooner than expected. They believe their expertise and experience in the market has also taught them that sticking around through these hard times will reap huge benefits to them over the longer term. This pattern seemed to work well for a number of banks after the credit crisis—with many, such as Goldman Sachs, profiting in the country through the global commodities boom in the 2000s and opting to scale back rather than leave the country again after Russia’s war with Georgia in 2008 and the credit crisis. However, these optimists may have to take on board the fact that the Ukraine crisis goes much deeper than the most recent period of conflict—Russia has developed a position on a global platform that is in sharp divergence to Western ideals and values and is making it known publicly that Russian authorities will not be taking any measures to remedy this situation.

Thus, the Russian banking and financial-services sector is likely to be dominated by state-owned banks for the foreseeable future and over a longer-term horizon. The largest five banks in the sector account for almost half (48 percent) of all assets. As an example, Sberbank, the biggest bank in Russia, holds 58 percent of all retail deposits. Sberbank and VTB Bank are both becoming increasingly competitive and larger as they capture more and more market share. Further to this, Sberbank has been in negotiations to buy Troika Dialog, a local asset manager and investment bank as part of an aggressive expansion strategy. VTB has also recently purchased TransCreditBank, the country’s 13th biggest bank, and has plans to potentially purchase the fifth-largest bank in Russia, Bank of Moscow. Despite the inefficiencies in the market, the biggest banks operating in the Russian banking sector are becoming more transparent, and management has also improved overall at these companies. Having a number of smaller, inefficient banks close their doors for business may lead to a more streamlined, stable and efficient banking sector. The Russian banking sector needs some consolidation. Meanwhile, for foreign banks operating in Russia, the situation remains tough—as it is difficult to compete with large, state-owned institutions that control almost half of the banking sector’s total assets and also get better access to low-cost funding and high-quality borrowers. Consolidation may be good for the banking sector; however, there are still a number of risks with which to contend, such as corruption and poor lending practices. The concerns of money laundering and terror financing are also high risks for the Russian banking sector—and a high number of local banks are having their licenses revoked based on these issues. For example, 100 banks have had their licenses revoked by regulators over the last year. Very recently, Svyaznoy Bank (ZAO), Russia’s 96th-largest bank, received a six-month suspension from accepting new deposits and other banking activities based on the above concerns.

Meanwhile, on a wider scale, banking and economic parties across the globe are still wondering whether the Russian central bank will resort to quantitative easing (QE). The Russian economy is experiencing rapidly falling growth as well as soaring inflation. Despite this, Elvira Nabiullina, governor of the Central Bank of Russia (CBR), has ruled out QE. Russian policymakers are currently applying only interest-rate policy towards managing the economy. As the economy faces a deep recession, the nation may see a fall in GDP of 4 percent through 2015, according to CBR research and analysis. The central bank strategy as it currently stands will attempt only to lower interest rates towards controlling inflation. In December of last year, the CBR dramatically raised its base interest rate to 17 percent from 10.5 percent whilst attempting to prevent a collapse in the ruble’s value. The central bank has since been trying to gradually drop the base rate again—managing to get it as low as 14 percent in March of this year. These economic conditions make the Russian banking sector vulnerable and unstable. Analysts are forecasting a higher number of bank defaults through the remainder of the year—this poses a risk to global markets through spill-over effects. Global parties—both political and economic—will need to carefully monitor the continuing situation in Russia as any market shocks have the potential to harm the economy both within and outside of Russian borders.

No.1 Reason The Fed Will Shy Away From June Rate-Hike

Reply Retweet Favorite
When Data and Technology Combine in the Fight Against Fraud and Financial Crime By Chris Lewis, Head of Solutions,… https://t.co/k5OKZvYsdU