Top Posts
Interview with Mr. Olukayode Pitan, Chief Executive Officer and Managing...
Commodities Outlook for 2023
The Value of Cash in a Time of Crisis: How...
The US-Africa Leaders Summit: Fostering a Closer Relationship with the...
Three Key Sectors in Which to Invest in 2023
Three Key Stocks in Which to Invest in 2023
Home Banking Sampath Bank: Shaping Sri Lanka’s Banking Landscape
BankingCompanies 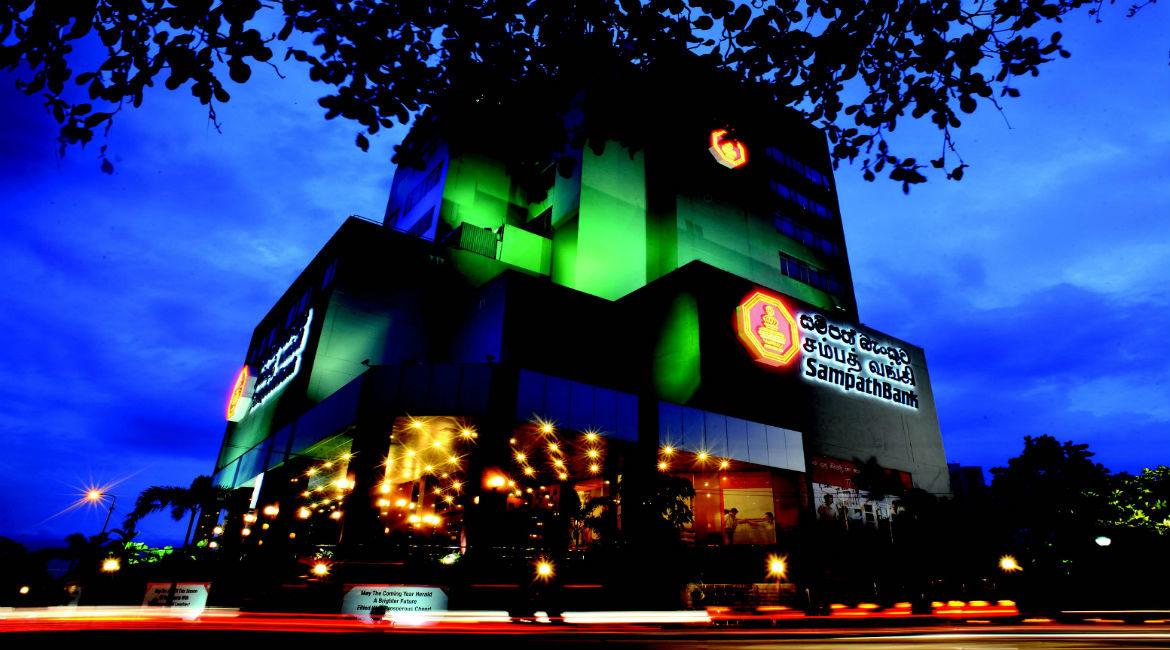 Since having been ceremonially opened for business in May 1987, Sampath Bank is today celebrating 29 years in business, during which time it has gained a reputation for being one of the country’s most innovative, forward-thinking and progressive banks. Its pursuit of technology-friendly, computerised solutions, even in its early years, marked Sampath Bank as a strong player distinctly set apart from its banking peers. The bank’s commitment to leveraging on new and emerging technology has enabled it to revolutionise the entire concept of banking in Sri Lanka.

Sampath has achieved numerous industry milestones along the way, often being the first to introduce global innovations and digitised solutions to the local market. The bank introduced the first debit card in South Asia in 1997. In 1988, Sampath Bank launched the first multipoint network of automated teller machines in Sri Lanka, and it also became the first Sri Lankan bank to introduce the Cardless Cash ATM.

In today’s highly competitive, fast-paced and technology-driven world, it’s imperative for banks to constantly integrate new platforms and digital solutions into their customer solutions while anticipating emerging trends. Constantly being the first to incorporate technology into its offering has become part of Sampath Bank’s ethos over the years. The bank has taken significant initiatives to use technology to enhance the customer-centricity and user-friendliness of its entire online banking process. This has positioned Sampath Bank as one of Sri Lanka’s “most future-friendly banks”. While being a pioneer in digital banking in Sri Lanka, the bank continues to mould new platforms and applications to its solutions, with the aim of enhancing the banking experiences of customers. 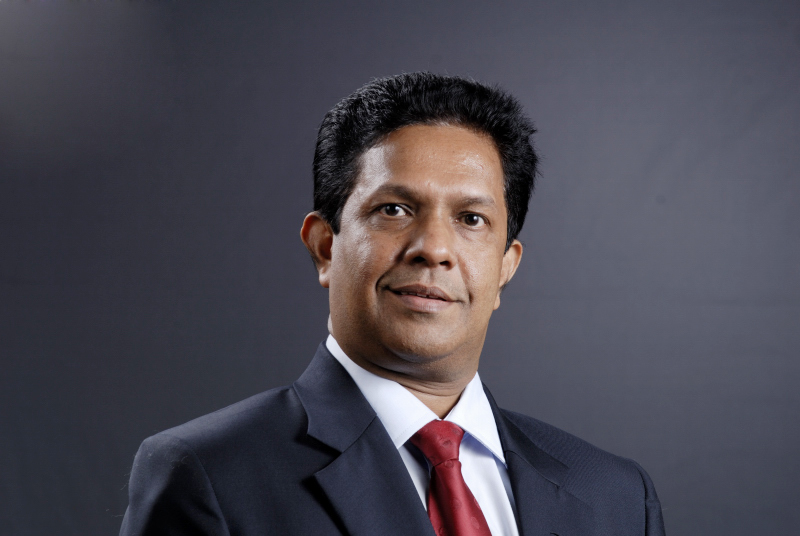 This innovation-centred ethos has led to Sampath Bank being bestowed many accolades and awards over the years from some of the most prestigious names in the global finance industry. Most recently it was awarded Best Commercial Bank 2016 and Best Retail Bank 2016 in Sri Lanka for the third consecutive year by World Finance, and Sri Lanka’s Best Bank 2016 by Euromoney. Sampath Bank was also the recipient of The Best Managed Bank Award 2016 and The CEO Leadership Achievement Award 2016 at the recently held Asian Banker Leadership Achievement Awards programme in Vietnam. The bank was also 2015’s recipient of the critically acclaimed The Banker of the Year Award presented by The Banker of the Financial Times Ltd, London.

The bank’s success can be primarily linked to its robust and superior commercial-banking and retail-banking businesses. Today, Sampath Bank’s network includes 226 branches located island-wide, 379 ATMs and 85 automated cash-deposits kiosks for customers to conveniently perform self-service cash deposits without the need to join queues. Sampath Bank’s retail-banking operation boasts services that are distinctly different from other banks in the country due to its use of technological innovation to redefine standard bank functions. The offerings are all tailored to address the needs of its island-wide customer base. Missed Call Banking, for instance, involves customers receiving their account balances on their phones by dialling a Sampath Bank’s number and disconnecting the call. The balance is then transmitted via SMS to the customer in less than a minute.

Sampath Bank also introduced Automated Teller Safe, which has automated most standard teller functions, including counting and sorting; this in turn has helped the bank to improve its teller efficiency. In keeping with the bank’s thirst for exploring modern banking solutions, moreover, Sampath Bank has successfully established branchless banking, particularly through its online and mobile platforms, as an effective way to provide access to banking services for the un-banked and under-banked populations.

Sampath Bank’s commercial-banking operation, meanwhile, has delivered similarly stellar results lately. Despite challenging conditions, Sampath Bank achieved a record profit-after-tax growth of 24.8 percent. This was coupled with a very healthy return on equity of 18.42 percent; indeed, the two metrics were the highest recorded in Sri Lanka’s banking industry in 2015, while the net-interest income growth was 10.7 percent for the year. Furthermore, fee- and commission-income growth was at the top of the industry at 28 percent, principally via significant expansion of business volumes in operations and inward remittances.

In addition to its retail and commercial operations, the bank is heavily involved in financing projects aimed at triggering large-scale economic development in Sri Lanka. The bank has a strong foothold in the non-conventional renewable energy (NCRE) sector, and its Project Finance Division has now started lending to micro, small and medium-scale enterprises (MSMEs) seeking to become involved in NCRE as a way to promote the sector throughout the country. The bank’s entrepreneur-development programme, Sampath Saviya, supplies both technical and financial support to new MSMEs as well as to businesses that lack resources required for growth.

Sampath Bank maintains strong relationships with networks outside the country, particularly with foreign correspondent banks. This has been mainly achieved by growing export volumes, which has resulted in 2015 witnessing a 26-percent rise in net fee and commission income on trade services and international operations, with import- and export-trade portfolios growing by 25 and 15 percent respectively. Concurrent to this growth has been the bank’s rising success in the telegraphic transfer (TT) market, the electronic transfer system used for overseas wire transactions. The bank’s import TT volumes grew by 46 percent in 2015, while development of the bank’s comparatively nascent export TT operation led to a healthy 19-percent growth for the year. As a result of the bank’s growing overall presence in TTs, fee-based income from this business rose by 22 percent during the year.

The bank’s successful customer-centric approach is a reflection of the drive and efficiency of its employees. Sampath Bank’s commitment to improve its employees’ work environment and overall satisfaction resulted in a staff retention rate of 97 percent in 2015—the highest retention rate recorded in the industry. Employees are empowered to add value to their daily roles, while the bank remains focused on ensuring each person has a clear career development path. Keeping in line with the bank’s digital-focused approach to business, employees are constantly educated and trained via the bank’s e-learning hub, which has been designed to be accessible even through mobile applications, providing employees the convenience of not having to be at their work stations to focus on training and development.

Sampath Bank, from its inception, has been actively involved in the communities in which it operates, with sustainability initiatives that span the island and positively impact the country; corporate social responsibility (CSR) is more a duty than a corporate obligation, and should go beyond core-business-related areas while assisting the country with solving emerging issues. An example of this was the large-scale initiative the bank funded to install water-purification units in rural Sri Lanka, which has allowed citizens in remote areas plagued by chronic kidney-disease incidences to have access to clean water that will negate the issue. Sampath Bank has been repeatedly recognised for its sustainability initiatives over the years. The bank was applauded as the most “nation-minded” entity for the third consecutive year in 2016 by Sri Lankan business magazine LMD, while also clinching the Overall Best Corporate Citizen 2015 award from the Ceylon Chamber of Commerce.

Through the years, and with many milestones, innovation has become a key part of Sampath Bank’s DNA and is imbued in every member of the team, prompting them to always seek ways to infuse new technology into all possible aspects of the business. Sampath Bank’s digitisation initiatives and introductions have provided the impetus for Sri Lanka’s banking industry to embrace technology-led solutions, uplifting the wider economy in the process. Sampath Bank continues to provide resourceful and innovative initiatives and has proven time and again its commitment to better the nation—today, tomorrow and into the future.

Vietnam Prosperity Bank: A Banking Industry Leader in the Making