Top Posts
Challenges Remain, But There Are Opportunities to Be Had in...
Interview with Mr. Olukayode Pitan, Chief Executive Officer and Managing...
Commodities Outlook for 2023
The Value of Cash in a Time of Crisis: How...
The US-Africa Leaders Summit: Fostering a Closer Relationship with the...
Three Key Sectors in Which to Invest in 2023
Home Banking Small Chinese Lenders under Pressure as China Emerges from the Pandemic
Banking

Small Chinese Lenders under Pressure as China Emerges from the Pandemic 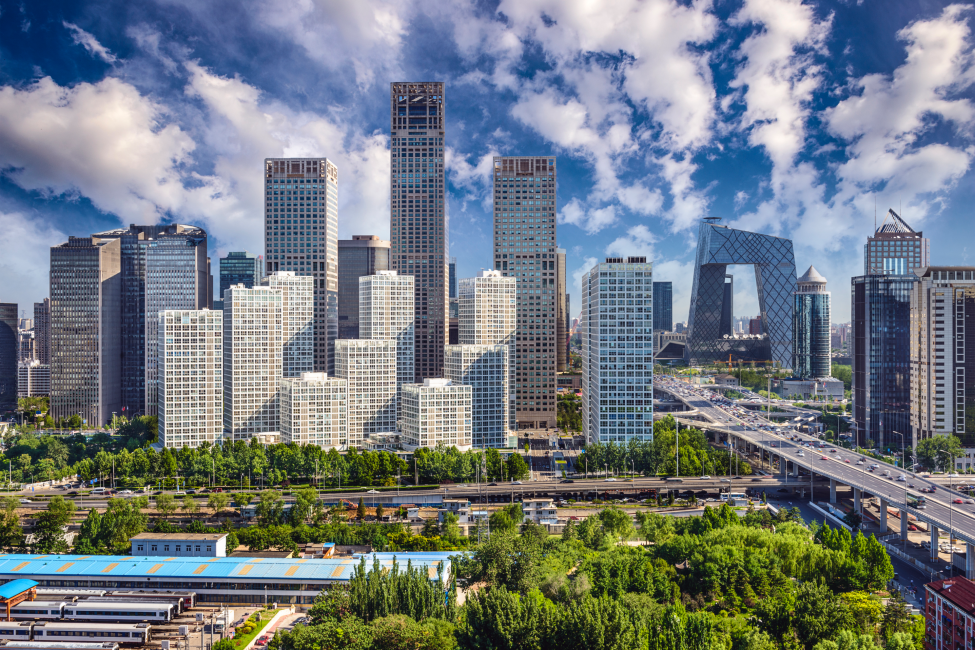 In recent months, Chinese lenders have faced increasing calls to ramp up their lending as Beijing seeks to prop up the economy in the face of the slowdown triggered by the pandemic. Now, small banks are feeling the heat as a mixture of excessive lending, bad loans, and accusations of corruption have left many rural lenders struggling.

The approximately 4,000 small banks across China account for around one-quarter of the total assets in the country’s banking system. For decades, these banks have played a vital role in supporting China’s rural economy and the development of its agricultural sector. Since the country’s rural areas are home to 40 percent of its population, there is a clear need for these rural banks to operate efficiently.

However, runs on small Chinese banks have become increasingly frequent in recent years, particularly as a result of illicit activity and corruption, with a corresponding increase in punitive actions against smaller lenders by authorities. For instance, regulators took control of Inner Mongolian lender Baoshang Bank in 2019 in the first such action since 1998 after it emerged that the oligarch Xian Jianhua’s Tomorrow Group had been using the institution as a corporate slush fund and driven it into bankruptcy after extending more than 150 billion yuan in loans to the group.

Today, there is considerable concern over the degree of criminal activity pervading smaller Chinese lenders. In April, the customers of four rural banks in Henan Province (Yuzhou Xinminsheng, Shangcai Huimin, Zhecheng Huanghuai, and Guzhen Xinhuaihe) and a village bank in Ahui Province (Guzhen Xinhuaihe) found that they could no longer withdraw money. Most of their accounts have remained frozen, sparking major protests in both provinces.

According to a preliminary investigation by the China Banking and Insurance Regulatory Commission (CBIRC), a shareholder, the Henan New Fortune Group, had taken control of the five banks through “internal and external collusion” and illegally accepted deposits from savers. “The biggest shareholder of the four lenders, Henan New Fortune Group, is suspected of raising funds illegally using online channels and third-party systems in collusion with bank insiders,” a regulator for the commission reported.

Though by law the local banks can accept deposits only from local customers, regulators also alleged that certain banks had used “third-party platforms” to obtain funds from outside the region, including the fintech unit of Baidu and 360 DigiTech. The CBIRC announced in May that Henan New Fortune had illegally appropriated public funds through, again, internal and external collusion as well as the use of such third-party platforms and fund brokers. Xuchang police also confirmed that, since 2011, “a criminal gang led by the criminal suspect Lu Yi has used the Henan Xincaifu [New Fortune] Group to effectively control several rural banks by cross-shareholding, increasing capital and shares, and manipulating bank executives among other means.” The commission pledged to strengthen oversight of shareholders at small and medium-sized banks (SMBs) and enforce curbs on the misbehavior of major owners.

The banking system of Liaoning Province in northeastern China, home to some 75 SMBs, including city-based commercial and rural institutions, has also suffered from extensive corruption. In the first five months of this year, the CBIRC took disciplinary action against 63 SMB executives. Regulators discovered that lenders have been extending loans to major local companies without undergoing the necessary credit-risk checks. Such activity has fostered a culture of corruption, thereby endangering the liquidity of the local banking sector, which has been unable to generate positive net interest margins because the interest income on loans has been insufficient to match the interest being paid on customers’ deposits. “Some small and mid-sized banks were put together quickly, and some have ulterior motives such as making loans to themselves. Governance is a problem. Risk control is another problem,” Joe Zhang, a Chinese central banker in the 1980s and author of the 2013 book Inside China’s Shadow Banking: The Next Subprime Crisis, told the South China Morning Post in mid-June.

Concerns are also growing over the ability of financial institutions to withstand the mounting bad debt from both individual and business customers resulting from the COVID-19 crisis. The CBIRC confirmed in May the disposal of a whopping 2.6 trillion yuan ($388 billion) in bad debt at smaller banks over the past few years. According to CBIRC spokesperson Qi Xiang, SMBs have now had to grapple with a further rise in bad loans this year, disposing of 594.5 billion yuan in bad loans from January to June, an increase of 118.4 billion yuan from a year earlier. Calculations by Reuters put the figure for June alone at 200.2 billion yuan.

Indeed, China’s rural commercial banks have consistently extended most of the country’s small business loans while maintaining relatively high non-performing loan (NPL) ratios and limited buffers against potential bad loans. According to the CBIRC, the outstanding balance of loans to small-business borrowers with a credit line of up to 10 million yuan for such banks reached 6.397 trillion yuan as of March 31, equivalent to 13% of the total assets of all rural commercial banks. The regulator’s data also showed that, at the end of Q1, rural banks’ aggregate NPL ratio was 3.40%, much higher than the 0.65% and 1.96% for large commercial and city commercial banks, respectively.

The industries served by China’s small rural banks include retail in addition to farming, sectors that were hit particularly hard by the COVID-related shutdowns. Nonetheless, the government has been pressuring banks to support the economy by boosting their lending to small firms, especially in the hard-hit sectors. Data from the ratings agency Fitch Bohua for January to May, for instance, show that sales of subordinated bonds by local banks amounted to nearly 400 billion yuan, a 42% increase over the previous year. “With the mandate to support growth, banks will be asked to sacrifice their profitability for the greater good of the economy,” observed Gary Ng, a senior economist Asia-Pacific at Natixis. “And small banks are likely to take a bigger hit with more challenges in asset quality due to their higher exposure to real estate and [small and medium-sized enterprises],”

Indeed, the pressure on the real estate sector has become severe. Normally, deals with homebuyers finance the construction of the properties through early mortgage payments. As the lack of liquidity delays an increasing number of projects—including, most notably, the massive debt crisis facing the major Chinese real estate developer Evergrande—thousands of homebuyers are now refusing to make mortgage payments on unfinished residential properties. As a result, China’s real estate sector now presents a growing risk to its banking system.

Data from China Real Estate Information Corporation indicate that homebuyers across 18 provinces and 47 cities had stopped making payments by July 13. “If they cannot trust any of the banks anymore, and they already don’t trust the housing market, then what would that do to people’s sense of security about their livelihoods?” Zhiwu Chen, a professor of finance at the University of Hong Kong, told the New York Times on July 19. “The extent of this anxiety shared by people is increasing very fast. It’s not good for social stability.” Accordingly, the CBIRC has pressed banks to increase lending to real estate developers for the completion of such projects.

A major effort is needed to ensure the long-term stability of China’s smaller lenders, though, particularly during this period of subdued growth following the reopening of the economy after the pandemic. “Right now, the small to medium-sized rural banks are still facing challenges when it comes to sustainable development,” Everbright Securities noted in late May. “In some parts of the country, the aggregate risks are still large; it will require a bigger effort to tackle.”