Top Posts
How Gamification is Catapulting Digital Banking to the Next Level
Challenges Remain, But There Are Opportunities to Be Had in...
Interview with Mr. Olukayode Pitan, Chief Executive Officer and Managing...
Commodities Outlook for 2023
The Value of Cash in a Time of Crisis: How...
The US-Africa Leaders Summit: Fostering a Closer Relationship with the...
Home Banking Social Media as a Tool for Banks to Experience Meaningful Customer Engagement
Banking 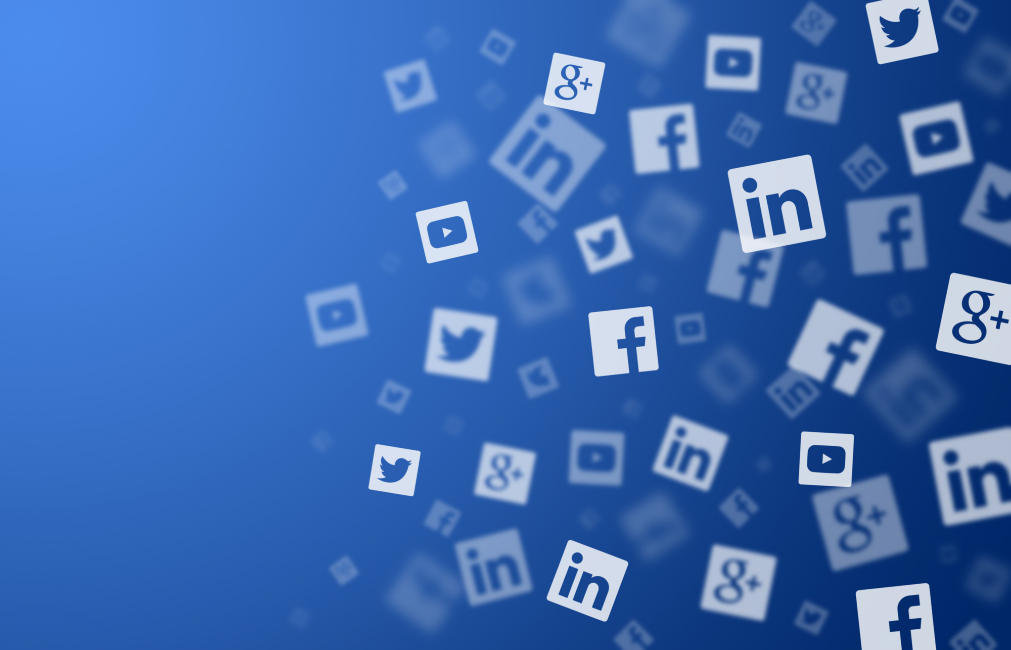 Some people need it on a daily, if not hourly, basis. Others use it more sparingly, whilst some are completely dead set against it. But perhaps among the most significant trends social media has experienced in recent years is its use by businesses. Whether to boost brand awareness, expand consumer base, enhance customer experience or inform about products and services, the effective use of social-media platforms is proving to be a crucial tool in the arsenal of company marketing strategies.

And this certainly applies to the banking sector. The last decade has increasingly seen banks all over the world ramp up their social-media strategies, primarily as a way to improve customer experience and expand business opportunities. According to Denyette DePierro, regulatory counsel at the American Bankers Association (ABA) and an expert on social-media policy and practice, the 2010s saw massive changes in banks’ approaches towards social media. While there may have been considerable hesitation from lenders initially about engaging on social-media channels and notable discomfort over developing content, handling customer complaints on social channels and fielding questions related to compliance, the last five to ten years have seen attitudes change significantly, such that banks are now capitalising on the reach that popular social-media platforms facilitate with more enthusiasm than ever before. 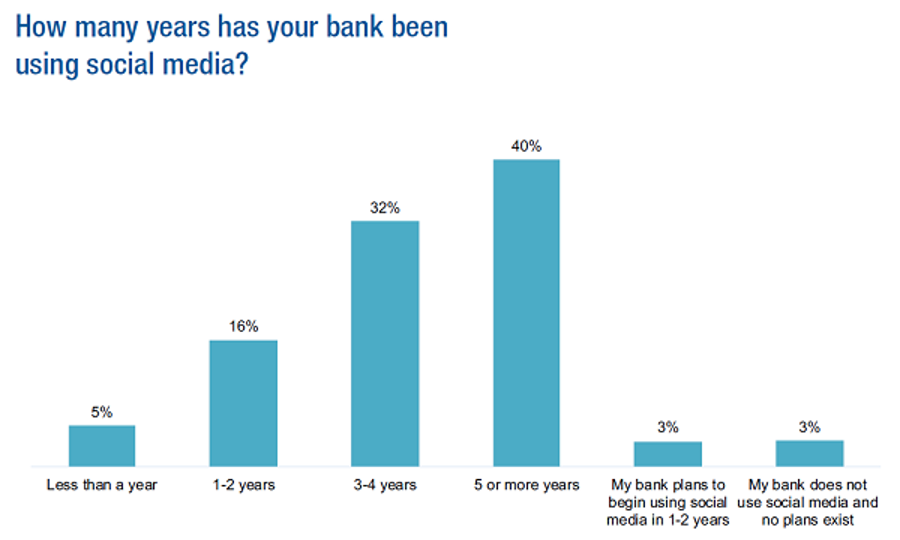 This can be clearly observed by examining the results of the ABA’s 2019 report “The State of Social Media in Banking”, which provides highly useful insights into banks’ social-media practices in recent years and also highlights sharp contrasts with the results obtained for the ABA’s parallel study conducted in 2016. For instance, there is clear evidence that banks’ use of social media matured between the publications of the two reports, with 40 percent of the more than 430 banks surveyed for the 2019 version confirming that their institution had used social media for five years or more. This is up from the 25 percent recorded in the previous version.

Furthermore, just 3 percent of respondents said their banks did not use social media but would be adopting it within a maximum two-year timeframe, and only 3 percent said they had no plans to engage with any social-media channel at all. Banks have also raised their activity levels on social media since 2016, with 87 percent being somewhat or very active on their accounts, and only 13 percent being dormant or not very active, which is less than half of the 27 percent recorded in the 2016 report.

So, what’s behind this recent enthusiasm? For a start, banks have realised that they must go well beyond simply having a social-media profile with a link to their homepage and a few generic stock images of business executives in meetings. Instead, they are using channels such as Facebook, Twitter and Instagram to connect with their customers on more personal bases than would otherwise have been possible. In turn, this is creating much deeper connections with customers, whereby their queries and concerns can be addressed more efficiently and informally—friendlier. It’s also not controversial to assert that finance can often be a dry subject to discuss, whether account opening, loan products or banking-industry regulation. But by fully acknowledging this view, banks are now successfully using social media to be more creative in dealing with financial topics and making them more engaging and appealing to customers.

“From those beginnings, we’re seeing many banks becoming very sophisticated users of social media, very open to having a social media presence. They’re engaging sometimes with very formal, financial education type content, and sometimes almost silly with contests, giveaways, videos of staff and bank mascots having their own Facebook pages,” DePierro noted in 2019. “It has been intriguing to see the transition from the start to where we are today. Banks, especially community and mid-sized banks, are involved with their communities in a light-hearted way, and to see them engage that way through social media, it’s really lovely to watch.”

Among the most successful banks in this regard is Toronto-Dominion Bank (TD Bank), which is one of the biggest financial institutions in North America. Much of TD Bank’s success is rooted in recognising the importance of its customers, something that has been no more clearly exemplified than through #TDThanksYou, an annual campaign that rewards individual customers with gifts and other surprises. But those rewards are highly tailored towards alleviating specific problems that individual customers have faced in their personal lives. The first #TDThanksYou campaign in 2014 saw 30,000 customers receive such tailored rewards in this manner, with the bank creating a video of some of them receiving their prizes—a video that went viral with almost 25 million views.

Today, that campaign continues and has even been extended to rewarding customers and colleagues who are making positive changes within their communities, with last year’s campaign recognising those who helped their communities during the pandemic. “Across TD, our colleagues and customers as well as community organizations that we work with have stepped up for one another in incredible ways during these challenging times to help solve real issues arising due to the pandemic,” said Theresa McLaughlin, global chief marketing, citizenship and customer experience officer, TD Bank Group.

Such initiatives that not only raise the public’s awareness of positive changemakers but actively engage and reward customers have proven incredibly popular in terms of social-media engagement and following. They have allowed TD Bank to build its reputation as a bank that genuinely cares about its customers’ welfare and gives back to communities, as well as enabling it to build brand loyalty and develop deeper connections with its customers over social-media channels. “The world is moving to a place where it’s all about personalization,” McLaughlin said in 2018. “People are choosing brands with purpose. As the world goes more and more digital, our customers are telling us that they want to stay connected and have an emotional connection and work with a financial partner with a soul. TD has always had that soul, and this is bringing that common ground to life.”

With such success being similarly achieved by other banks, it is now an exciting time for the industry as a whole in terms of how it can leverage social media for more meaningful customer engagement and uncovering more potential business opportunities. Where does the industry go from here? According to EVERFI, a financial-education and community-engagement organisation, there are five key ways in which banks can use social media in 2021:

Clearly, the banks’ use of social media is still in its early stage and evolving. But this hasn’t stopped it from becoming a critical tool for not only developing better customer relationships but also changing the very essence of the relationship between a bank and its customers. In so doing, customers’ perceptions of the banking industry will certainly be more positive—something that has been sorely needed since the 2008 global financial crisis—while banks are afforded the chance to understand their customers’ financial needs and challenges in a more granular manner than has ever been possible before.

Now We’ve Left the EU – What’s Next For AML?

Autonomous Finance Is the Future