Top Posts
How Gamification is Catapulting Digital Banking to the Next Level
Challenges Remain, But There Are Opportunities to Be Had in...
Interview with Mr. Olukayode Pitan, Chief Executive Officer and Managing...
Commodities Outlook for 2023
The Value of Cash in a Time of Crisis: How...
The US-Africa Leaders Summit: Fostering a Closer Relationship with the...
Home Banking SSA Banks Have Become So Risk-Averse, Thanks to the Actions of Their Governments
Banking

SSA Banks Have Become So Risk-Averse, Thanks to the Actions of Their Governments 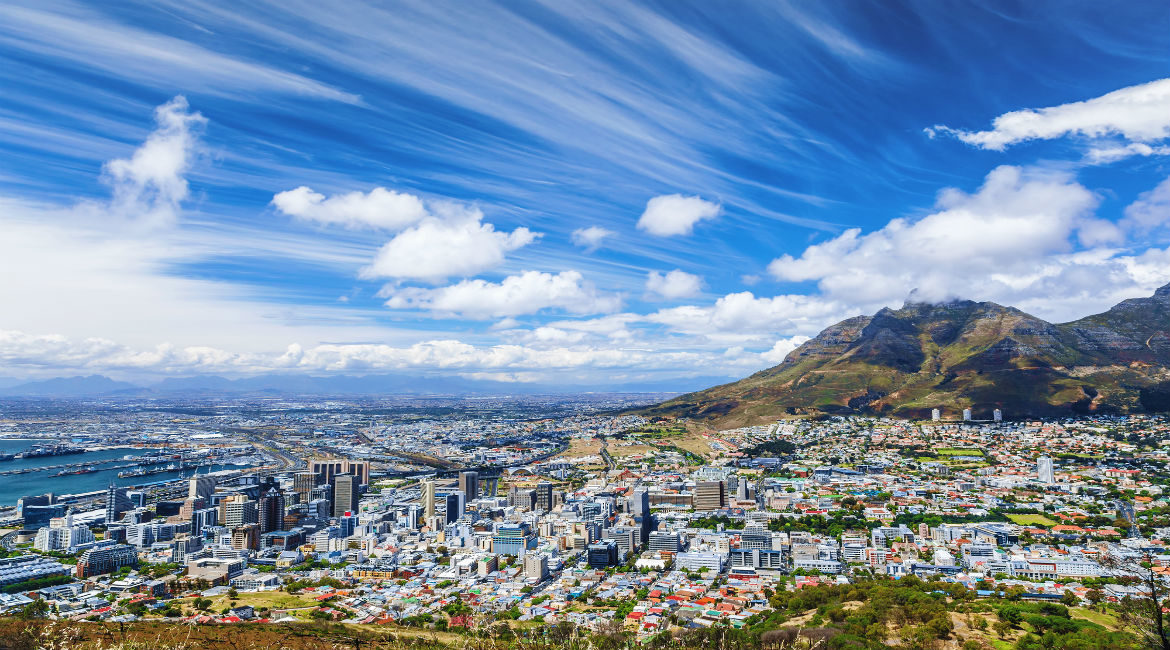 Sub-Saharan African (SSA) banks are not lending. While it started off as a reaction to a general weakening of the lending environment in Nigeria and Kenya, the risk-aversion seems to have engulfed the region for the entirety of 2017 and the better part of 2018. The International Monetary Fund (IMF), in its October 2018 SSA Regional Economic Outlook, printed 2017 annual private-sector credit growth at a measly 3.5 percent, slightly up from the 3.3 percent it presented in the April 2018 edition. This compares unfavorably to the 12.3-percent growth recorded in 2016. In the first half of 2018, our analysis of SSA’s top 11 credit markets—namely South Africa, Nigeria, Kenya, West African Economic and Monetary Union (commonly referred to by its French acronym UEMOA), Ghana, Angola, Zimbabwe, Zambia, Botswana, Tanzania and Uganda—showed that bank lending registered a paltry 2 percent, on average terms. However, expectedly, banks redirected liquidity into government-issued debt securities, which usually takes the form of Treasury bills and bonds.

Indeed, Ecobank Research analysis across 21 SSA countries has shown that the share of government securities, as a proportion of banks’ balance sheets, rose sharply by a staggering 300 basis points year-on-year to stand at 21 percent at the end of 2017. At the same time, growth in loans remained flat year-on-year. Nominally, commercial banks invested a staggering US$8.7 billion in Treasury bills and bonds, while no liquidity went into lending to the real economy. Let’s add some context to this. The modern monetary system places commercial banks at the top of the money-supply engine. Banks, which are at the forefront of deposit intermediation, take money from the public and use the same to create loans, in the process increasing money supply. This critical function helps reallocate otherwise idle capital to productive enterprises through a variety of stake-holding structures. However, in this capital-reallocation game, commercial banks aren’t ordinarily expected to lend to central governments as a business strategy, except only as part of liquidity management—both for regulatory and internal requirements. Because customer loans are generally illiquid, partly because SSA still lacks an active secondary-loans market, banks always need to maintain a certain portion of their asset books in near-cash (or liquid) form, ostensibly to take care of depositors who may want their money back. This is the reason why a number of watchers have designated a situation in which central-government lending is at the core of business strategy as lazy banking. 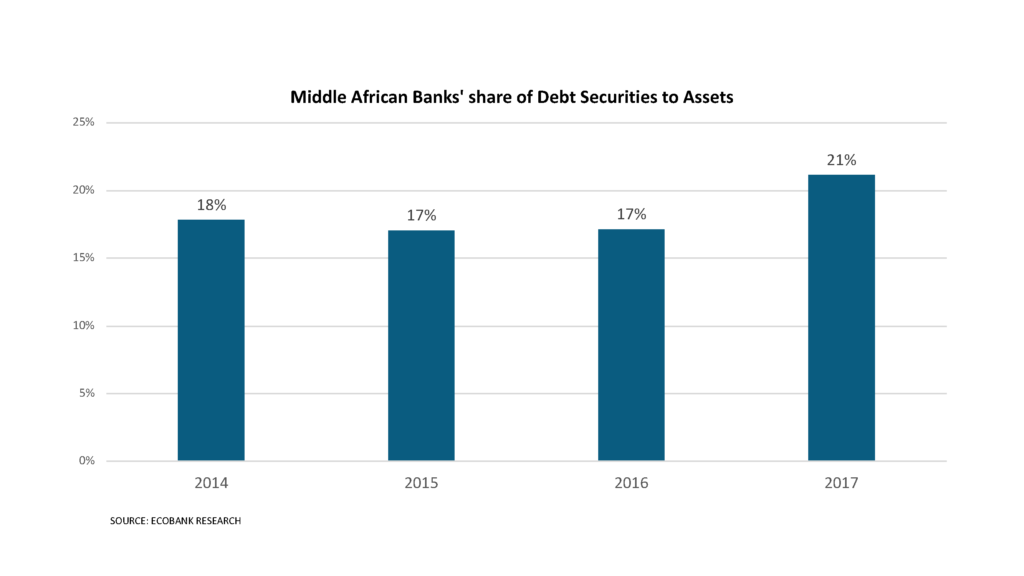 However, in all fairness, one could argue that banks have had some justification.  First, there has been a sustained elevation in credit risks across SSA. At the close of 2017, Ecobank Research data showed that 7.5 percent of SSA banks’ loans were classified as nonperforming, in US dollar terms. Behaviorally, banks have tended to tighten risk-admissibility criteria in times of stress. Resultantly, banks across the region, in a synchronized pattern, generally slowed down the pace at which they lent. Data from the April 2018 edition of SSA Regional Economic Outlook by the International Monetary Fund (IMF), which showed that annual private-sector credit growth in SSA had plunged to 3.3 percent in 2017 from 12.5 percent in 2016, corroborated this. Second, pushed by elevated fiscal deficits, SSA governments’ aggressive fiscal-deficit-financing actions from domestic debt markets played a much greater role. Data from the IMF shows that SSA’s overall fiscal deficits, excluding grants, rose to 5.4 percent in 2017—which represents more than double growth from the 2.5 percent printed in 2012. Traditionally, governments have relied on domestic borrowing as the primary resort. By deepening domestic borrowing in 2017, a number of governments in the region crowded out the private sector, which, in turn, incentivized banks.

For instance, in Zimbabwe, the government’s penchant for borrowing saw commercial banks’ holdings of government-issued securities rise from just 7 percent of total assets at the close of 2014 to a staggering 30 percent by the close of 2017. Indeed, the fact that Zimbabwe’s economy is dollarized offered additional incentives for banks. Nigeria and Ghana were additional classical demonstrations of this crowding-out. In Nigeria, the Central Bank of Nigeria (CBN) mopped up excess local currency liquidity by selling to banks shorter-dated securities (technically known as CBN bills), the price tags of which averaged about 20 percent and attracted zero tax. In Ghana, the interest rate on 12-month local-currency Treasury instruments averaged 16.5 percent; and while it compared unfavorably to the 2016 average of 23 percent, it still represented a significant premium for banks to avoid taking real risks. We also noted a similar trend in the Central African economic zone, widely known by its French acronym of CEMAC (Economic and Monetary Community of Central Africa), where banks’ share of government-issued debt securities, as a proportion of their balance sheets, doubled from 7 percent in 2015 to 14 percent at the close of 2017. Third, as captured in my previous article in the International Banker, the regulatory environment appears to be getting tighter, and regulators have been upping the ante since 2016. In the article, I cited Uganda and Ghana, both of which introduced sweeping changes to their regulatory environments. In Uganda, the Bank of Uganda rolled out the following: (i) raising the minimum Tier I capital ratio (CET 1, or common equity Tier 1, ratio) from the then current 8 percent to 10 percent; (ii) introduction of two capital buffers: a capital-conservation buffer of 2.5 percent (of risk-weighted assets, or RWAs) and a macro-prudential, countercyclical capital buffer of 2.5 percent (of RWAs), to be triggered in circumstances of excessive credit growth; and (iii) a 1-to-3-percent capital buffer (of RWAs) for domestic systemically important banks (DSIBs). In Ghana, banks have until December 2018 to raise minimum paid-up share capital to 400 million cedis. 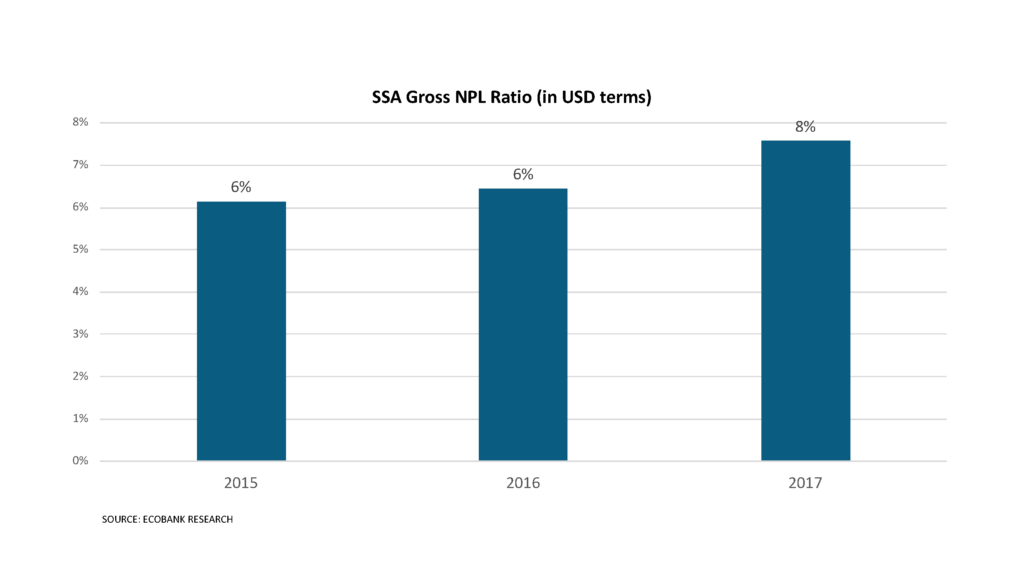 However, since then, three more regulators have joined the fray. In UEMOA, the regional central bank, the BCEAO (Banque Centrale des Etats de l’Afrique de l’Ouest), has adopted a number of Basel II and III principles: (i) it has introduced capital requirements for operational and market risks and increased the minimum capital-adequacy requirements to 9 percent, which should comprise a minimum of 5 percent common equity Tier 1 (CET 1) capital and 6 percent total Tier 1 capital; (ii) it has introduced capital buffers and surcharges (mainly a common equity capital-conservation buffer of 2.5 percent); and (iii) it has reduced the single large-exposure limit to 25 percent of banks’ Tier 1 capital from 75 percent. In Rwanda, the central bank has introduced Basel III liquidity principles of the liquidity coverage ratio (LCR) and net stable funding ratio (NSFR). Finally, in Kenya, the Parliament made minimal alterations to its famous interest-cap law, legally known as the Banking (Amendment) Act, 2016, by deleting the deposit floors but chose to retain the loan-pricing cap; which means that while banks will enjoy some reprieve in terms of margins, funding will remain key to the full enjoyment of that reprieve. Additionally, they must still find alternative ways of volumizing business.

Broadly, these regulatory changes, except in the Kenyan case, have capital implications and generally tend to slow down the pace at which banks onboard risk assets.

But we have noted a shift in 2018. With banks continually training their sights on government debts, the supply-demand pendulum appears to have been stuck on the supply axis, triggering softening in debt yields. For instance, in the CEMAC, we have noted a downward shift in the yield curve of debts issued by member countries. Indeed, for Cameroon, the zone’s single largest local-currency sovereign-debt issuer, the cost of both short- and long-term issuance appears to be on a nose-down trajectory, after two years of elevation. In May 2017, a 5-year debt yielded 7.34 percent in Cameroon. By June 2018, the same debt yielded 6.17 percent. In response to this near yield-curve inversion, we, at Ecobank Research, have noticed a pause in the pace at which banks have lent to central governments. Indeed, in the second quarter of 2018, central-government lending declined by 8 percent quarter-on-quarter across our aforementioned basket of 11 credit markets.  This has left us wondering about the next growth story for earnings. But we are not alone in that puzzle. Investors have also seemingly noted the same and promptly reacted by discounting bank stocks. In Middle Africa, our regional coverage basket of bank stocks, as measured by the Ecobank Middle Africa banking index for top 15 listed banks (EMB-15 Index), have largely underperformed, returning -7 percent return on the US dollar in the first nine months of 2018.

Consequently, to reverse this trend—and improve their valuations—banks must kick start lending in 2019.

Technology and Collaboration: Harnessing Opportunities in the Evolving World of Trade