Top Posts
Could Big Tech’s Iron Grip on Digital Advertising Soon Come...
Can Recent Oil Discoveries Prove to be a Boon for...
Is It Time to Explore an Alternative to Fractional-Reserve Banking?
Can AgTech Prove Instrumental in Helping to Feed the World’s...
Can the Indo-Pacific Economic Framework Expand US Economic Influence in...
Banks Remain Uniquely Vulnerable to Sophisticated Cyber-Attacks
Home Banking Strengths of Banking in Emerging Markets
Banking

Strengths of Banking in Emerging Markets 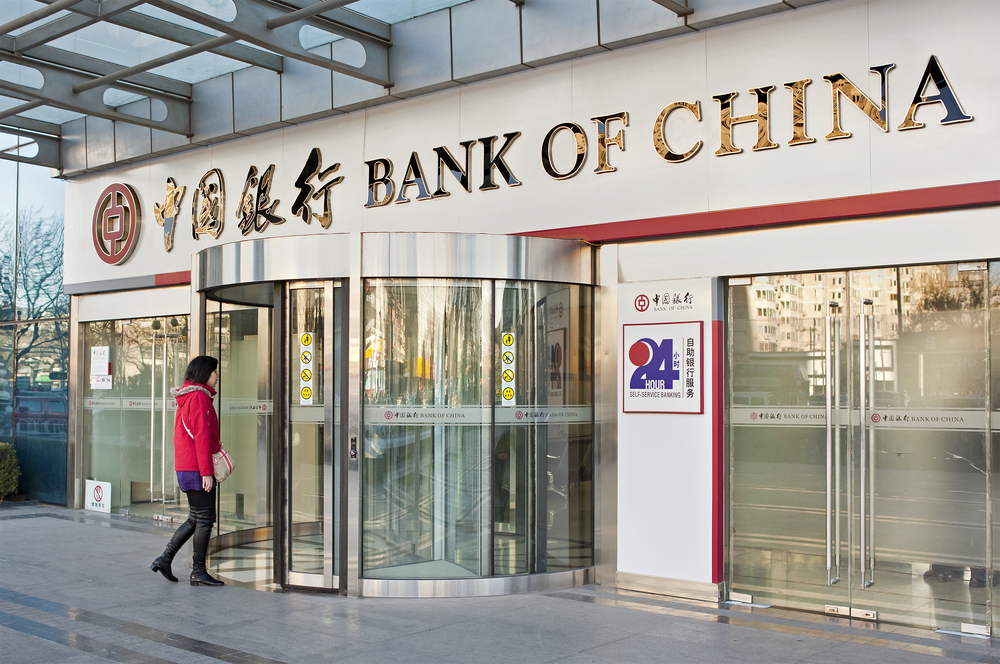 Emerging-market countries have a steadily growing share of world GDP, which is quickly catching up with the share of developed countries. A rapid rise in young consumers, a vast and growing skilled labour force and the inevitable globalization have acted as engines of growth in these countries. BRICS countries (Brazil, Russia, India, China, South Africa) have a high current account balance and a large inflow of FDI (foreign direct investment). China has built the world’s highest foreign-exchange reserve. The combined forex reserve of BRICS is above $4.4 trillion, with a population share of 43 percent. This economic setting is ideal for the growth of a strong and viable banking industry.

Domestic banks have maintained a strong presence in most of these countries. Emerging markets offer some unique growth opportunities for international banks from developed markets also. However, some analysts think that EM countries, being closely interconnected to developed markets, share the same slowdown risks. Such risks manifest as currency weaknesses and market collapses, as was evident in the cases of turbulence seen in South Africa and Turkey.

While the Chinese economy is growing at 7.7 percent, and India is hoping theirs will grow at 5.5 to 6 percent in the short term, EM countries hope to maintain a growth rate that is at least three times higher than the growth rate of the developed world.

Most EM countries, such as Vietnam, Philippines, India, Indonesia and Brazil, are the rapid-growth markets with high rates of population growth, literacy growth and a growing middle-class segment with noticeable changes in lifestyle. Low per-capita countries, such as Nigeria, Kenya and Vietnam, have the highest scope for expansion in banking and other financial services. Their bank-asset to GDP ratio is below 50 percent.

Egypt, Indonesia and Columbia provide a medium outlook as their penetration of banking is considerably higher. While India has a bank-asset to GDP ratio of 65 percent, Brazil has a ratio of 80 percent.

High per-capita-income countries, such as Malaysia, Mexico, Chile, Turkey and South Africa, offer a slightly lower rate of growth opportunity, with increasing wage costs and banking markets reaching some degree of saturation. The ratio of bank assets to GDP in this category of countries is around 100 to 125 percent.

EM banks have been addressing the challenges of better risk management with better info management, investment in technology and collaborative partnership to improve capabilities and best practices. Consequently these banks can grow very quickly in growth markets; in fact, much faster than their respective GDP growth rates.

Asian banks in EM countries as an aggregate are expected to grow approximately 14 percent until the end of 2020. Demand is rising rapidly for different forms of credit and product variety, due to rapid urbanization and rising aspirations of the middle class. A larger proportion of youth in the population has ensured an accelerated growth rate, as compared to the ageing populations of developed countries.

Local banks are adopting regional strategies for competing with international banks. The knowledge of customers’ specific requirements and socio-cultural aspects is helping these banks to customize their products and offerings. Innovative among local banks are developing digital banking business models, which are highly customer centric. Smart devices are helping customers to access banking services through multiple channels. Technology is reducing the transaction costs of local banks in a very big way.

Some Chinese banks are going out of their way to partner with telecom as well as mobile and retailing companies to offer low-priced gadgets such as iPhones and free games to customers. Even though branch banking is the most dominant channel, multichannel banking is slowly catching up. Online- and mobile-banking channels are growing rapidly in many emerging markets, resulting in a reduction in transaction costs.

Credit cards and fee-based transactions are steadily adding to net bank income. Account-based income is also expected to grow in most countries, with rising demand for bank credit due to economic recovery. It was reported recently that the top-ten blue-chip companies in India earn much more profit from treasury operations than the money-market operations of India’s top-ten banks, probably due to the statutory liquidity stipulations of the regulator. This income revelation indicates the untapped opportunities available for banking and financial-services companies. Many top corporations today earn a third of their income from treasury operations, as they are sitting on huge piles of surplus funds.

The maturity and strength of the banking industry is also indicated by competition, causing a continuous drop in interest-rate margins.  NIM income accounts for 70 percent of the net income of EM banks, but fee-based incomes are growing significantly. Credit-card income is also growing significantly; for example, India’s credit-card business grows 30 percent annually, and ecommerce is driving convenience-based online banking in a very big way.

The majority of these banks are ready to adopt Basel III standards for capital adequacy. Banks of Singapore and Hong Kong have maintained a growth rate of 15 percent. While South Korea is slowing down with a declining growth rate, mainly due to declining export growth, Indonesia, India and the Philippines continue to benefit from favorable NIM and a credit-demand growth.

With the largest increase in the number of affluent urban high net-worth individuals (HNI) in these countries, EM banks will see a quantum jump in their wealth-management business. As regulatory restrictions are being relaxed, these HNIs also prefer to diversify their risk by investing abroad. In 2012, for example, in Hong Kong, the HNI population grew 35 percent, while Indian HNIs grew by 22 percent.  These HNIs invest in real estate, cash deposits, equities and debt portfolios.

SBI in India, for example, has been focusing on retail banking, wealth-management and personal-banking services for achieving its growth targets. It ranks 57th worldwide and 8th among Asian banks in terms of Tier 1 capital. State-owned banks, such as SBI, have an advantage in attracting risk-adverse depositors. Hence the interest payout is lower compared to private banks. Unlike international lenders, their lending is not affected by economic cycles, and hence they play a stabilizing role in the economy. Due to penetration in rural and semi-urban regions, they specialize in SME lending, which ensures them a steady growth in credit demand. The home-loan market is another area in which they have an advantage, as their cost of due diligence is lower than that of international lenders because their large network of branches helps them to reduce this cost. Cultural competency is an additional advantage for domestic banks.

Foreign banks in EM countries continue to have strengths in cross-border underwriting and other investment-banking services. But EM banks are catching up with them in global risk-management capabilities, adoption of technology and HR processes.

In Brazil the return on assets earned by banks is comparable and even higher than foreign banks. Even government-owned banks have earned steady returns, slightly lower than local private banks.

Some of the international banks operating in EM countries are facing stiff competition from home-grown banks. BTG Pactual in Brazil secured a chunk of the investment-banking market share and also formed strong alliances in China and Russia.

The cost-to-income ratio is slightly higher in Brazil compared to the US. Operative expenses as a percentage of assets are 6.5 in Brazil and 3.3 in US, but these figures are on a downward trend with the progress of computerization and online banking. The capital-adequacy Basel index is steadily improving, while these banks generally have a rock-solid deposit base, and home-loan and commercial-loan portfolios. Banking optimism is based on the hope of early economic recovery, a boom in up-market business and anticipated higher rural penetration with home-loan expansion.

Underwriting of bond and equity issues continues to be dominated by foreign banks in EM countries.  Being hard pressed for more revenue and profits, they rely on the inevitable growth potential of emerging economies. But local banks are also competing for a share of the market for investment- banking services.

Emerging-market banks have an advantage in terms of their cost-to-income ratio in investment banking, compared to the ratio of international investment banks. However, this advantage is narrowing rapidly.  High inflation contributes to higher wages and a rise in staff costs. Better business models can bring in cost-efficiency for EM banks.

The true strength of the banking systems in EM countries lies in their ability to identify and manage risk levels, as well as maintain interest-rate spreads, strong liquidity, excellent depositor bases and loan portfolios, due to superior knowledge of customer needs.

The Indian banking sector has been growing at a steady pace, with strong liquidity and trustworthiness. Public-sector banks continue to dominate in terms of size and market penetration. The regulator stipulates the statutory-liquidity and cash-reserve ratios. The banking sector has been sound and stable as displayed by profitability, growth as well as quality of assets, thanks to the prudent policies and supervision adopted by the regulator.

Weaknesses include lower productivity, fragmentation (especially displayed by cooperative banks) and the need to continuously merge and privatize banks in order to get them to compete with global banks. Banks need to bring in product differentiation and invest heavily in technology.

Local banks in EM countries, such as Brazil, South Africa and China, are successfully competing against the international banks of the US and Europe. They have learned their lessons in acquiring new skills and technology quickly, while developing new ways of banking in a client-friendly environment. They have begun to team up with other EM banks as well. However, with the unleashing of innovation in digitization and mobile apps, EM banks will continuously need to re-invent their business models to remain healthy.

Anti-Money Laundering: The Next Tidal Wave on the Horizon?