Top Posts
Record Youth Unemployment in China Weighs Heavily on Graduates’ Job...
Is It Really Time to Scale Back Exposure to Commodities?
Fears of a Coming Stagflationary Economy Continue to Grow
Fintech Funding Trends Indicate That This Year Will Underperform 2021
Digital-Banking Development Is Essential for Boosting Financial Inclusion in ASEAN
Gold Buying Once Again on the Agenda for Central Banks
Home Banking Svenska Handelsbanken: Leading the Pack in Sweden and Elsewhere for Customer Satisfaction
BankingCompanies 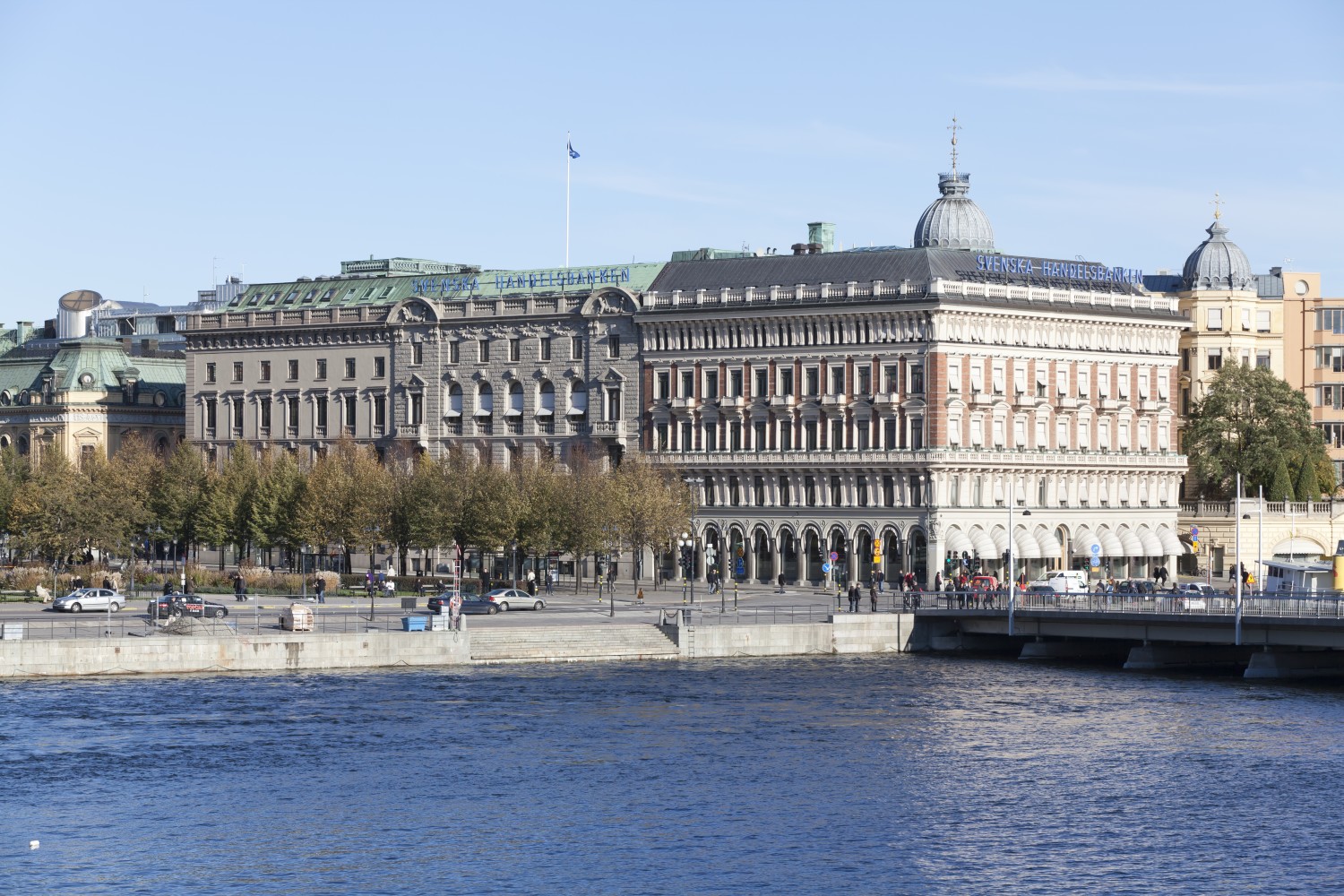 During the second quarter of 2015, in the midst of a Greek debt crisis reaching the tipping point and the spectre of negative interest rates in its domestic market of Sweden, banking leader Handelsbanken reported the best quarterly results in its 143-year history. Despite Swedish base lending firmly entering negative territory, Handelsbanken reported a remarkable 5-percent increase in net-interest income from the second quarter of 2014, thanks to an expansion in total lending by the bank, particularly its mortgage book. Operating profit also increased by a healthy 4 percent, beating the majority of analysts’ expectations, while ratings agency Moody’s upgraded Handelsbanken’s long-term rating from Aa3 to Aa2, and in so doing, pushed the bank into top position among its Nordic lending competitors. At present, the performance of Swedish banks puts them at the very top of the class in Europe; leading the way within Sweden is Handelsbanken, with daylight separating it from the rest of the country’s major lenders. Founded in 1871, Handelsbanken today has an operating presence in 25 different countries worldwide. It has also developed nationwide branch networks in six countries, which it classes as “home markets”: Sweden, UK, Denmark, Finland, Norway and the Netherlands. It has been running with better profitability than the average of its peer banks in these home markets for more than 40 years; while between January 1, 2000, and June 30, 2015, its share price increased by 239 percent (excluding dividends), substantially greater than the 29-percent rise experienced by the Stockholm Stock Exchange during the same period. In 2015 thus far, the bank has continued to operate at the highest levels of performance. Income and net-interest income both grew by 4 percent between the first half of 2014 and first half of 2015, while net-interest income in its home markets outside Sweden grew by 13.5 percent, with its UK market leading the way with a staggering 37-percent increase.

Indeed, a large chunk of Handelsbanken’s success in recent times can be credited to the buoyancy of its UK operations, which consist of five regional banks offering banking services at 187 branches throughout the country (as of June 30, 2015) as well as the asset management company Heartwood. Back in 2007, at a time when its Swedish banking peers were foraying into the Eastern European and Baltic markets, Handelsbanken chose to expand into the UK instead. While its rivals succumbed to the financial crisis in the ensuing years, Handelsbanken’s UK operation concurrently grew at a solid rate. Today, the financial performance of its UK activities is continuing to prove extremely fruitful— for example, operating profit for the first half of 2015 skyrocketed by 44 percent from the level recorded during the first half of 2014. Given that currently its UK operation still remains in a period of expansion, it is also not surprising that total lending volumes to customers and total deposits and borrowing from customers have both grown, by a significant 14 percent and 13 percent respectively. Handelsbanken’s shift into the UK market has also helped to minimise the impact of negative interest rates in Sweden. Handelsbanken puts the UK’s outstanding growth story overwhelmingly down to its focus on strong, enduring local relationships with its customers. For the sixth year in a row, British individual and corporate banking customers have been far more satisfied with Handelsbanken’s service than with those of the UK’s other high street banks. Independent researcher EPSI Rating concluded from its survey coordinated across 15 countries that customers of Handelsbanken are “head and shoulders” the most satisfied with their banking relationship, while the loyalty gap between Handelsbanken and its British banking competitors remains very wide. The independent surveys of customer satisfaction shows that Handelsbanken achieved top position in all the bank’s home markets, among both individual and corporate customers. Since the surveys started in Sweden in 1989, Handelsbanken has had the most satisfied customers among the four major Swedish banks. In addition to the fact that Handelsbanken’s customers are very satisfied, the results show that they are also very loyal. In all home markets, it can be seen that the loyalty is considerably higher than the average of the sector. This also applies to markets in which Handelsbanken can be regarded as a major player, which must be considered unique. The strong focus on providing the best customer service—upon which its UK market has delivered outstanding results—is simply “business as usual” for Handelsbanken. The bank adopted a unique and highly effective approach to customer service called the “church-spire principle” back in the early 1970s, and it has resolutely stuck by this model since those days. The model operates on a local, decentralised basis: local branch employees are expected to develop a close working relationship with their customers in order to ascertain their needs, to respond by providing the appropriate product or service, and to escalate customer requirements to the head office in order to facilitate the development of a specific product or service, if needed. Individual branches, therefore, are given a much greater deal of freedom and autonomy to be able to ultimately deliver customer satisfaction under this model. Such an approach has led to consistent, industry-topping results for Handelsbanken, with higher customer satisfaction scores than its banking competitors being consistently recorded since independent surveys of this nature began in Sweden back in 1989, and more recently in the bank’s other home markets.

For four years running, Handelsbanken has been awarded first prize for best service among banks in Sweden from ServiceScore, an award based on a survey of more 3,000 people and for which more than 160 companies, public authorities and organisations are assessed in terms of the level of service customers consider they receive. For example, one of the questions asked in the survey is “How has your bank given you service on the basis of your expectations?” Furthermore, 2015 has marked the fifth consecutive year in which Handelsbanken has won the coveted Business Bank of the Year, as well as the fourth consecutive year in which it has been awarded Sweden’s Small Enterprise Bank. Both awards are based on the independent market survey of companies’ views on banks and accounting firms by Finansbarometern, with the 3,200+ respondents being CEOs, CFOs and other influential management personnel, all from companies with more than 100 employees or sales of at least SEK 100 million, or from small enterprises with one to nine employees. Finansbarometern even specified that the awards were given to Handelsbanken precisely because of its reliable business model of meeting customers wherever possible, as well as “its local presence, its broad network of branches and decentralised decision-paths”.

One of the most remarkable aspects concerning the slew of awards that have been given to Handelsbanken is that they are all based on customer assessments. This in itself goes a long way in underlining the inherent superiority of the bank’s customer service model. Indeed, research company TNS Sifo asserted last year that Handelsbanken has an exceptionally high level of “ambassadors”, or customers who actively recommend the bank to friends and business acquaintances. Since the 2008 financial crisis, the model has earned Handelsbanken a higher total return to shareholders than any other major European bank. The chief economist at the Bank of England, Andy Haldane, has been so impressed with the Handelsbanken model—one that has delivered some of the highest capital ratios and some of the highest returns in European banking—that he has referred to it as a “back to the future” model, while it has been labelled by German investment bank Berenberg as “the blueprint for banking in Europe”.

Internally, Handelsbanken itself has found that the decentralised model has reaped many benefits, including a high level of employee engagement and loyalty, swifter and better credit decisions, more satisfied customers, cooperation between colleagues throughout the bank, and even financial stability. The model seeks to achieve a very straightforward aim: if Handelsbanken has more satisfied customers than its peers, success will follow. Combining this philosophy with a stringent cost-control regime has enabled Handelsbanken to achieve its most important corporate goal of having higher profitability than its competitors. This goal has been consistently attained through its impeccably trained staff who understand that delivering on—and ideally exceeding—client expectations is of the utmost importance. Staff members at all levels are expected to share a singular focus for the bank, while possessing the ability and confidence to make decisions as individuals that will help to promote customer satisfaction. As such, a diligent and often long recruitment process has been established to ensure new recruits subscribe to the shared values and culture of Handelsbanken, as well as to ensure they possess the core competencies that are critical to the bank’s development. Frank Vang-Jensen is president and group chief executive of Handelsbanken

Pär Boman is chairman of the board at Handelsbanken

Handelsbanken anticipates specific challenges to lie in waiting in the years ahead, but it is expected that the nature of such challenges will vary between markets, and even between branches. Striking the right balance between encouraging face-to-face interaction and championing digital banking is one such task that the bank expects will require considerable attention going forward. The bank’s chairman of the board, Pär Boman (who was CEO until March 2015, when Frank Vang-Jensen took over that role), recently emphasised the importance of the combination of smartphone apps and branches, which has allowed Handelsbanken to lower costs and increase overall efficiency. He has also stated that searching far and wide for beneficial influences has helped the bank’s digital evolution, as well as its rapid expansion in the UK. H&M, for example, has been one such influence. The fashion retailer created a video channel on its website that earned praise from its customers, who said they liked to receive news from the company in this format. This innovation has inspired Handelsbanken to follow in a similar fashion.

At present, Handelsbanken’s digital platforms allow customers to manage virtually all of their personal finances remotely. The information available via the online platforms is now so vast that customers can make important decisions, such as buying a mutual fund portfolio, with only a few clicks of the screen. Despite this convenience, the bank still believes that people will always want human interaction, especially when major financial decisions need to be made. The approach taken by Handelsbanken, therefore, is one that uses technology to complement the strong, local relationships it has cemented with customers, rather than replace it. Thus, the freedom of choice should ultimately lie with the customer in terms of how to engage with the bank, whether at the branch, through telephone banking, online banking or the website. Handelsbanken simply ensures that appropriate staff members are always available and can meet their expectations under all such scenarios.

Handelsbanken’s overarching challenge for the long-term, however, is to maintain its distinctiveness and remain the decentralised banking leader that has the most satisfied customers. As customers’ wants and needs change with time, so too must the service from Handelsbanken adapt. Given the long-term record of achieving unfailing excellence in this area for more than 40 years, one would be brave to bet against the bank continuing on its ground-breaking, industry-leading path well into the future.

Banking Union: What Remains to Be Done?

Striking a Balance between Effectiveness and Efficiency in...

In the United States, Why So Few New...

The Evolution of Crisis Communications in Banking

Digital-Banking Development Is Essential for Boosting...

Minority-Owned Banks in the United States...