Top Posts
Tesla Job Cuts Reflect Precarious Health of Global Economy
Artificial Intelligence is the Future of the Banking Industry —...
Why Taiwan is Pivotal in Ongoing Global Geopolitical Tussles
Is an Impending US Recession Now All but Guaranteed?
What is Driving Customer Centricity in Banking?
Near-80 Percent Inflation Exposes Turkey’s Grave Economic Mismanagement
Home Banking The Australian Banking Inquiry: a Post-Mortem
Banking 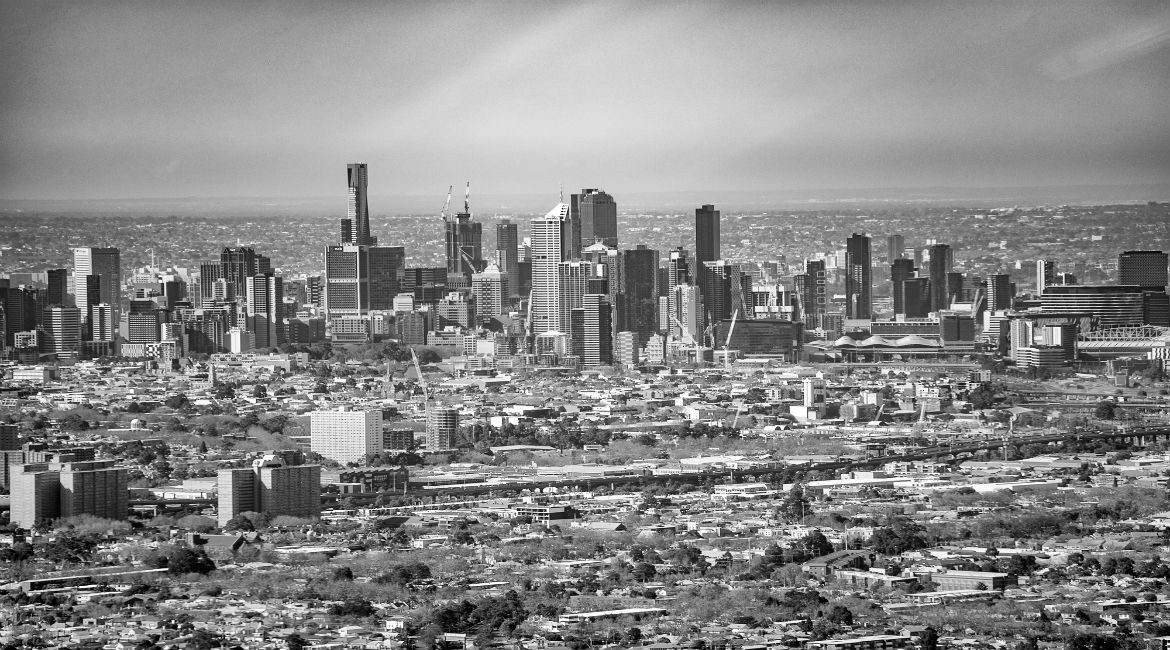 The dust has somewhat settled on Australia’s Royal Commission into Misconduct in the Banking, Superannuation and Financial Services Industry. On February 1, Commissioner Kenneth Hayne delivered his final report to the Governor-General, before it was tabled in Parliament three days later.

To recap, the investigation into misconduct by Australia’s banking industry lasted nearly 12 months and included 68 days of televised hearings, more than 10,000 submissions and more than 130 witness interviews. The report itself revealed numerous cases of wrongdoing by the country’s biggest lenders, with customer welfare often being sacrificed for profit. According to Hayne, the “damage done by that conduct to individuals and to the overall health and reputation of the financial services industry has been large”. In total, the report makes 76 recommendations for further action, while Hayne detailed more than 20 potential prosecutions—some even criminal—involving Australia’s biggest lenders.

Notorious behaviour by banks that was disclosed in the report included charging customers with hidden fees and for non-existent services, charging deceased customers and awarding bonuses to bankers who diverted client money towards underperforming funds. Insurance companies also came under the cosh, after it was revealed that they sold junk schemes to the poor and mentally disabled.

“In almost every case,” Hayne concluded, “the conduct in issue was driven not only by the relevant entity’s pursuit of profit but also by individuals’ pursuit of gain, whether in the form of remuneration for the individual or profit for the individual’s business. Providing a service to customers was relegated to second place.’’

Among the biggest culprits was National Australia Bank (NAB), which was subject to arguably the harshest criticism from the Commission. The bank was identified, along with others, for deliberately levying fees for no service to customers, including customers who were deceased, as well as charging customers for advice when they did not have an adviser linked to their accounts. NAB has been compelled to pay more than $100 million to such customers. But unlike some of the other big Australian banks under the microscope—such as Commonwealth Bank of Australia (CBA), ANZ (Australia and New Zealand Banking Group Limited)and Westpac Banking Corporation—Commissioner Hayne decided that he was “not persuaded that NAB is willing to accept the necessary responsibility for deciding, for itself, what is the right thing to do, and then having its staff act accordingly”. Hayne specifically cited NAB CEO Andrew Thorburn and Chair Ken Henry as not having learned their lessons.

“I thought it telling that Dr Henry seemed unwilling to accept any criticism of how the board had dealt with some issues,” he stated. “I thought it telling that Mr Thorburn treated all issues of fees for no service as nothing more than carelessness combined with system deficiencies…. I thought it telling that in the very week that NAB’s CEO and Chair were to give evidence before the Commission, one of its staff should be emailing bankers urging them to sell at least five mortgages each before Christmas. Overall, my fear—that there may be a wide gap between the public face NAB seeks to show and what it does in practice—remains.”

Both Thorburn and Henry have since stepped down from their positions at NAB. The bank has also announced the shedding of up to several hundred jobs in a bid to restructure. And according to new CEO Philip Chronican, “We are putting things right where we have treated our customers poorly and making sure that they are compensated more quickly. Since June 2018, we have made approximately 360,000 payments to customers with a total value of approximately $145 million.” Thorburn and Henry are by no means the only high-profile casualties, either. Australia’s biggest wealth manager and oldest life-insurance company, AMP, saw both its chief executive officer, Craig Meller, and chairwoman, Catherine Brenner, resign after it was found that it had charged customers fees for no service on no less than 20 separate occasions.

Commonwealth Bank of Australia (CBA) was also singled out repeatedly for its own malpractice. As is the case with other banks, Australia’s biggest lender was found guilty of charging fees to customers for no service and also charging unauthorised advice fees to deceased estates. By October, CBA had disclosed that it had terminated the positions of forty-one bankers along with accepting nine resignations as a result of the inquiry. According to CEO Matt Comyn, “As the royal commission has shown, there have unfortunately been failures of judgment, failures of process, failures of leadership, and in some cases, greed. We’ve been too slow to identify problems, too slow to fix underlying issues and too slow to put things right for customers.”

The Australian Securities and Investments Commission (ASIC) has mandated that CBA cease charging service fees to customers and stop entering new service arrangements. The lender also halted its planned spin-offs of its wealth-management and mortgage-broking businesses, and instead will give priority to refunding its customers and resolving its previous issues stemming from the inquiry. Indeed, it has spent almost $1 billion in refunds and administration costs during the last five years, as it seeks to atone for errors outlined by the inquiry. The lender has also introduced stricter monitoring of its mortgage brokers, tightened its lending criteria and changed the incentive structure for its executives and branch employees. Unlike NAB, however, Hayne has expressed more confidence that CBA can fix its problems, stating that the bank is “well aware of the size and nature of the tasks that lie ahead”.

All major banks except Westpac have been listed for referrals for “further action”—24 in total—that will be left to regulators’ discretion as to whether or not to pursue. The report also outlined the need to end “conflicted remuneration”—that is, any reward given for providing advice to retail clients that could influence either their choices of financial product or the advice given to them by finance professionals. The grandfathering of the conflicted remuneration provisions will be ended from 2021 onwards with any such remuneration from this date being rebated to clients.

Given the numerous misdeeds related to financial advice, therefore, most of the biggest lenders have either offloaded their respective advisory businesses or are now in the process of doing so. CBA recently sold its Colonial First State Global Asset Management unit to Japanese bank Mitsubishi UFJ in October. ANZ is in the midst of selling its OnePath Pensions and Investment business to Australian company IOOF Holdings, although final approval has not yet been granted by the prudential regulator. And NAB aims to offload its wealth business MLC by next year.

And regulators have also been told to bolster their enforcement capabilities. In particular, ASIC must prosecute more cases of banking misconduct. A new independent oversight authority for both ASIC and the Australian Prudential Regulation Authority (APRA) will be set up to monitor “the effectiveness of each regulator in discharging its functions and meeting its statutory objects”. And both bodies should be subject to capability reviews every four years at a minimum.

But the overall reception to the report has been decidedly mixed. Indeed, many believe the final conclusions and recommendations to be somewhat of a reprieve for the banking sector, especially given that there were few surprises and no radical structural changes were included. For instance, a group of UBS analysts stated soon after that “the soft recommendations of the Royal Commission final report is a clear win for the banks…. We do not believe that any of the 76 recommendations by themselves will have a material financial impact on the banks”. And Allan Fels, the former chairman of the Australian Competition and Consumer Commission (ACCC), called the report a “damp squib”, arguing that the recommendations could have been more far-reaching than they were. “The recommendations rely too much on regulators to enforce the law and banks to fix their own culture,” which according to Fels means that after some time, they will “tend to lapse into old habits”.

There may also be political considerations to take into account. The government under Prime Minister Scott Morrison appears to be wholly cooperative on following through on the 76 recommendations laid out in the report. For instance, Treasurer Josh Frydenberg said of the scandals, “My message to the financial sector is that misconduct must end, and the interests of consumers must now come first. From today the sector must change, and change forever.” But with the country’s federal elections fast approaching, such cooperation would seem the politically expedient course of action for now. It is worth remembering that Morrison was the prime minister who once called the request for a banking inquiry to be set up in the first place a “populist whinge”. As such, just how much decisive action against the banking industry comes to fruition after the election remains to be seen.

That said, a number of reforms have been proposed, which if enacted should help to clamp down on many of the types of misconduct carried out by the country’s biggest lenders. The banks themselves have also introduced a number of positive measures to make amends for previous recklessness. But given the seriousness and audacity of the Australian banking industry’s conduct over the last few years, it will seemingly take quite some time before they will be able to earn the trust of the public once more.