Top Posts
Digital Transformation For Financial Systems In A Changing World
How Gamification is Catapulting Digital Banking to the Next Level
Challenges Remain, But There Are Opportunities to Be Had in...
Interview with Mr. Olukayode Pitan, Chief Executive Officer and Managing...
Commodities Outlook for 2023
The Value of Cash in a Time of Crisis: How...
Home Banking The Digital Transformation of Lithuania’s Banks: From Savings Bank to a Bank within Your Phone
Banking

The Digital Transformation of Lithuania’s Banks: From Savings Bank to a Bank within Your Phone 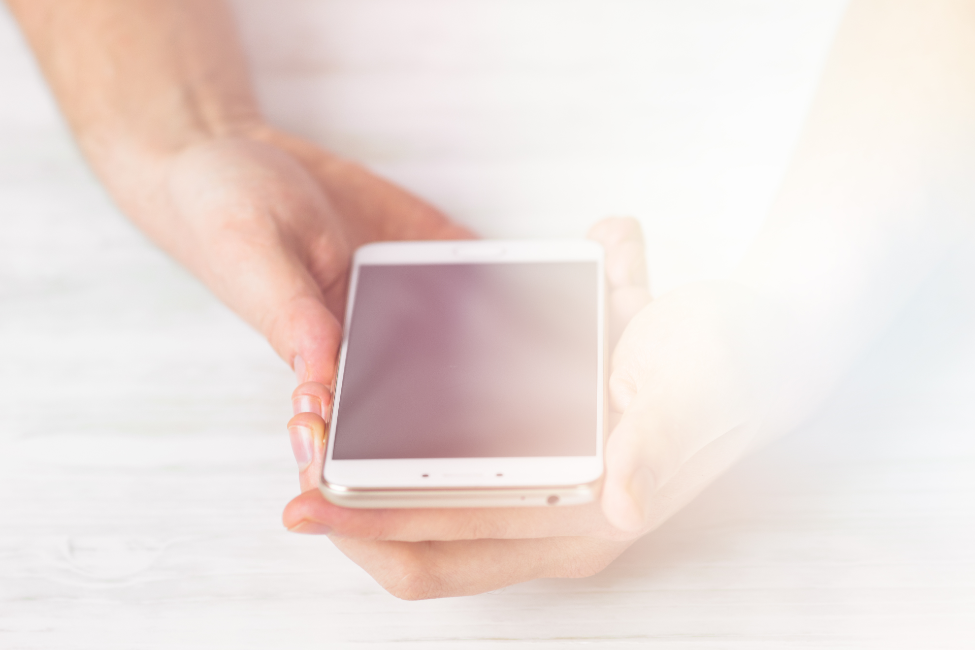 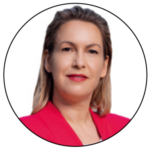 A bank’s façade is usually steel, glass and wood—peace and order. Behind it, though, are light, technology and revolution. And that invisible banking kitchen is what enables us to pay our bills with a mobile phone and make in-store purchases with one touch of a smart device. We think little, though, about how banking became what we know today. The Lithuanian Banking Association (LBA), which is celebrating its 30th anniversary this year, recalls the key events in the sector’s transformation over the years.

From a technological point of view, Lithuanian banks have always advanced at a similar pace as the telecommunications sector, but that part of their activities was often less pronounced and visible. Experts say this may be linked to the traditional image people have of banking.

Surveys continually show that in customers’ eyes, safety and reliability remain the financial sector’s most important traits. In recent years, though, the trend has been toward changes in financial services, leading consumers to increasingly associate banking with features such as speed, responsiveness and flexibility—traits more characteristic of companies operating in the technology field or start-ups seeking to find their niches. Still, even historically, technologies have always been part of the DNA of modern Lithuanian banking.

During the Soviet period, essentially no banking system existed in Lithuania. People could obtain very limited financial services at savings banks, while higher-level banking operations had to go through Russia’s government-owned Vnesheconombank, which operated a division in the country. Upon restoring Lithuania’s independence in 1991, a banking system was set up in a flash.

The first and still primitive e-banking terminals appeared in the United States in the 1980s; however, the global banking system continued to be driven by telex messages, with transactions taking days to complete. In the early 1990s, electronic banking solutions emerged, and the so-called “click-and-brick” trend rose as traditional businesses expanded into the electronic space. Lithuanian banks, having escaped from the Soviet vacuum, were quite enthusiastic. As early as 1998, what was then Hermis Bank introduced online banking. The Finnish cooperative bank OP launched an e-bank in 1996—they were the first in Europe and second in the world.

The Lithuanian Banking Association was established 30 years ago, in the autumn of 1991, as a club for banks, where they could exchange the latest information on banking innovations. Because the emerging commercial-banking sector faced a shortage of suitably qualified staff, the new organisation offered specialised training for beginning banking professionals. At the same time, the LBA took on the function of representing the general interests of the public. Soon, it became a witness to the first banking revolution that offered electronic banking to consumers.

A door to the world of e-services

Dr. Stasys Kropas, a former president of the LBA, noted that Lithuanian banks had become both a gateway and key to the digital world for most people in Lithuania. “At present, a significant part of the Lithuanian population accesses electronic public service platforms using their bank’s online identification tools. You can truly say that it was the banks that opened up the world of e-services and encouraged older people in Lithuania to step into the digital space. The key to opening that door was the realization that it is possible to manage your money safely via the Internet—beyond that threshold, global shopping, public services and a range of other new services and opportunities open up,” Dr. Kropas stressed.

Banks quickly realised that people in Lithuania were much more receptive to innovation than was generally believed. Then a real innovation competition began.

In 1995, the Lithuanian Savings Bank introduced Globus, the first Lithuanian payment card. That same year, Vilnius Land Bank installed the country’s first ATM (automated teller machine) on central Gediminas Avenue in the capital city, Vilnius. At the time, the service was mainly of interest to foreign tourists; the ATM issued banknotes in only one denomination. Another historic event of 1995 was the introduction of an electronic banking system for business customers by the State Commercial Bank of Lithuania.

By the middle of the decade, many banks operated in Lithuania, and their numbers continued to grow. Bankers became real stars in the media. There was clearly too much noise and movement in the system, and necessary rules were still lacking. A banking crisis broke out in 1995, peaking with the bankruptcy of the Lithuanian Joint-Stock Innovation Bank—at the time, the largest commercial bank in the country.

In total, 13 out of 27 banks in Lithuania closed in 1995 and 1996. The process had systemic, legal and political consequences, and Lithuanian banking came out of the crisis changed—but without losing any of its enthusiasm for introducing the latest technologies.

Lithuania then adopted its Law on Deposit Insurance and Law on the Prevention of Money Laundering, and banks were obliged to follow international accounting standards and undergo annual audits. These measures were crucial for stabilising and controlling the system, and their implementations required banks to expand and improve their IT (information technology) systems. Meanwhile, the development of e-services continued. By 2000, several banks had primitive mobile-banking services, as did most of the larger Lithuanian banks within a couple of years.

The arrival of IT-based banking

In 2003, Snoras Bank released the first chip card, the eLitoCard. It was one of the first e-money solutions in Europe. That same year, international chip cards emerged, and banks smartly crossed them with loyalty cards for retail chains and service providers. In short, Lithuanian banks’ first decade of the new millennium was marked by marketing competition and electronic-products development.

Processes that consumers did not see continued as well, contributing to the development of a modern IT-based banking system. Lithuania created a new, modern payment system; integration into the euro area started after its accession to the EU (European Union) in 2004. And in 2007, the country’s central bank, the Bank of Lithuania, joined the Eurosystem’s payment system TARGET2, through which real-time payments have been feasible. All this created the preconditions for the emergence of a new generation of banking—one in which the physical branch of a bank is only a symbol, while the bank itself is on a computer, tablet or phone. The bank is always where the customer is. This was the second banking revolution.

Smart-banking apps were first introduced in Lithuania by Sweden’s SEB (Skandinaviska Enskilda Banken AB) and Swedbank in 2011. These apps became the most important drivers of fundamental change: creating almost a full-fledged bank that (almost) anyone with a smartphone can use.

What is more, it quickly became apparent that additional features could be added to the apps, allowing users to manage their savings, trade shares or make instant payments. They could pay by phone in a contactless way. And not just by phone; banks in the country already let customers link existing payment cards to other smart devices—bracelets, rings, keychains—and use them to pay wherever contactless-settlement terminals operated.

In 2016, the Bank of Lithuania introduced the new CENTROlink payment system, through which it was possible to connect to the general euro payment system, SEPA (single euro payments area). Not only banks but also fintech (financial technology) companies, which had grown rapidly in Lithuania, could connect to this payment infrastructure. In 2018, the Second Payment Services Directive (PSD2) came into force, enabling third parties to access customers’ account data. The market for alternative payment-service providers has been developing rapidly since then.

Clearly, we are going through another fundamental change. Lithuanian banking will no longer be as it was. Not in vain did Luminor Bank transfer its IT infrastructure to technology giant IBM in 2021. Banks are no longer just credit institutions. They are technology companies that hold credit-institution licences. This offers new opportunities and also dictates new challenges. In the digital era, the security and stability of banking IT systems are becoming top priorities for the coming period.

Today, we are on the threshold of a third banking revolution. Its symbolic start can be considered 2018, when Revolut, the first virtual bank or neobank, began to operate in Lithuania. Revolut is a technology company that provides only virtual financial services with no physical branches. Traditional financial and credit institutions have also successfully implemented the concept, and the range of services offered electronically is constantly expanding.

The era of digital currency is coming soon

What to expect in the future? One thing is clear: It will continue to be very hot in the banking kitchen. Especially since not only market participants but also central banks are keen to enter the digital arena. Last July, the Governing Council of the European Central Bank (ECB) launched the exploratory phase of a digital euro project. According to the ECB’s president, Christine Lagarde, the project aims to ensure that citizens and businesses have access to the safest central-bank money in the digital age. The emphasis is on the digital euro complementing rather than replacing physical cash. Note that the world already has examples of digital currencies; a digital version of the Bahamian dollar, called the Sand Dollar, is already in circulation in the Bahamas, and China is actively testing the digital yuan.

We will not predict here how one or another innovation will affect the financial-services market. It is clear, though, that the spiral of technological development has the potential to amaze with, among other things, its pace of change. It is also clear that the solid, traditional façade of trust between financial institutions and customers, which has become a prerequisite for successful banking operations over the decades, is a core value that will help to successfully implement innovations, making everyday life more comfortable and smarter. So, behind the façade, nothing has changed—there is still light, technology and revolution!

Automation and the Digitalisation of Trade Finance