Top Posts
How Gamification is Catapulting Digital Banking to the Next Level
Challenges Remain, But There Are Opportunities to Be Had in...
Interview with Mr. Olukayode Pitan, Chief Executive Officer and Managing...
Commodities Outlook for 2023
The Value of Cash in a Time of Crisis: How...
The US-Africa Leaders Summit: Fostering a Closer Relationship with the...
Home Banking The ECB Keeps Rates Unchanged
Banking 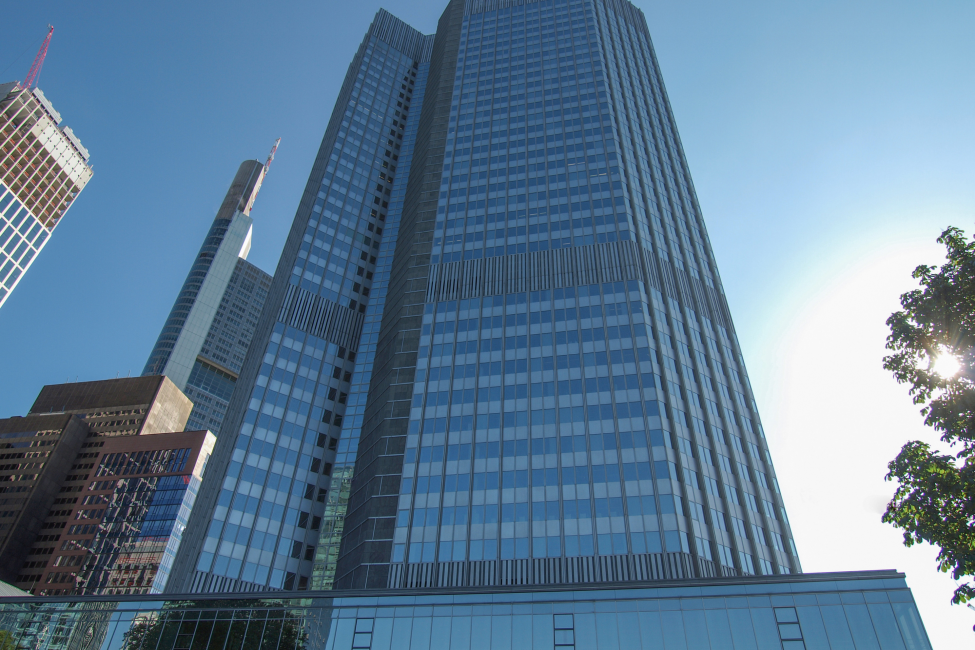 During its policy meeting on Thursday, September 10, the European Central Bank (ECB) decided to keep its main refinancing benchmark rate unchanged at 0 percent, along with leaving its rates on the marginal lending facility and deposit facility the same at 0.25 percent and -0.50 percent, respectively.

“The interest rate on the main refinancing operations and the interest rates on the marginal lending facility and the deposit facility will remain unchanged at 0.00%, 0.25% and -0.50% respectively,” stated the ECB’s official press release following the monetary-policy decision. “The Governing Council expects the key ECB interest rates to remain at their present or lower levels until it has seen the inflation outlook robustly converge to a level sufficiently close to, but below, 2% within its projection horizon, and such convergence has been consistently reflected in underlying inflation dynamics.”

The central bank for the eurozone area also decided to continue its purchases under the Pandemic Emergency Purchase Programme (PEPP), buying up to €1.35 trillion worth of debt through June 2021, with the Governing Council “reinvesting principal payments from maturing securities purchased under the PEPP until at least the end of 2022”. As such, little in the way of policy change was implemented at the ECB’s September meeting, although the ECB’s president, Christine Lagarde, did acknowledge that its PEPP would be used to its “full envelop”.

As such, the ECB has upgraded its growth forecasts for this year and expects gross domestic product (GDP) to decline by 8 percent versus the 8.7-percent drop it had predicted in June. For 2021 and 2022, meanwhile, it now expects GDP growth of 5 and 3.2 percent, respectively. Lagarde did, however, warn that heightened economic uncertainty does continue to weigh on consumer spending and business investment in the current environment.

Of particular concern in the near term is the strength of the euro, which has taken off considerably since the start of July. Against the US dollar, it has added more than 5 percent during this period, with late August and early September seeing the eurozone currency hit highs against the greenback of near $1.19—levels that were last seen in May 2018. And even after Thursday’s rate decision, the euro appreciated by more than 0.5 percent.

“The Governing Council discussed the appreciation of the euro, but as you know we don’t target the exchange rate,” Lagarde said. Nonetheless, the central bank will continue to monitor the situation. “Clearly to the extent that the appreciation of the euro exercises negative pressure on prices, we have to monitor carefully such a matter, and this was extensively discussed in the Governing Council.”

This currency bullishness has serious implications for the region’s trade balance, with a strong euro lowering the price of imports. It is also likely to hinder the eurozone’s economic recovery, with a stronger currency making European exports more expensive for the rest of the world. Along with renewed concerns over rising coronavirus cases, sustained strength in the euro could prompt the ECB to take an even more dovish position during the next rate-setting meeting on October 29.

With lower import prices, moreover, the region’s inflation rate will be under even more scrutiny than is presently the case, particularly after recent data from Eurostat showed that it had slid back into deflation territory for the first time in four years. Consumer price inflation for August was recorded at -0.2 percent in August, the lowest since 2001 and a significant turnaround from the 0.4 percent registered in July.

Despite this worrying trend, however, the ECB sees inflation returning to positive territory in the coming months and even starting to accelerate as governments boost fiscal spending. According to the bank’s official revised forecasts, eurozone inflation in 2021 will average 1.0 percent—a substantial increase from the 0.3 percent being forecast for this year.

To some who were anticipating that the ECB might inject more stimulus, this inflation projection is not exactly as expected. “This was a hawkish surprise,” Frederik Ducrozet, strategist at Pictet Wealth Management, told the Financial Times. “The ECB had a strong case to act, so this is potentially a mistake. The hawks are dragging their feet and resisting a move that they know will have to come.”

Some analysts expect the ECB to increase its PEPP “full envelop” beyond €1.35 trillion before the end of the year, especially if inflation does not recover in the next few months. Indeed, the central bank already boosted the programme from 750 billion euros to its current level in June. “The reality of weak growth and disinflationary pressures will ultimately force the ECB to increase its Pandemic Emergency Purchase Programme by €500 billion in December,” Ducrozet predicted.

More rate cuts could also be on the horizon, which would send the ECB’s monetary policy further into negative territory. Lagarde stated that the bank is “determined to use all policy tools it has available”, which strongly implies that more monetary loosening has not been ruled out.