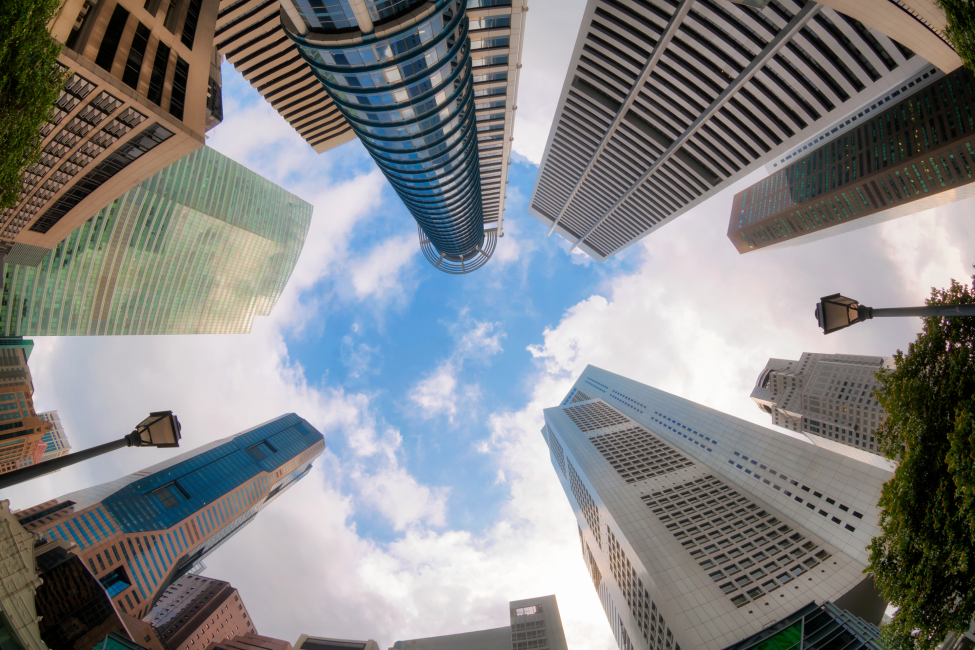 Thanks in no small part to recent rate cuts by the US Federal Reserve System, Singaporean banks are now under increasing pressure. And the outlook for the Asian city-state’s banking sector suggests that things may get only worse this year, especially for the three biggest players: DBS Bank, OCBC (Oversea-Chinese Banking Corporation) and UOB (United Overseas Bank).

Banks were already under pressure during the first quarter, with Refinitiv data showing the city-state recording an almost 60-percent plunge in investment-banking fees during the three-month period, to $91.9 million. Declines were recorded across all asset classes, with mergers and acquisitions (M&A) down 36 percent to $17.6 billion, equity-capital markets down 65 percent to $804 million and debt-capital markets down 43 percent to $4.3 billion. M&A advisory also posted a whopping 80-percent year-on-year crash. Separately, flash data from the Monetary Authority of Singapore (MAS) in late February showed that lending had dipped by 0.2 percent in January from December’s levels due to a decline in loans to businesses.

But in the wake of the global coronavirus (COVID-19) pandemic, the operating environment for Singapore’s banks has deteriorated further. The Fed slashed its benchmark rate to zero in response to COVID-19’s crippling impact on the United States’ and global economies. Following an emergency meeting, the US central bank first cut rates by half a percentage point on March 3, marking the first cut outside of a scheduled policy meeting since 2008’s financial crisis.

With Singapore rates closely tracking US rates, a sector note soon followed from Asia-focused financial-services firm CGS-CIMB Securities International, downgrading Singapore’s banking sector from “overweight” to “neutral”. Growing revenue headwinds were cited as the main reason for the move. Its full-year 2020 forecast also stated that net interest margins (NIMs) would be further reduced by 10 to 12 basis points (bp). “The Fed’s 50 basis point emergency rate cut on fears of slowing economic growth amid the COVID-19 outbreak expels our expectations of some stabilisation in margins in 2H20F,” the researchers observed. “To this end, we cut our NIM forecasts further for FY20F: DBS: -12bp year-on-year to 1.77%; OCBC: -10bp year-on-year to 1.67%; UOB: -10bp to 1.68%.”

One week after the Fed’s first rate cut, shares of Singapore banks closed at 52-week lows. But worse was to follow after the Fed slashed rates again a few days later to almost zero, whilst also announcing a $700-billion stimulus programme to protect the economy from the impact of the virus outbreak.

As such, DBS Group Research now expects NIMs at Singaporean banks to further decline, along with asset quality. According to Lim, this more recent Fed cut slashes OCBC’s and UOB’s NIM forecasts by a further eight basis points and five basis points, respectively. Both DBS and CGS-CIMB have downgraded UOB to “hold”. Referring to the two banks, Lim added that NIMs would decline “as loan yields re-price on a lower benchmark rate”, although this re-pricing may not be immediate. “Against a slower growth backdrop, we believe loan yields may continue to compress due to flight to quality loans.” DBS also noted that the big three banks’ net profits would decline by a corresponding 1 to 2.5 percent for every 25-basis-point decline in interest rates that re-prices the Singapore, Hong Kong and US dollar books collectively.

A similar analysis was recently published by Citi Research, which downgraded the three lenders to “sell”, principally on the expectation that short-term Federal Reserve interest rates will stay close to zero for much of the remainder of the year. Citi also questioned whether Singapore banks would be able to continue defending their current dividend levels, having repeatedly cut their target prices in recent weeks. NIMs will also be dragged lower, possibly to levels not seen since the global financial crisis when the Fed last tested its lower zero bound, while there are growing risks of asset-quality deterioration and higher credit costs to around 40 basis points more than the normalised 25 basis points, the bank noted. “Against such a backdrop, we view that returns on equity (ROEs) could trend below 10 percent, and if so, banks may no longer defend recent dividend levels, removing a key price support.” As such, the sector’s approximate 5-percent dividend yield at present now represents a key support factor to the banks’ valuations.

The banking sector’s nonperforming loan (NPL) ratio is also expected to reach levels last seen in 2009, with a recent report by Moody’s Investors Service asserting that the plight of Singapore’s small and medium-sized enterprises (SMEs) will play a major role in this decline. Although the plunge in oil prices is unlikely to directly and significantly impact Singaporean banks, it is expected that it will considerably affect the SME sector, which in turn will weigh on the quality of the loans they have with local lenders, Moody’s believes. “By sector, Singapore SMEs that could be affected the most by the economic slowdown made up 25 percent of total SME loans [held by banks]. These include manufacturing, commerce and services. If the economic situation deteriorates further, a second-order effect will be felt by SMEs in construction (26 percent of loans) and commodities (37 percent),” Moody’s senior officers and analysts Eugene Tarzimanov, Christian de Guzman and Graeme Knowd recently observed.

As such, Singapore’s banking sector’s overall NPL ratio is being projected to reach almost 2 percent year-on-year for the whole year, according to a separate report from Maybank Kim Eng. Analyst Thilan Wickramasinghe estimated that profit after taxes would decline by 15 percent year-on-year, domestic loan growth would fall by 1 percent (which is the first fall since the financial crisis), and net interest margins would contract by 11 basis points, with a further 5-basis-point fall slated for 2021.

The decision by neighbouring Malaysia to implement a nationwide lockdown, moreover, is only expected to exacerbate the situation for Singapore’s lenders. The lockdown, which was initially forecast to last until the end of March but which has now been extended for another two weeks at least, is expected to drag down particularly UOB and OCBC, which respectively source 11 percent and 14 percent of pre-tax profits from the country. According to the two lenders, credit costs could end up rising by between 25 and 30 basis points should the outbreak continue until at least the middle of the year, with UOB also predicting a rise by a whopping 80 basis points if the situation persists beyond that period.

That said, UOB’s chief financial officer, Lee Wai Fai, is reported to believe such a scenario as highly unlikely to transpire. OCBC’s CFO, Darren Tan, meanwhile, expects revenue growth to be fairly muted. But strong capital ratios, funding and liquidity should allow the bank to muster resilience during this turbulent period. DBS’s chief executive officer, Piyush Gupta, recently announced a modest 1-to-2-percent decline in revenue as a moving target—although, of the three major lenders, its exposure to Malaysia is easily the lowest. Indeed, CGS-CIMB has stated its preference for DBS out of the three lenders because of its better track record of margin management, dividend visibility and SME-portfolio administration. However, it has still downgraded DBS to “hold”.

But it’s not all gloom ahead for Singapore banks. CGS-CIMB analysts Andrea Choong and Lim Siew Khee noted that thanks to the US-China trade war and the economic slowdown in Hong Kong, Singaporean banks already have a cushion in place to absorb further shocks. The analysts also acknowledged that recently unveiled relief measures by banks and the potential support from the Singapore government should be enough to alleviate the cash-flow pressures faced by companies affected by the deteriorating conditions. “The general provisions undertaken by banks should be sufficient, in the context that the outbreak should be contained within two to three months,” Phillip Securities analyst Tay Wee Kuang told BT.

Whether such a timeline for the virus turns out to be true remains to be seen at this stage. But what has become increasingly clear is that challenges are mounting for Singapore’s banking sector.