Top Posts
Challenges Remain, But There Are Opportunities to Be Had in...
Interview with Mr. Olukayode Pitan, Chief Executive Officer and Managing...
Commodities Outlook for 2023
The Value of Cash in a Time of Crisis: How...
The US-Africa Leaders Summit: Fostering a Closer Relationship with the...
Three Key Sectors in Which to Invest in 2023
Home Banking The Future of Global Banking for Consumers
Banking

The Future of Global Banking for Consumers 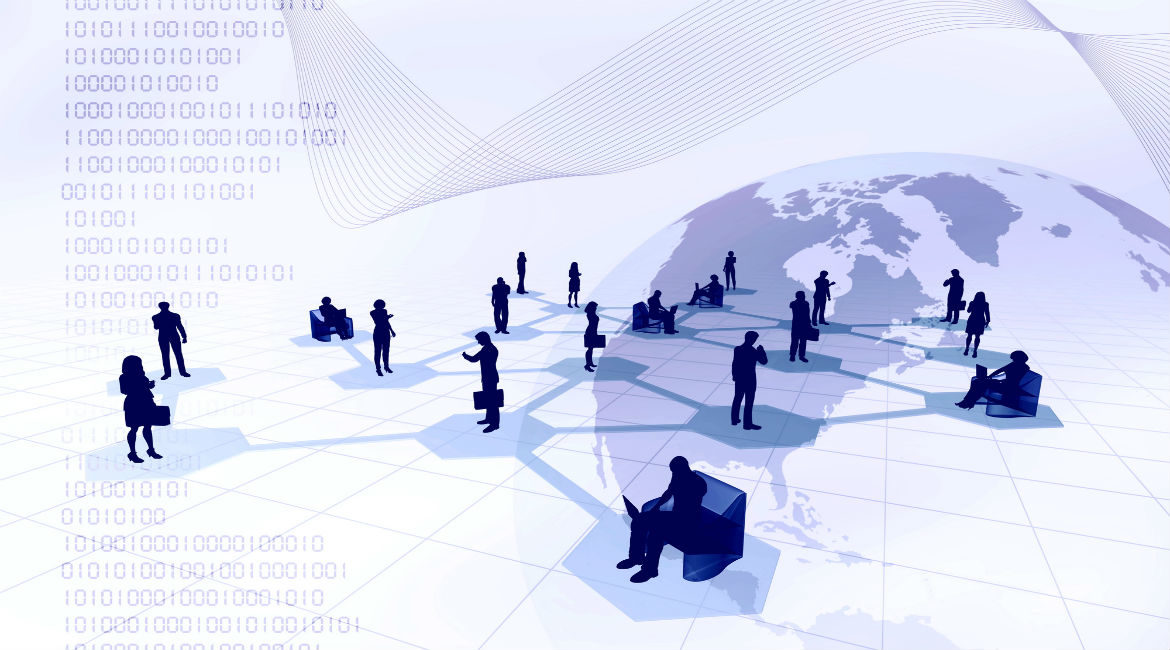 More than a decade ago, Thomas Friedman published The World Is Flat: A Brief History of the Twenty-first Century. The title was meant as a metaphor for the increasingly leveled playing field for commerce. The rise of globalization, technology and other factors had made it easier for business to compete.

More than 10 years later, that metaphor still holds true. Aided by the rise of the sharing economy, mobile platforms and cloud-based productivity tools, it is easier than ever for individuals to participate in the global economy. But one stubborn roadblock to true globalization has remained—the world’s international banking infrastructure.

Today’s financial systems weren’t designed for the Internet age. They grew organically around existing country-specific rules and currencies rather than in a conjoined network of interconnected schemes. The result is a patchwork quilt of proprietary technologies and rules spanning the globe that, viewed from above, might better resemble a medieval map of walled gardens and castle moats.

So even as global commerce has expanded and flattened barriers to business, international borders still stand tall—essentially bringing a transaction to a stop every time it meets one. When a transaction crosses a country border, it is effectively stopped by these invisible walls and forced to restart anew on the other side. The resulting experiences are expensive, slow and rather unreliable.

For people whose lives straddle these borders—world travelers, expats, immigrants or refugees—this friction is more than an inconvenience; it can hinder their ability to conduct even daily tasks and inhibit their prospects for participating in the global economy. By knocking down these barriers and removing friction in favor of fluidity, we can remove one of the last impediments to Friedman’s vision and usher in a new era of free-flowing money globally that could ultimately improve worldwide financial-inclusion efforts.

In one sense, the concept of a flatter world is driving this need for a revamp of the financial system. With a greater ability to work from anywhere, travel between countries and transact across borders, the use cases that demand a fluid global financial system have increased. Today, those might include expatriates, world travelers, gig economy workers and even a new class of global nomads who live while traveling.

But regardless of their occupation or reason, many share basic frustrations with their financial tools. They are often forced to maintain multiple accounts across countries, and then transfer money between them to pay bills, deposit payments and more. This manifests in significant fees and even delays access to funds.

Consider a Spanish citizen living and working in the United States. That individual would normally have to maintain two bank accounts—one in each country—and then juggle money between the two in order to balance deposits and payments.

Or imagine an immigrant who has arrived in Australia from the Philippines. To send money home to family would require wire transfer or remittance payments through a bank or remittance provider. The fees would quickly add up, and it would take days to send money each way.

The reason this is so challenging is because each country’s network operates according to its own set of rules and currencies. That means that money coming in must effectively stop and restart in a new currency and with the settlement clock begun again. In a world in which information can ricochet between countries instantly, it seems hopelessly outdated to have to wait days for transfers or checks to clear…and then to pay for the privilege.

To be fair, there are many efforts underway to speed up this process. Many countries have government-level task forces attempting to shrink payments windows to same day, or private company-led blockchain efforts pursuing instant international payments.

However, most of these current efforts are focused on solutions for the pain experienced by businesses or banks when sending money. They are attacking the practice of nostro accounts and correspondent banking to bring down the costs of transmission and introduce transparency into the process. While these will certainly have trickle-down effects to end consumers, the growth of a global community of citizens is accelerating the demand for faster consumer-facing solutions now.

One new regulatory change that is enabling the change in consumer accounts is Open Banking. By allowing banks and fintechs to build applications and services through open APIs (application programming interfaces), the promise of faster partnerships is becoming a reality. At Denizen, we leveraged this initiative as part of our global account launch with the support of BBVA (Banco Bilbao Vizcaya Argentaria) and will continue to use it as we expand into new countries over the course of this year. While this is only the beginning, the future of Open Banking is promising.

So what might the future hold for consumer-facing services that span countries and take down the time and cost of managing money across them? We’re already seeing some indicators in recent cross-border startups such as Revolut and TransferWise. They have focused on attacking specific pieces of this problem with reduced costs and compressed windows on currency exchanges and money transfers. In Revolut’s case, it is also working to limit fees associated with automated teller machine (ATM) withdrawals.

Our work at Denizen is pushing this even further by offering a broader dashboard of services through a freemium model that eliminates transfer fees. Ultimately, we believe the entire global banking industry is heading to a zero-fee model. Similar to domestic bank accounts in some countries, consumers will soon expect free checking, ATM and money-transfer services as part of a standard international offering.

Banks and providers that can deliver those services now stand to earn a reputational benefit and gain a head-start on the overall market. When this happens, we will see not just a new class of international consumer banking, but a tremendous leap forward in global financial-inclusion efforts. When mainstream banking services become easily accessible, internationally portable and free to manage, then they will become functional for a much larger segment of the world’s population.

Today, even some communities with Internet access through their cell phones don’t have a reason to engage with banking services. The cost is simply too high for their basic needs or transaction amounts. But when that cost approaches zero, then they can use international accounts to share money with family in other countries, forward cash to an account in another city while they travel over dangerous territory, or even begin to offer local goods online for sale internationally.

The results of this evolution will be stunning. Rapid progression to a low- or zero-fee international banking system with real-time transactions could bring millions more people into the mainstream financial-services fold, accelerate business and high-end customer use cases, and lead to significant macroeconomic growth.

Machines in Finance—When Did You Last Talk to Your Mother?

Thank you for putting the state of our banking global economy into prospective. I agree with you and applaud your acknowledgement of the issues that plague our world citizens in terms of international banking. I support the creation of a international banking transparent banking system that will allow everyone to become a part of the international banking process. People are suffering, tensions are high, and trust is becoming almost non existent. It is difficult to get money to those you love and those you owe.. internationally. Things need to change quickly. I appreciate the contributions that are being made by banking institutions that are moving forward in a transparent manner. These are the institutions that will be left standing with a firm foundation as others fail due to unethical practices. Open banking helps alleviate the issue of trust. Trust issues in banking hinder our global economy from reaching its full potential. Open banking and transparency creates best for all ecosystem. At this point the world can be flat, round, upside down, as long we have our money right, I don’t think we will notice to much. Open banking , gravity banking, I think we will financially survive quite well.