Top Posts
Western Banks Willing to Accept the Short-Term Pain of Russian...
Why the US Is Ramping Up Its Presence in Somalia...
How Technology Is Helping to Solve Global Supply-Chain Issues
UK Inflation Climbs to Fresh 40-Year High
Extended Reality and the Metaverse Are Leading Financial Services into...
Digital Currency: India’s Move Towards a Digital Financial System
Home Banking The Global Market for Bancassurance
Banking 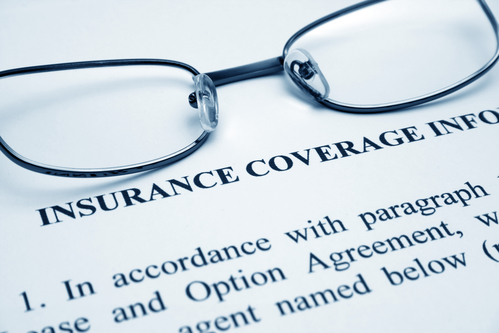 The level of bancassurance activity varies dramatically between the world’s countries and major regions. Having been pioneered in Europe, bancassurance has made its way across the world as an increasingly important distribution channel within the global insurance industry, holding an ever higher penetration rate within many regional markets. The bancassurance facility is generally regarded as a win-win situation for both institutional parties involved in the partnership: the bank is given the chance to generate a new stream of revenue from its existing customer base through the sale of insurance products, while the insurer benefits from marketing products through the bank’s distribution network of branches and agents, and getting exposure to a significantly higher potential customer base.

The exception to this trend of global bancassurance growth, however, is the US, where the absolute level of bancassurance activity still remains very low. This is primarily due to the country’s regulatory restrictions, which continue to maintain separation between bank distributors and insurance providers. Banks, therefore, are confined to selling third-party insurance products to clients, while the insurance market is dominated by more traditional channels, such as agencies and brokers.

Bancassurance is still dominated by European banking giants such as BNP Paribas, Crédit Agricole, ING and ABN Amro, which have the highest share of the global market. Despite the onslaught of financial regulation that European banks have endured since the financial crisis, the region still leads the way for bancassurance in terms of global market share. Life insurance and long-term saving products have historically dominated European bancassurance, although non-life products have become more attractive and easier to mediate in recent years.

However, recent analysis by consulting firm Timetric has predicted that “new technological innovations coupled with the challenges of the digital era are expected to put significant pressure in this channel over the coming years”. As a result, growth in bancassurance market shares for the top five European markets, namely Germany, France, the UK, Italy and Spain, is expected by Timetric to be sluggish over the next five years. The UK and Germany are predicted to experience particularly slow development, as bancassurance products are often sold by non-banking personnel who lack full-scale experience, and product offerings are deemed to be relatively unattractive compared to those of peers France and Spain. Furthermore, tightened regulation in the UK has resulted in a point-of-sale ban on payment-protection insurance, which has severely hampered the market for creditor-insurance bancassurance deals.

Nevertheless, bancassurance is expected to boom in emerging European economies over the next five or so years, especially in Poland and Turkey, where Timetric has predicted respective compound annual growth rates (CAGRs) of 15.17 percent and 14.70 percent until 2020. Investment-related life insurance products and retirement savings products are cited as being the main drivers of this growth.

Although South Africa is currently at the front of the regional pack in terms of the development of its bancassurance sector, many countries in Sub-Saharan Africa have been catching up in recent years. In its extensive report published last year, “Bancassurance in Sub-Saharan Africa: Current State and Future Perspectives to 2020”, Finaccord found that 10 African countries—Angola, Côte d’Ivoire, Ghana, Kenya, Mozambique, Nigeria, South Africa, Tanzania, Uganda and Zambia—had developed banking systems that were well-positioned to generate significant revenue from bancassurance over the next five years. Thanks mainly to a growing regional presence of international banks such as Barclays, Ecobank and Standard Chartered, as well as the strong emergence of insurance groups including AIG, Kenyan Alliance and Jubilee Insurance, a strong foundation has now been laid in Sub-Saharan Africa for bancassurance to flourish. The Finaccord report also estimated that the most popular product in the region is credit life insurance, which has been tied in with mortgages and personal loans; this is closely followed by household insurance and motor insurance, both of which are combined with specific lending facilities.

Indeed, the bancassurance expansion in Kenya has been so pronounced that traditional insurance agents have been dropping out of the industry, citing a loss of business to banks as being the critical factor. According to the country’s Insurance Regulatory Authority, 2013 saw 593 new insurance agents registered in Kenya, almost half the number of new agents in 2012, while just under 2,000 agents dropped out of the industry altogether in 2013, substantially larger than the 758 agents who quit a year earlier. Moreover, a 2015 report by Deloitte has asserted that bancassurance is set to increase significantly in Kenya, reportedly brought about by the Central Bank of Kenya’s drive to narrow interest rate spreads, which should induce lenders in the country to diversify their product offerings in an attempt to maintain profitability.

Brazilian banks have had a challenging time in 2015 thus far, however. The operating environment for lending has become increasingly tough against a backdrop of macroeconomic stagnation, although those banks that have diversified into bancassurance have invariably been the ones to prosper in recent years. Roughly two-thirds of all insurance premiums (except for the health segment) have been generated by Brazil’s biggest four banks—Banco Bradesco, Itaú Unibanco, Banco do Brasil and Caixa Economica Federal. Recent tie-ups with insurance companies have proven to be profitable for these banks and have come to represent a prudent form of business diversification that, according to Fitch, will help them weather the challenging operating conditions more strongly than those lenders that are more dependent on credit revenues.

Another reason for bancassurance’s success in Brazil is the relatively low market penetration for insurance products. At 4.2 percent as of June 2014, market penetration remains above Latin America’s average but well below the average for developed economies at 8 to 10 percent. Fitch cites Banco do Brasil’s joint venture with Spanish insurer Mapfre and Itaú’s 30-percent stake in Porto Seguro as being two examples of bancassurance deals in recent years that have proven to be highly beneficial, while Bradesco experienced a 28-to-31-percent portion of its parent company’s total earnings being generated from insurance operations between 2010 and 2014. Brazilian banking giant Itaú Unibanco, meanwhile, reported a 15-to-17-percent share of total profits being classed as insurance profits over the same four years.

Among the world’s major regions, bancassurance is currently growing most quickly in Asia. Some of the fastest growth markets for bancassurance activity include India, Korea, Singapore, Indonesia and the Philippines, and many countries are exhibiting an evolving Asian bancassurance structure that involves several foreign insurers competing in the limited space currently occupied by the relatively few domestic bank distribution platforms. According to analysis published in February by Reportstack and Finaccord, entitled “Bancassurance in the Asia-Pacific Region: Strategies of the Region’s Top 150 Retail Banking Groups”, US insurance group MetLife holds the most bancassurance partnerships in the region, followed by the UK’s Prudential and Japan’s MS&AD Group.

While China has been leading the region in numerous aspects of commercial development over the last few years, its push for greater bancassurance penetration to date has been surprisingly muted in comparison. Finaccord found in late 2014 that of the 108 of China’s biggest banks that it analysed, only 54 offered some form of bancassurance, with much of the reticence towards this channel being attributed to a lack of transferable skills among Chinese banking professionals. Given the requirements to retrain bankers to understand insurance products to avoid potential reputational damage caused by the misselling of an insurance product, many lenders remain risk averse to such tie-ups. Advisory firm Technavio, however, believes that this apprehension is merely a temporary problem, and given the drive in the country’s insurance markets, underpinned by China’s aging population (and life insurance accounting for one-third of the overall market), bancassurance is expected to become increasingly attractive over the medium-term. Technavio projects that China’s bancassurance market will have a CAGR of 15.91 percent from 2014 to 2018, with foreign insurers expected to significantly expand into China in the coming years.

Singapore has also emerged as a thriving hub for bancassurance over the last five years; in 2009, only 22 percent of the share of total new insurance business sales was accounted for by bancassurance, but by 2014 this share had grown to 36 percent. Furthermore, Singapore has recently been the location of many of the global bancassurance industry’s most high-profile deals, none more so than the $1.2-billion partnership between DBS Bank and Manulife Financial Asia, a 15-year deal beginning at the start of 2016 that will enable Manulife to sell its health and life insurance products through DBS’s 200 branches in Singapore, Hong Kong, China and Indonesia.

Emerging economies in Asia, meanwhile, are experiencing substantial growth in bancassurance. The Philippines, for example, has experienced a 32-percent increase in the combined earnings of its insurance companies during 2015’s first quarter; an improvement in profitability that the country’s Insurance Commission has stated is specifically being driven by bancassurance. Three of the top six Philippine insurers are involved in bancassurance operations, with BPI-Philam, Insular Life and Manulife China Bank all reporting first-quarter profit growth of more than 100 percent.

Indonesia has also seen a flurry of partnerships being established between banks and insurance companies over the last few years, with 1,074 bancassurance cooperation agreements having been established by April 2014. Many Indonesian life insurance companies are predicting that their bancassurance distribution channels will continue to grow strongly in the future, despite the slowing Indonesian economy in 2015, and the country’s universal health care program being fully implemented this year. Manulife Indonesia, for example, expects to partner with more lenders for its bancassurance segment than its current tally of 12 before the year end, in order to better the 28-percent contribution bancassurance made to Manulife’s new business premiums in 2014. Manulife’s partnership with sharia lender Bank Muamalat Indonesia, established late last year, is expected to be a significant driver of its bancassurance business in 2015, especially following the launch of a new joint insurance product in June.

In its December 2013 analysis, TechNavio estimated that the global bancassurance market will grow at a CAGR of 5.98 percent between 2014 and 2018. Much of this growth will come from the adoption of more enhanced, diversified product portfolios offered by banks, particularly in the face of further banking industry regulation that is certain to limit the profitability of lenders’ more traditional business lines. Moreover, it would appear certain that Asia will be the principal driver of this growth, while Europe remains strong but stagnant.