Top Posts
Designing the Next-Generation Banking Treasury Management
Is the US Finally Warming to the Possibility of Creating...
Enabling the Drive Toward Green Finance with Technology
Why Have Tin Prices Struggled in 2022?
The Devil We Thought We Knew
How China Has Managed to Avoid the Inflation Bug
Home Banking The Hiring Plans of Finance Professionals in the UK Banking Sector Held up in 2018 Despite Brexit Unpredictability
Banking 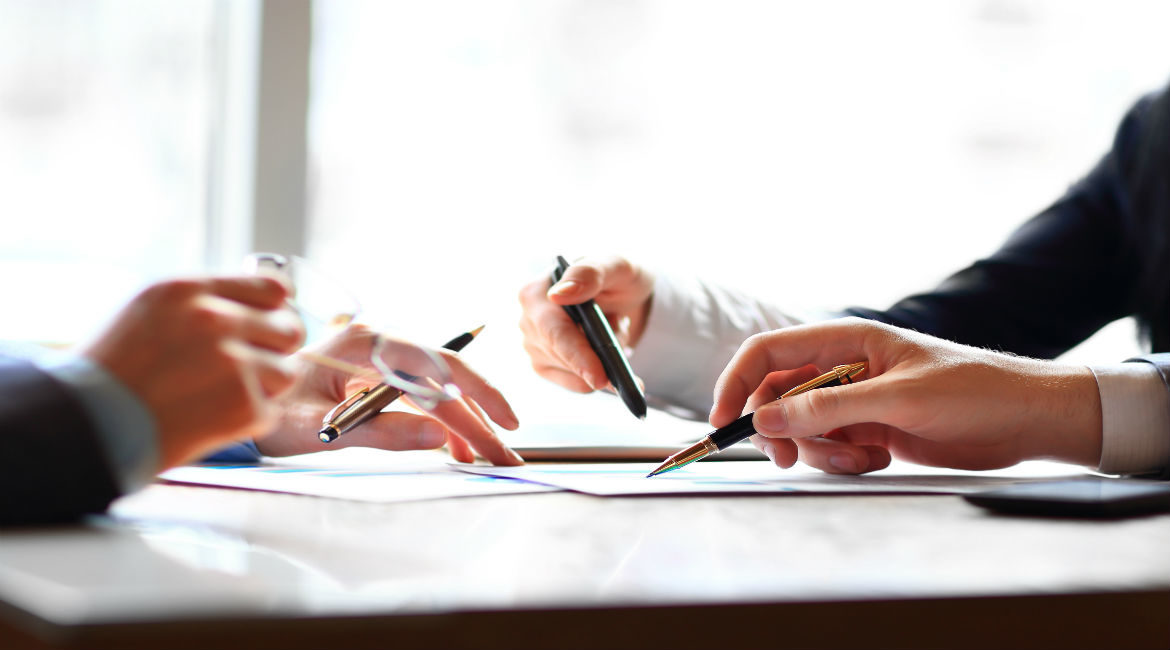 Recruitment into banking and financial services across London, the Home Counties and the South West remained resilient in 2018, despite the fact that there were slight decreases in professionals actively looking for work across categories such as compliance, financial-services operations, and strategy, projects and change—when compared to figures from 2017. Companies did what they could to hold onto employees with a heightened sense of the importance of strong talent attraction and retention, resulting in a resurgence of counteroffers and new benefit packages; organisations have taken necessary steps to establish stability in their workforces as we head towards the Brexit “leave date”.

Finance professionals working for Tier 1 and Tier 2 investment banks remained relatively stable throughout the year. Some of the banks were still in the hiring-freeze phase, meaning volumes were mainly driven by roles that required technical skills due to regulatory changes. In contrast, there was an increase in hiring across the challenger and smaller banks.

The flow of jobs in investment banking was excellent throughout 2018. Bonuses were either down or flat in many instances, and there was an element of uncertainty. Regulations dominated hiring initiatives, with GDPR (General Data Protection Regulation) and COREP (Common Reporting Framework), to name just a couple, absorbing the majority of the focus.

Unsurprisingly, Brexit was the primary cause for uncertainty across the market, but there were still instances of hiring for growth in London. This can be attributed to functions requiring new heads to help through the transitional period of the United Kingdom preparing to leave the European Union (EU). Having said this, the theme of offshoring did continue, and those hiring managers found it increasingly difficult throughout the year to get headcounts signed off in London. As a consequence, banks have been hiring more in lower-cost offshore locations, such as Poland and India.

Another noticeable theme was the uplift in demand for specialist hires in London, with hiring managers realising that their headcounts must be filled with high-calibre professionals. For example, the demand for IFRS (International Financial Reporting Standards) technical accountants went up by 33 percent in 2018 when compared to the previous year.

As a whole, candidates remained relatively active for the duration of the year. With reduced bonuses, there was little to wait around for at the start of the year, and therefore many were open to a move. This appetite appeared to persist for the rest of the year. Despite the fact that candidates were open to new opportunities, hiring managers still found it difficult to bring in quality around the assistant vice president (AVP) level. Duration of processes had a key effect on hiring success when it came to the best-quality candidates—32 percent of hiring managers in this area outlined delayed processes as the primary reason that they failed to hire their interviewees. The banks that dragged their feet and waited around were often left wanting.

Not only did processes have to be snappy, but hiring managers also had to contend with the resurgence of counteroffers; 37 percent of employers identified counteroffers as the top reason they missed out on candidates. This figure is greater than the average across all disciplines, suggesting employers in this area are particularly keen on holding on to their best professionals. Organisations were frequently seen to be paying over the odds to retain their staff in order to avoid going through new recruitment processes. This, in turn, has driven up salaries in areas that perhaps don’t warrant the increases.

On the temporary side, some of the organisations that demanded temporary resources in 2017 were not those driving interim recruitment in 2018. There were large increases in the number of technical and specialist roles in areas such as IFRS 9 and 15, valuations and regulatory reporting. This came from banks facing new legislations concerning how they will continue to operate within the United Kingdom—many have been preparing for the outcome of Brexit, which means there has been vast hiring for project- and business-analysis-focused roles. The SME (small and medium-sized enterprise) market was strong at the start of 2018 and also saw a surge in activity at the end of the year, with a number of organisations staffing up interim resources due to projects and mergers. We saw a higher proportion of FTCs (fixed-term contracts) in this area, likely due to nervousness from smaller companies surrounding the implications of the proposed changes in IR35.

The majority of roles were at assistant vice president and vice president levels, with very few in the banking sector at the director level in the interim space. Interestingly, rates remained flat for these roles when compared to 2017. The challenge within the SME world was that the fixed-term contract salaries offered were not competitive, and given that the candidates were harder to find, they could command higher rates.

The most popular roles, skills and qualifications

The banking sector was the standout performer in 2018, with huge increases in jobs across both investment banking and SME banks. The volume of opportunities has largely been driven by technical roles in the regulatory space, across financial reporting and valuations in the product-control space. Banks commenced their Brexit offshoring operations, and changes within regulatory frameworks combined to result in increased technical hiring for London-based roles. There was a constant demand for technical expertise in policies across the banking sector as well.

Whilst there was an increased volume of completed hires, there was also a restricted candidate pool. This sentiment was echoed as 63 percent of employers perceived a skills shortage across accounting and finance in the UK. This became increasingly evident in the technical space, and we saw companies increasing salaries of any appropriately skilled individuals whom they already employed so as not to risk losing them to competitors who might try and tempt them to move. This was a contributing factor to the notable salary increases in this space being well over market expectations.

Noticeable workplace trends across accounting and finance in banking

Diversity and inclusion remained a prominent focus for the banking sector. Workplace policies that encouraged a good work-life balance and training surrounding unconscious biases when hiring have been increasingly implemented and continuously improved. Companies have been actively engaged in efforts to attract and develop a diverse workforce through internal policies, as well as educating external stakeholders. A somewhat impressive figure of 65 percent of accounting and finance hiring managers had a successful diversity strategy in place, representing the desire for greater balance across the profession.

Flexible working policies played an important role in attracting top professionals. Professionals placed an ever-increasing level of importance on their work-life balance, and employers have had to accommodate for this—26 percent of professionals outlined improving their work-life balance as their primary career goal for 2019. Due to this desire for more family or personal time, greater numbers of candidates have been attracted to the SME banks.

Brexit has undoubtedly caused a significant change in workplace trends as well—especially the increased hiring for positions outside of London. Companies have offered large increases in salaries and benefits in an attempt to attract top talent away to different countries. The positions that remain in London place a heavy emphasis on necessary technical know-how.

Retention of top professionals was also impressive in 2018. Salary increases rose more than 3 to 5 percent internally, and the option to move within the company to further career progression and ensure the top talent remains within the business was prevalent.

The larger financial institutions put less of an emphasis on wholesale changes to systems, whereas the SME space invested more heavily in this area. The insurance sector put more investment into systems, particularly to get more meaningful MI (management information).

Uncertainty is the key word for 2019. If you were to ask some of the world’s most experienced bankers what the climate looks like for the industry, you would rarely get the same answer twice. All the talk surrounding a hard or soft Brexit, or whether there will even be a Brexit, shows nothing is guaranteed. One thing that is almost certain, however, is that compared to what was a strong 2018, things don’t look as if they are going to drastically improve in 2019.

However, the banking and financial-services sector will potentially be impacted less than commerce. This is because financial services have been planning for longer and have already been making necessary changes. Brexit projects will still continue to be staffed well beyond March, which will drive forward some of the interim roles that will be recruited over the course of 2019. We also expect to see a large proportion of roles coming from technical accounting changes and further regulatory requirements coming from the industry. Some of the larger retail banks will continue with finance-business partnering roles as they continue to offshore/onshore the more “engine house” finance roles.

Given the fact that temporary resources are so widely used in finance within banking, there is no real reason why this should change. However, it would be logical to assume that we may see some changes in the way candidates are paid the nearer we get to 2020 with the impending changes to IR35.

Depending on the Brexit deal that is secured, we could see a number of things happen. Mass hiring freezes are not off the table, and a few banks have already pulled the shutters down in finance—The Bank of England and BNP Paribas to name just a few. A hard Brexit could stimulate an increase in outsourcing, whilst a second referendum may bring investment back to the UK. A running theme of the Leave campaign was to state how London will hold its own, inside or outside the EU. Even if this proves to be true, short-term strategies around where to place staff and resources could leave those who fail to act lagging significantly far behind.

With all of this considered, a recent trip to meet a managing director level finance professional at one of the UK’s largest banks gave cause for optimism. When asked about Brexit, the professional simply responded, “We outsourced everything years ago anyway. The jobs we have in London cannot be done elsewhere. Do your worst, Brexit!”

Perhaps this “stiff upper lip” attitude is what London requires to continue thriving, whether we leave the EU or not.