Top Posts
Challenges Remain, But There Are Opportunities to Be Had in...
Interview with Mr. Olukayode Pitan, Chief Executive Officer and Managing...
Commodities Outlook for 2023
The Value of Cash in a Time of Crisis: How...
The US-Africa Leaders Summit: Fostering a Closer Relationship with the...
Three Key Sectors in Which to Invest in 2023
Home Banking The Humanoid Banker – Science Fiction or Future?
Banking 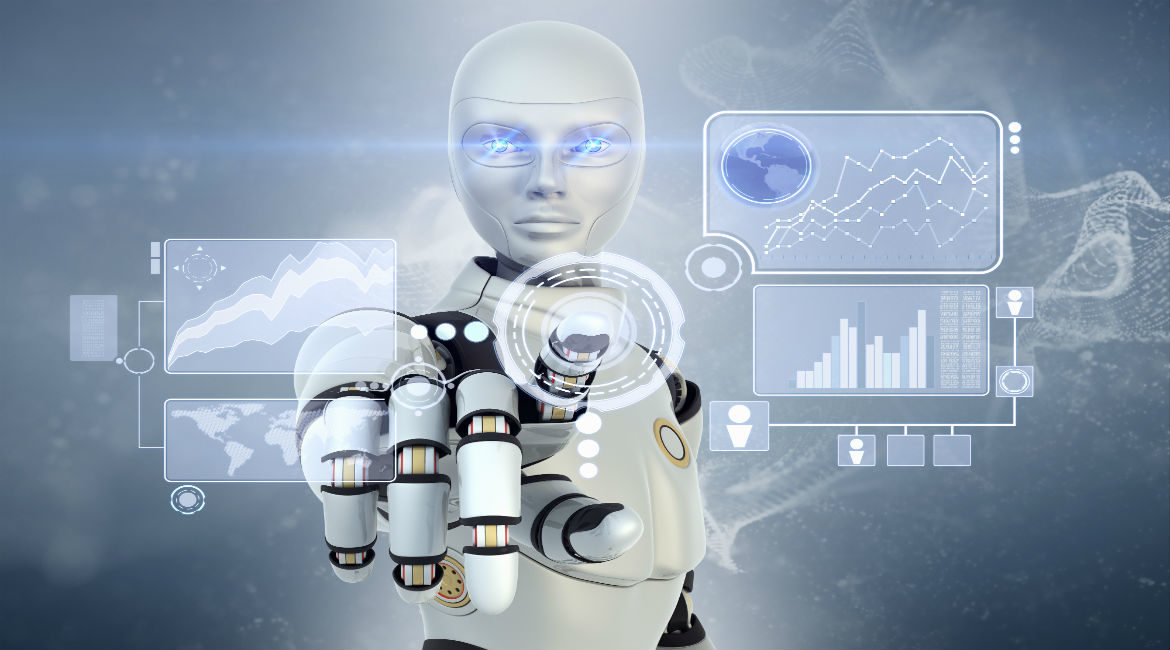 The ongoing debate about robots and artificial intelligence eliminating jobs calls for dramatic shifts in the way financial services will be delivered. And yet, the banking profession hasn’t really changed much in the last few years, and new technologies haven’t caused radical disruption (yet).

Nonetheless, I believe change and a high-tech approach are inevitable. Change might just take longer and will happen in rather unexpected ways.

There is a lot of hype about robots and artificial intelligence (AI) taking our jobs, and for many observers, especially bankers, Frankenstein’s monster is still present in their minds. But if human-designed robots were to kill jobs, they would not be the cause; humans would be.

How have our economies and societies progressed so far in the developed world? Poverty is rapidly decreasing in underdeveloped countries and has been almost eliminated globally, making the sustainable development goal of eradicating poverty an achievable goal by 2030. This progress has been driven by new technologies and more productive ways of working.

We are now in the Information Age, and I believe the next lap on this journey will be the automation of even more manual, but especially information-processing, tasks. This will include complex processes in real- and near-time that require artificial intelligence, machine and deep learning. We will see robots in physical but also in virtual forms, i.e., integrated in software applications. This ongoing development makes the combination of humans with technology, such as integrated chips and wearable technologies, an easy-to-imagine possibility. And banking will be no exception if the goal is to reach higher productivity, value creation and service quality.

Will automation lead to job losses? If so, which jobs? And what if businesses can simply not serve their clients anymore with the desired quality on time? At times, we probably all have the desire to slow down the pace of our personal lives and work activities. But it’s in the nature of evolution that humankind becomes more productive and moves on faster than in the past. And we have always kept progressing by applying new technologies. That’s why I believe there is a need for speed.

Nowhere is this more prevalent than in the office, where life can feel like an endless procession of emails and meetings, with little precious time to get anything productive done. But why, then, are so many people, especially in the developed world, worried about robots and digitalisation killing their jobs?

The sheer volume of information reaching us can drastically reduce our productivity. Humans are not well-equipped to multi-task: every time you shift attention from one thing to another—responding to an email notification, for example—you take a cognitive hit. Scientific evidence proves that the average worker can focus on a task for only 11 minutes before being interrupted. Another recent study found that banning workers from checking their inboxes made them less stressed and more focused.

A faster pace of life is associated with greater stress, and those who spend longer hours at the office are at higher risk of a heart attack, to name one health risk.

The need for speed

But as office life speeds up, it can also bring significant benefits for workers.

The varying pace of life is the subject of surprisingly little research. The most in-depth international study on the topic is a 1999 paper by psychology professors Robert Levine and Ara Norenzayan. They found that those living in faster-paced communities also tended to be more productive, and had a greater sense of subjective wellbeing.

Another paper, which examined the pace of life in cities, found that life speeds up in large urban areas. The greater frequency of social interactions leads to a faster pace of innovation and wealth creation.

It is obvious that banking will also have to change and adapt to the new reality.

Big events in the financial industry have had great impacts in the last 10 years. The global financial crisis from 2007-08 was just the ignition for numerous scandals followed by huge fines, leading to a flood of new regulations (AML, KYC, Basel III). Unfortunately, most regulations have yet to prove their benefits for the consumer and bank client. They have definitely made service delivery more bureaucratic, time-consuming and costly, reducing client satisfaction. And, of course, they have also made life for the bank staff more difficult, especially as resources are trimmed and cost-cutting continues.

And this is all happening in the midst of a global shift of economic power towards the East. We should also note that the developed world, especially in Europe, is rather more technophobic than progressive. This sharply contrasts with the emerging Asian economies, driven by behemoth China. They are already now taking the lead in many technology and science disciplines, e.g., robotics, artificial intelligence, social media, smartphones, wearable technologies, internet of things and so on. Considering the sheer scale of users today and the huge increase of newly affluent clients, it’s easy to see what we have to expect in our complacent and fearful societies.

Banking with a human touch?

Banks that are able to redefine themselves and understand how to fulfil client needs by supporting their employees with the appropriate technology will have a better chance of staying in the game and playing a significant role.

We should note that client expectations remain the same as ever:

But as in other areas, technological and societal developments have changed the context of client expectations.

How can technology save banks?

To counter the massive challenges for the banking industry, we need more than just cosmetic changes of internal processes. Mass personalization is now a reality, but is multi-dimensional mass tailoring, too? Some preconditions are fundamental to allow radical progress. This includes that law and regulations have to become machine-readable.

A humanoid by definition is a robot or a human-like creature with human characteristics and behaviours. But how human can ‎humanoids become? Can robots have feelings and learn how to deal with emotions? Will they have dreams and secrets? ‎Will robots eventually—naturally—evolve by themselves? The fantasy of enthusiasts and creativity of engineers seems boundless. ‎

Banking is more than technology, but it cannot progress without it

So, the big question is: Can trust and a human touch be delivered by a robot without human interaction?

The challenges for banks are to keep pace with technological progress and to digitize, automate and integrate their know-how into their processes. This requires complex change management, not only technologically, but also of the corporate culture and mindset. The latter are the greatest obstacles in this transformational journey, and managing this will separate the winners from the losers.

The human focus must lie on complex client needs and social interaction, whereas automation must transform everything possible across the value chain. Naturally, you can’t digitalise all activities, but the speed of execution has to increase dramatically. 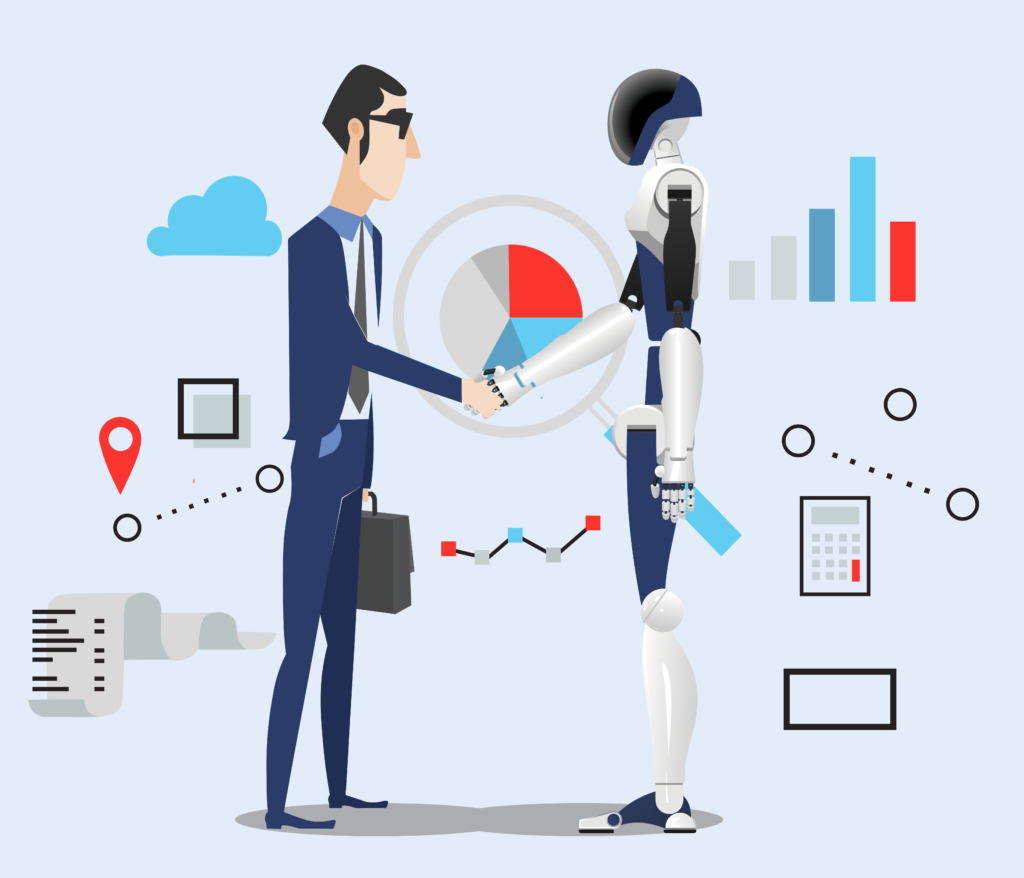 It is not the strongest of the species that survives, nor the most intelligent that survives. It is the one that is most adaptable to change. Charles Darwin

Will your next banker be a machine?

The typical answer in a complex world is as always: it depends.

To adapt to the need for speed, banking platforms will have to provide the foundation for complex services, and mass customisation will increase productivity. Human interaction will have to focus on the activities in which human genius cannot be replaced by algorithms and automated processes.

The need for speed and scale to serve a growing world population at affordable costs will necessitate robotics, artificial intelligence and machine learning. Banks enabling their staff with productivity-enhancing capabilities will experience asymmetric growth.

Evolution is natural, not just for nature and humankind, but also for businesses. The way societies have evolved over the last few hundred years will continue into the future. This could ultimately lead to “collaborative robots” working with human workers in a symbiotic way. We already experience this through repetitive tasks in factories and warehouses.

Perhaps soon bankers will all be saying, “Yes, there’s a bot for that.”

Welcome to the humanoid banker: a human banker in a symbiosis with productivity-boosting technology.