Top Posts
Is It Time to Explore an Alternative to Fractional-Reserve Banking?
Can AgTech Prove Instrumental in Helping to Feed the World’s...
Can the Indo-Pacific Economic Framework Expand US Economic Influence in...
Banks Remain Uniquely Vulnerable to Sophisticated Cyber-Attacks
Western Banks Willing to Accept the Short-Term Pain of Russian...
Why the US Is Ramping Up Its Presence in Somalia...
Home Banking The Impending Challenges for India’s State Banks
Banking 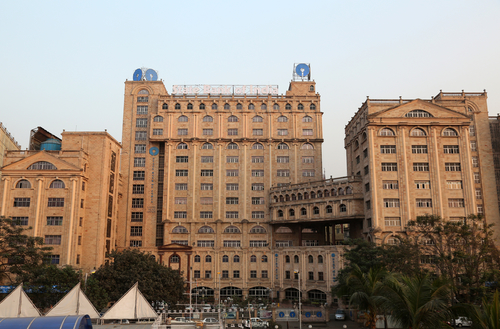 The end of July saw numerous Indian state-run lenders report drops in first-quarter net profits. Earnings within the banking sector had clearly been constrained by the highest bad-loan ratio experienced in a decade, with India’s public banks deemed to be the biggest culprits. According to India’s central bank, stressed loans across the entire banking system edged above 11 percent on average, although this figure rose to 13.5 percent for public banks alone, and worryingly is expected to rise further before the end of the year. A startling 26 out of India’s 27 state-backed lenders (the notable exception being market leader State Bank of India) are trading below their book values, which has in turn limited their chances of attracting capital from private investors.

State banks dominate India’s banking sector—although distinctly less profitable than their private sector counterparts, they oversee about 70 percent of the country’s lending and are responsible for approximately 850,000 unionised employees. Given their consistent underperformance, they are now being increasingly viewed as a drag on the process of economic reform and market liberalisation, which has been undertaken by Prime Minister Narendra Modi since being elected to office last year. The government, therefore, has decided to introduce measures to improve the performance of these ailing public-sector lenders.

Having already promised in January to end “lazy banking”, a term used to describe the inefficiency and risk-averse lending behaviour of state-backed banks, the Modi government has recently intervened with an emergency recapitalisation injection, expected to be in the region of Rs700 billion (USD11 billion) over the next four years—Rs200 billion (USD3.1 billion) of which is expected during the current financial year. The injection has been implemented primarily to help state lenders meet Basel III banking regulation thresholds, with an estimated total of Rs1.8 trillion required through March 2019. The Rs1.1 trillion shortfall, the government expects, will be raised through a combination of further reforms, the sale of assets and a concerted crackdown by banks on bad loans, all of which should enable a greater amount of funding for the banks from the market.

The idea of privatisation has also been widely posited as a solution to improve the efficiency of state banks, although Modi has been resolute in ensuring this does not happen. However, he has planned to cut state control to 52 percent in a bid to increase competitiveness and thus attract private investment.

Although the government measures seem to be positive on the whole, many analysts believe that they are still somewhat underwhelming. Further to the billions of dollars in capital required to comply with Basel III, for example, Fitch’s Indian unit has also calculated that Rs1 trillion (USD15.7 billion) is immediately required for banks to manage risks from their exposure to debt-laden corporates, such as the collapsed airline company Kingfisher. Indeed, central bank governor Raghuram Rajan has been pressing the government to begin writing down debt accumulated in the power and steel sectors, which would ostensibly put an end to the continual rollover of bad loans by banks for such troubled companies. While enacting such a move has not been considered politically expedient thus far, the pressure has clearly been mounting for state-owned banks to get in shape.

Indeed, it would appear that the banks are feeling this pressure, both from a government that is keen to accelerate economic growth, and from a central bank that continues to desire that greater responsibility be taken by stressed companies. In response, banks have targeted smaller borrowers through “name and shame” campaigns, while also widely using media channels to advertise seized assets. Some banks have even gone as far as having employees protest outside the offices of rogue debtors. Such moves have resulted in small wins for banks—Suzlon Energy, for instance, was practically forced to realise a significant loss on the sale of its German unit following an exceeding amount of pressure applied by Indian lenders to cut its debt.

As much as the government remains committed to supporting and reforming state-run banks, it seems that deep-rooted problems that continue to hamper their performances will very likely persist, particularly with the option of privatisation having been discounted for the time being. Weak leadership, poor salaries for the management of state banks and poor lending decisions are just some of the problems that will need to be addressed if India’s state banks are to play their expected roles in achieving the country’s long-term economic goals.