Top Posts
Interview with Mr. Olukayode Pitan, Chief Executive Officer and Managing...
Commodities Outlook for 2023
The Value of Cash in a Time of Crisis: How...
The US-Africa Leaders Summit: Fostering a Closer Relationship with the...
Three Key Sectors in Which to Invest in 2023
Three Key Stocks in Which to Invest in 2023
Home Banking The Importance of the New Development Bank
Banking

The Importance of the New Development Bank 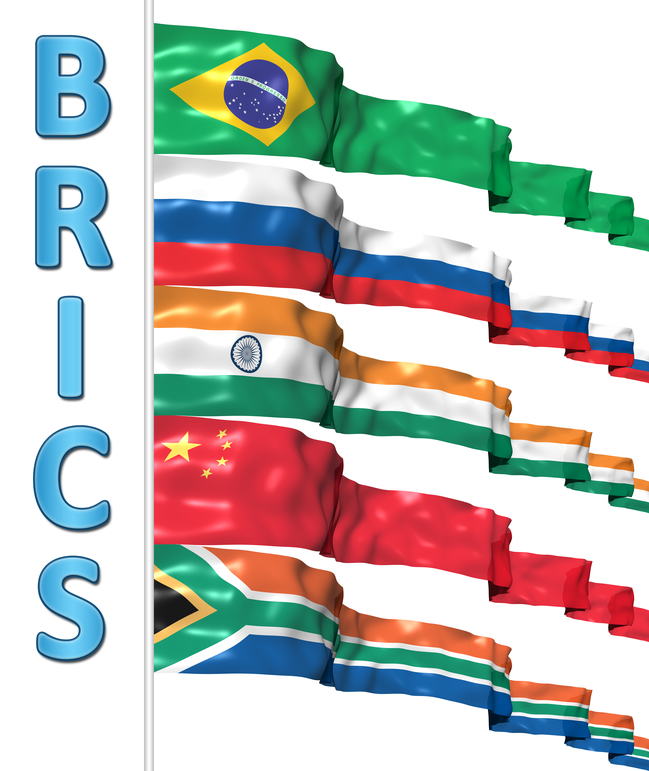 At their 2013 annual summit in Durban, South Africa, the BRICS countries—Brazil, Russia, India, China and South Africa—agreed to establish the BRICS Development Bank, which soon became known as the New Development Bank (NDB). At the summit, a Declaration and Action Plan was created, which asserted that the NDB would be set up in order to provide resources for infrastructure projects and sustainable development initiatives in the BRICS as well as other emerging and developing economies. The NDB plans to work alongside local and regional financial institutions to promote growth and development.

Initial contributory capital from the five signatories will be $10 billion each, and the bank will begin lending operations in 2016. An additional $50 billion is expected to be added by members who join at a later date. The BRICS will also provide liquidity protection to its members and attempt to contain the volatility of each member’s currency through the creation of a $100-billion “contingency reserve arrangement” (CRA), 41 percent of which will be contributed by China, 18 percent each by Brazil, India and Russia, and 5 percent by South Africa.

The BRIC acronym, which initially applied to four of the five aforementioned countries, was coined in 2001 by retiring chairman of Goldman Sachs Asset Management, Jim O’Neill, to highlight the diffusion of economic power away from the developed world and towards these four emerging economies. Along with South Africa, the five countries now account for 40 percent of the world’s population and almost 20 percent of its GDP ($16 trillion). Indeed, emerging economies have contributed the lion’s share of the world’s economic growth since 2007-08, but the current structure among global developmental financial institutions has not progressed at the same pace in order to reflect the growing influence of the BRICS.

The NDB is increasingly being viewed as a counterweight to Western-led global-development institutions such as the International Monetary Fund (IMF) and the World Bank. The US has effectively had a controlling stake in the IMF for several decades thanks to its dominant contributory share of the Fund’s capital, which gives it enough voting power to unilaterally veto IMF decisions. Only 15 percent of total member votes are required to stymie any decision made by the Fund—the US critically possesses a 17.68-percent share of the total. Meanwhile, despite having the world’s second largest economy, China still remains outside the top five IMF shareholders—currently consisting of the US, Japan, Germany, the UK and France—which between them hold 40 percent of the total voting power.

During 2010’s G20 meeting in Seoul, an agreement was reached to formulate a fairer process to determine country voting quotas, with China due to become the third largest IMF member and India, Russia and Brazil being among the Fund’s top 10 stockholders. This new process was expected to be put into practise in 2014, but so far it has been blocked by US Congress, meaning that the reforms are yet to be effected. Brazil and Russia have also attempted to push through a “de-linking” proposal, which would make the US give up its veto power on a temporary basis, but this measure also seems unlikely to be ratified by US Congress any time soon.

It is very much against the backdrop of such perceived “foot-dragging” by the US that the NDB has emerged. The IMF was firmly in the BRICS’s crosshairs during its 2014 summit in Fortaleza, with member leaders lamenting the lack of reform in the Bretton Woods institutions and questioning the Fund’s “legitimacy, credibility and effectiveness”. The BRICS currently hold only 11 percent of voting shares in the IMF and only 14 percent of the International Bank for Reconstruction and Development, despite the fact that it is estimated by the Center for Global Development that national infrastructure investment in Asia between 2010 and 2020 will total a staggering $8.22 trillion. It is this gap between the availability of finance and current investment infrastructure needs that the NDB intends to plug. In doing so, the NDB will theoretically give emerging economies a greater proportion of representation in global developmental finance. Despite the creation of the NDB, the BRICS will nonetheless remain significantly invested in the IMF, World Bank and World Trade Organisation.

One profound way in which the NDB will challenge US hegemony is through the lack of reliance on the US dollar. The BRICS plan to lend in domestic currencies, which is in contrast to the World Bank, for example, which only lends in dollars. Assuming the NDB fulfils its growth potential, the internationalisation of the BRICS currencies, therefore, would diminish the power of the dollar as the world’s leading reserve currency.

Of all member nations, Russia will be the most keen to see an anti-dollar alliance flourish. The financial sanctions imposed on Russia by the US have meant that billions of dollars of Russian-owned assets have been frozen. Facilitated by the CRA of the new bank, therefore, Russia has entered into a $24.4-billion yuan-ruble currency swap with China, as well as a 30-year, $400-billion natural gas deal that for the first time will be executed in domestic currencies, not dollars. China, meanwhile, continues to increase the international dependency of its currency, especially in Asia and Latin America, where BRICS partner Brazil is the predominant commodities trading partner.

It also appears as though debt-laden Greece could be given a vital lifeline by the NDB, in what can also be seen as a move by the development bank to establish itself as a viable alternative to the IMF. On May 11, Greece made an €750-million (USD$845-million) debt interest payment to the IMF, while it is also expected to implement numerous austerity measures in order to gain access to the remaining €7.2 billion in bailout funds. Obtaining the funds is of paramount importance to Greece, with Finance Minister Yanis Varoufakis admitting that the country’s liquidity position would dramatically worsen if the funds were denied.

Russia has given the financially beleaguered nation an invitation to become the sixth member of the bank. While Russia could potentially benefit from such a move by obtaining a NATO ally at a time when it has been financially and politically isolated, the advantages of such an addition to the club for other BRICS members remains to be seen at this stage. Greece will formally discuss the options of potential membership with member states in June.

It is becoming increasingly likely that, along with the China-led Asian Infrastructure Investment Bank (AIIB), the NDB will eventually emerge as a major cornerstone of the global developmental landscape. Moreover, the emergence of such institutions will very likely dent the hegemonic influence over developmental finance that the US currently enjoys. Recent news that several US allies will join the AIIB, including the UK and many other Western European countries, will also pose testing questions to the US about the current lending model followed by the IMF, World Bank and other Western-led development banks and how they should respond.

It must be emphasised, however, that while the NDB will probably emerge as a competitor to the World Bank and the IMF, it will take several years before it can accumulate the magnitude of lending volumes of these organisations. It should also be noted that the NDB may also eventually evolve to opt for different strategic targets to that of current development banks in terms of the proportion of resources it allocates to various industries, to poverty alleviation and to the geographical regions on which it decides to apportion funds.