Top Posts
Is It Time to Explore an Alternative to Fractional-Reserve Banking?
Can AgTech Prove Instrumental in Helping to Feed the World’s...
Can the Indo-Pacific Economic Framework Expand US Economic Influence in...
Banks Remain Uniquely Vulnerable to Sophisticated Cyber-Attacks
Western Banks Willing to Accept the Short-Term Pain of Russian...
Why the US Is Ramping Up Its Presence in Somalia...
Home Banking The Industry’s Small Giant: How Robinsons Bank Is Paving the Way to Conquering Greater Heights
BankingCompanies

The Industry’s Small Giant: How Robinsons Bank Is Paving the Way to Conquering Greater Heights 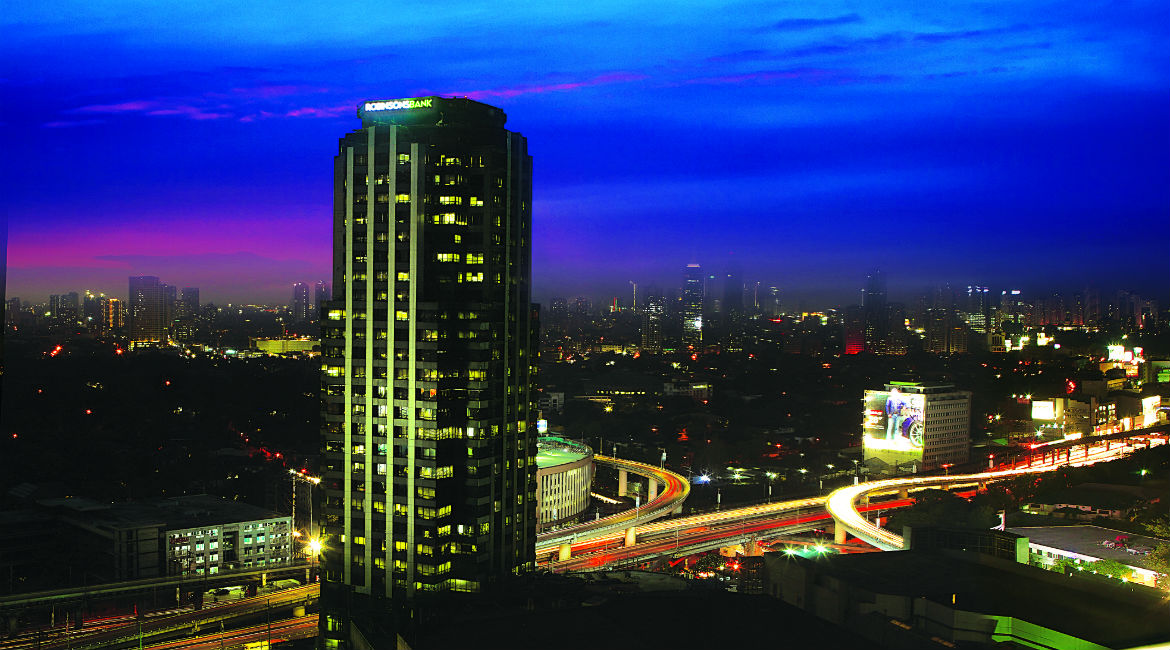 Robinsons Bank (referred to as “RBank” or simply “the Bank” in this article) is the financial-services arm of JG Summit Holdings, Inc. (JGSHI), one of the largest and most diversified conglomerates in the Philippines. The Bank was established as a savings bank in 1997 amid the backdrop of the Asian financial crisis. Mergers and acquisitions led the Bank to become a commercial bank in 2010. At that time, RBank was the 31st largest bank in the entire Philippine banking system. Robinsons Bank acquired Legazpi Savings Bank (LegazpiSavings) in 2012 for greater market reach in the Bicol Region. LegazpiSavings is a wholly owned subsidiary of Robinsons Bank.

Major breakthroughs began in 2015 upon the implementation of Roadmap 2020, the Bank’s strategic initiative that laid out the path that the Bank would undertake over the next five years. Headed by the newly appointed president, Elfren Antonio S. Sarte, and supported by the senior management, the Bank rolled out the major developments that would lead the Bank to its current position. Signaling their trust and confidence, shareholders infused Php6.1 billion into the Bank. In July 2018, the shareholders injected an additional Php3.0 billion to show their continuing confidence in the Bank’s growth prospects.

Being awarded as Best Commercial Bank in the Philippines by the International Banker 2019 Banking Awards and as Fastest Growing Commercial Bank in the Philippines by Global Business Outlook Awards 2019 is a testament to the Bank’s immense success in delivering value and commitment to its stakeholders. In addition, the latter awarding body recognized the Bank’s product DOS® Card as the Most Innovative Credit Card Product and its deposit product Simplé Savings as the Most Innovative Banking Product. Robinsons Bank DOS® card offers cardholders the power to live life lighter, as this product extends their finances by paying all of their straight retail purchases in 2-Gives, with no minimum amount required and at 0 percent interest. Simplé Savings, on the other hand, targets the more than 50 million Filipinos who are unbanked and underserved. The same product was also recognized by the Bank Marketing Association of the Philippines as the Best Financial Inclusion Program in the country. To add to these accolades, towards the end of 2019, Visa Philippines acknowledged the Bank’s Merchant Acquiring business for Highest Percentage of Contactless Transactions. 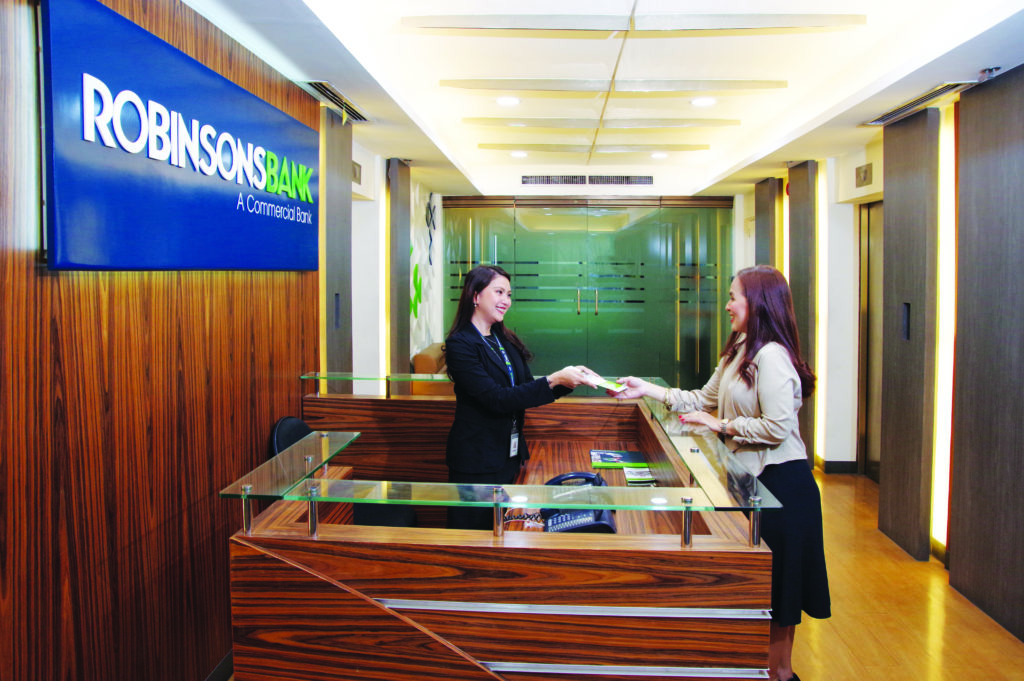 In 2014, the Bank had only 92 branches and 171 automated teller machines (ATMs) supported by 913 manpower. Today, there are 151 new branches and 322 ATMs all over the country, providing products and services to more than 500,000 clients. 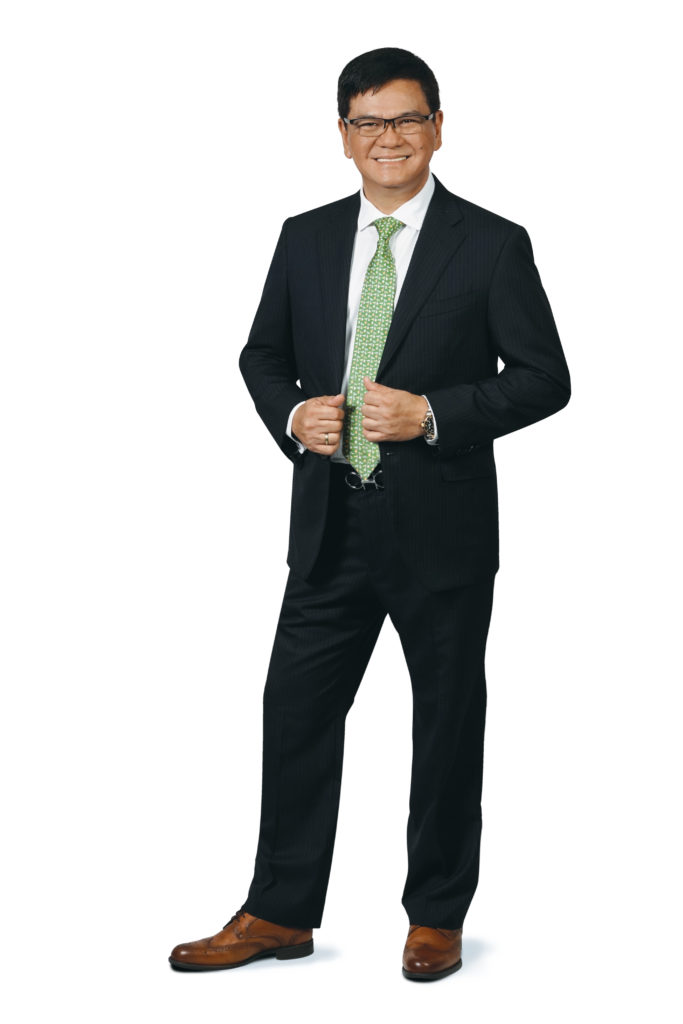 Over the last five years, major initiatives have been implemented by RBank. Key to increasing the Bank’s core income has been the introduction of new products and services to the market. The Bank launched cash-management services, issued debit cards, and initiated credit-card business through its UNO and DOS brands. It recently launched a co-branded product with Robinsons Retail Holdings, Inc., the Robinsons Cashback Credit Card; merchant acquiring, with Cebu Pacific as a major customer; personal online banking and mobile app; bancassurance; and deposit products Simplé Savings and IponSurance.

The Bank is also one of the early adopters of BSP’s National Retail Payment System policy.  This framework promotes efficient payments and settlements system through PESONet and InstaPay.  RBank’s Direct2Bank PESONet and InstaPay services allow clients to transfer funds electronically from a Robinsons Bank Peso account to an account in another participating BSP-supervised financial institution.

At present, the Bank is working on the implementation of its corporate credit card.

The Bank’s forward focus is on streamlining its currently offered products and services in order to enhance the client experience. It is transforming the way it does business by enabling digital platforms and initiatives. The Bank is embarking on a journey towards improved brand and identity—of becoming a customer-centric organization.

These products and services complement the Bank’s core businesses. Expansion in the loans business has been sustained by growth in lending activities. The surge in the total loan portfolio has been driven by the strong boost in consumer lending, which has been growing beyond 30 percent. Home loans have driven consumer-loan growth, with bookings expanding more than 30 percent. Defined strategies on channels, expansion and sales programs were the drivers of this growth. Presence in regional areas has been strengthened and stronger relationships built.

The Bank’s sound credit-underwriting standards and stringent collection processes have been the key drivers for better turnaround times and a nonperforming loan (NPL) ratio that is lower than the industry average. The Bank also has coverage ratio above 100 percent enough to cover prospective loan losses. The expansion in the Bank’s assets has been supported by the 24 percent growth in deposit levels.  This significant improvement was due to wider footprint, enhanced channels, successful programs, and the introduction of new products and services.

Customer-centricity: A pillar built upon

Putting its customers at the front and center of the way Robinsons Bank does business is its market differentiation. All of the major initiatives that have been implemented revolve around this central focus. The Bank wants to deliver convenience and top-notch banking experience to its present and future clients.

JGSHI’s president and chief executive officer and RBank’s chairman, Lance Gokongwei, has identified customer-centricity as one of the pillars upon which the Bank’s identity should be built. Supported by technology, it will now be easier to see every business initiative through the customers’ perspectives.

To further enhance a culture of customer-centricity across the Bank, a program Customer Experience Fortified (CX Fortified) has been launched to deepen every RBankers’ understanding and commitment to provide the best experience to customers.  This initiative was championed by the Bank’s leaders.   Just recently, the Bank unveiled the hybrid-branch concept, which incorporates traditional banking with digital platforms and features to simplify customer journeys.

Moving forward, more initiatives will be implemented focused on achieving a customer-centric organization.

RBank in the Age of Disruption

In response to the fast-paced digital developments in banking, RBank refocused its strategies in order to withstand disruptions by advancing traditional products and services towards enhanced client interactions. Likewise, systems were improved and designed to manage seamless process flows and to increase efficiency. These actions are aligned with the JGSHI conglomerate’s aim to be the leading digital conglomerate in the country.

These digital initiatives are coupled with an intensification of the Bank’s cyber-security measures. Threats of both cyber-crime and disruption are given attention to safeguard not only the Bank but, more specifically, its customers.

Honored by the trust and confidence of the investing public

Robinsons Bank issued bonds in two tranches in 2019. The Bank was overwhelmed by the four-times oversubscription of the book build in its maiden issuance in August. On the second tranche of the issuance, the bond was 4.3 times oversubscribed. This milestone is a testament to the fact that Robinsons Banks has gained traction in the market following the Bank’s first attempt to tap the debt capital market by issuing long-term negotiable certificates of deposit (LTNCDs) in 2017. To date, the Bank has a total of Php16.0 billion issuances.

The initial tranche of the bond issuance was rated “PRS Aa minus (bond)” with a Stable outlook, a notch below the highest rating of “PRS Aa”. The Philippine Rating Services Corporation (PhilRatings) cited that the Bank’s capacity to meet its financial commitment on the obligation is very strong. With the second bond issuance, PhilRatings again assigned an issuer credit rating of “PRS Aa minus (corp.)” to Robinsons Bank, a rating just one notch below the highest rating. PhilRatings again assigned the Bank a Stable outlook. The Stable outlook means that the rating is likely to be maintained or remain unchanged over the next 12 months.

The Bank looks with enthusiasm to its future undertakings as it caps Roadmap 2020. In 2019, President Elfren Antonio S. Sarte and the senior management crafted the Bank’s initiatives for the next five years, encapsulated in RBank’s Roadmap 2024.  With the support of its almost 2,000 strong employees, the guidance of the Bank’s board of directors and the commitment of the management team to Robinsons Bank, the future is bright.