Top Posts
Challenges Remain, But There Are Opportunities to Be Had in...
Interview with Mr. Olukayode Pitan, Chief Executive Officer and Managing...
Commodities Outlook for 2023
The Value of Cash in a Time of Crisis: How...
The US-Africa Leaders Summit: Fostering a Closer Relationship with the...
Three Key Sectors in Which to Invest in 2023
Home AWARDS The International Banker 2022 Western & Eastern European Awards Winners
AWARDSBanking 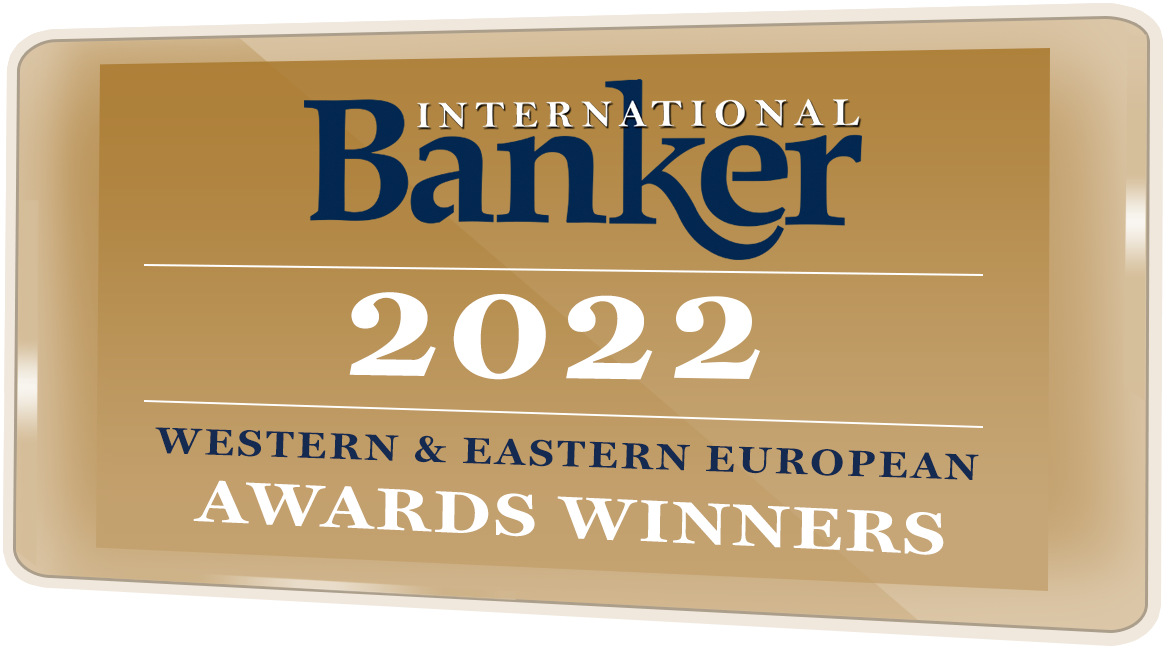 It has been a chaotic few weeks for the United Kingdom’s banking system, particularly after now-former Chancellor Kwasi Kwarteng’s mini-budget in late September saw a highly surprising slew of tax cuts announced. This prompted the Bank of England (BoE) to intervene in the UK bond market to calm the dramatic surge in yields and collapse in prices. The central bank purchased £65 billion of long-dated gilts (UK Government bonds) shortly after the budget was announced to stabilise bond prices. It also held private meetings with senior officials from UK banks, including Barclays, Lloyds Bank and NatWest (National Westminster Bank), as well as the UK chief executives of JPMorgan Chase, Morgan Stanley, Goldman Sachs and Deutsche Bank, to ensure their exposures to vulnerable pension funds were not triggering hefty margin calls. Markets were eventually calmed by October 10, when the BoE confirmed it would expand its support for pension funds, boost its bond-buying capacity and widen the range of assets available as collateral for lending.

Despite the monetary-tightening environment prevailing in Europe this year, Fitch Ratings noted that German savings and cooperative banks have yet to gain from rising rates. Such lenders have typically outperformed large German banks in the past 10 years, according to the ratings agency, mainly because their profitability has been free of restructuring expenses while their portfolios have not required sizeable provisions for credit losses (PCLs). Their strong retail franchises have also allowed them to capture most of Germany’s strong mortgage-lending growth, Fitch added, which was mainly driven by record-low interest rates.

Spanish banks are willing to extend the loan repayments of vulnerable borrowers for up to five years in cases of households that suffer increases of at least 30 percent in variable mortgage costs, according to the draft of a proposal seen by Reuters on October 20. The news service cited three sources who disclosed that the plan forms part of a set of measures designed to support families struggling with loan repayments in the face of rising interest rates and surging living costs. “Households earning not more than 24,300 euros a year would be eligible to extend the lifespan of mortgage repayments,” one of the sources explained.

The National Bank of Ukraine (NBU) published its “Bank Lending Survey” and “Bank Funding Survey” for the fourth quarter in late October. According to the lending survey, the fallout from Ukraine’s war with Russia was increasingly slowing the development of lending, with banks expecting a limited recovery in corporate-loan demand and a further decline in retail-loan demand. “For three quarters running, respondents pointed out that lending standards were tightening for all clients. This was a result of a deterioration in overall business activity and negative expectations for exchange rates and inflation,” the survey noted. “The loan approval rate dropped for retail and corporate clients. The banks highlighted a significant strengthening of all types of risk, except liquidity risk. Financial institutions expected that all types of risk would continue to increase in the next quarter.”

With the National Bank of Hungary (NBH) having ended its cycle of rate hikes in September at a peak of 13 percent, it confirmed in early October that it would deploy several key tools to tighten liquidity conditions. To begin with, it accepted 2.093 trillion forints ($4.90 billion) worth of bids from banks at its first floating-rate two-month deposit tender during the first week of October in its attempts to drain forint liquidity and tighten monetary conditions. “With today’s deposit tender, the NBH starts a marked tightening in liquidity and thus continues monetary tightening,” the bank stated, adding that this drive could drain liquidity faster than previously expected.

In early October, Minister of Finance Zbyněk Stanjura explained that the Ministry of Finance of the Czech Republichad proposed introducing a massive 60-percent tax on excess profits for 2023-25 for both large banks and the energy sector to raise funds amid Europe’s energy crisis. In doing so, it follows similar moves made by Hungary and Spain in taxing their own banking sectors this year. Stanjura added that projections estimated revenues of 33 billion crowns (around $1.3 billion) and 50 billion crowns next year from each sector, respectively. The overall revenue should then drop to 39 billion crowns in 2024 and 25 billion crowns in 2025. In terms of the definition of a large bank, the minister disclosed it would affect only those lenders with earnings above six billion crowns, including Erste Group Bank AG’s unit Česká spořitelna, KBC Group NV’s unit Československá obchodní banka (ČSOB), Société Générale SA’s unit Komerční banka, UniCredit Bank Czech Republic and Slovakia, Raiffeisenbank a.s. and MONETA Money Bank. But analysts have since told S&P Global Market Intelligence that such lenders will end up paying much less than the 33-billion-crown target. “I don’t understand how government officials arrived at that number,” said Tomáš Pfeiler, an analyst at Czech Republic-based securities broker CYRRUS. “It cannot be ruled out that the parameters will change.” Pfeiler added that smaller Czech banks, which regularly invest clients’ funds with the central bank and into government bonds, are more likely to have “windfall profits” than the targeted large market players that generally provide more loans.

Best Commercial Bank Of The Year Ireland
Bank of Ireland

Best Commercial Bank Of The Year Georgia
Bank of Georgia

Interview with Ms. Jelena Galić, Chairperson of the Board of Directors, AIK Banka