Top Posts
Interview with Mr. Olukayode Pitan, Chief Executive Officer and Managing...
Commodities Outlook for 2023
The Value of Cash in a Time of Crisis: How...
The US-Africa Leaders Summit: Fostering a Closer Relationship with the...
Three Key Sectors in Which to Invest in 2023
Three Key Stocks in Which to Invest in 2023
Home AWARDS The International Banker Asia & Australasia Banking Awards 2015
AWARDSBanking 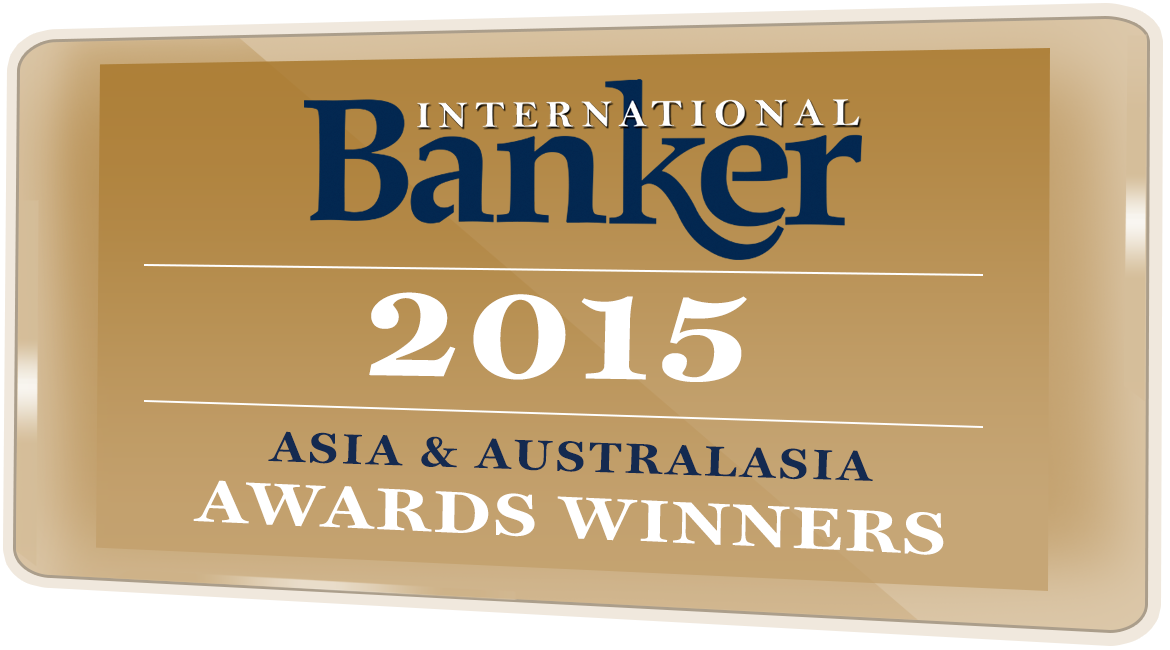 Since the Global Financial Crisis, Asian banks have strengthened their position beyond expectation. Initially, fears began to mount that European banks would scale back operations in the region which would subsequently lead to a scarcity in trade finance – a problem that would be compounded by Asia’s rapidly growing investment infrastructure needs. Despite the considerable deleveraging that occurred in the aftermath of the crisis, Asian banks managed to sufficiently plug the gap by expanding their own financing operations. Between 2008 and 2013, for example, the trade financing volumes of Chinese and Hong Kong banks more than doubled, while those of Indian banks rose by more than 50%.

Asia remains on course to be the fastest growing region in the world, with the Asian Development Bank predicting that by 2030, the combined GDP of China, India and the 10 nations of the ASEAN region could exceed that of Europe and the US. The ongoing emergence of a burgeoning middle class has been among the key determinants of Asia’s economic growth, and is contributing profoundly to the thriving banking sector. Ravi Menon, Managing Director of the Monetary Authority of Singapore, asserted in May that as incomes rise in the region, the demand for financial services such as credit, wealth management and insurance, will increase more than proportionately due to their traditionally high degrees of income elasticity.

In the ASEAN region, the middle class is expected to comprise about two-thirds of the population by 2030; indeed, some of the most promising banking markets are in Southeast Asia. While growth has been slowing in China, ASEAN countries such as the Philippines, Vietnam and Cambodia have experienced impressive expansion over the decade, thanks to continued integration across the ASEAN region, as well as country-specific policies aimed at encouraging foreign direct investment (FDI). In the Philippines, for example, first quarter profits surged by 10.7% among the country’s universal and commercial banks, which together constitute around 90% of the banking industry’s total assets. This growth can be partially attributed to government policies which have liberated the sector, removing many restrictions on foreign bank ownership in preparation for further economic integration in 2016.

Of all the recent growth sectors in Asian banking, private banking is delivering some of the most startling expansion, again a symptom of the rapidly expanding middle class. Estimates suggest that the number of high-net worth individuals – those with more than $1 million in investable assets – is growing at a faster rate in Asia than in any other region in the world, leading to notable structural shifts in the region’s private banking industry as many lenders look to expand their wealth management operations. DBS, the biggest bank in the ASEAN region, is a prime example of this shift. The Singapore-based giant is currently the fastest growing private bank in Asia, with DBS Private Bank’s assets having sprouted from $30bn in 2010 to $70bn by the end of 2014, a year in which it also snapped up Societe Generale’s Asian private banking operation. The group hopes to push its private banking assets up by 40% in less than three years, citing the growth of millionaires in China and its home market as being the principle reason.

Among the newest global trends is digital banking, and Asia is on the forefront of its development. Recent studies put the number of digital banking customers in Asia at just under 700 million, with this figure expected to skyrocket to around 1.7bn in the next five years, almost a billion of which will come from China. UOB is expected to imminently relaunch its digital banking platforms in the region to maintain competition with Asian lenders DBS and OCBC, both of whom recently upgraded their own digital capabilities; while in March, Credit Suisse launched a new digital platform in Singapore to cater to its younger Asian clientele.

Recruiters have been experiencing relentless demand this year in Singapore and Hong Kong for digital banking skills. Given that Asia is home to approximately half of the world’s internet, mobile and social media users, and that Asia now accounts for nearly half of the world’s online shoppers, a digital banking revolution has not been unexpected. However, there is now a concerted effort to look beyond simple banking apps. DBS, for example, has partnered with IBM to allow its relationship managers to use advanced computer systems to process high volumes of complex data, such as research and customer activity.

Banking systems in Asia’s emerging economies have been reporting a Return on Equity of 15% on average this year, well above regulatory requirements and indicative of healthy performance in the region. However, specific challenges need to be addressed, the main one being the deepening of capital markets outside of Asia’s traditional financial centres. The development of bond markets in particular will encourage a shift towards longer-term financing in the region. While there are well developed markets in Singapore, Malaysia and Korea, and markets are experiencing much progress in India, China and Thailand, there are still a large number of banking systems, particularly in central Asia, that require wholesale transformation. Financial inclusion also needs to be addressed, given that less than 5% of many nations’ populations have bank accounts, including Cambodia, Myanmar, Tajikistan and Turkmenistan, and only 15% of all Asian SMEs have credit lines established with banks, significantly under the 28% in Eastern Europe and 24% in Latin America. The Asian banking system will need to address these issues more pressingly as FDI continues to pour into the region; despite good progress, the current state of bond market development and geographical expansion continues to leave room for further growth.

Among the world’s major regions, Australasia has witnessed some of the healthiest banking industry growth rates since 2010, chiefly underpinned by the housing market booms in Australia and New Zealand. In 2014, Australia’s ‘Big Four’ banks – ANZ, Westpac, Commonwealth Bank of Australia and National Australia Bank – continued to prosper from a buoyant housing market that has seen house prices in Sydney increase by 40% over the last three years, and has caused the value of mortgages at Australia’s biggest lenders to more than double since 2008. As a result, the Big Four posted combined profits of AUD$28.6bn for the year, while net income grew substantially for three of the four banks and non-performing loans remained low.

However, 2014 was also the year that the region, and Australian banks in particular, began to experience a marked slowdown. Earnings reports for the first quarter of 2015 have strongly implied that the period of double-digit returns has come to an end for Australia’s banks. Mortgage lending has still performed well, with property loans over the previous six months having grown by just under 10% against the same period in the previous year. Nonetheless, loan growth has slowed, in line with cooling commodities markets and Chinese demand; net interest margins have declined almost uniformly across the sector, and the regulatory burden on lenders has increased throughout the year.

Indeed, it now appears as though increasingly stringent regulations will be pivotal in reigning in banking profitability going forward, especially in relation to banks’ heavy exposure to the property market. Last December saw the government call for Australian banks to be ‘unquestionably strong’ with their capital reserves in order to propel them into the top 25% of lenders globally. The Australian Prudential Regulation Authority (APRA) has estimated that banks’ capital strength, as measured by core tier one equity capital ratio, is 11.7% globally on average, meaning that Australian banks would have to increase their ratios by around 200 basis points from current levels in order to get into that upper quartile. More recently, APRA in mid-July gave the country’s banks exactly one year to raise around $9bn as part of recently implemented rules requiring them to increase cash reserves from 16% of their mortgage books to 25%. The new measures are almost certain to limit profits and add upwards pressure on mortgage rates, thus in turn putting the brakes on housing market growth.

Meanwhile, in Australasia’s other major banking market, New Zealand, the Big Five banks – Westpac, ASB Bank, ANZ New Zealand, BNZ and Kiwibank – enjoyed a formidable 16.5% Return On Equity in 2014, a full 1% more than Australia’s Big Four. At 12%, their total capital ratios stayed well above regulatory requirements, while corporate and residential lending remained strong, buoyed by a sizeable boom in Auckland’s housing market which has now seen prices skyrocket by 60% since 2008.

Unlike Australia, however, the strong banking sector performance in New Zealand has continued into 2015, albeit at a more modest rate. An increase in net profit after tax was recorded for the quarter to March, from the December quarter, to post a total sector figure of NZD$1.249bn. Again, Auckland’s housing market is among the principle contributory factors for the continued growth, with mortgage lending growth for the Big 5 estimated to be 1.72% higher than the previous quarter – a growth rate that’s higher than during any quarter of 2014. However, a decrease in net interest income of $40 million to $5.3bn over the quarter has indicated the increasingly competitive lending environment in New Zealand. Through offering lower rates of interest, lenders are competing more intensely to attract new customers while keeping their existing ones happy, and as a result, lending margins have been somewhat compromised. Furthermore, it is expected that the Reserve Bank of New Zealand will cut rates more than once before the end of the year which will put net interest income under further pressure.

In a move deemed as similar to those recently of Australian regulators, New Zealand’s Reserve Bank will introduce new regulations on October 1st forcing residential property investors in Auckland to have a deposit of at least 30% of the investment property’s value. Perceived as a measure to reduce risks to the banking system arising from potential future Auckland house price corrections, the rules are expected to lower housing demand and slow prices. Mortgage lending is likely to be adversely affected as a result, meaning that for Australasia’s main two banking industries, a regulation-induced dampening of their respective housing markets is expected to reduce bank profitability in the coming months.

The Land Bank of the Philippines

Commercial Bank Of The Year China
Bank of China

Private Bank of The Year Singapore
Bank of Singapore

Innovation In Retail Banking Philippines
The Land Bank of the Philippines

Experiencing the History, Luxury and Perfection That Is Europe