Top Posts
Challenges Remain, But There Are Opportunities to Be Had in...
Interview with Mr. Olukayode Pitan, Chief Executive Officer and Managing...
Commodities Outlook for 2023
The Value of Cash in a Time of Crisis: How...
The US-Africa Leaders Summit: Fostering a Closer Relationship with the...
Three Key Sectors in Which to Invest in 2023
Home Banking The Multiple-Point-of-Entry Resolution Strategy for Global Banks
BankingCompanies 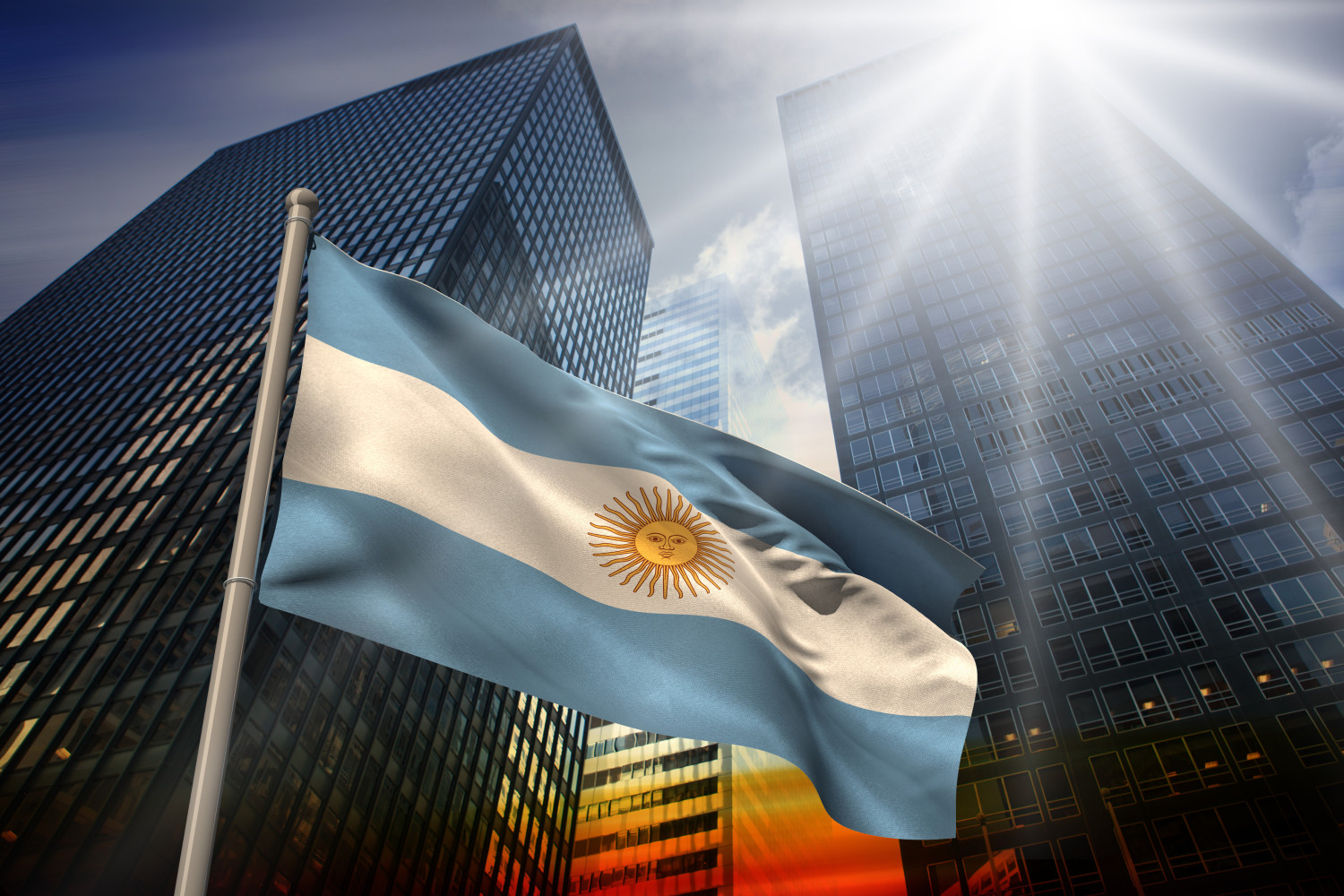 In the aftermath of the global financial crisis, it became clear that banking resolution was one of the key aspects of the necessary reform of financial regulation, with the objective of reducing the cost of banking crises and avoiding the use of taxpayers’ money. In the case of global banks, the cross-border dimension added a new layer of complexity to these debates. In developing what was later known as the “key attributes” of banking resolution (from the “Key Attributes of Effective Resolution Regimes for Financial Institutions” 2014 update of the 2011 original document), the Financial Stability Board (FSB) identified two stylised strategies, a Single Point of Entry (SPE) and a Multiple Point of Entry (MPE). This article addresses the rationale of the MPE as a natural resolution strategy for global retail banks with a decentralised business model.

To understand the decentralised model, we have to take a step back in time. During the 1990s and early 2000s, the privatisations in the wake of a series of emerging-market crises, which implied the failure of a number of domestic banks, created opportunities for banks from developed countries to enter these markets. Examples of this trend include Spanish banks moving into Latin America, following their industrial clients and also benefiting from historical, cultural and linguistic links. For Spanish banks, this was also an opportunity to diversify risks away from the new European Economic and Monetary Union, offsetting the loss of diversification as a result of the adoption of the euro in what had previously been an area with different exchange-rate risks.

In Latin America, the Spanish banks adopted a decentralised business model, with legally independent subsidiaries, a focus on retail business, funded with local currency-denominated deposits and protected by the local deposit-guarantee scheme. Capital and liquidity were located and managed directly in the host countries, and thus subject to local regulation and supervision. Local management enjoyed a high degree of decision-making autonomy and was fully accountable. Under this scheme, the parent provides group strategy guidelines and supervises their implementation, making sure that there are no cross-subsidies. Intragroup support is an option in exceptional circumstances, always temporary and at market prices, but with no systematic positions between the parent bank and the subsidiaries.

This strategy was a natural outcome aligned with the preferences of the banks as well as of the home and host authorities: the hosts because they always saw these banks as local and wanted to retain this feature while strengthening their management and risk control; the home authorities because they wanted to limit exposure to what was then seen as a high-risk region; and the banks because their comparative advantage was in retail banking, and retail is eminently local.

This decentralised business model has proved extremely resilient during the recent financial crisis, limiting contagion and contributing to global financial stability. With a broader perspective, this resilience has worked well in both host and home crises. 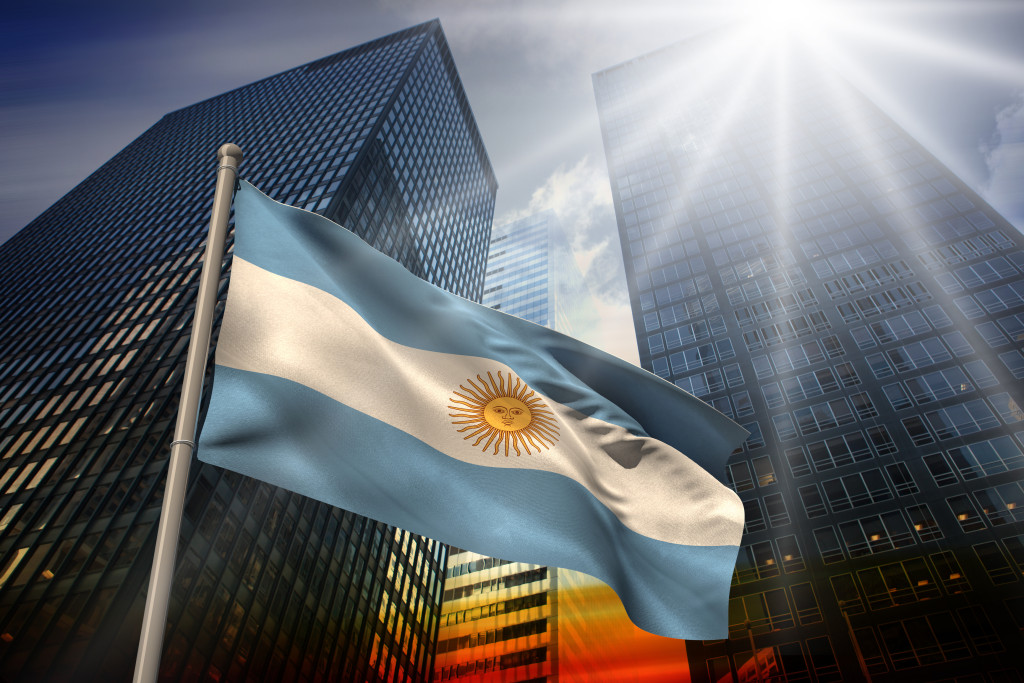 As an example of a host crisis, in Argentina the whole banking system failed in 2001 as a result of the abandonment of the fixed exchange-rate regime. Some foreign banks left the country, but the Spanish banks decided to stay, consistent with the long-term orientation of their strategy. In any case, having the option to leave proved to be a source of strength during the turbulent period that followed the break of convertibility. There was almost no contagion to the parent bank or to other subsidiaries in the region, given the very limited intragroup exposure, apart from capital.

From a home-crisis standpoint, the recent Eurozone sovereign-debt crisis has also underlined the strengths of the decentralised model in terms of limiting contagion. Although the solvency problems in Spain were confined to savings banks, the liquidity restrictions affected all peripheral banks in a context of fragmented Eurozone financial markets. There was almost no contagion of these liquidity problems to Spanish banks’ subsidiaries in Latin America, in sharp contrast to the impact of the euro crisis in Central and Eastern European branches and subsidiaries of other European banks with a centralised model, despite the fact that their home markets suffered less contagion from the sovereign crisis than Spain. There is ample literature acknowledging this contribution to global financial stability of the decentralised business model of Spanish banks in Latin America, both in the boom (where they did not inflate asset prices) and in the bust. (See, for instance, H. Kamil and K. Rai’s “The Global Credit Crunch and Foreign Banks’ Lending to Emerging Markets: Why Did Latin America Fare Better?”, 2010, IMF Working Paper No.10/102.)

To be sure, the decentralised model also has costs, in particular more expensive and less efficient capital and liquidity management. In my view, however, its virtues outweigh its costs in the case of predominantly retail banks. First, it creates incentives for the self-sufficiency and sustainability of local subsidiaries. Second, it strengthens risk-management ownership and responsibility in each legal entity. Third, it is more resilient, providing natural firewalls in financial crises. Fourth, it fosters the development of local capital markets, where local subsidiaries of global banks are often pioneers in developing new products and opening new markets. And finally, its resolution strategy is simple and straightforward, especially in the current ring-fenced world.

The two polar resolution approaches for resolving global banks outlined by the FSB (the Single Point of Entry, or SPE, and Multiple Point of Entry, or MPE) broadly correspond to very different business models. The SPE is more consistent with wholesale banking under the legal structure of branches, centralised capital and liquidity management, and significant intragroup positions. The MPE fits better with retail banking, funded with local deposits, under the legal structure of subsidiaries, decentralised capital and liquidity management, and very limited intragroup positions. The optimal design of the resolution strategy should take into account the firm’s particular characteristics. The way cross-border banks plan to die should be consistent with the way they lived.

Under the MPE resolution strategy, each resolution authority would apply the resolution tools in its local jurisdiction (including, of course, the home authority), following the local resolution regime. Parent support would be voluntary and normally conditional upon the home-authority approval (although, as shown by the Argentinean case mentioned above, the parent bank would in most cases provide support). Each subsidiary should have the capacity to absorb losses (the so-called Total Loss-Absorption Capacity, TLAC, the brand-new acronym in the world of financial regulation), and requirements at the consolidated level should merely be the sum of all the individual requirements. (For a more complete explanation of the MPE model, see Fernández de Lis, Pardo Labrador and Santillana’s “Compendium on Resolution Strategies: A Multiple-Point-of-Entry View”, BBVA Research, 2014.)

In the MPE model, the resolution process would always be led by the local authorities, which would have all resolution powers to activate it independently for the subsidiaries under their jurisdiction when the local subsidiary has failed or is likely to fail, and assuming that there is no support from the parent bank. Coordination between host and home authorities is important but not as critical as under a centralised approach, where the host authority has to rely on the home authority for resolution purposes.

Each legal entity that may be subject to a separate resolution action should have its own TLAC placed to third parties (external TLAC in the FSB terminology). This does not exclude the possibility that the parent institution may assume part of this TLAC, normally in the form of CET1 and Additional Tier 1 instruments, based on their going-concern nature. The TLAC requirement at each resolution subsidiary or sub-group should be based on the resolution regime established by the host authorities for banks with similar characteristics, which should be treated similarly in order to preserve the level playing field.

Shared services—IT and back-office processes—should be organised on a stand-alone basis, facilitating their continuity in case of resolution of any part of the group. This should permit the group to maintain critical services when other parts of the group enter into resolution. This separated operational subsidiary could be organised under a centralised or decentralised scheme, the important aspect being its independence from the bank subsidiaries.

From the point of view of a bank such as BBVA (Banco Bilbao Vizcaya Argentaria), headquartered in the EU but with subsidiaries mainly in third-country emerging economies, it is important to stress that the decentralised scheme and the MPE resolution model are perfectly compatible with the support of, and commitment to, European integration in general and banking union in particular. In fact a hybrid scheme (with a SPE in the Eurozone and a MPE vis-à-vis third countries) is perfectly feasible. Having a single supervisor, as well as a single resolution regime, resolution authority and resolution fund implies that, at the limit, the Eurozone will become a single jurisdiction: our home jurisdiction.