Top Posts
Challenges Remain, But There Are Opportunities to Be Had in...
Interview with Mr. Olukayode Pitan, Chief Executive Officer and Managing...
Commodities Outlook for 2023
The Value of Cash in a Time of Crisis: How...
The US-Africa Leaders Summit: Fostering a Closer Relationship with the...
Three Key Sectors in Which to Invest in 2023
Home Banking The Outlook for Central Bank Digital Currencies
Banking 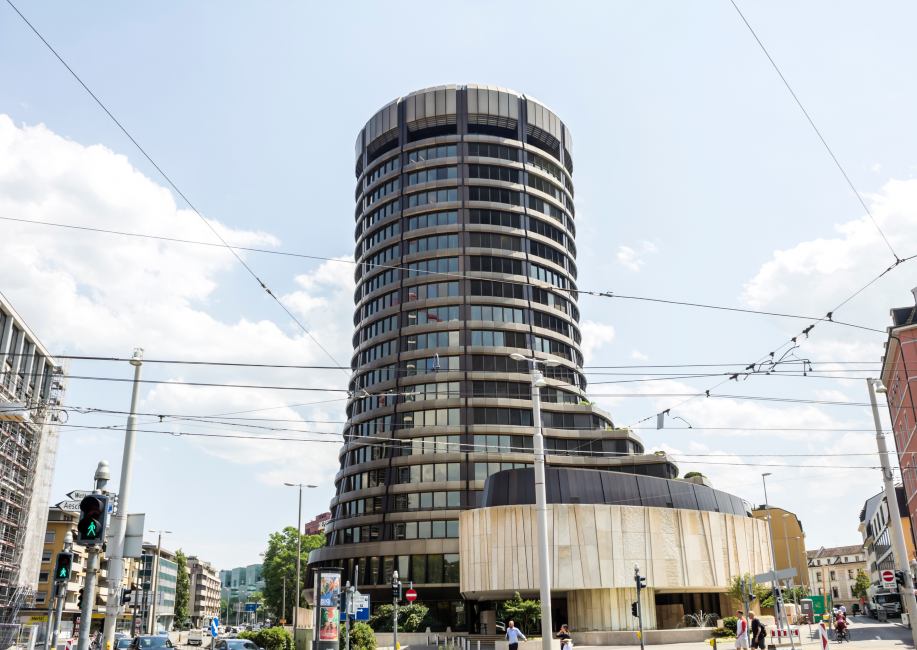 As economies continue to move towards digitalisation on many fronts, central banks across the world have been weighing the possibilities of introducing digital currencies. And with the popularisation of bitcoin and other cryptocurrencies, their interest in developing central bank digital currencies (CBDCs) only seems to be growing more quickly in 2021.

The last year or so has witnessed a clear uptick in digital-currency activity from central banks worldwide, whether that be research, exploration, testing, proofs of concept or indeed, in the case of a small few, a complete rollout of just such a currency. In October 2020, the small archipelago nation of The Bahamas became the world’s first to officially launch a CBDC: the sand dollar. A digital replication of the country’s existing physical dollar in circulation, the sand dollar is designed to bring more “inclusive access to regulated payments and other financial services”, according to the central bank. Since then, it has garnered much interest, with Mastercard recently collaborating with the Central Bank of The Bahamas to give people the option to “instantly convert the digital currency to traditional Bahamian dollars and pay for goods and services anywhere Mastercard is accepted on the Islands and around the world.”

But while the sand dollar is undoubtedly a distinct mark of pride for The Bahamas, what about the progress being made in some of the world’s bigger economies? According to a survey of 65 central banks conducted by the Bank for International Settlements (BIS), 86 percent are engaging in some form of work on CBDCs, with nearly 15 percent moving towards research for pilot projects. Indeed, central banks are now exploring whether CBDCs could help them to achieve their public-good objectives, the BIS noted, including safeguarding public trust in money, maintaining price stability and ensuring safe and resilient payment systems and infrastructure. They will typically be a digital version of the physical currency normally issued by central banks, with the BIS also noting that they will either take the form of a “retail CBDC” used by individuals to pay businesses, shops or each other or a “wholesale CBDC” transferred between financial institutions to settle trades in financial markets.

According to the deputy governor of the Bank of Italy, Piero Cipollone, much of this increased focus on CBDCs is motivated by the world’s gradual transition towards a cashless environment, and that, in turn, could undermine one of the basic functions of the central bank. Speaking to CNBC, Cipollone said, “In an environment where cash is used less and less by both the customer and the merchant because the whole ecosystem is shifting towards (being) digitalized…you want to replace the functionality of cash with something that is digital but is as conceptually as close as possible to cash.”

Leading the way in CBDC development among the world’s major economies is China, which has been working on a digital currency since 2014 and aims to replace some of the paper yuan currently in circulation. Indeed, the Asian economic superpower already has a very advanced cashless ecosystem in place throughout the country, which will only be further bolstered by the advent of a digital yuan. “The use of cash is decreasing. Eventually, cash will be replaced by something in digital format. That is one of the big drivers behind this,” Yan Xiao, project lead for digital trade at the World Economic Forum (WEF), recently told CNBC.

To that end, China has been testing pilot digital-currency trading platforms worldwide whilst also establishing a legal framework with global regulatory bodies to advance the development of its CBDC. To assist with the testing, it has already handed out millions of dollars’ worth of digital yuan for users to trial throughout major cities such as Shenzhen, Chengdu and Suzhou. And to examine the use of CBDCs in cross-border payments, the People’s Bank of China (PBoC) has reportedly been involved in research in an ongoing Hong Kong-based initiative called Project Inthanon-LionRock, which involves the Bank of Thailand (BoT) and Hong Kong Monetary Authority (HKMA). Reports also suggest that the likely distribution of a digital yuan would be via commercial banks as part of a two-tiered system. As such, the central bank would first distribute the CBDC to the banks, which, in turn, would be responsible for distribution to consumers. This would enable citizens to use the banks to exchange their physical notes and coins for digital yuan.

Japan is also shifting gears in its quest to roll out its CBDC. According to a March 16 report by Reuters, the governor of Japan’s central bank, Haruhiko Kuroda, has suggested that plans to roll out a CBDC remain on course, and experiments will begin this spring. But while such testing looks likely to go ahead, the final launch of a digital currency is unlikely to happen this year. According to Kuroda, in order to ensure the continued stability and efficiency of the entire payment and settlement systems, “it’s important to prepare thoroughly to respond to changes in circumstances in an appropriate manner”.

But is the CBDC a likely solution for the most systemically important central bank of all: the U.S. Federal Reserve (the Fed)? At this stage, it would seem the Fed has decidedly mixed feelings about pursuing the digital option. Whilst it has not ruled anything out yet, it recently acknowledged that issuing a CBDC in the United States would not be an easy endeavour and has identified a handful of necessary foundational preconditions that would have to be in place before proceeding. These include:

“These preconditions, and the work it takes to achieve them, are interconnected such that efforts in one area may lead to developments in another,” the Fed stated in a paper published on February 24. “These developments could strengthen or weaken the forces for change towards a general-purpose CBDC issuance. Each of the preconditions on its own will take significant time to achieve, and these preconditions represent only a starting point.”

Among the most pertinent questions is what the presence of CBDCs in circulation will mean for the survival of bitcoin and the cryptocurrency space as a whole. But it would seem that co-existence rather than replacement is the likeliest outcome. With their issuance remaining firmly in the hands of their respective central banks, CBDCs fail to solve what is arguably the biggest problem facing existing currencies: centralised control. At the very least, having one’s money being influenced by a centralised authority is an issue that bitcoin et al. solve through their operations on decentralised architectures such as blockchain. This effectively means that no outside entity controls the money.

What’s more, a user’s spending activity and financial situation will be visible and trackable when using CBDCs. Unlike cryptocurrencies, it’s highly unlikely that digital currencies issued by monetary authorities will afford their users the luxury of anonymity in terms of the cash balances they hold, the goods and services on which they are spending their money, and the identities of those to and from whom they are sending and receiving currency. This anonymity is valued extremely highly by the cryptocurrency community. And with only a finite, specified maximum number of coins being mined or minted throughout their existence, many perceive cryptocurrencies as offering considerable utility as stores of value, not entirely dissimilar to that offered by gold, which should, in turn, maintain significant user interest in the space in the long run.

Nonetheless, those who are willing to put up with central bank involvement in the operation of digital currencies will still experience considerable benefit from opting to use CBDCs. Should widespread adoption of such currencies transpire over the next few years, users will enjoy some clear advantages. For one, the often hefty charges currently imposed by payments institutions such as banks and PayPal will almost certainly disintegrate, as sending a CBDC between parties is likely to be either free or cost a negligible transaction fee.

And then, of course, there are the benefits of convenience that arise from not having to carry physical currency on one’s person, including removing the need to carry notes and coins at all times, eliminating the risks of wallets being stolen and the savings associated with not having to visit a bank branch or ATM (automated teller machine) to withdraw cash. CBDCs will also almost certainly be accessible through mobile apps and digital wallets, while all payments, deposits and withdrawals will be executable via smart devices.

Beyond Silicon Valley: A Look at Some of the World’s Key Tech Hubs