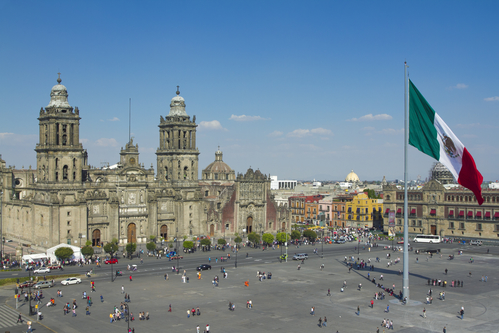 The banking system in Mexico is currently in the process of substantial structural transformation. By the end of 2013, Mexico’s private-sector financing was a mere 26 percent of GDP, with private-sector credit at around 45 percent of bank assets—well below the levels of neighbours Argentina, Brazil, Chile, Peru and Uruguay.

In November 2013, therefore, the Mexican Senate approved a bill aimed at encouraging more lending within the country’s banking system, which at the time was not considered willing to provide loans as readily as its Latin American counterparts, despite the presence of high capital levels. Although specific lending thresholds have not been implemented, the country’s banking regulators now have the authority to punish those banks that fail to assign enough funds towards credit provision. Securities trading on the bank’s own account will be curtailed, for example, should it fail to provide an adequate amount of lending.

Although private-sector lending recorded mixed results last year, the banking sector in 2015 is showing more signs of a positive response to the legislation. By April, data from Banco Bilbao Vizcaya Argentaria (BBVA) showed that the balance of performing loans from commercial banks to the private sector increased annually by 10.9 percent, outstripping the annual increase of 8.5 percent recorded in April 2014 and more than the March 2015 figure of 10.1 percent. Lending in the service, construction and mining sectors all posted excellent growth rates, of 10.1 percent, 10.8 percent and 65.3 percent respectively, while housing credit in April recorded its highest annual growth since May 2013, increasing by 10.3 percent from the same month last year.

A significant proportion of the banking industry’s biggest players in Mexico is now under foreign ownership; Banamex is now a unit of Citigroup Inc, Bancomer is under the ownership of Spain’s BBVA, SERFIN is part of Santander, Inverlat is now owned by Canada’s Scotiabank, and Bital operates under HSBC’s domain. Of the 45 banks currently operating in the private sector, the two biggest institutions—Banamex and Bancomer—hold 38 percent of the industry’s total assets; while the top five hold a sizeable 72 percent. Comparatively, 1,745 banks with more than $300 million in assets operate in the US, with the four biggest holding only 42 percent of the total.

This comparative lack of competition in Mexico’s banking sector induced the country’s Antitrust Commission to conduct a comprehensive review of the sector during the first half of 2014, long overdue as the industry has remained virtually untouched by regulators for years. The final report drew up 36 recommendations for boosting banking competition, while the commission has been given more powers by the government since then to investigate potential barriers to competition within the industry.

Mexico is also facing a US regulatory crackdown on the banking system’s poor record of money laundering. Prior to 2008’s global financial crisis, Mexico’s banks were awash with US dollars that had been brought in via tourism and revenue from businesses located along the Mexico-US border. However, an additional $10 billion was moved illegally through the high concentration of drug cartels in Mexico, which meant that a large amount of funds was being laundered through Mexican banks. 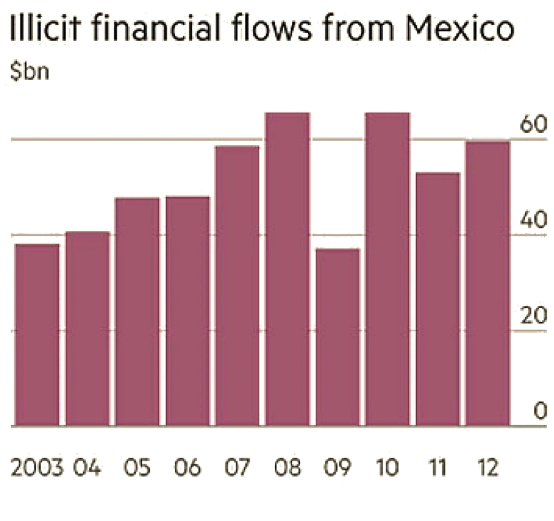 After HSBC was fined $1.9 billion in 2012 for allegedly laundering money for drug cartels, several of the major global financial organisations shut down their riskier business operations in Mexico, including their dollar-clearing and remittance-handling activities. Given that the US is Mexico’s largest trading partner, and that the US dollar plays a dominant role within the global financial system, Mexico’s banks have been dramatically impacted by the closures. Smaller financial institutions that have managed to operate without in-house dollar clearing functionality, such as Monex and CIBanco, are now struggling to find lenders who are willing to convert pesos into dollars. This has consequently impacted its clients, who are often individuals and businesses with minimal access to global finance.

As part of the regulation drive of the US following the financial crisis, around 50 correspondent accounts in Mexico have been closed by US banks during the last five years. JP Morgan, for example, closed several accounts of businesses that operated near the international border. The US Treasury has been working with the Mexican banking system to tighten industry regulation, while it has been reported widely that the country’s banks have considerably enhanced their “know your customer” (KYC) procedures in a concerted attempt to prevent the entry of laundered funds.

The challenge facing smaller banks has also been underlined by credit-ratings agency Fitch, who asserted in early June that some of the less mature Mexican lenders are likely to struggle to pass the requirements of the Basel III Liquidity Coverage Ratio (LCR), with 20 percent of banks being estimated to require a longer period to reach full LCR compliance. The LCR is designed to ensure banks invariably have enough assets to weather any short-term liquidity disruptions. Mexico’s smaller banks, however, are deemed to have less access to stable funding and, therefore, will need to access more long-term funding sources and extend the tenors of their obligations in order to meet LCR requirements. The LCR required banks to reach a level of 60 percent of the fully phased-in limit by June 2015, although Mexico’s banking regulator has extended this deadline to January 2016 for its smaller institutions.

In contrast, the bigger banks in Mexico have been performing healthily in 2015, with average capital ratios of the seven biggest lenders (Banamex, BBVA Bancomer, Santander Mexico, Banorte, Banco Inbursa, HSBC and Scotiabank Mexico) having improved consistently since the beginning of 2014. Net-interest margins, meanwhile, remain solid, which is helping to support the strong earnings that have been contributing to capital-ratio improvements. The seven biggest lenders are also well positioned to overcome LCR hurdles, with their minimum coverage levels as calculated by Fitch being at 20 percent above the 60-percent target as of the first quarter of the year.

The Mexican banking sector is well positioned to extend domestic lending activity, especially in the mortgage and commercial-loan segments, as GDP, employment and consumption are expected to grow stably in the near future. Moreover, the aforementioned financial-sector reform that has been implemented, coupled with the ongoing low interest-rate environment within the NAFTA zone (Mexico, the US and Canada), should help to encourage participation of the bigger global institutions within the Mexican financial sector. However, concerns remain for the country’s smaller lenders in the immediate future, as they are expected to struggle to meet international liquidity requirements.