Top Posts
Challenges Remain, But There Are Opportunities to Be Had in...
Interview with Mr. Olukayode Pitan, Chief Executive Officer and Managing...
Commodities Outlook for 2023
The Value of Cash in a Time of Crisis: How...
The US-Africa Leaders Summit: Fostering a Closer Relationship with the...
Three Key Sectors in Which to Invest in 2023
Home Banking The Pandora Papers: What Do They Tell Us?
Banking 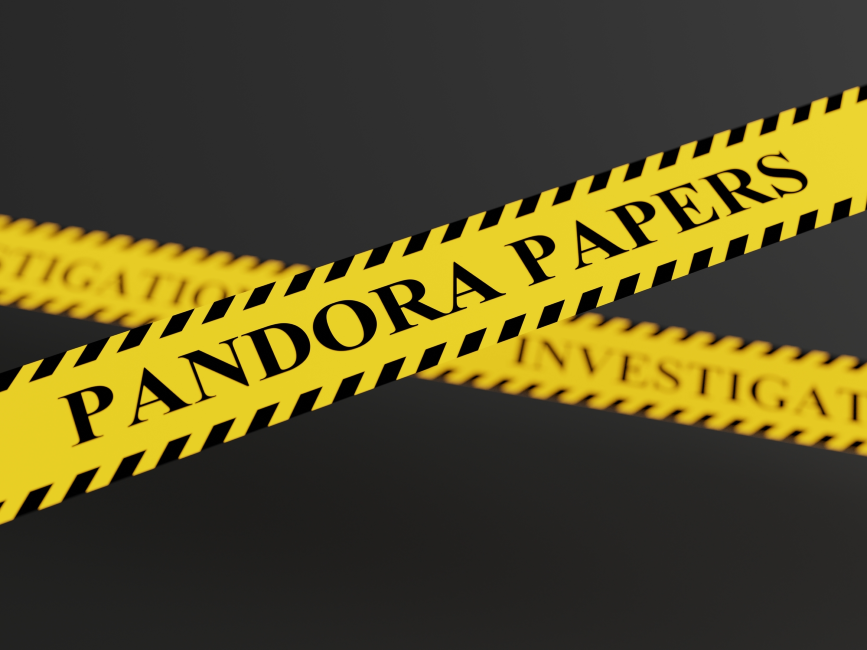 The Pandora Papers are 11.9 million leaked (beginning on October 3, 2021) records—or 2.94 terabytes (TB) worth of data—obtained by the Washington-based International Consortium of Investigative Journalists (ICIJ) from 14 different offshore financial-services firms that were previously believed to be confidential by the parties involved; they reveal some rather damning evidence of their financial dealings. The records involve more than 330 politicians and 130 Forbes billionaires, as well as celebrities, fraudsters, drug dealers, royalty and leaders of religious groups around the world.

It is the largest-ever journalistic collaboration, involving the work of more than 600 journalists from 150 media outlets in 117 countries and taking more than a year to research and analyse. Indeed, the 2.94 TB of data eclipses the 2.6 TB revealed in 2016’s Panama Papers and the 1.4 TB contained in 2017’s Paradise Papers. And with some of the documentation stretching back almost 50 years and with the data being provided in various formats, including 6.4 million documents, almost three million images, more than a million emails and almost half a million spreadsheets, the data-management task undertaken by the investigation has been colossal, to say the least.

What’s more, the ICIJ noted that the records include substantial information on beneficial owners of entities registered in the British Virgin Islands, Seychelles, Hong Kong, Belize, Panama, South Dakota and other secrecy jurisdictions covering a wide range of issues, including the creation of shell companies, foundations and trusts; use of such entities to purchase real estate, yachts, jets and life insurance and to make investments and move money between bank accounts; estate planning and other inheritance issues; and avoidance of taxes through complex financial schemes. Some documents are tied to financial crimes, including money laundering.

Perhaps most glaring from the files is the extent to which some of the world’s richest and most powerful figures have utilised secret offshore vehicles to conceal their wealth and, in many instances, pay no or next to no tax. Lakshmi Kumar of US think-tank Global Financial Integrity told the British Broadcasting Corporation (BBC) that such people “are able to funnel and siphon money away and hide it”, often through the use of anonymous companies that are set up through complex corporate structures.

King Abdullah II of Jordan, for example, compiled a secret property portfolio worth $100 million across the world, including Malibu, Washington and London, concealing the activity through a number of offshore companies incorporated in the British Virgin Islands. And while the use of offshore companies to purchase real estate is not illegal, questions will certainly be raised around the secrecy of Abdullah’s business and the implications it has for being susceptible to money-laundering activity.

“HM [His Majesty] has not at any point misused public monies or made any use whatsoever of the proceeds of aid or assistance intended for public use,” lawyers for the Arab world’s longest-serving current monarch stated in response. “HM cares deeply for Jordan and its people and acts with integrity and in the best interests of his country and its citizens at all times.” And DLA Piper, a London law firm representing Abdullah, reiterated the same message.

Another notable revelation is the story of a Russian woman, Svetlana Krivonogikh, who, it was reported by the Washington Post(part of the ICIJ’s investigation team), became the owner of an apartment in Monaco through an offshore company incorporated on the Caribbean island of Tortola in April 2003 shortly after she gave birth to a girl—the product of an alleged relationship with Russian President Vladimir Putin, the Post noted, citing Russian investigative outlet Proekt. The story has been denied by the Kremlin, however. “For now it is just not clear what this information is and what it is about,” spokesperson Dmitry Peskov said, adding that he had never heard of Krivonogikh.

Several other important figures have been named in the leak, including Ecuadorean President Guillermo Lasso, who is now being investigated for tax fraud; Andrej Babis, who served as the Czech Republic’s prime minister until November 2021, with regards to a $22 million estate near Cannes, France; Hassan Diab, Lebanon’s former prime minister, related to share ownership in a company linked in the leak; and Indian mogul Anil Ambani, who along with his representatives owned at least 18 offshore companies in Jersey, the British Virgin Islands and Cyprus, with seven of those companies borrowing and investing at least $1.3 billion.

As the ICIJ lamented, its investigation offers an “unequalled perspective” on how the rule of law has been “bent and broken” by such extensive financial secrecy facilitated by some of the world’s wealthiest nations. The UK government says tax avoidance “involves operating within the letter, but not the spirit, of the law”. And while it may eventually be determined that many of the figures have been operating legally, it is clear that they have not been operating within the spirit of the law. It also reveals just a fraction of the secret financial networks that are seemingly open to only the rich and powerful. The influence such networks have on political systems is perhaps the most egregious aspect of the leaks.

“The offshore financial system can drain trillions of dollars from treasuries, worsen wealth disparities and protect those who cheat and steal while depriving their victims of recourse. Studies have estimated that the world’s ultra-wealthy own the bulk of the $11 trillion realm of offshore companies,” the ICIJ recently explained. And while public anger and scrutiny are undoubtedly rising with each significant data dump of recent years, especially those of the Panama Papers and Paradise Papers, the need for sustained resistance to translate into meaningful action is yet to be achieved. With many of the world’s most powerful leaders seemingly beneficiaries of this clandestine network, legislation could ultimately prove rather difficult.

Some around the world are vehemently arguing for greater tax transparency to counter this secrecy. “When the Tax Justice Network was established in 2003, we began to lay out the policy platform known as the ABC of tax transparency,” Alex Cobham, economist and chief executive of the Tax Justice Network, recently wrote in an Al-Jazeera opinion piece. “A is for automatic exchange of financial information—so that each tax authority will be informed of the foreign bank accounts of their own taxpayers, making simple tax evasion much less pervasive. B is for beneficial ownership transparency, requiring public registers of the warm-blooded human beings behind companies, trusts and foundations, to end the damage done by anonymous ownership. And C is for country-by-country reporting, a simple measure to ensure that multinational companies publish data that can reveal the extent of profit-shifting.”

What Is Synthetic Data, and Why Will It Be So Important?