Top Posts
Challenges Remain, But There Are Opportunities to Be Had in...
Interview with Mr. Olukayode Pitan, Chief Executive Officer and Managing...
Commodities Outlook for 2023
The Value of Cash in a Time of Crisis: How...
The US-Africa Leaders Summit: Fostering a Closer Relationship with the...
Three Key Sectors in Which to Invest in 2023
Home Banking The Payment-Processing Revolution: Why Banks Need to Plan for ISO 20022
Banking 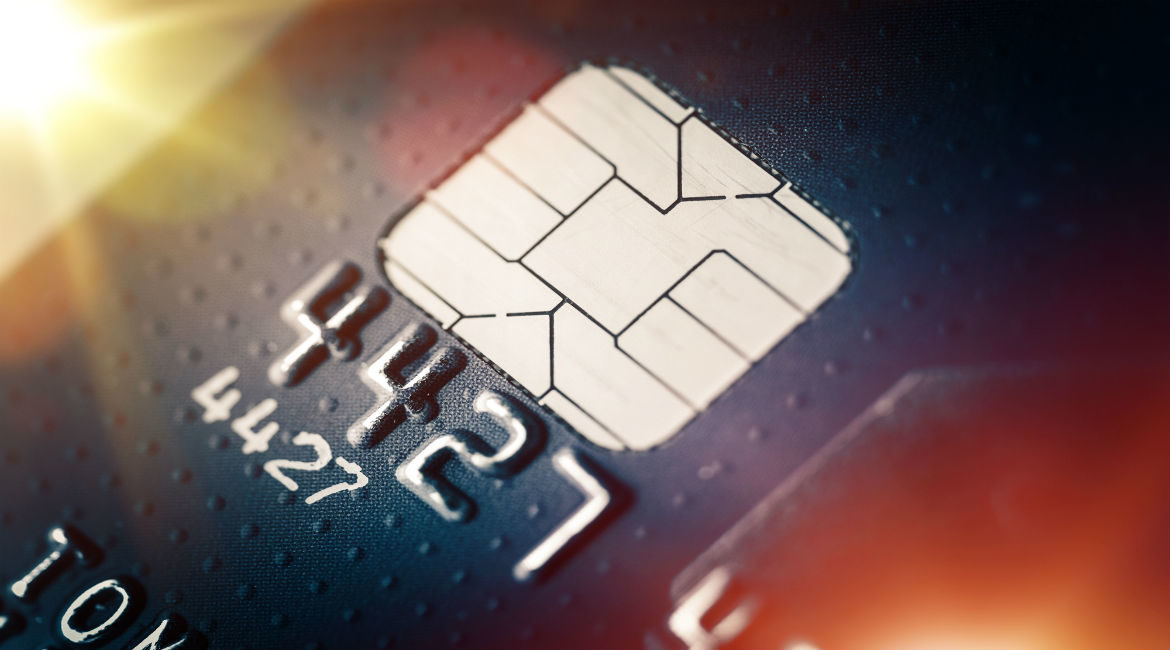 “The migration to ISO 20022 is probably the most impactful payments industry undertaking since the introduction of the Single Euro Payments Area (SEPA), and it will require CEO commitment, allocation of appropriate budgets, resources and project teams,” says Paula Roels, Head of Market Infrastructure & Industry Initiatives, Deutsche Bank.

The migration to ISO (International Organization for Standardization) 20022 could be a quantum leap for payment processing. Don’t be fooled by the tech-speak in its title—ISO 20022 is on track to become the biggest revolution in the payment sector since the launch of the Single Euro Payments Area (SEPA) 10 years ago.

So, what do organisations need to know, and how will it affect them? First and foremost, ISO 20022 migration is a system-wide shakeup of primary payment-market infrastructures. This reform establishes a messaging standard that looks to meet the ever-increasing demand for speed, richer data and automation.

While migration isn’t yet mandatory, many see it as an exciting opportunity to boost communication standards and upscale the richness of data gathered across the payment sector. For banks, it promises to cut the costs associated with processing payments as well as take the hassle out of compliance and financial-fraud detection. For businesses, it could offer a considerable competitive advantage, with early adoption minimising any disruptions.

Although ISO 20022 has been around since 2004, migration to this standard now has the backing of many of the world’s most important payment-market infrastructures, such as the Bank of England’s (BoE’s) real-time gross settlement (RTGS) service, Fedwire (the Federal Reserve Banks’ RTGS funds-transfer system), the Clearing House Interbank Payments System (CHIPS) and the financial-market infrastructure SWIFT (Society for Worldwide Interbank Financial Telecommunication). With each of these systems migrating their high-value payment systems almost concurrently, widespread ISO 20022 adoption has reached a tipping point.

UK-based clearinghouses, for instance, will follow a phased migration process led by the Bank of England. The “preparation phase” is set to be completed by 2022, and the ISO“introductory phase” by mid-2023. Across the Atlantic, the United States’ two main payment organizations—Fedwire and CHIPS—will also undergo phased migrations. Already in the process of moving to ISO 20022, Fedwire will continue to allow for existing and new formats before ISO 20022 is fully implemented.

The SWIFT organisation plans a similar “co-existence” period, commencing just before the eurozone’s migration in November 2021. This four-year transitional phase will ensure a smooth migration from MT (Message Type) to ISO 20022 formats and will see SWIFT offer conversion services—allowing messaging formats to be translated from MT to ISO 20022 and ISO 20022 to MT. Initially, these services will be offered free of charge and will ensure easy communication between banks that haven’t migrated their systems.

Some regions, however, are ahead of the curve. Areas already benefitting from early adoption include China, Japan, India and Switzerland. Locations aiming to implement ISO 20022 by 2020 include the United States, Malaysia and Thailand—whereas the eurozone, Hong Kong and Singapore plan to implement by 2021.

What is it, and how does it work?

Put simply, ISO 20022 is a messaging standard that makes payment processing easier. The Bank of England recently described it as “the emerging global standard for payments messaging”. Indeed, one of the most lauded benefits of ISO 20022 implementation is the level of standardisation it will bring to all markets—effecting faster and more efficient payment processing.

At present, some transaction files are converted from one format to another at payment gateways and stripped of their data—which can create challenges further down the line, when the data needs to be re-enriched. Fortunately, ISO 20022 messaging formats provide more information fields to capture granular details, including the full name, postal address, contact details and account number of a debtor. This data can then be transferred effortlessly and without alteration along the entire payment chain.

Digital banking and the emergence of 24/7/365 online shopping has put pressure on the payment sector. To meet this rising demand for international, round-the-clock payments, banks will need to start planning for a level of standardisation that meets the expectations of customers.

However, it’s not just about speed. Another challenge facing the payment sector is the need to keep up with regulatory and compliance requirements. Rapid data processing, for example, remains crucial—especially when it comes to tackling cybercrime and fraud. Faster processing afforded by ISO 20022 implementation will make it easier to detect money laundering and, of course, improve customer experience.

In short, ISO 20022 can help businesses meet the rapid-fire requirements of the sector without sacrificing customer experience.

What are the opportunities?

ISO 20022 could be the first step toward payment automation—waiting for manual intervention can result in a sluggish payment chain and increased costs. Indeed, one of the many benefits of the standard is that it has the potential to dramatically improve straight-through-processing (STP) rates. Removing the need for manual intervention along the payment chain promises to cut delays and improve efficiency.

But this messaging standard has another key benefit—the richer data provided makes it easier for businesses to stay on the right side of compliance and allows for greater security levels and cost savings. What’s more, time and resource-intensive activities—such as payment processing, data analytics, investigations and reporting—all have the potential to become automated off the back of ISO 20022 implementation.

This is just the tip of the iceberg. The European Commission (EC) recently stated that SEPA (which includes the transition to ISO 20022) resulted in annual savings of €21.9 billon. So, the argument for making the switch isn’t just about efficiency—it’s about saving billions.

From a customer-experience perspective, there is an extra incentive to shift to a modern payment standard. Reconciliation—a common customer concern—will become more straightforward following ISO 20022 implementation, resulting in improved rates of customer satisfaction.

Migration to ISO 20022 will no doubt involve the allocation of significant time, money and resources. That said, it is important for senior management across the entire sector to take stock of how migration will impact their businesses. Investigative measures to this end should involve analyses of the number of transactions executed annually, whether external providers need to be used and how businesses, in general, will be affected internally. Beyond this, banks would also benefit from examining how business lines dealing with markets undergoing ISO 20022 migration will be impacted.

Clearly, migration is about more than just core-payments processing—a whole host of other departments and processes are likely to be affected by the transition. Anti-financial crime applications, liquidity management, billing and account reporting, for example, will all be subject to change. Other areas such as foreign-currency account-reconciliation (nostro) activity, sales, treasury, IT (information technology), risk management and legal departments could also be affected.

Data overload: why an IT overhaul is essential

Processing up to three times more than the usual amount of data will inevitably put pressure on banking infrastructure—creating the need for superior processing power. Some businesses, therefore, are likely to consider a workaround—setting up a so-called “convertor” for payment processing, allowing them to convert legacy formats to ISO 20022 messages. However, it is worth bearing in mind that these convertors carry the risk of data loss—which would mean complex compliance issues later down the line.

Further challenges will be faced by banks operating across multiple currency areas. Since ISO regulations have different specifications for different regions, even ISO 20022 transfers will become tricky across borders. Compounding the issue is the fact that institutions governing currency regions such as the euro, dollar and pound sterling have taken differing approaches to ISO 20022 migration. The Eurosystem, for instance, has launched an integration project called “Vision 2020”, which will see its settlement services and collateral-management systems combined under the TARGET (Trans-European Automated Real-time Gross settlement Express Transfer system) banner, with a view to cutting costs, boosting efficiency and improving security across the various payment regions.

Looking ahead: cutting costs and moving toward automation

A clear strategy is essential for banks looking to avoid disruption in the face of this industry overhaul. The stakes are high—ignoring the transition could have severe implications for liquidity and reserves, not to mention the loss of access to central banks’ resources.

Implementing ISO 20022 will not come without costs, and it will likely present logistical challenges for many banks. But, despite the obstacles, it presents an unrivalled opportunity: the chance to create a more economical payment-processing ecosystem with superior security, faster STP rates, richer data and upscaled customer experience.