Top Posts
How Gamification is Catapulting Digital Banking to the Next Level
Challenges Remain, But There Are Opportunities to Be Had in...
Interview with Mr. Olukayode Pitan, Chief Executive Officer and Managing...
Commodities Outlook for 2023
The Value of Cash in a Time of Crisis: How...
The US-Africa Leaders Summit: Fostering a Closer Relationship with the...
Home Banking The Role of Banking in a Just Energy Transition
Banking 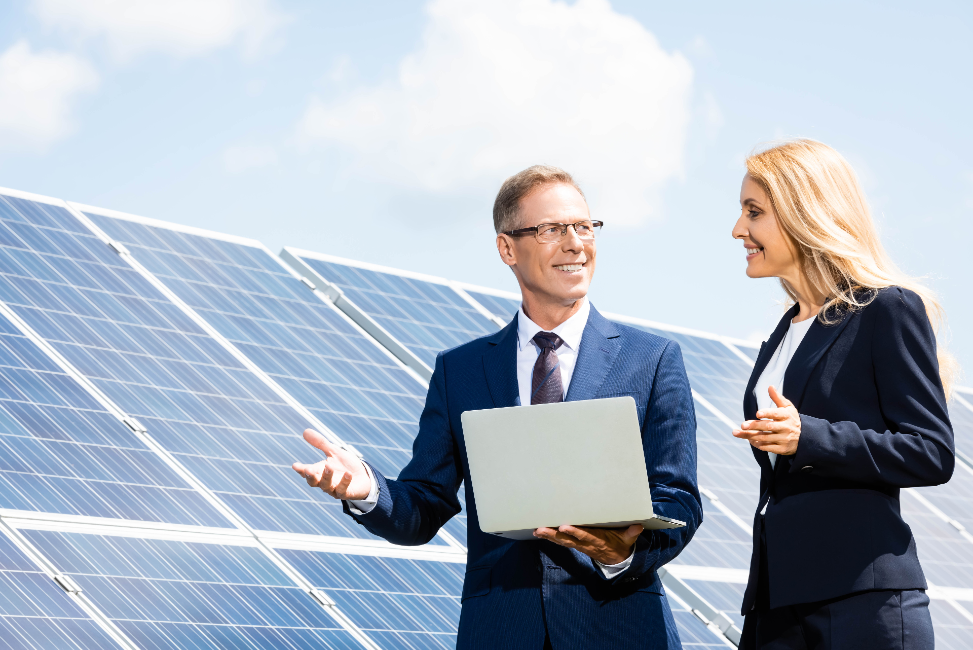 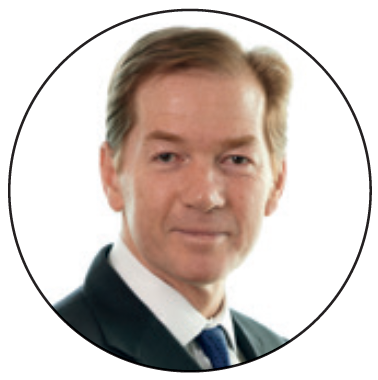 There is growing recognition that addressing climate change cannot be done without taking into account the social and economic impacts on individuals and communities. This is often referred to as a “just transition”. But what does this mean? And what is banking’s role?

The transition from production and consumption energy systems that are high in greenhouse gas (GHG) to those that are renewable with net-zero emissions will impact millions of people and their livelihoods around the world. For example, the International Labour Organization (ILO) has estimated the transition could result in the loss of about 6 million existing jobs in the energy sector and create about 24 million new jobs by 2030. But since this would impact some communities and not others, it would be felt unevenly.1 Or, in another example, low-income households and small and medium-sized enterprises (SMEs) may be priced out of markets for items such as electric vehicles and excluded by the potentially higher costs of renewable energy in general in an accelerated transition.

A just transition recognizes the massive and uneven impacts the transformation of global energy systems will have on people as consumers, workers and communities—and seeks to mitigate any disruption. And that’s on top of the recognition that an energy transition will likely result in “stranded assets” within the banking system and elsewhere in the financial system. Indeed, both sets of impacts are recognized as critical considerations in the Glasgow Climate Pact (reached at the 2021 United Nations Climate Change Conference) and the Paris Agreement before it.

There are a number of ways to view and understand a just transition.

First, within a mature economy, such as the United States or Europe.

Here the just-transition discussion has focused on the fortunes of employees and communities impacted by the energy transition, especially in democracies where politicians are more attuned to the potential adverse effects on workers. This was a significant component of US President Joseph Biden’s Green New Deal campaign in the 2020 presidential race. That campaign reflected a desire to get broad buy-in for policies that would avoid the worst effects of climate change yet have costs that would fall unevenly in the workforce. A parallel was drawn between the effect of climate mitigation and previous macro-policy decisions such as trade liberalization, which were designed to enhance overall economic growth but could have negative consequences for businesses and workers in some sectors.

Typically, in these economies, the lender plays a role in understanding how its borrowers who are impacted by the energy transition plan to get from A to B in responsible and profitable manners and what supports they need. On the other hand, if borrowers are pursuing unsustainable activities and showing no signs of stopping, withdrawing finance could precipitate a more draconian “unjust” transition. The difficult balance is that while bankers do not run the business and are not shareholders, they have strong relationships with their clients and a degree of influence, especially in places such as Europe, which is more dependent on bank financing.

Households in mature economies might also face other changes, such as rising costs for some products as the need to decarbonize requires alterations, especially in the harder-to-abate areas of the economy. The Energy Transition Commission (ETC) has estimated that the overall impact on living standards will range from 0.17 percent to 0.49 percent of gross domestic product (GDP) by 2050, depending on the ultimate cost of replacement energy systems.2 Areas of highest impact could be agricultural products and residential heating, the latter being an area in which banks can play an important role in enabling the investment required for low-carbon heating systems that lower long-term running costs.

Second, within a middle-income or emerging economy.

These economies tend to be at energy-intensive stages of growth at which an incremental dollar of GDP requires greater consumption of energy than in a developed economy. And they also typically have legacy energy-generation systems. This creates the potential for a double blow in which much CapEx (capital expenditure) is needed in the energy transition, while there are significant risks that the transition could slow down growth.

According to the International Energy Agency (IEA), annual investment in clean energy in emerging and developing economies will need to increase from $150 billion in 2020 to more than $1 trillion by 2030 if the world is to reach net-zero emissions by 2050.3 The new energy systems will create jobs, but they could require different skills and in different geographies than those that are being displaced. Some countries have quite vertically integrated power systems—for example, mining coal as well as burning to create electricity. The replacement of coal-fired power generation, therefore, has upstream impacts in very specific places.

Third, between mature and emerging economies.

Many emerging economies are already experiencing the physical impacts of climate change with hurricanes, flooding and sea-level rises, wildfires, droughts and other natural disasters. It is widely recognized that the destructive potential of climate change will only increase without adaptation or mitigation efforts, which require vast capital expenditures that many of these countries lack. At the same time, it is well recognized that the effects of global warming have primarily been driven by the industrialization and economic development of industrialized economies. As a result, a just transition is increasingly seen through the lens of economic support for developing countries.

In a keynote speech last year, Barbados’ prime minister, Mia Amor Mottley, noted that in 2019, the Global Commission on Adaptation (GCA) estimated that $1.8 trillion invested in adaptation measures could yield $7.1 trillion in benefits and avoid costs, yet private-sector adaptation investment was difficult to attract.4 And she underscored the urgency of support for emerging economies battling climate change. “If the global community does not act quickly to make up for delays in financing commitments under the Paris Agreement with respect to climate, climate refugees fleeing imminent threat of sea level rise and devastation from disaster will be every country’s responsibility.”

From theory to practice

The energy transition will impact every aspect of finance and the economy. The Glasgow Financial Alliance for Net Zero (GFANZ), which formed last year, has highlighted that achieving Paris Agreement goals requires an economy-wide transition in which “every company, bank, insurer and investor will have to adjust their business models, develop credible plans for the transition and implement them”. Banks themselves are expected to commit to net zero, the World Bank’s Sustainable Development Goals and, increasingly, principles of sustainable finance or ESG (environmental, social and corporate governance). Last year witnessed substantial collaboration within the financial sector to produce more effective mechanisms to accelerate lending and investment in the transition. For example, banks that were members of the newly formed Sustainable Markets Initiative (SMI), convened by HRH (His Royal Highness) the Prince of Wales, helped launch FAST-Infra (Finance to Accelerate the Sustainable Transition-Infrastructure), a means to recognise and accelerate project finance for green infrastructure. This was recognized and endorsed by the asset managers and owners within the SMI, creating a tool to be used across the capital structures and sectors of the financial landscape.

So, what does participation in a just transition mean in practice for banks?

One framework that may help banks chart a course was developed by the Council for Inclusive Capitalism (CIC or the Council) [with the Vatican].5 This framework was inspired by the teachings of His Holiness Pope Francis and the Laudato si’ encyclical [letter]; it was co-developed by the Council, Boston Consulting Group (BCG), seven energy and energy-intensive companies (ACEN [AC Energy Corp], Anglo American, bp [British Petroleum Company], Eni, Reliance, Repsol and SSE [formerly Scottish and Southern Energy]) and six academic, investor, civil and social representatives (CalPERS [California Public Employees’ Retirement System], Grantham Research Institute on Climate Change and the Environment, Inclusive Capital Partners, International Trade Union Confederation, State Street and the UN Special Envoy on Climate Action and Finance).

The framework sets out four pillars for any company to build a just-transition plan around: universal net-zero energy, workforce evolution, community resilience and collaboration, and transparency.

Looking closer at universal net-zero energy, commercial banks will naturally be at the table in some cases, but extending credit to make energy provision as universal as possible might veer into concessionary-finance territory. In any event, banks will need to consider how to reduce climate risk in their own operations and lending by increasing green finance and creating more sustainable financial products.

Not only will lending to facilitate the transition be important, but banks could also help to originate loans and/or bonds—and in time, re-package their existing “green” loans into securitized structures. While this has started—for example, in March 2019, BBVA (Banco Bilbao Vizcaya Argentaria) coordinated Iberdrola’s (Spanish multinational electric utility company) first sustainable credit facility aligned with just-transition principles, totaling €1.5 billion—it will need to accelerate and become more widespread.

While the question of workforce evolution and community resilience is largely an issue for legacy businesses and national and local governments, in the end, there will also be a funding need, and that’s where the fourth pillar comes in. Commercial banks will have to keep creative and open minds about working with the public sector, philanthropists, NGOs (non-governmental organizations) and others to create public-private financing structures that yield acceptable returns for banks within frameworks that create affordable solutions for society.

Emerging countries’ resilience will also involve a combination of public and private sectors working together—for example, financing infrastructure for places vulnerable to the physical effects of climate change. A good example of this is the Asian Development Bank’s (ADB’s) Energy Transition Mechanism (ETM), which uses public and private investments to take a market-based approach in accelerating the retirement of coal-powered assets while building renewable-energy plants and infrastructure.6

In short, the role of banks in a just transition is critical, and the need for the energy transition is urgent. Commercial banks will have to use the full armory at their disposal to ensure that the transition is effective.