Top Posts
Challenges Remain, But There Are Opportunities to Be Had in...
Interview with Mr. Olukayode Pitan, Chief Executive Officer and Managing...
Commodities Outlook for 2023
The Value of Cash in a Time of Crisis: How...
The US-Africa Leaders Summit: Fostering a Closer Relationship with the...
Three Key Sectors in Which to Invest in 2023
Home Banking The Role of IMBs in the US Mortgage Market
Banking 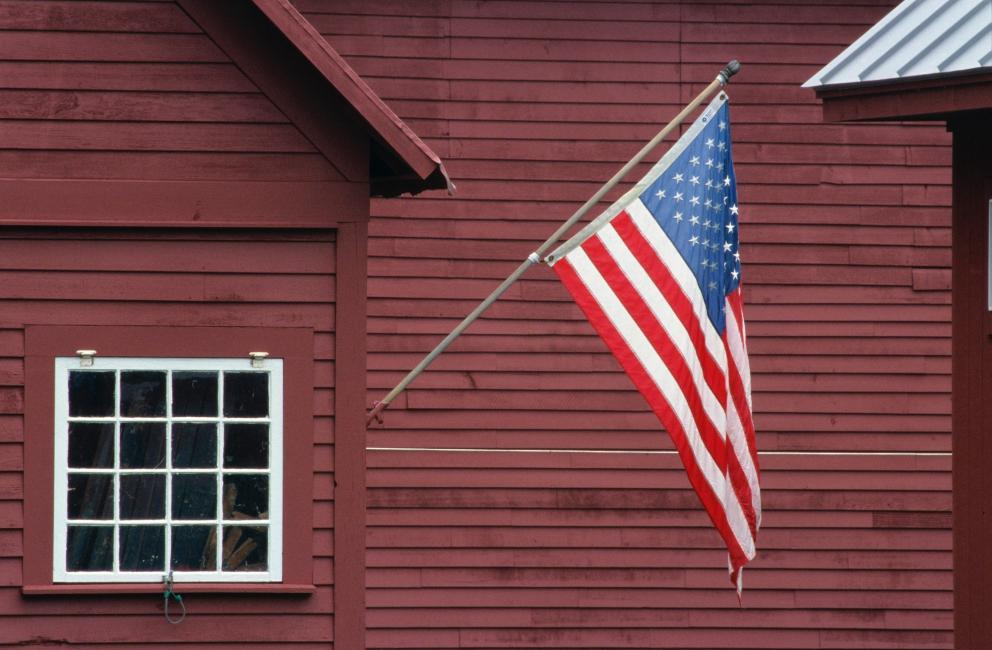 The housing market in the United States has largely recovered since the depths of the recession more than 10 years ago. Foreclosures are at their lowest level in more than 30 years; home prices have rebounded; demand is strong. The housing-finance industry has been vastly transformed as well. Mortgage professionals now operate in one of the safest regulatory environments in recent memory, thanks to numerous new federal laws and regulations. These regulations have eliminated the risky products that led to the financial crisis, and they protect consumers in the process. Other rule changes have strengthened safety and soundness standards for lending institutions of all types and require the licensing and/or registration of individual mortgage loan officers.

One unintended consequence of the new regulatory environment, however, is that banking institutions have pulled back significantly from the mortgage market due to a variety of factors—compliance costs, regulatory and reputation risks, and better profit margins in other lines of business. Large depository lenders have pulled back sharply—especially from Federal Housing Administration (FHA)-insured lending—and many community banks have exited the market altogether.

Fortunately, as this has happened, independent mortgage banks (IMBs) have stepped in to fill the void and now make up a significant portion of home-mortgage lending. By 2018, IMBs accounted for 55 percent of the overall single-family mortgages made, compared to 24 percent in 2008. IMBs have registered a similar increase in market share for the servicing of mortgages. The expanded role of independent mortgage banks has supported and strengthened the US housing-finance system at a critical time.

A significant shift in market share in any sector of the economy naturally generates policy concerns, and even more so in financial services. Not surprisingly, concerns have been raised about the growing role of IMBs in housing finance, but many of those worries are rooted in misperceptions about their business models and the regulatory frameworks in which they operate.

The role of IMBs is simple. They help diversify the mortgage market by expanding risk across a larger number of mortgage lenders and servicers and by fostering greater competition and innovation in the marketplace. Without the contribution of IMBs, millions of Americans would not have the same access to the mortgage market.

According to data related to the 2018 Home Mortgage Disclosure Act (HMDA), 914 IMBs operate across all 50 states. IMBs are non-depository institutions and access short-term lending, typically from a bank and known as  warehouse line of credit, to originate their loans. The borrowing is secured by the funded loans until they are sold to investors (typically through Fannie Mae or Freddie Mac, also known as the government-sponsored enterprises or the GSEs) or issued as securities (usually guaranteed by Ginnie Mae or Government National Mortgage Association). In effect, IMBs import capital from Wall Street to Main Street. IMBs, which were created more than 100 years ago, can range in production volume from $100 million to almost $100 billion annually.

Because IMBs do not hold loans on their balance sheets, it has been suggested they do not have “skin in the game” and do not have incentives to make high-quality loans. On the contrary, IMBs are deeply invested in originating responsible, high-quality loans and in the long-term sustainability of the housing market. They are typically “monoline” companies, exclusively focused on providing home-mortgage financing, mortgage servicing and other closely related services. As a result, they stay in the market through all cycles, regardless of interest rates, economic conditions or attractive opportunities in other banking services. Furthermore, most IMBs are closely held private companies, the owners of which have made significant personal investments in technology and infrastructure—consequently, their success is tied directly to the success of the enterprise, providing that skin in the game and strong incentives to manage the business prudently for the long term.

As previously noted, the IMB share of the market has grown substantially since the financial crisis. IMBs have not only increased their overall market share, but they have also focused their lending on the core of the US housing market—first-time buyers, moderate-income working families, veterans and rural households. In 2018, IMBs accounted for more than 82 percent of Federal Housing Administration (FHA) loans, 68 percent of U.S. Department of Veterans Affairs (VA) loans and 66 percent of U.S. Department of Agriculture Rural Housing Service (RHS) loans. IMBs were also responsible for financing more than 64 percent of minority homebuyer loans and more than 60 percent of all home-purchase loans for low- and moderate-income borrowers.

Most IMBs are well capitalized for the risks they take, and their success is a result of prudent, responsible lending practices and thorough regulatory oversight. As IMBs’ role in the market has grown over the past decade, the regulatory framework under which they operate has also been strengthened significantly. Prior to the crisis, independent mortgage banks were licensed in some states, registered in others and exempt from licensing in many. Today, independent mortgage banks are subject to licensing and supervision in every state in which they do business. IMBs now submit quarterly financial and lending data to their state regulators. State regulators have also enhanced the frequency and rigor of their onsite examination programs and developed a sophisticated information-sharing process that allows them to coordinate supervision and track bad actors or struggling companies from state to state.

On the federal level, IMBs are supervised by the Consumer Financial Protection Bureau (CFPB), which has the authority to examine, investigate and enforce regulations on IMBs. IMBs comply with the same federal mortgage consumer-protection rules that apply to depository institutions. Further, under the requirements of the federal SAFE Act, IMBs are the only mortgage-lending business model in which all individual loan originators are required to obtain a state license and register in the Nationwide Multistate Licensing System & Registry (NMLS).

Finally, in addition to federal and state regulators, IMBs are also subject to rigorous counterparty oversight by the GSEs, Ginnie Mae and the FHA, and they must meet minimum net-worth and liquidity requirements as established by the individual agencies. They are also closely overseen by the institutions that provide them with warehouse lines.

Independent mortgage banks have played a vital role in both our past and present housing-finance systems. Over the past decade, IMBs have become the primary source of mortgage credit for the most critical sectors of the housing market—first-time buyers, working families and minority households. At Mortgage Bankers Association (MBA), we are focused on ensuring that our housing-finance system can deliver affordable and sustainable mortgages to these homebuyers. MBA’s 2020 Economic Forecast predicts that low mortgage rates, the healthy job market and favorable demographic trends will drive demand for home-purchase mortgages to $1.3 trillion in 2020, a 2-percent increase over an already strong 2019. A healthy IMB sector will be critically important to meeting the mortgage needs of US homebuyers.

Back To Top
ABOUT THE AUTHOR
Robert D. Broeksmit, CMB (Certified Mortgage Banker), is President and Chief Executive Officer of the Mortgage Bankers Association (MBA). Bob is a Senior Finance Executive and Corporate Officer with a 33-year career in the mortgage sector. Prior to joining MBA in 2018, Bob served as President and Chief Operating Officer with Treliant and has held senior leadership positions in the mortgage business, including 14 years with Chevy Chase Bank, where he was Executive Vice President and President of its B.F. Saul Mortgage Company subsidiary.
Consumer Financial Protection Bureau (CFPB)Federal Housing Administration (FHA)FinanceIMBsMortgage Bankers Association (MBA)Robert BroeksmitUnited StatesUS Mortgage Market
0 comment 0 FacebookTwitterPinterestEmail
previous post

Can Argentina Avoid a Ninth Default?