Top Posts
Digital Transformation For Financial Systems In A Changing World
How Gamification is Catapulting Digital Banking to the Next Level
Challenges Remain, But There Are Opportunities to Be Had in...
Interview with Mr. Olukayode Pitan, Chief Executive Officer and Managing...
Commodities Outlook for 2023
The Value of Cash in a Time of Crisis: How...
Home Banking The State of Banking in Vietnam
Banking 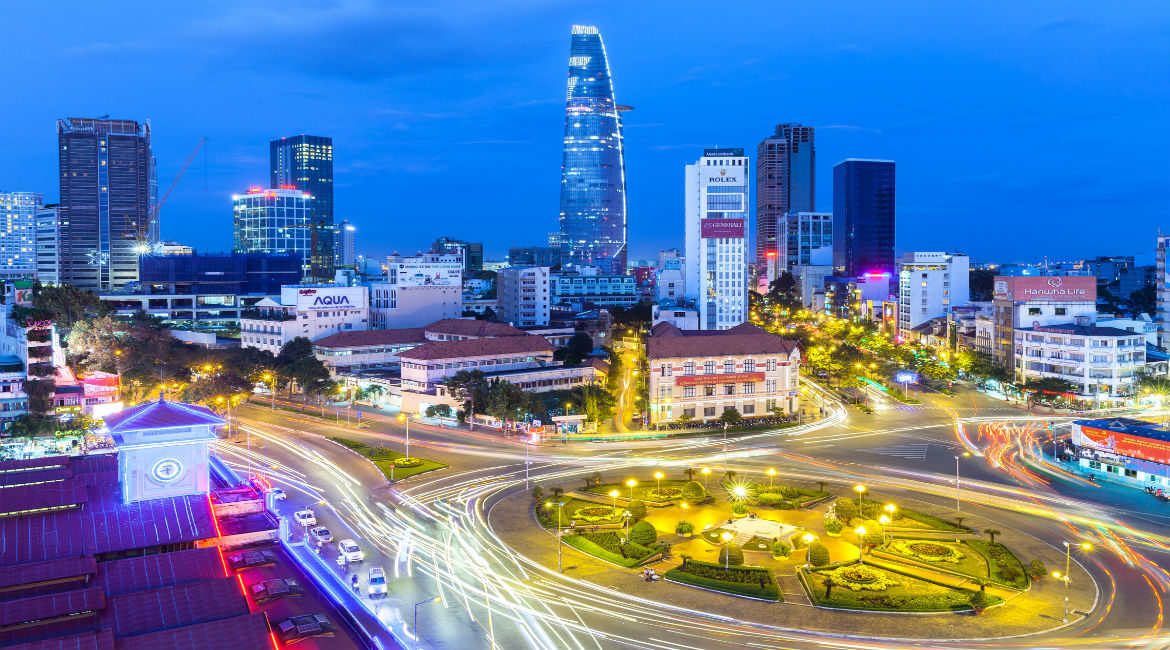 Last August, the Vietnam Government approved the “Development Strategy of Vietnam Banking Sector to 2025 with Orientations to 2030”. A comprehensive plan to not only boost the independence and accountability of the country’s central bank, the State Bank of Vietnam (SBV), the strategy also sets out several key objectives to strengthen and increase the transparency of the country’s banking sector.

Vietnam’s banking sector has long been plagued by a series of systemic problems, including corruption that has seen many bankers end up in jail, weak regulatory oversight and excessive state intervention. To combat these issues, the SBV embarked on its first five-year plan—which finished in 2015—that mainly sought to clean up a sector awash with bad debt by either taking over or restructuring ailing lenders. And on many fronts, the plan was a success, most notably in reducing the number of toxic loans on banks’ balance sheets. Between 2013 and the start of 2018, the sector’s reported nonperforming loan (NPL) ratio fell dramatically from 13 percent to just 2 percent, although Fitch Ratings noted that this ratio has been underreported and that the sector’s actual asset quality is likely weaker.

Now under this new development strategy, more goals have been established to further strengthen the banking sector. One objective, for instance, is to push for a tougher regulatory framework through an increase in “the efficiency and capacity of inspection and supervision by the SBV and include credit institutions within the ambit of the SBV’s supervision”. This means that by the end of 2020, at least 12 to 15 commercial banks should be applying Basel II standards stipulating the minimum-capital and risk-management thresholds. And by 2025, “most” banks should be following those standards.

While this would certainly be an impressive feat, Moody’s, however, notes that most banks in Vietnam face a major challenge in meeting the Basel II standards, specifically due to a lack of domestic-capital availability. As such, most lenders will have to look to overseas investors in order to raise capital. But whether the amounts raised will ultimately be sufficient remains to be seen—fellow rating-agency Fitch is expecting the banking sector to be around $20 billion short of the capital required to meet Basel II. But encouragingly, Vietnam already has seven banks meeting Basel II requirements ahead of schedule. Early May saw the SBV give approval to the Asia Commercial Bank (ACB) to apply the standards, adding to the approvals already given to Vietcombank, Vietnam International Bank (VIB), Orient Commercial Joint Stock Bank (OCB), Military Commercial Joint Stock Bank (MBBank), Tien Phong Bank (TPBank) and Vietnam Prosperity Joint Stock Commercial Bank (VPBank). The SBV is also helping the sector comply with Basel II by encouraging state-owned banks to divest their holdings in other commercial lenders.

Another goal of the new development strategy is to have at least two to three of its commercial banks be placed among Asia’s top 100 banks by assets before the end of 2025, as well as have three to five of them listed on foreign stock exchanges. As far as the latter of those two aims is concerned, we are now seeing an increasing number of Vietnamese banks announcing plans to expand internationally. With Vietnamese firms increasing their investment activities in the Ivory Coast, for instance, Saigon-Hanoi Commercial Joint Stock Bank (SHB) recently told shareholders of its plan to either establish a subsidiary bank or provide support to existing credit institutions in the West African country. That’s on top of the branches it intends to open in neighbouring Laos and Cambodia. Vietcombank also launched its first international bank last October in Laos and is soon to become the first commercial Vietnamese lender to open a representative office in the United States, having received approval from the US Federal Reserve. The bank already has representative offices in Singapore and Hong Kong, and it also aims to open a branch in Australia during the year.

There is also the possibility of the government limiting the number of licenses it hands out to foreign banks currently operating within Vietnam as a way to boost the market share of domestic lenders. Last August, Deputy Prime Minister Vương Đình Huệ stated that “Vietnam will strictly limit, or may stop, issuing new licenses for 100-percent foreign-owned banks in the country” in the near future. Although nothing has come to fruition as of yet, it seems that such an option remains on the table should the government decide to encourage consolidation of the banking sector by inducing takeovers of weaker lenders. At present, Vietnam has given licenses to 10 foreign lenders, including HSBC (Hongkong and Shanghai Banking Corporation), Standard Chartered and CIMB (Commerce International Merchant Bankers).

As far as the outlook for Vietnam’s banking sector is concerned, the banks themselves appear to have a considerably positive assessment of their likely performance during the coming months. According to a central-bank survey for March that covered both foreign and domestic credit institutions in Vietnam, more than 70 percent consider their business situations to have improved during the first quarter of 2019. 14.3 percent of those banks, moreover, experienced “significant improvement”. And more than 80 percent of those surveyed expect better results for the second quarter; 88 percent anticipate continued improvement this year, of which 29 percent expect “significant improvement”, and more than 60 percent plan to boost recruitment during the quarter.

Moody’s sees the outlook for 2019 improving for Vietnam’s banks. Rebecca Tan, an analyst for the rating agency, stated in February that the lenders rated by Moody’s will achieve gains in profitability “because of wider net interest spreads and lower credit costs”. And with banks continuing to clean up their balance sheets, Tan also expects asset quality to improve, while credit growth will remain stable “because of tighter control by the State Bank of Vietnam”. That said, Moody’s did change the outlook for the Vietnam banking system from positive to stable in November. Tan notes that asset risks “are still evident after years of rapid credit growth” and that the fallout from the trade disputes between the United States and China “will see Vietnam vulnerable to slower trade growth”. Nevertheless, the rating agency acknowledges that government support in the form of liquidity assistance and forbearance from the central bank will adequately help the banks when needed.

In the interim, however, the immediate challenge for many banks is to increase capital before the end of the year in order to meet the SBV’s Basel II thresholds. If they do so, only then will they be eligible to receive a credit-growth quota from the central bank to enable them to achieve further profits. Most banks still generate the bulk of their profits through credit and thus face a potentially sharp reduction in profits should they not meet the SBV’s capital requirements, as was also the case in 2018. As such, the race is now on for banks to attract sufficient investment to boost their capitalisation levels.