Top Posts
The Paradox of AI and Investing
Malaysia’s Fight Against Climate Change: Perspectives from a Central Banker
Crypto-assets and the Relevance of International Private Law
Whither International Banking Regulation?
Interview with Mr. Selman Bicaco Urrutia, Head of Private Banking...
Interview with Ms. Jelena Galić, Chairperson of the Board of...
Home Banking The United States House of Representatives Moves Forward on Historic Cannabis Banking Bill
Banking 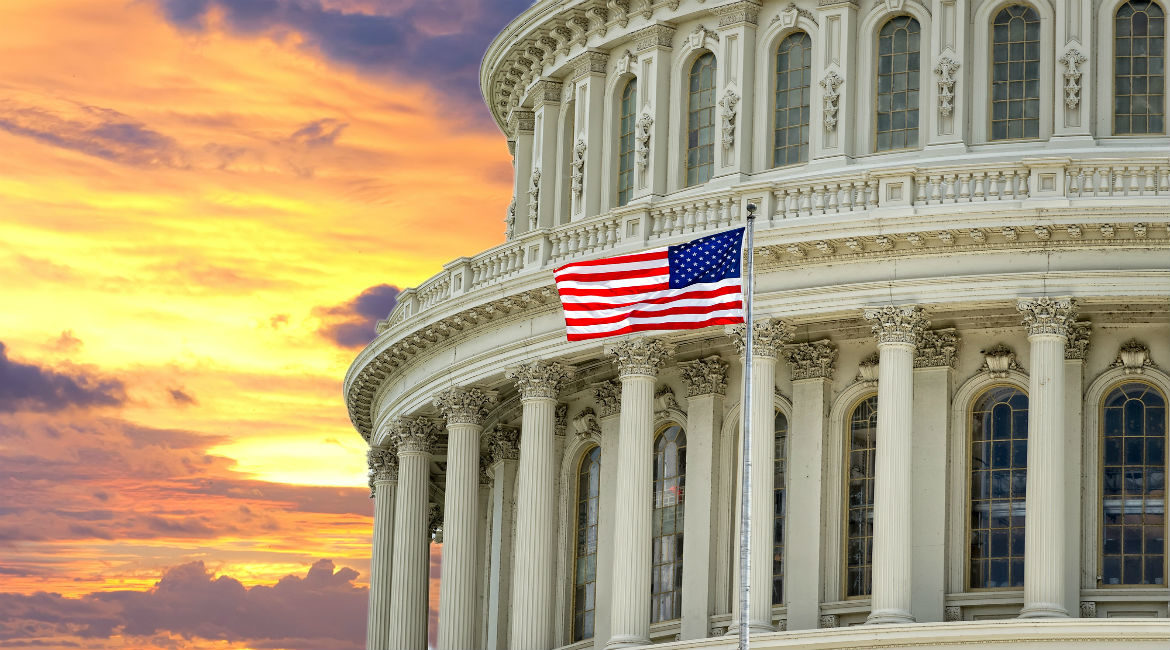 In late September, the United States House of Representatives voted to pass a bill that aims to “increase public safety by ensuring access to financial services to cannabis-related legitimate businesses and service providers and reducing the amount of cash at such businesses”, according to the official wording. This means that banks and other financial institutions such as credit unions will now be able to deal with cannabis companies in states in which marijuana is legal; it marks the first time the House has ever passed a standalone reform bill for the often fiercely debated substance.

The Secure and Fair Enforcement (SAFE) Banking Act passed comfortably in the House at 321-103, with all but one Democrat (229 in total), almost half of the Republicans (91) and one independent supporting the bill. Its passage comes at a time when public opinion in the US regarding marijuana is distinctly changing. A Gallup poll last year found that 66 percent of Americans support its legalisation, an all-time high for this poll and the third consecutive year in which public support has risen. Last year’s passing of the Farm Bill, which allows the legal growing and sale of industrial hemp-derived cannabidiol (CBD), further illustrates the increasing openness held by Americans towards cannabis and the cannabis industry.

At present, banks still face a legal quandary over servicing cannabis firms, given that despite legalisation having taken place in many US states, marijuana is still illegal at the federal level. Currently, at least one form of cannabis use is legal in 33 states, but banks have remained decidedly averse to servicing cannabis companies in case they violate federal laws. Specifically, banks are most concerned about receiving deposits from such firms, as this could be a violation of federal anti-money laundering laws, and thus banks fear reprisal for onboarding such businesses as clients. Any bank that provides lending or holds deposits for a cannabis company could end up having to pay heavy federal fines, and that includes those in states that have legalized marijuana.

As far as the cannabis companies themselves are concerned, meanwhile, they have thus far been forced to work with a very small sample of financial institutions or solely conduct business in cash. As such, part of SAFE’s objective is to formalise the financing and dealing opportunities available to the industry. As explained by Democratic representative and co-sponsor of the bill, Ed Perlmutter, the bill is “focused solely on taking cash off the streets and making our communities safe, and only Congress can take these steps to provide this certainty for businesses, employees and financial institutions across the country”. And what’s more, such developments should prove to be a boon for US stock exchanges. The passing of the bill brings exchanges one step closer to opening up to listings from cannabis companies. However, it is also likely to have an adverse impact on Canadian exchanges, which up until this point have been enjoying the financial benefits of cannabis legalisation, which the country formally enacted last year.

Much of the bill’s language also focuses on improving public safety. As observed by Rep. Kendra Horn, who co-sponsored the House bill, the SAFE Banking Act would boost public safety in her state of Oklahoma by enabling cannabis firms to legally utilise services from the banking industry. “The conflict between state and federal laws prevents Oklahoma cannabis-related businesses from using banks to deposit their revenue, pay their bills and finance capital improvement projects…. It has also created a serious safety hazard for businesses by forcing them to hold large amounts of cash on their premises, and it increases the likelihood of tax evasion.”

But while advancements are undoubtedly being achieved in the political arena, not everyone is happy about it in the financial sphere. Some banks still appear to be treading cautiously, despite SAFE passing in the House. Most recently, one of the world’s biggest custody and clearing banks, the Bank of New York Mellon, stated that it won’t be accepting custody positions with cannabis-related businesses in the US, nor will it engage in any form of trading with them. So, while Canadian-listed companies with no operations in the US will still be allowed to deal with the bank, those with US operations that are listed on Canadian exchanges will not. Bank of New York Mellon’s position, moreover, echoes similar sentiments that have been expressed by other major US financial institutions in recent weeks, including the likes of JPMorgan Chase, Bank of America, Toronto-Dominion Bank and KeyCorp, all of which have announced their refusal to do business with US-based cannabis companies while federal law remains unclear. According to Bloomberg Intelligence analyst Nathan Dean, the passage of SAFE is unlikely to change their minds. “We think most publicly traded banks would take a pass for the next several years.”

Nevertheless, optimism within the cannabis industry remains high, with some believing that big US banks will soon regard cannabis companies in a much more positive light. “I do think that a number of larger banks are going to embrace the cannabis industry, given the momentum in the space and the fact that they now have cover,” said Kevin Murphy, chief executive officer of Acreage Holdings, which is set to be bought by cannabis market-leader Canopy Growth upon the eventual federal legalisation of the substance. “SAFE is a tremendous step in the right direction, and that is critical to more steps in that direction.” And the bill may persuade at least somebanks to begin doing business with cannabis companies. Speaking to Bloomberg, Jodi Avergun, who is a partner at the law firm of Cadwalader, Wickersham & Taft LLP, acknowledged that with the threat of prosecution now minimised thanks to the passing of the bill, banks will be more in favour of dealing with the cannabis industry. “There are quite a few financial institutions that are close to the fence but not quite over the fence on their comfort in doing these transactions, and for those, this will push them over.”

But while the SAFE Banking Act may have passed in the Democrat-controlled House, it still awaits approval in the Republican-controlled Senate—on paper, this is a much tougher prospect. Speaking to US political-news publication The Hill, Terry Holt, spokesman for National Cannabis Roundtable, expressed some optimism of the bill advancing further successfully. “Because the authors in the House were able to work together in a bipartisan way, the bill did improve to the point where we feel like it can reach the next stage.”

Indeed, significant effort had been made in crafting the bill to ensure it would garner sufficient Republican support. For instance, one set of provisions establishes banking protections for hemp products, which, although also derived from cannabis, is proving to be a valuable crop in certain states. “I’ve been very, very consistent about opposing the legalization of marijuana but supporting the legalization of industrial hemp,” said Republican Kentucky Rep. Andy Barr. “This is the vehicle that’s moving. This is the way I can help industrial hemp.” And according to the Republican chairman of the Senate Committee on Banking, Housing, and Urban Affairs,Senator Mike Crapo, the bill could well receive a committee vote before the end of the year; but whether a full Senate vote will be carried out remains to be seen.

But whatever the result of the Senate vote, SAFE marks a milestone in cannabis legislation in the US. The bill’s passage is the culmination of almost six years’ worth of effort devoted to reforming historically opaque issues for the banking sector and bringing mainstream acceptance of cannabis one step closer. Companies in the industry now have access to a wide range of banking services, including institutional lending, retail banking and credit-card processing. And although the federal legalisation of marijuana remains a bridge too far at this stage and passage of SAFE in the Senate could prove a hurdle too high, its approval in the House with strong bipartisan support provides growing evidence that American views of the industry are steadily shifting. As Ed Perlmutter decisively put it, “If someone wants to oppose legalization of marijuana, that’s their prerogative. But American voters have spoken and continue to speak, and the fact is you can’t put the genie back in the bottle…. Prohibition is over.”

Rising to the Challenge of Global B2B Payments

Is It Worth Investing in 5G Yet?