Top Posts
Can the Indo-Pacific Economic Framework Expand US Economic Influence in...
Banks Remain Uniquely Vulnerable to Sophisticated Cyber-Attacks
Western Banks Willing to Accept the Short-Term Pain of Russian...
Why the US Is Ramping Up Its Presence in Somalia...
How Technology Is Helping to Solve Global Supply-Chain Issues
UK Inflation Climbs to Fresh 40-Year High
Home Banking Tough Challenges Await Andrew Bailey, the New Governor of the Bank of England
Banking

Tough Challenges Await Andrew Bailey, the New Governor of the Bank of England 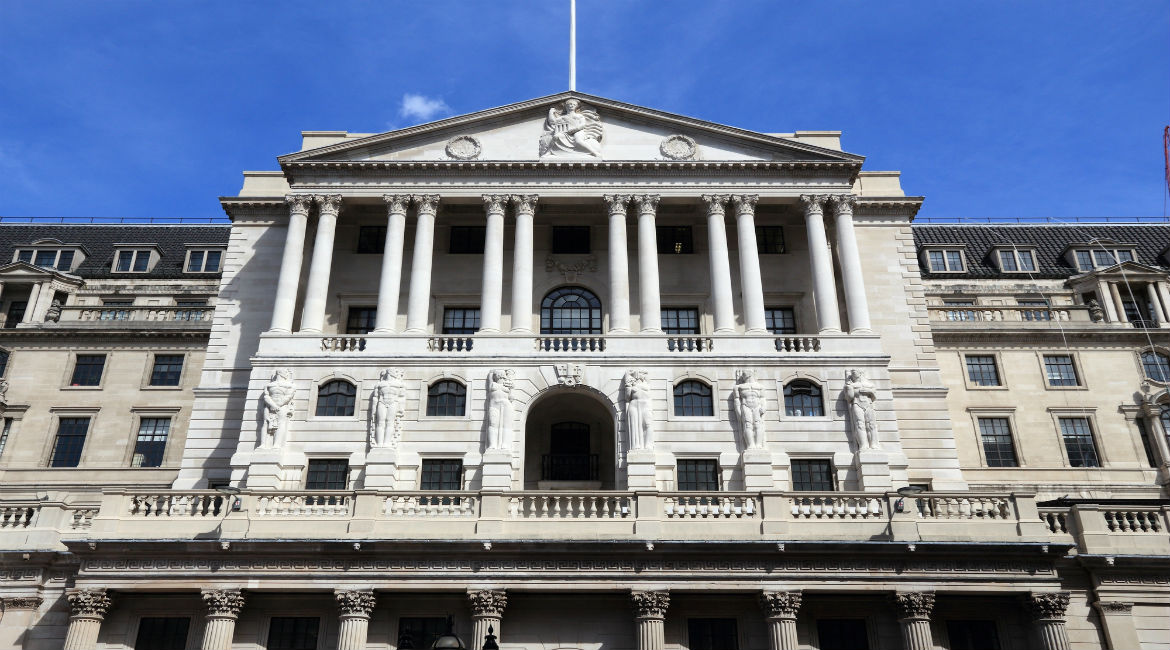 The search for a new governor for the world’s oldest central bank—a process that began all the way back in April 2017—is now finally over. The Bank of England’s (BoE’s) former deputy governor of prudential regulation will now be handed the reins for the top job, replacing the current chief, Mark Carney, who will depart after more than six largely successful years in the position. As such, Bailey will become the 121st governor of the BoE at the beginning of February, while the outgoing Carney will stay until March 15 to ensure a smooth handover of responsibilities between the two regimes. Bailey will also serve a full eight-year term.

There was a moderate chance that The Old Lady of Threadneedle Street would see a woman taking charge for the first time in its 325-year history, with Minouche Shafik, a former deputy governor of BoE, and Shriti Vadera, Labour peer and chair of Santander UK, both in contention for the role. But ultimately Chancellor of the Exchequer Sajid Javid went for the 60-year-old Bailey, describing him as “the stand-out candidate in a competitive field”. The UK chancellor pointed to Bailey’s widely praised work during the financial crisis, when he played an instrumental role in rescuing the United Kingdom’s troubled banking sector.

Educated at Wyggeston Grammar School for Boys in Leicester and then Queens’ College, University of Cambridge, where he gained a BA (bachelor of arts) first-class honours in history and PhD (doctor of philosophy) in economic history, Bailey went on to enjoy a 31-year career at the Bank of England, having first joined in 1985 and remaining there until he moved to the Financial Conduct Authority (FCA) in 2016 as the financial regulator’s chief executive. During his time at the bank, Bailey occupied several roles, most notably as chief cashier between 2004 and 2011, which meant that his signature was on all banknotes during this time, and then as deputy governor in charge of prudential regulation in 2012, where he remained for four years before departing for the FCA.

Given his long-held association with the bank, therefore, Bailey’s appointment as governor should perhaps come as no major surprise. Carney has been effusive in praising his successor, describing Bailey’s efforts to contain the financial crisis and develop a regulatory framework in the aftermath as “exemplary”. And Nick Macpherson, former permanent secretary to the Treasury, recently echoed similar sentiments, tweeting that Bailey is “the most able and competent BOE official I worked with: by far the steadiest under fire in the financial crisis” and adding that his all-round experience “will help to steady economic policy at a challenging time”. He has also been widely described as a “safe pair of hands”, which, given the current economic and political environment within the UK, will certainly allay some concerns.

And, of course, it will be precisely Bailey’s performance during this critical phase of the Brexit process that will most immediately determine his reputation as governor. If he manages to steer the UK economy through this potentially turbulent period, then it should go a long way towards justifying his billing as a “safety first” policymaker. Javid certainly has considerable belief in his new appointment, describing Bailey as “the right person to lead the Bank as we forge a new future outside the EU and level-up opportunity across the country”. And given the rumours that certain candidates for the role—such as Raghuram Rajan, a former Reserve Bank of India governor—were scared off by the political ramifications that Brexit has already had for the BoE, it would seem likely that Bailey will remain outside the political process and instead focus on his core mandates of monetary and financial policy.

With the governor also functioning as the chairman of the bank’s Monetary Policy Committee (MPC), Bailey’s rate-setting decisions to keep inflation close to its 2-percent target and maintain economic stability will be of particular interest. The UK economy left much to be desired in 2019, as quarterly GDP (gross domestic product) growth crawled to just 0.4 percent in the third quarter, following a 0.2-percent contraction during the previous quarter. Inflation, meanwhile, remains below target at 1.5 percent. With interest rates currently at 0.75 percent, Bailey will undoubtedly be aware of the lack of downward wiggle room the bank has should the economy experience a downturn. And given that he has not previously been a member of the MPC, there has been no clear consensus on whether he is likely to take a more hawkish or dovish approach to monetary policy.

But not everyone considers Bailey’s appointment to be the right decision. Shadow Chancellor of the Exchequer John McDonnell of the Labour Party described the new governor as “an establishment figure” and referenced his “less than inspiring record” at the FCA. Indeed, Bailey’s reputation experienced something of a dent during his time heading up the financial-services watchdog. In particular, regulatory errors were made regarding the renowned fund-manager Neil Woodford’s £3.1-billion high-risk investment fund, which was suspended in June after one of the fund’s biggest holdings, Kier Group, announced a profit warning. The suspension ultimately led to the fund being closed in October, Woodford himself being fired, investors remaining at risk of losing sizeable sums of money. Analysts believe that the FCA missed several red flags leading up to the suspension, including the fund’s breach of the 10-percent limit on unlisted securities in open-ended funds on two occasions.

Bailey was also in the spotlight after the FCA decided against penalising the Royal Bank of Scotland (RBS) after its restructuring unit was found to be making a profit from the liquidation of small firms when its purpose was to help support such businesses. And just one day prior to Bailey being chosen as governor, the BoE tapped the FCA to investigate revelations that certain traders and hedge funds had been paying for early access to audio recordings of the central bank’s press conferences, thus giving them an unfair informational advantage over the rest of the market. The bank has disclosed that a supplier had misused the audio feed, and as such, the issue may well be the first major challenge for Bailey to address as he steps into his new role.

One notable area in which we may see Bailey taking a different approach to that of his predecessor is the issue of climate change. Carney, who was recently appointed a UN special envoy for climate action and finance, frequently warned about the potentially seismic impact of a warming planet during his tenure as governor, which made him among the world’s most vocal central bankers on the matter. He also introduced stress tests to gauge the extent of climate risk on the UK’s financial markets and, most recently, declared that firms’ assets would become worthless should they continue to ignore the impending climate crisis. Whether Bailey proves to be as outspoken about climate risks remains to be seen, but given the extent to which Carney focused on the issue, it will require significant effort from Bailey to continue in the same vein.

Given Carney’s highly praised overall performance throughout his tenure, moreover, Bailey has some rather big shoes to fill. Guiding the UK economy initially on the path to recovery upon joining the bank in 2013 and then dealing with the uncertainty created by Brexit in 2016, Carney has overseen one of the most eventful periods in the United Kingdom’s modern economic history. “The intellect, rigor and leadership he brought to the role during a critical time was a significant contribution to the UK economy moving to recovery and growth,” acknowledged Javid.

According to the Labour Party’s McDonnell, meanwhile, Bailey “will need to demonstrate early that he appreciates the need to address the deep structural problems of our economy and, like Mark Carney, understands the climate change threat”. And with the exact nature of the UK’s departure from the European Union still undetermined as yet, the new governor has at least as challenging a few years ahead of him as did Carney when he joined in 2013.

What’s Ahead for Open Source and Financial Services in 2020