Top Posts
Western Banks Willing to Accept the Short-Term Pain of Russian...
Why the US Is Ramping Up Its Presence in Somalia...
How Technology Is Helping to Solve Global Supply-Chain Issues
UK Inflation Climbs to Fresh 40-Year High
Extended Reality and the Metaverse Are Leading Financial Services into...
Digital Currency: India’s Move Towards a Digital Financial System
Home Banking Tough Times Persist for German Banking
Banking 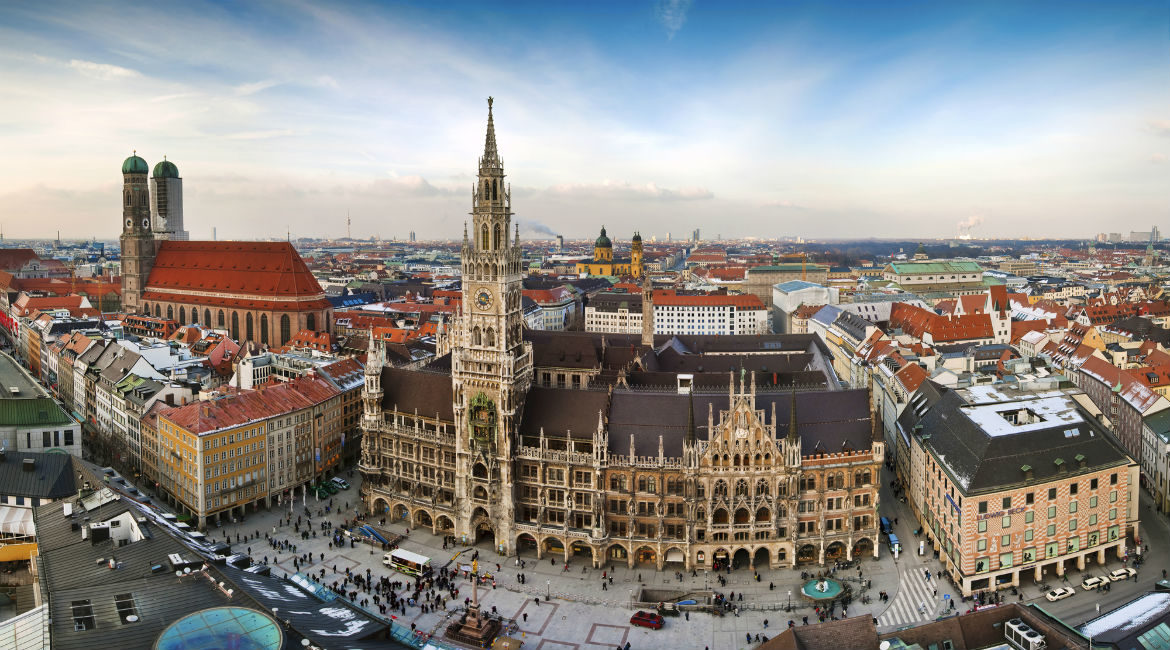 Problems have continued to mount for the German banking sector in 2019. According to Ronit Ghose, the global head of banks research at Citibank, German lenders are in a much worse position than their European counterparts—and that even includes Italy when it comes to profitability. “The Italian banks have done some clean-up on their balance sheets, like the Spanish banks. The Germans next year are going to make 2-3% return on equity (ROE), and this year will be even worse,” Ghose recently observed.

One of the biggest long-term problems faced by German banking is the sector’s proliferation of small lenders. There are around 400 savings banks in the country known as Sparkassen, representing 15 percent of total banking-sector assets. These credit institutions operate under the responsibility of local municipalities, which means that serving local communities, rather than maximising profitability, is normally their first objective. As such, this contributes to a hefty chunk of the sector operating on thin margins. And while talk of sector consolidation is rarely off the table in Germany, as the recent collapse of the proposed merger between the country’s two biggest lenders Deutsche Bank and Commerzbank proves, consolidation may end up proving trickier in practice. In the meantime, therefore, German banks continue to make insufficient profits to satisfy shareholders.

At the other end, meanwhile, regulatory obligations are also weighing heavily on Germany’s biggest banks, especially given that the European Central Bank (ECB) mandates higher capital requirements for such lenders compared with other eurozone members. And there may be further capital restrictions being introduced after Germany’s Financial Stability Board (FSB) suggested a countercyclical capital buffer of 0.25 percent on banks in order to guarantee lending in the event of an economic downturn. This translates into an additional €5.3 billion required to be held by German banks. According to Felix Hufen, the president of Germany’s banking regulator BaFin (Federal Financial Supervisory Authority), banks will have a year to implement the buffer, starting from July 1.

Such problems may have been manageable at any other time, but the fact that the country is dealing with negative interest rates makes matters substantially worse by severely denting profitability. With income from deposits constituting a greater amount than most other European banking systems, German banks are already paying around €2.4 billion in negative interest for their surplus deposits at the Deutsche Bundesbank. After five years of negative rates, banks are now seriously struggling to make up for the shortfall impact on their earnings. As Deutsche Bank stated, a prolonged period of low interest rates in the eurozone “could materially impact the bank’s profitability and balance sheet deployment”.

There is also a strong chance that the ECB will send rates further into negative territory when it meets in September, thus magnifying problems for German banks even more. “We already have a devastating interest rate situation today, the end of which is unforeseeable,” lamented Peter Schneider, a representative of public savings banks in the German state of Baden-Wuerttemberg. “If the ECB aggravates this course, that would hit not only the entire financial sector hard but especially savers.”

Schneider also raised doubts over whether lenders can afford to pay negative interest rates on excess liquidity to the ECB for much longer, without passing on those additional costs to a broader range of customers. A recent survey by German aggregator site Tagesgeldvergleich.net revealed that some financial institutions in the country are already charging certain retail customers for their deposits. That said, it would seem that political pressure might end up preventing retail depositors from bearing the brunt. Germany’s finance minister, Olaf Scholz, recently mentioned the possibility of imposing a block on any bank attempting to levy a “penalty interest” on retail deposits of up to €100,000, although such a proposal has been slammed by the federal Association of German Banks. “Legal prohibitions are alien to the system, do not help the customer any further and can ultimately lead to dangerous instability on the financial markets,” the Association stated.

Perhaps most depressing of all for the German banking sector, however, is the disastrous performance of Germany’s biggest lender. Once an undisputed giant of European and global banking, Deutsche Bank now finds itself in a multi-year state of decline, as a failure to successfully rejuvenate its business in the aftermath of the 2008 crisis continues to impact performance to this day. In July, Deutsche posted a mighty €3.1-billion loss, which is the worst quarterly performance since 2015’s third quarter, the second worst since the financial crisis of 2008 and a marked decline on the €201-million profit booked in the first quarter of 2019. A collapsed merger with Commerzbank and underwhelming performance across numerous business divisions have characterised a torrid time recently for the bank, which has seen its stock price slump to less than $7—a far cry from the days of 2007 when it was trading at almost $130.

Legal penalties and restructuring costs have only exacerbated the gloom for Deutsche in recent years. Indeed, much of the recent quarterly loss can be attributed to its sweeping restructuring plan revealed earlier this year by Chief Executive Officer Christian Sewing, one which aims to boost profitability and which amounted to a charge of €3.4 billion during the quarter. A major chunk of this reorganisation will see an enormous 18,000 jobs being cut, equivalent to around 20 percent of its global workforce, by 2022. Redundancy charges already represent a significant portion of recent losses, while more than 900 Deutsche employees have been either given notice or informed of their impending redundancy since the bank announced its plan.

Deutsche will also wind down its global equity-trading business as part of this restructuring effort. This comes as no surprise, given this operation’s poor showing in recent times: the second quarter saw equity-trading revenues drop by nearly one-third. The bank will additionally resize its rates-trading business, as well as expedite the exit from its non-strategic portfolio. Given that equities and fixed-income trading accounted for almost 30 percent of Deutsche’s revenues last year, the exodus represents a significant move, one which it says will cost €2.5 billion in revenue. As such, the bank’s Corporate & Investment Banking Division’s revenue contribution is expected to shrink from 52 percent in 2018 to 42 percent by next year.

Looking forward, things could remain bleak for German banks for quite some time. “The currently weak revenue situation is a big challenge for the German banking sector,” acknowledged the finance ministry back in May. “It’s important that banks review their business models and adapt them if necessary to support a positive economic development in Germany in the long run.”

The International Monetary Fund (IMF), meanwhile, has pressed for German banks to accelerate their restructuring efforts, particularly through “further consolidation, cost-cutting, and continued development of fee-based income”. Supervisors should also continue to monitor interest-rate risk and progress in implementing adjustment plans in both the banking and insurance sectors, according to the development institution.

As for Deutsche Bank, its transformation strategy is expected to cost €7.4 billion through 2022. With €5.1 billion of this amount slated for 2019, earnings are likely to be subdued for the remainder of this year at the very least. Deutsche’s goals moving forward are to return to profit next year, reduce costs by around €6 billion to €17 billion, lower its cost-income ratio to 70 percent and achieve a return on tangible equity (ROTE) of 8 percent, all by 2022. But whether such targets can be achieved remains highly debatable at this stage.

Not only are negative rates likely to be in play for a while, but banking-sector income continues to be threatened by new foreign-market entrants such as ING, which are minimising costs by shifting towards an online business model. External factors could also end up being highly influential in dimming the outlook for German banking even further. With a slowing economy renewing fears of a recession in the country, the re-emergence of heightened trade tensions between the United States and China, and the potentially significant fallout from the United Kingdom’s exit from the European Union (EU) all looming, banks face significant headwinds over the next 12 to 18 months. Indeed, although Commerzbank previously forecast a slight increase in profit this year compared to 2018, the bank also admits that such a goal “has become significantly more ambitious, given the earnings development in the first half of the year, the noticeable worsening of the macroeconomic situation and the increasingly uncertain geopolitical situation”.