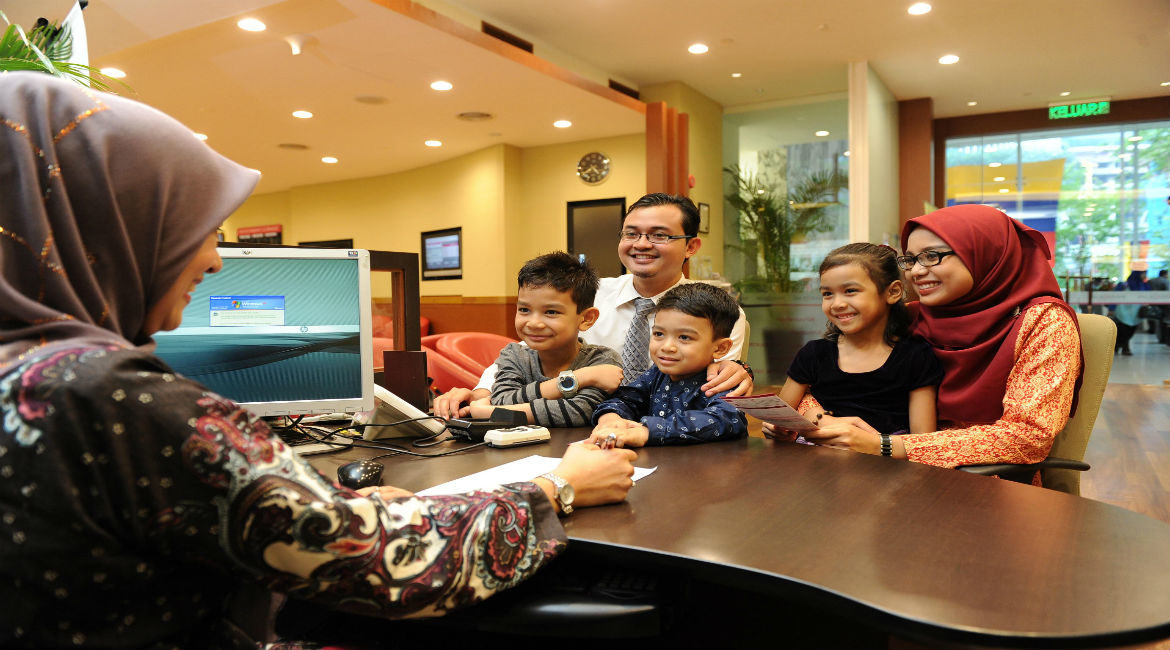 “The formation of Bank Islam is an effort to demonstrate that Islamic assimilation in our country’s economy shall not evoke any economic catastrophe. What is needed here is neither a ‘gesture’ nor ‘symbol’ but the trusted expertise to establish and manage which will determine that an Islamic banking system can play its role successfully in today’s modern economy.”

These words of the then prime minister of Malaysia, Mahathir Mohamad, at the official launch of Bank Islam in 1983 marked a watershed moment for Islamic finance, both in Malaysia and around the world. The bank was initially established with the intention of supporting the financial needs of Malaysia’s Islamic population, before later making its services available to the entire country. Specifically, it was the introduction of the Islamic Banking Act in 1983 that started things off for the bank, representing the culmination of years of hard work in attempting to bring the principles of Islamic finance to Muslims throughout the nation. 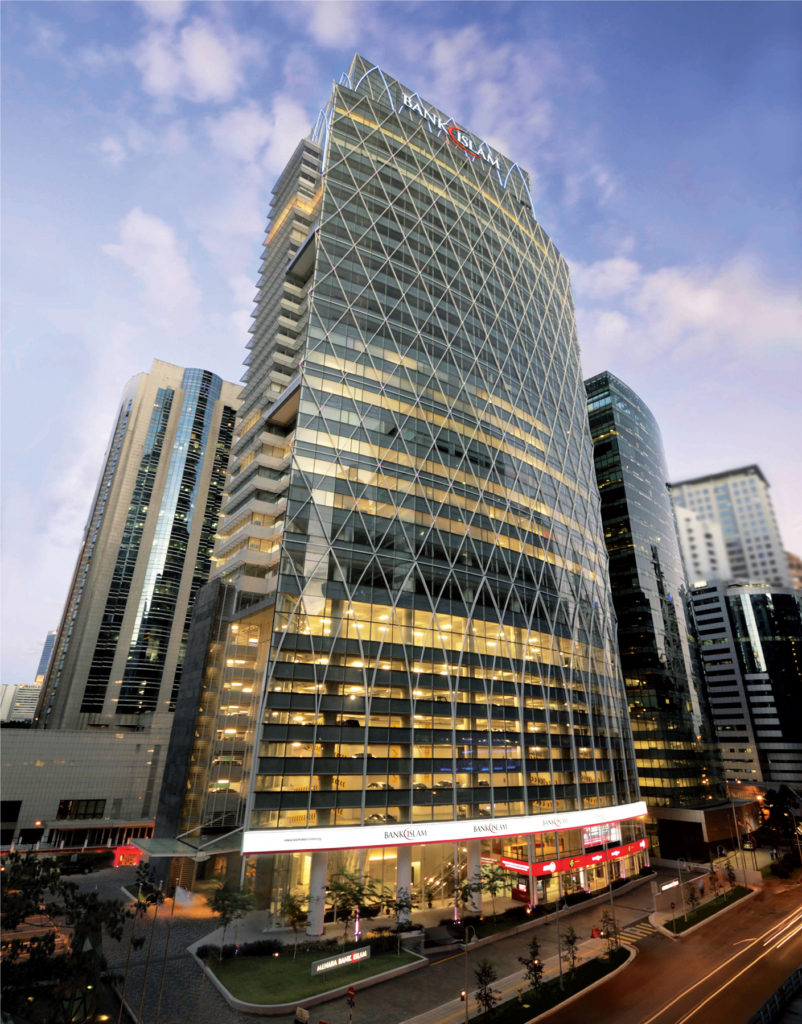 Bank Islam has enjoyed a steep ascent since its launch, such that by 2016—33 years after starting life—it was able to boast of a nationwide network of 145 branches, more than 4,500 employees and an enviable 5 million customers. Its progression throughout those years has not always been smooth, however. The years 2005 and 2006 will go down in the bank’s history as a particularly torrid period. That being said, the events of those years induced the bank to conduct a comprehensive, in-depth post-mortem on its failures, triggering a complete overhaul of its business strategy and eventually enabling it to emerge as a considerably more robust, dynamic financial institution.

It is worth briefly highlighting the sheer magnitude of the pain felt by Bank Islam during this time. 2005 saw declared losses amounting to RM 480 million (USD 126 million), the first time it had experienced a loss in its 22 years in operation. This was then followed by a whopping RM 1.277 billion loss in 2006. Provisions for nonperforming financings (NPFs) were chiefly responsible, standing at RM 774 million in 2005 and RM 1.5 billion in 2006, while at one point the bank’s nonperforming financings had reached as high as 20 percent on a gross basis. Thanks largely to poor credit management, shareholders’ funds were completely wiped out, while the bank’s cost-to-income ratio skyrocketed to 65 percent. The bank’s Labuan subsidiary was responsible for a significant chunk of the losses by providing foreign-currency financing to clients in high-risk countries such as South Africa, Bosnia and Sri Lanka. Substantial NPLs (nonperforming loans) from the automotive and property sectors only compounded Bank Islam’s problems.

The bank soon realised that a thorough restructuring was required. Initial reviews revealed a wholly insufficient credit-evaluation framework, in addition to weak loan-processing capabilities. Arguably the most glaring deficiency of all, however, was Bank Islam’s risk-management systems, which were simply too basic to support the increasing complexity of Bank Islam business.

The prime minister at the time, Tun Abdullah Ahmad Badawi, and the Central Bank of Malaysia requested the appointment of Zukri Samat, a Malaysian banking stalwart with more than 20 years of industry experience. Notable previous highlights of Zukri’s career until that point included time in charge of investments at Khazanah Nasional, the investment arm of the Government of Malaysia, as well as being a key figure in Danaharta, the government agency that helped Malaysia recover from the Asian financial crisis of the late 1990s. He accepted the position as Bank Islam’s new managing director in June 2006, when it was in the midst of its darkest days. With a clear mandate to radically transform the bank’s fortunes, Zukri immediately got to work—and his positive influence was soon noticed. He managed to align the group’s focus on quickly turning the bank around, in part by reinvigorating the workforce with fresh blood (some of whom had worked for Zukri in his previous roles), whilst also offering severance packages to those who preferred to leave the bank.

A three-year turnaround plan was implemented under Zukri’s leadership, which contained two broad strategic objectives to be achieved within a three-year timeframe: to return the bank to profitability, and to position the bank for sustainable growth. Measures were also implemented with an aim to deepen and strengthen the management of the bank; increase the robustness of the risk- and credit-management infrastructure; and improve operational processes.

In particular, the plan concentrated on five important areas:

In October 2006, the bank managed to convince two new shareholders, the Dubai Investment Group and Lembaga Tabung Haji, to pump in capital amounting to RM 1.014 billion to “stop the bleeding”. Through a subsidiary, Dubai Investment Group acquired a 40-percent stake in Bank Islam, while Lembaga obtained a 9-percent stake. A further RM 540 million was injected into the bank in 2009 to strengthen its capital base and fuel expansion.

With outdated hardware leading to frequent system outages and costly maintenance, the turnaround plan completely overhauled Bank Islam’s IT (information technology) infrastructure. This allowed drastic improvements to take effect throughout the bank’s service-delivery touchpoints, its security surrounding information flows and its customer-service efficiency. A new Enterprise risk-management system was established, which dramatically improved the bank’s ability to manage its credit risks, while a risk-appetite framework was also introduced, which today forms an integral part of the bank’s various business strategies. Ensuring that the risk culture was fully absorbed into the bank’s business culture, Zukri stated at the time that it had to be “driven by the top management through committed leadership”, which in turn would be achieved by “setting the right tone and ensuring that the appropriate behaviour is rewarded”.

Initiatives were implemented that sought to resolve the bank’s overall model, by transforming certain key business processes and ensuring the bank focused on engaging in business with which it was most familiar. In a bid to get back to basics, Zukri formulated the “3Cs” concept of credit, character and collection. The concept of building a “value-based organisation” was also promoted, with particular emphasis placed on developing core values including leadership, trust and professionalism.

A range of cost-saving measures were introduced. High NPLs in the bank’s car-financing portfolio were particularly addressed—according to Zukri, “For every three cars we financed, one went missing. So much so we had to take the decision to stop financing this segment for a while. Nine months later, we restarted the business after finding out what happened”. Zukri also considered outsourcing some of Bank Islam’s non-critical business units, such as ATM services.

Zukri’s post-mortem also exposed major gaps in the technical skills of the bank’s workforce, which was largely identified as being due to a lack of structured training programmes. As such, more than 2,000 employees were made to attend specific employee-training initiatives, including educational programmes and induction courses for new staff, while a more performance-based compensation system was introduced for all employees. Measures were also taken to reinforce the bank’s culture of risk awareness, with training given by risk-management, legal and compliance divisions. Adopting the motto “Risk management is everyone’s business”, Bank Islam managed to inculcate a risk-awareness culture throughout the business that ultimately enabled the bank’s workforce to more deeply understand the types of risks that could arise from certain situations, as well as their likely implications.

Zukri also observed that Bank Islam needed to be perceived by the general population in an entirely new, positive light. As such, an image overhaul was undertaken in order to reinvent the brand perception of the bank, an example being a change in its logo and the redesign of bank branches to give them a more modern feel. Efforts were also made to correct the numerous misconceptions the public had about Bank Islam, especially the notion that products and services were only available for Muslims. Sizeable marketing campaigns were initiated to ensure that the public realised that Islamic banking was for all citizens. Some of the specific measures that were implemented included the consistent public-awareness efforts of Bank Islam’s presence, through the bank’s extensive participation in conferences and forums; aggressive advertising of its products and services; widening the network by opening branches in typically non-Muslim locations; introducing innovative products that would appeal to non-Muslim customers; and pushing its customer-service delivery over and above the standards being delivered at peer banks.

In addition, a recalibration of the bank’s customer service was undertaken. Customer loyalty was developed through the implementation of programmes that enhanced the customer’s banking experience, along with the initiation of customer-care programmes, some of which provided much-needed support to those customers who were enduring financial hardships by restructuring their outstanding repayment commitments. 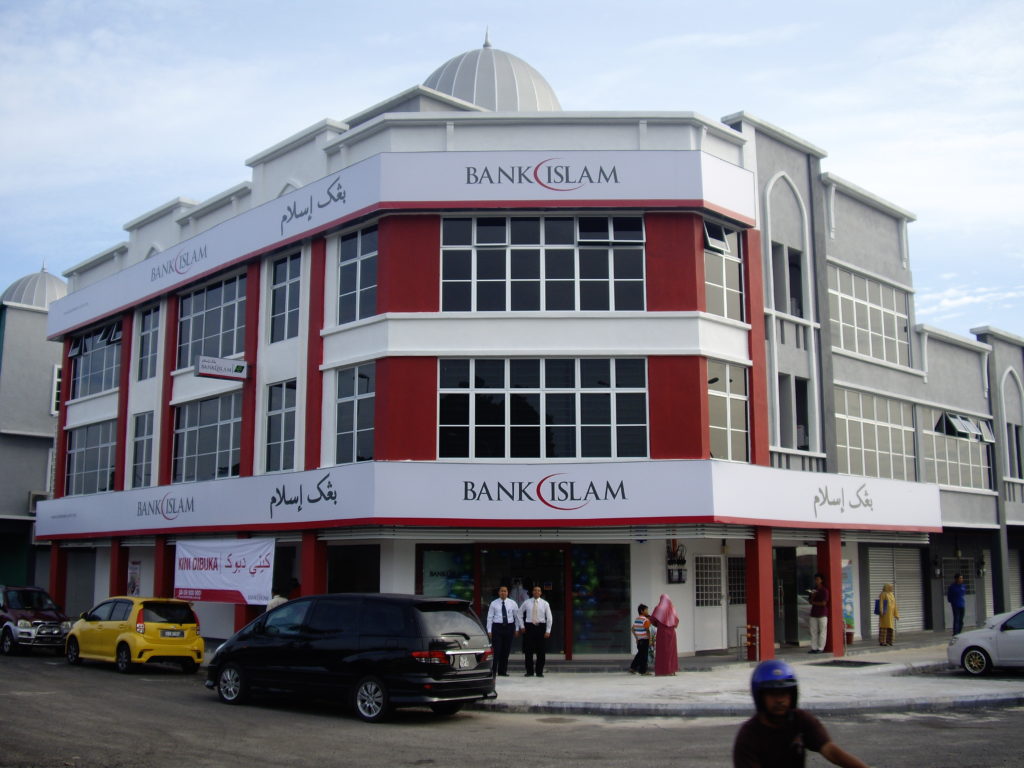 Bank Islam’s attempts to build confidence in the institution were not solely confined to the general public, moreover. The bank’s employees were encouraged to express their thoughts and concerns to management about the ongoing transformation, so they could fully understand their roles during this time of change. Stakeholders also needed to be reassured that the steps being taken by Zukri, et al., were positive ones, which meant that meetings with clients, regulators and politicians were frequent.

Under Zukri, Bank Islam’s hard work paid off. By the end of the 2007 financial year, it had recovered to such an extent that it was posting its highest annual profit before tax (PBT) ever recorded up until that time of RM 256 million. Furthermore, the bank managed to eclipse the RM 1 billion mark for total revenues for the first time ever, while net nonperforming financing also declined sharply to 8.8 percent from 12.2 percent posted in the previous year. By the end of 2016, the bank recorded RM 720 million in PBT with net nonperforming financing (NPF) at -0.75 percent. Enough evidence had thus been gathered by this time to suggest that Bank Islam was almost back to its best.

Indeed, it has not rested on its laurels since completing the turnaround plan—on the contrary, it has continued to stay ahead of the curve and is now among the most innovative banks in Malaysia. For instance, it was the first Malaysian bank to introduce new Islamic offerings such as the award-winning Transact-at-Palm Mobile Banking-i (TAP-i), as well as being the first to launch University Debit Card-i (UniDebit), which not only functions as a conventional debit card but also provides library-access and university-identification functionalities. A more recent example is its collaboration with PETRONAS, in which Bank Islam Visa Debit Card holders can now withdraw cash with zero fees at PETRONAS petrol station counters in several states in Malaysia.

Today, Bank Islam can proudly state that it is the biggest standalone Islamic bank by asset size in Malaysia. While maintaining its core Muslim customer base, the bank continues to broaden its portfolio of products and services in order to appeal to an ever-more diverse cross-section of Malaysian society. What’s more, this diversity extends to Bank Islam’s workforce; as Zukri underlined in 2013, “It is an achievement for us to be able to attract talent regardless of race and religion, as we realised we need talent from all sorts of people. As long as you can contribute to the bank, you will be hired”. The bank’s momentous 34-year journey, complete with dizzying highs and critical lows, has made it a fitter, stronger and more experienced banking entity, one that continues to strive for excellence, while providing a shining example to institutions worldwide—Islamic or otherwise—of how to successfully overcome perilous times.

Three Years on from the Royal Commission: Has...

What is Driving Customer Centricity in...

From Competition to Collaboration: Shifting Perspectives...

Three Years on from the Royal...