Top Posts
Why the Status of the Fifth-Largest Economy Is a Job...
Syrian Economic Outlook Dims as Internal Conflict, Resource Theft and...
Unwinding the Unconventional Monetary Policy in Japan
Three Significant Payment Trends in 2022
Recessions Hurt: Does the Data Show That the World’s Major...
Every Organisation Should Be Aware of Invoice Scams
Home Banking Trust in UK Banking: Flight of Fancy or Within Our Grasp?
Banking 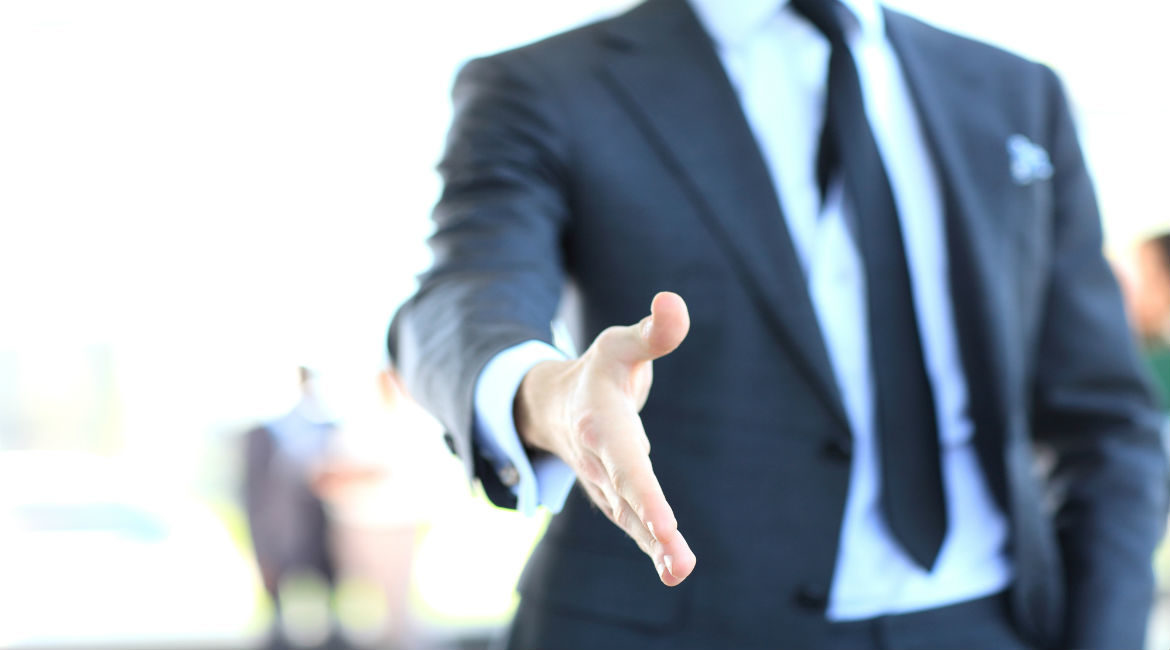 By Roger Mullin, Founding Director of Momentous Change and Honorary Professor at the University of Stirling Management School

Eleven years after the collapse of Lehman Brothers and its aftermath, UK banks have failed to adequately rebuild public trust. Despite changes to the regulatory environment, bad practice continues.

On July 8, 2019, Deutsche Bank demonstrated a good way of losing trust amongst its employees. As immediate redundancies were being announced in London, the BBC reported that some workers had been sent home and that others were being left in limbo, quoting one staff member saying, “They haven’t told us…. It’s all done on a need-to-know basis”.

Research indicates that in large organisations, trust systematically diminishes the further groups are from one another in the hierarchy. However, there is huge variation amongst organisations in the extent to which trust is lost. In organisations that have strong, accurate and transparent internal communication combined with effective face-to-face engagement, the loss of trust is much less than in organisations in which internal communication is on a “need to know” basis and in which face-to-face engagement is replaced by impersonal approaches. Information received by text or email alone in many cases infuriates more than it effectively informs.

But there is another and arguably more serious concern about trust for banks that needs addressing. Banks are skilled at losing the trust of their customers. They also find it extremely difficult to rebuild trust once it is lost.

Take the example of RBS (Royal Bank of Scotland). Its current chief executive has, in many respects admirably, stated that a key goal is to become the most trusted bank in the United Kingdom by next year. But as the author Ian Fraser puts it in the latest edition (May 2019) of his magnificent book Shredded: Inside RBS, The Bank That Broke Britain, “That is going to be a flight of fancy unless certain behaviours—such as lying to parliamentary committees and winning court cases that lead to the crushing of customers through Machiavellian ploys or deceit—are stamped out.”

For readers of International Banker, I need not dwell long on the point that trust is critical to banking. Suffice it to recall the words of Mark Carney in 2013 before taking up his leadership of the Bank of England (BoE). Pointing to the critical challenge posed precisely because of a lack of trust in banking and bankers after the crash of 2008, he argued that fixing the problem could not be successfully undertaken solely by the financial-reform agenda. It needed fundamental cultural change. It was, he argued, “Ultimately a question of individual responsibility… (because)… integrity cannot be legislated, and it certainly cannot be bought”.

I appreciate, too, that it has not been only banks themselves that have been part of the problems. Regulators and politicians also have responsibility for what the Financial Times’ Martin Wolf has termed “the grotesque hubris and incompetence displayed” by everyone involved, all of which served to further destroy trust. Indeed, theTimes reported in January of this year that the UK government led by Prime Minister Gordon Brown and Chancellor Alistair Darling were directly involved in some of the worst banking behaviours.

As Ian Fraser records, “It emerged that the Asset Protection Agency, an arm of the UK Treasury established by Chancellor Alistair Darling, was, between 2009 and 2012, pushing RBS to be even more aggressive in seeking out and orchestrating asset seizures.”

This led to large numbers of sound, viable businesses being asset-stripped, the legacy of which remains a key factor in continuing low levels of trust, particularly amongst many businesses. It has led to the rise of campaigning groups seeking justice from banks, including the very active All Party Parliamentary Group on Fair Business Banking in the UK’s Westminster Parliament.

It has been an unedifying experience. The creation of an environment that led to the conclusion that banks such as RBS were too big to fail, too big to be properly held to account and too big to prosecute must lead us inexorably to the question: What is to be done?

Changes such as the introduction of the Senior Managers Regime (SMR) in 2016 have not resolved the problem of trust. As a major survey in August 2018 by YouGov revealed, 66 percent of the British public don’t trust banks to operate in the interests of society as a whole, and 72 percent believe banks should have faced more severe penalties.

It is now 2019, and trust remains a major issue. Leaving to one side the disappointing approach of the Bank of England in 2013 after the initial hopes for the new leadership of the bank, and the much-criticised role of the Financial Conduct Authority (FCA), what can we do? How can an environment be created in which banks can no longer pay lip service to addressing the fundamental cultural problems they continue to face, particularly if the regulator fails to regulate effectively? Indeed, would regulation as currently understood be sufficient, even if robustly implemented?

I have, regrettably slowly, come to the view that no amount of cajoling is going to resolve the problem. I also think we need to look beyond regulation. If both cajoling and regulation have demonstrably failed over the last 11 years to create the necessary culture change to restore trust, there is no logical reason to expect the solution lies there.

Although there are a number of ideas currently floating around, I should like to argue for two. The first harks back to the views of Mark Carney in 2013 when he pointed to the importance of accepting individual responsibility and acting with integrity. The second relates to the types of communication and engagement banks should have with their customers.

When I was a member of Parliament, I argued that there was a case for imposing a duty of care on banks, particularly in their dealings with SMEs (small and medium-sized enterprises). In retrospect, it wasn’t enough then, and it won’t be enough now. I also argued that the critical issue was around cultural change, without which effective progress would be impossible. However, at the time, I harboured considerable uncertainty about how this would best be achieved given the strong internal resistance within many banks to anything other than rather cosmetic approaches.

I revisited some of my early thinking after listening to a speech by Nick Macpherson (Lord Macpherson of Earl’s Court). He was Permanent Secretary to the UK Treasury from 2005 to 2016, covering the most turbulent years. Although I would take issue on some issues regarding his stewardship at that time, what was particularly interesting was his discussion of his new role as chairman of C. Hoare & Co. It is the second oldest UK bank with a highly regarded ethical approach. But it was his discussion of its uniqueness as the only UK bank established on an unlimited liability basis that I found most interesting.

If all banks operated with unlimited liability (as is the case with countless numbers of their customers), it would create a very different environment, incentivising shareholders to hold boards and executives to more rigorous account. It would remove the assumption that leading bankers were too important to prosecute. They might even begin to practice what they preach to their customers, including their business customers.

Yes, there would need to be legislation to ensure that unlimited liability did not excuse banks from the highest standards of reporting and transparency in the UK. But it would do more in terms of addressing the leadership and governance environment than tinkering with regulation.

But there is more that needs doing. Currently, annual reporting is focused primarily on traditional financial reporting. But the issues that contributed to the catastrophe of 2008 and thereafter were not merely technical or financial in nature; they were, as we have already argued, cultural, too. The prevailing culture in banks led toa “dash for cash”, quashing any desire to treat customers fairly. Many business customers were fully meeting their obligations, such as loan repayments, and thought they were safe from any rapacious behaviour from their banks. Sadly, despite the businesses meeting such obligations, many were targeted by their banks, and businesses were destroyed.

The way in which banks treated their business customers has been fundamental to a loss of trust. And, remember, this is a tale not of a single rogue bank; there were many banks involved in unethical behaviour.

My proposition is that this issue lends itself to requiring banks to articulate an approach known in the popular phrase of Carol Weiss as a “Theory of Change”. Thus banks should set out their long-term cultural goals, such as establishment and maintenance of high levels of ethical behaviour towards staff, customers and shareholders, and the establishment of high levels of trust. Working backward, they would describe the set of assumptions that explain the steps that lead to their long-term goals and the activities and outcomes along the way. The logical connections of the assumptions, activities and outcomes would include commentary on the three quality-control criteria of the Theory of Change (ToC) of Anne Kubisch et al.: Plausibility, Feasibility and Testability.

Given change is an ever constant, it would make sense to have this as a required feature of annual reporting. To satisfy the requirements of testability would include setting clear and measurable approaches benchmarked against others. This would enable much more purposeful debates to take place around whether or not cultures were truly changing for the better.

A change to unlimited liability together with annual reporting based on a “Theory of Change” would help achieve the aim of banks becoming recognised as highly trusted institutions built around strong ethical values. It would no longer be “a flight of fancy” to be highly trusted. Isn’t that a prize worth striving for?

Great article by Professor Mullin – and highly pertinent given the continued issues in this sector, particularly in the UK

A highly pertinent article given the continued issues in this sector, particularly in the UK