Top Posts
Could Big Tech’s Iron Grip on Digital Advertising Soon Come...
Can Recent Oil Discoveries Prove to be a Boon for...
Is It Time to Explore an Alternative to Fractional-Reserve Banking?
Can AgTech Prove Instrumental in Helping to Feed the World’s...
Can the Indo-Pacific Economic Framework Expand US Economic Influence in...
Banks Remain Uniquely Vulnerable to Sophisticated Cyber-Attacks
Home Banking UK Retail Banking Sector Faces 18-Month Investigation
Banking 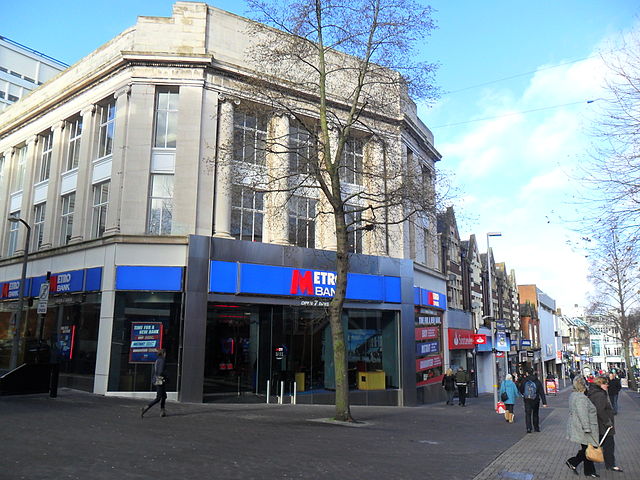 The UK Competition and Markets Authority has declared that it is preparing an investigation into the local retail-banking industry, arguing that what banks are offering their customers falls short of customers’ expectations. The decision follows two surveys the watchdog carried out with regard to how banks treat small- and medium-sector players.

The research found that there are still very high entry barriers for small- and medium-retail banking businesses, and that the market share of the biggest players in the retail-banking field has not changed in any noticeable way recently — except when acquisitions were involved, Banking Technology reports, citing the CMA’s conclusions from the studies.

What’s perhaps more worrying is that market share does not seem to depend on the levels of customer satisfaction; the CMA points out that even though some smaller retail banks serviced their clients better, this did not have any effect on their share of the market. As for large banks, the authority discovered that it was difficult for customers, both individual and corporate, to distinguish between the benefits different banks offered, further obstructing effective competition.

Naturally, the market leaders have been loud in opposing the planned probe, claiming they can do a better job improving transparency in the sector. What HSBC, Barclays, Lloyds and RBS have proposed is to set up a comparison website, where customers and corporate clients would be able to see for themselves what the differences regarding various retail-banking services are. Furthermore, the banks have suggested devising new account-opening standards that would facilitate switching between banks for small and medium businesses.

Smaller banks, conversely, have welcomed the CMA’s plans for a full-fledged investigation. The chief executive of one such bank, Metro Bank, which has a regional business in Southeast England, said that a regulatory investigation will “level the playing field”, which will improve competition in the banking industry. Competition, for its part, will strengthen an industry hit hard by the financial crisis.

In a separate research, Ipsos MORI found that UK consumers tend to be happier with their supermarkets than with their banks. Comical as this may sound at first, it shows that the retail-banking sector in the country leaves a lot to be desired. The survey results showed that although 66 percent of the 1,000 respondents said they were happy with what their bank offered them, the proportion of people happy with their supermarket was 12 percent higher.

Analyzing the results, the researchers concluded that part of the reason was that banks offered far fewer rewards to their loyal customers than supermarkets. The former rewarded just three percent of their regular customers, while the latter provided incentives to 38 percent. Once again, it may seem as if Ipsos MORI is comparing apples to oranges, but in an increasingly integrated business world, retail banks might do well to consider ways of keeping their customers loyal. After all, this would help make a bank more competitive, and more competition is what the government and smaller banks want. Meanwhile, the CMA is going forward with its investigation, collecting submissions until September 17.