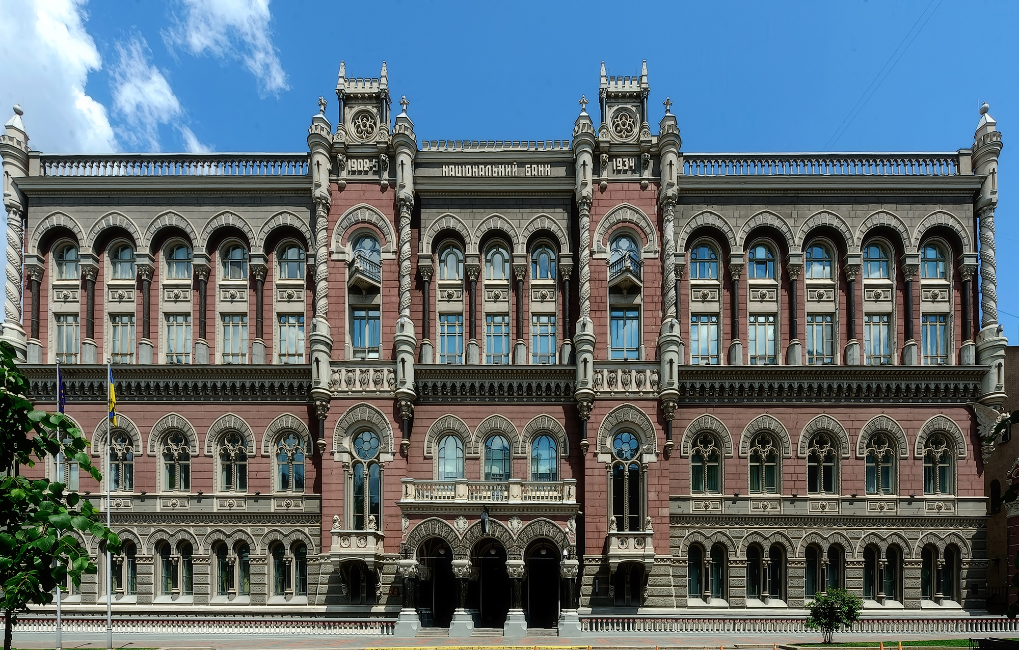 So, it all seems to have been something of a false dawn. A banking system rife with corruption and money laundering as recently as seven years ago was given a new lease of life thanks to a comprehensive clean-up of the sector from the top down. But just as the Ukrainian banking sector was about to spread its wings, a devastating war set it back considerably. Or has it?

Inarguably, Ukrainian banking was in its best shape in a long time just before the outbreak of a brutal war with Russia on February 24, largely concentrated in the country’s eastern Donbas region. Last year, the sector posted all-time high profits of $2.85 billion, while its nonperforming loan (NPL) ratio achieved a spectacular 11-percent reduction during the 12 months to reach 30 percent and extend a long-term declining trend in bad debt that began in 2016. Banks were also subject to more regulations, submitting themselves more frequently to stress tests to determine their resilience. As finance lawyer Oleksander Plotnikov of Arzinger Law Firm in the capital city Kyiv remarked in early May, last year was the Ukrainian banking sector’s most successful year since the 2008 financial crisis, as the stellar financial results of its leading lenders and core sectors of the economy meant that 2022 could be looked upon with immense hope for further European market integration.

“However, these optimistic expectations have been severely affected by the Russian invasion of Ukraine,” Plotnikov wrote for the International Bar Association. “It is expected that the drop in Ukrainian gross domestic product in 2022 will be at least 30 per cent in comparison with 2021. Moreover, it is reported that around 85 per cent of businesses in Ukraine have been affected by the war. Thus, it is inevitable that after the situation in Ukraine stabilises, many businesses will require debt restructuring and financial support.”

Nonetheless, the vast experience Ukraine’s top financial professionals have garnered in combating serious industry challenges and cleaning up the sector over the last few years undeniably helped the banking system restore stability immediately after the outbreak of war on February 24. Its actions within the first few weeks were particularly crucial in helping to steady a potentially volatile situation for Ukrainian lenders and their customers. Despite the liquidity shock banks experienced during the first couple of days of the war, banks offset this decline by withdrawing deposit certificates, while the central bank pumped in more than UAH 78 billion (around $2.1 billion) on February 24 and 25 to stabilise the banking sector’s liquidity position as well as impose strict capital controls to limit the outflows of reserves from Ukraine.

“It soon became clear that the system was stable and working relatively well, and excessive liquidity had started returning to deposit certificates by March. Since then, the banking system’s liquidity level has been growing. By May 23, outstanding deposit certificates reached UAH 188.4 billion compared to UAH 58.0 billion on February 28,” Dmytro Boyarchuk, the executive director of CASE (Center for Social and Economic Research) Ukraine, explained in a June 7 article for London-based news platform Emerging Europe, adding that confidence in Ukraine’s banks had been maintained among both businesses and households. “In particular, in March the level of household deposits in the national currency increased by 15 percent. Deposits in foreign currencies dropped but only by one per cent. Enterprises decreased both hryvnia (-0.1 per cent month-on-month) and foreign currency deposits (-7.7 per cent) but mainly under the pressure of financing operational needs.”

And even through the second quarter (Q2), the Ukrainian banking sector remained a beacon of resilience for the country in terms of its overall performance, despite everything else seemingly collapsing around it. While the war has undoubtedly negatively impacted lenders’ net income, the National Bank of Ukraine (NBU) has highlighted in its “Banking Sector Review” for August that the aggregate operating result remains positive. Indeed, pre-provision operating profits for the sector swelled to UAH 33.5 billion during the quarter from the UAH 23.5 billion recorded a year earlier, with operational profitability largely achieved due to the crucial “cost-cutting efforts” initiated by key lenders.

Sector liquidity also remained high in Q2 despite the war, the NBU noted, with the volume of client deposits in banks increasing primarily due to hryvnia retail deposits and foreign-exchange (FX) corporate deposits. Indeed, client deposits remain the main source of funding for Ukrainian lenders, according to the central bank, with their share of total bank funding standing at more than 88 percent. In early September, moreover, the deputy chair of the central bank’s board, Vasyl Furman, confirmed that the amount of capital in Ukraine’s banking system had increased by UAH 224 billion ($6.07 billion) since the war began in late February.

Total assets were also 3.3 percent higher in the second quarter compared to the first quarter (Q1), thus approaching pre-war levels. Although net hryvnia corporate loans rose by 5.3 percent quarter-on-quarter, net FX corporate loans decreased by 7.2 percent in dollar terms. And thanks mainly to state-owned banks, growth in domestic corporate lending jumped by a whopping 30 percent from Q1. Banks have also transferred billions of dollars’ worth of local-currency earnings to their reserves pile in order to cover losses linked to the conflict that may arise in the future. As of the end of June, those reserves were calculated at $2.4 billion.

The NBU’s rate hikes this year have been instrumental in boosting the banking sector’s profitability. In June, its key policy rate was lifted from 10 percent to a seven-year high of 25 percent, and it has indicated that rates may remain at this elevated level until Q2 2024. OTP Bank’s chief financial officer (CFO), László Bencsik, for instance, said during an August 11 earnings call that the rate hike was crucial in boosting the Ukrainian unit of the Hungarian lender’s operating performance, allowing it to earn on deposits placed with the Ukrainian regulator. This secured “a decent operating profit” for the unit, allowing it to absorb a relatively high level of risk costs without making the bank loss-making, Bencsik added.

The banking sector’s stability has also been promoted via the introduction of a new law in late July designed to lend further support to the country’s financial sector during wartime. Measures include equipping the central bank with more powers, particularly when reconstruction occurs after the end of warfare. During this period, the NBU will maintain state agencies’ accounts for meeting the needs of the state in repelling armed aggression against Ukraine, alongside administering charitable donations and humanitarian aid. It also gives credit unions the ability to suspend and resume activity while martial law is in effect. This is to prevent a run on the sector that would lead to an insolvency crisis and thus enables depositors at credit unions to keep their savings. And the law abolishes the requirement to guarantee pecuniary claims and rights to claim fulfillment of contractual obligations by first-class banks for the purposes of foreign investment, thus removing an obstacle to entrepreneurs seeking to restructure debts.

But as expected, the war has put considerable strain on Ukrainian lenders, and cracks are already beginning to show despite their laudable resistance. Indeed, significant provisions against expected wartime losses led to an operating loss of UAH 4.5 billion in Q2 alone, with 24 banks coming in as loss-making, and UAH 4.6 billion since the beginning of the year. Raiffeisen Bank International (RBI), for example, recorded a net €28-million loss for its operations in Ukraine for the second quarter, which followed a hefty €41-million loss in the first quarter. Impairment losses on financial assets also climbed by 17.3 percent between the first and second quarters to reach €201 million. “Assuming no expansion of current battlefields and situation remaining largely ‘stable,’ we do not expect significant additional risk costs in H1’22. Rather we feel that we are more or less done for this year,” an RBI spokesperson said.

And the NBU has noted that banks ramping up their provisioning for their performing retail-loan portfolios has led to a resurgence in nonperforming loans (NPLs). As of August 1, the sector’s NPL ratio rose by 2.6 percent to reach a hefty 29.7 percent, with NPLs rising by UAH 24.2 billion in July. Given that the sector made monumental efforts to reduce the NPL ratio in its credit portfolio from 41 percent to 30 percent last year and then by a further 2.9 percent to 26.6 percent in February, the sharp reversal is a disappointing reflection of the war conditions that have engulfed the country. Nonetheless, the current NPL ratio remains below pre-2021 levels, reflecting just how much the Ukrainian banking sector had progressed until February of this year.

Looking forward, the further erosion of income as a result of the continuation of the war seems inevitable, which means that a marked slowdown in customer deposits is all but guaranteed. The country’s economy has lost over a third of its output, with each of Q1 and Q2 experiencing just shy of a mammoth 20-percent contraction quarter-on-quarter. “Losses from the materialization of credit risk will continue to grow. The financial institutions are gradually recognizing their credit losses and reflecting the fallout from adverse events—the loss of income, the destruction of assets and collateral, the deterioration of borrower solvency—in the quality of their portfolio,” the central bank noted in its August review. “The NBU encourages banks to assess credit losses in a timely manner, to fully reflect the impact of adverse events on asset quality, and, if possible, to carry out balanced restructurings that will help normalize borrowers’ debt burden and make the banking sector more stable.”

But despite the expected approaching deterioration, Ukraine’s banking sector has proven itself a symbol of defiance throughout this conflict. “Survival and victory require Ukraine to have a strong economic backbone and a reliable financial system. Thanks to tremendous efforts, we have managed to ensure the stable operation of the banking system,” Kyrylo Shevchenko, the NBU’s governor, wrote in a September 12 piece for the Financial Times. “Customer payments are being made without interruption. We have prevented deposit outflows. In fact, hryvnia retail deposits have risen by 31.7 per cent, equivalent to almost $3.7bn, since the outbreak of hostilities. Lending to strategically important sectors continues. The hryvnia corporate loan portfolio has expanded by 6.5 per cent or nearly $1bn.”

As impressive as such figures are, however, the lack of an immediate cessation of hostilities suggests Ukraine’s banking sector has a steep uphill battle in 2023, especially if it is to achieve the same degree of stability that it has managed this year.