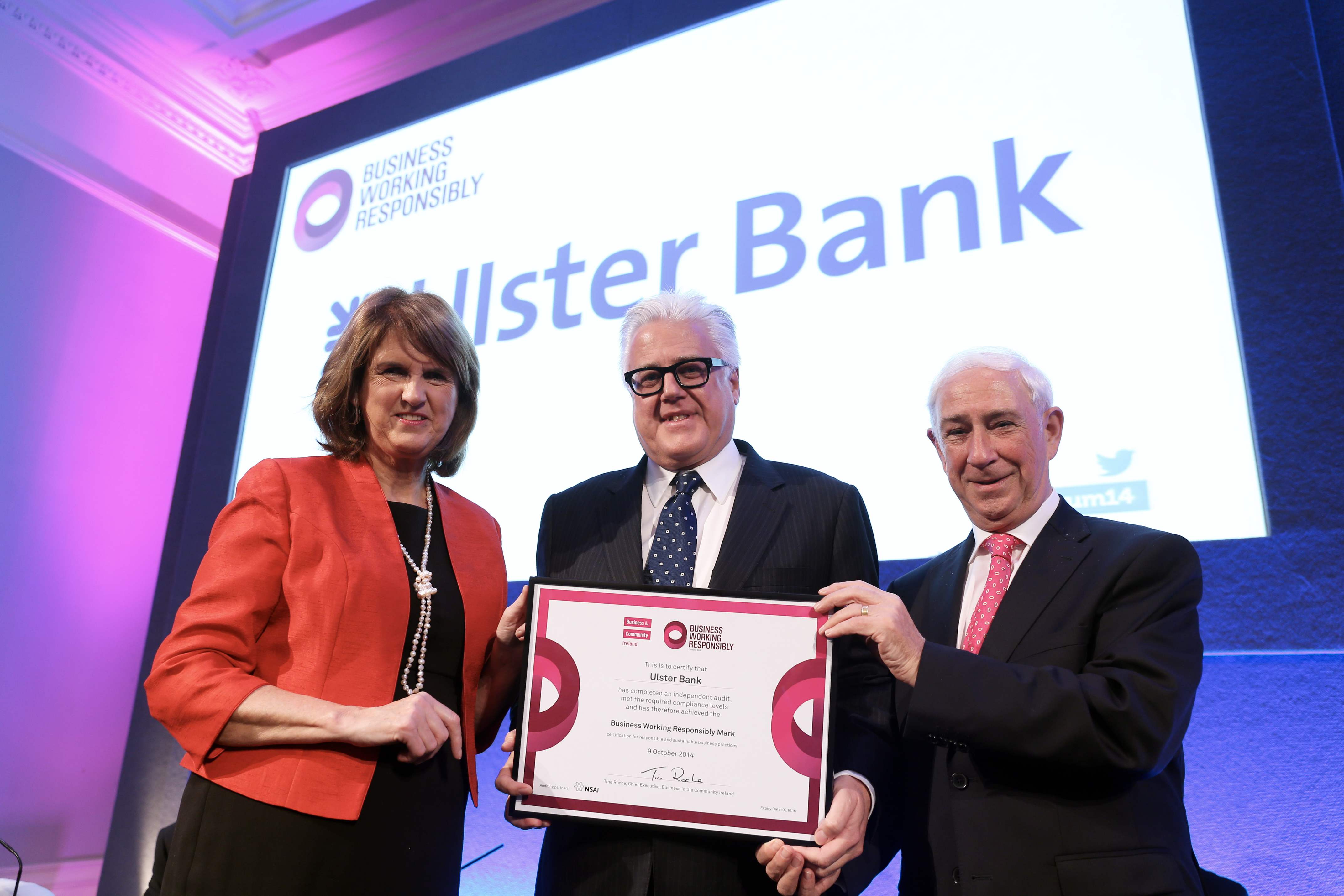 After a very strong 2014, Ireland is growing again and the positivity that this brings is visible across the island of Ireland. We begin 2015 with this strong foundation and a clear opportunity after the challenges of the last six years. Across the island, economic indicators are moving the right direction and when final figures are reported for 2014, it looks likely that GDP will have grown by around 4.75 % in the Republic of Ireland and around 2% in Northern Ireland. This year, the Republic of Ireland is tipped to be the fastest growing economy in the Eurozone, with GDP growth of 3.5% or more and Northern Ireland is expected to see growth of around 1.7%.

These indicators are reflected in banking and our sector has turned a corner. At the time of writing, Ulster Bank has had three consecutive quarters in profit, enabling us to return to a much stronger position of lending and supporting our customers whether they are a start-up business, larger multinational or retail customer.

Today there is a very real sense of optimism about future prospects. In both the Republic of Ireland and Northern Ireland, economic recovery is gathering momentum. Companies are investing in their future, hiring new employees, entering new markets and investing in new premises, technology and services, all with a positive ambition that helps ensure this island is one of the best places in the world to do business in. Growth is taking place right across the spectrum, from new start-ups and SMEs to large multinationals. And that is to be welcomed because it means we are building a long-term sustainable economy comprising a broad range of both domestic and international businesses across a range of sectors.

Lessons have been learned since 2008. Businesses are identifying the opportunities that are there to seize but before taking action, they are doing their homework more thoroughly than ever, looking at options, running the risk scenarios, before making informed decisions. 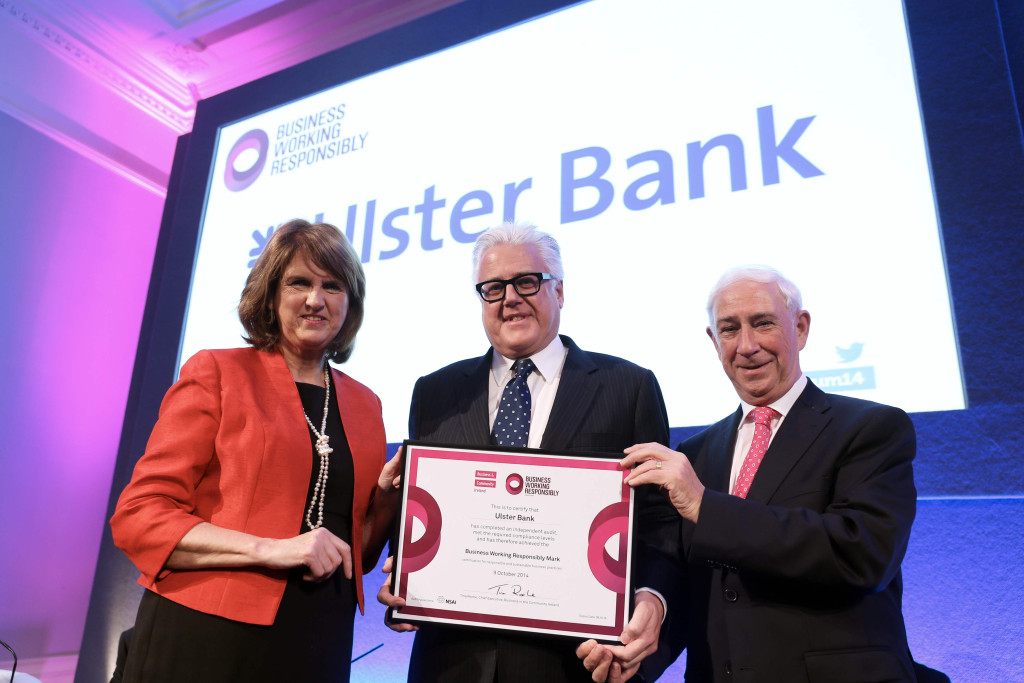 At Ulster Bank, we are doing the same. We are optimistic for growth, built on taking a well-researched and prudent approach to supporting businesses with a clear business plan and a strong business case. We also fully recognise that we are competing every day not only to attract new customers, but to retain the ones we already have. Across RBS including here at Ulster Bank, we are determined to be set apart from our competitors due to the strength of our relationships and the excellent quality of our customer service. That involves building and earning the trust of our customers and the trust of potential customers. Our commitment to do this shapes everything we are doing and how we do it, with openness, integrity and sustainability.

Peeling back the macro-economic statistics, it’s important to understand where the growth is coming from and what’s driving it. Ireland’s economy is built primarily of SMEs – they account for over 99% of enterprises in the country and over half of private sector employment.[1] These domestically grown businesses are the life-blood of our economic future and this is where much of the bank’s day-to-day interaction takes place.

We’ve seen significant demand from our agri-food businesses, which make up the island of Ireland’s largest indigenous sector. We expect this growth in demand to continue throughout 2015. Ireland has become a food island and the high quality of our dairy, beef and food service sectors is world-renowned. Just at the beginning of this year, Ireland reached a deal with the United States to be the first European country to return to full access for its beef in the US market after the US lifted its ban on European beef imports.

Ulster Bank is supporting this sector with dedicated expertise and finance. We have in-depth understanding of the challenges facing the sector, from Common Agricultural Policy (28) reform to commodity price movements and following specialist training, 28 of our business advisors have become the only independently accredited experts in agri-finance in Ireland. Combined with our fast-paced focus on developing specialist propositions to support business growth, many of our customers’ end products, are rapidly becoming household names in the UK, US and other European markets.

Our energy industry is also one to watch. Ulster Bank’s expertise in this area goes back to our support for some of Ireland’s first wind projects in 1997 and it remains a key area for us. Against the backdrop of ongoing changes towards single electricity and gas markets at a European level and regulation to reduce climate change, we’ve seeing significant developments in the renewable energy sector. This is supported by investment from banks like Ulster Bank and we expect this area to accelerate its growth in 2015. 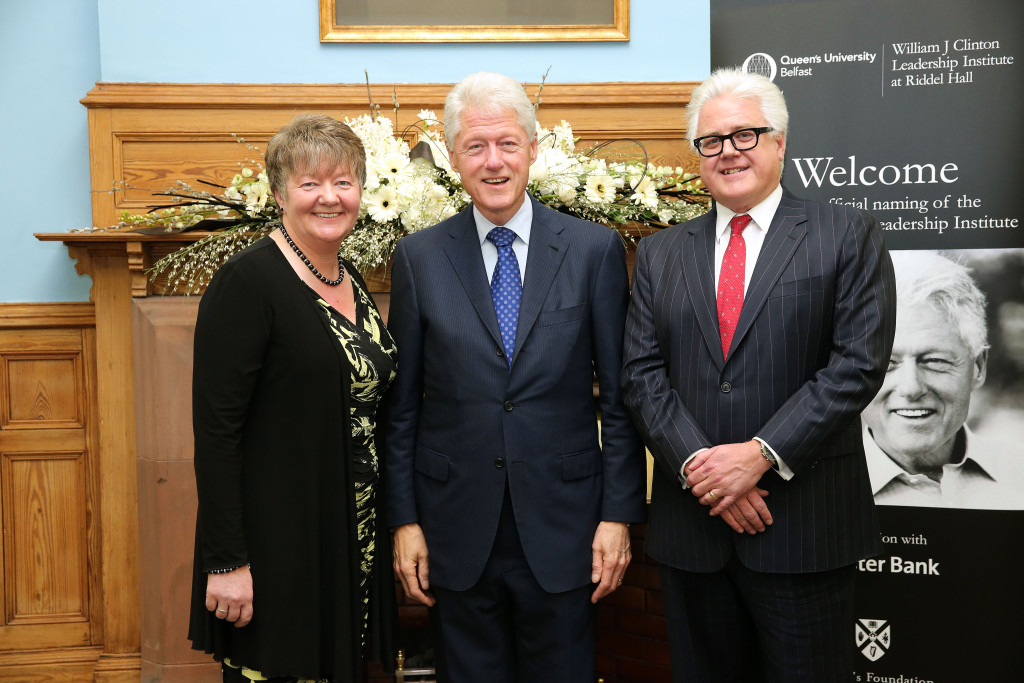 As an island, exporting is essential to our sustainability and growth. In 2014, we saw businesses working harder and smarter than ever before when it comes to deciding which direction to go in. The overall volume of our exports has grown by over 2% but there is considerably more potential for growth. As a New Zealander and having worked across Asia, I would like to see greater push to pursue opportunities in China and India, two of the biggest and fastest growing economies in the world.

Ulster Bank works closely with our customers to support these overseas growth opportunities, bringing our experts from across the Royal Bank of Scotland network together and through our local relationships with Ireland’s many trade associations such as the Irish Exporters Association, Bord Bia and Northern Ireland Food & Drink Board. Our main markets remain the US, the Eurozone and the UK and notably for 2015, the US economy is expected to grow strongly as is the UK, albeit with some questions over the sustainability of the pace of this growth. Of greater concern is the relatively poorer performance of the wider Eurozone area with lower growth which is still seeing some areas of increasing unemployment and falling prices.

The greatest difference in 2014 has been the return of growth in the Republic of Ireland, particular in the areas of construction and retail. These areas are driving an increase in employment and tax returns as well as a decline in unemployment to under 11%. Job creation has picked up with unemployment now below the Euro area average of 11.5% and is forecast to fall below 10% in 2015 for the first time since January 2009. In Northern Ireland, unemployment at the end of 2014 stood at 6.3%, a decline from 7.6% over the year. That should dip below 6% in 2015. There is no doubt that consumer confidence is on the up, albeit at a more cautious pace than during the boom. The positive impact of this is an extremely welcome development in driving a geographically widespread recovery across the island. 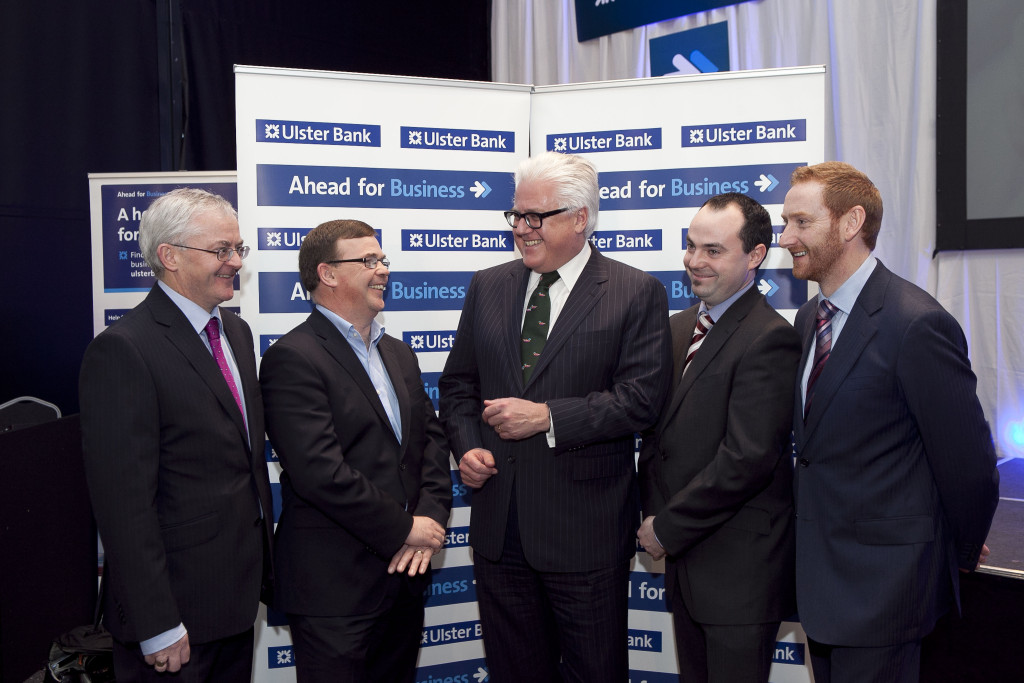 It’s not just domestic companies that have returned to growth across Ireland. Foreign Direct Investment is growing. Our reputation as a hub for businesses looking to enter the Eurozone has resulted in both international funds establishing new Irish entities and in existing international businesses expanding further. 2014 saw significant investment taking place in knowledge intensive sectors such as technology and software development, medical devices and in Northern Ireland also in legal outsourcing and financial services.

The Republic of Ireland has exited the recession with a clear plan and a reputation as a good country to do business in. This was clearly evident at the end of last year when Dublin played host to the 4th Dublin Web Summit, an event which attracted over 20,000 attendees from the global technology industry. On one day alone, over 400 highly skilled jobs were announced in eight IDA-supported tech firms across Dublin, Cork and Galway.

The combination of a favourable business and tax environment with a young, well-educated workforce is key to companies locating here. Northern Ireland has become the leading UK region outside of London for attracting inward investment. I would expect this position to be further strengthened in 2015 following the positive outcome from the pre-Christmas Stormont House Agreement which has set out plans for economic and political reform, including a proposal to lower corporation tax to 12.5% by April 2017.

What this means for the banking sector in Ireland

The Irish banking sector experienced a period of significant contraction following the global financial crisis. We operate in a much more tightly regulated environment than ever before but importantly, as an industry, we have also taken measures to ensure we manage ourselves to the highest possible standard.

At the height of the crisis, many banks were highly leveraged and when the market turned, losses were on a scale not seen in modern banking. Over the last number of year, the banking sector has worked to deleverage balance sheets in tandem with raising capital levels. Progress on this activity across Europe was evident in the ECB’s Asset Quality Review process and the equivalent Bank of England review at the end of last year, which showed strong progress for Ulster Bank across the Island of Ireland.

The positivity and confidence that is returning to our island is obviously having a positive impact on our business but we have not been complacent in recognising the need for us to do things differently. As a result of the recession and the loss of confidence in the banking sector, we have had to take a close look at our industry and our individual businesses from top to bottom and make significant changes.

Education is a focus that I am pleased to be driving as part of my role as President of the Irish Institute of Banking. The Island of Ireland is the only market in Europe to currently offer a Certified Bank Director programme, to provide both executive and non-executive directors of the main and subsidiary boards in banks with an understanding of the unique governance challenges they will face. The programme draws closely on lessons from the banking crisis, looking in particular at capital, credit, risk and funding.

There is a clear opportunity for Ulster Bank.

In the Republic of Ireland, there is great potential for Ulster Bank to become strong challenger to the two domestic pillar banks of AIB and Bank of Ireland and to consolidate our market leading position in Northern Ireland. In Ulster Bank, the biggest change we are making is one that’s taking place right across the RBS group, led by CEO Ross McEwan to rebuild trust between our business and the customer. We will keep the customers we have by building strong and open relationships with them and we will attract more customers through this approach of building the best bank for customer service, trust and advocacy on the island of Ireland. Our goal is not to follow our competitors but to show that a bank can build its reputation on customer service and be simpler and more efficient for our customers.

Whilst the path to growth will not be entirely smooth, I’m optimistic for 2015 and I know my colleagues and importantly our 1.9million customers are too. At Ulster Bank our focus will relentlessly continue to be on being the best for our customers, continuing to improve our products and services and ensuring that we are as competitive as possible. This will bring benefits to our customers as we seek to grow our business alongside theirs.