Top Posts
Designing the Next-Generation Banking Treasury Management
Is the US Finally Warming to the Possibility of Creating...
Enabling the Drive Toward Green Finance with Technology
Why Have Tin Prices Struggled in 2022?
The Devil We Thought We Knew
How China Has Managed to Avoid the Inflation Bug
Home Banking The Uptake of Internet Banking in Australia and Changes in Banking Services
Banking 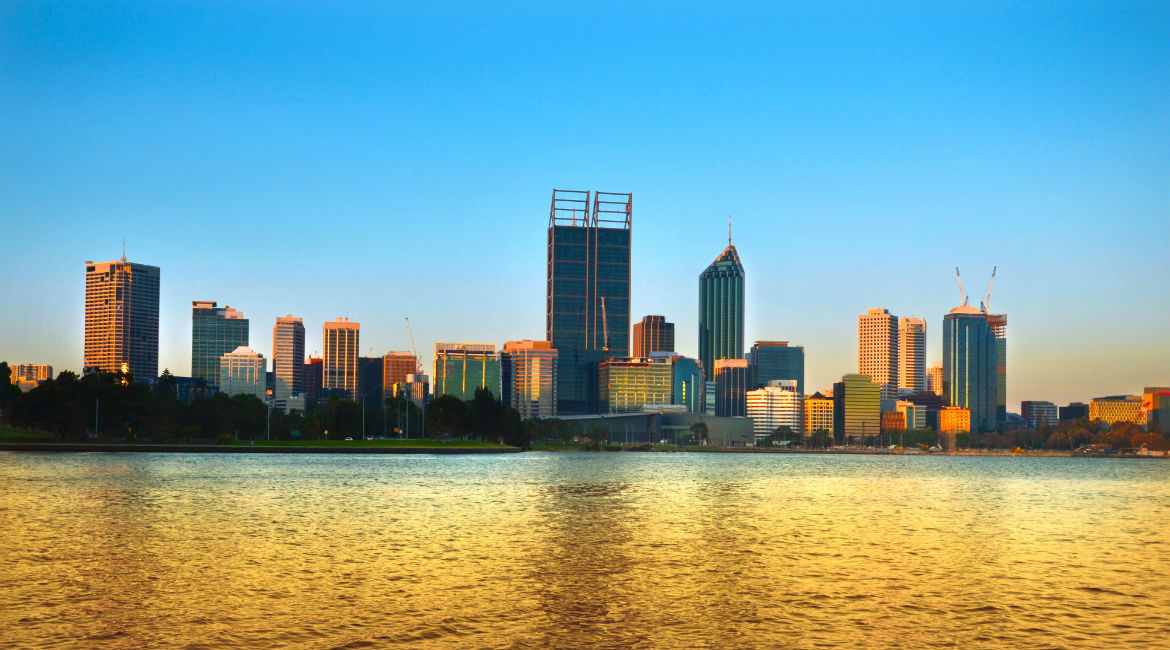 By Clement Tisdell, Professor Emeritus, School of Economics, The University of Queensland

The uptake of Internet banking in Australia has been rapid and has significantly changed the nature of banking operations. These changes have both advantages and drawbacks for customers. The customers who do not bank through the Internet appear to be the main losers. Those who engage in Internet banking gain as a result of its transactional advantages, but in many cases this is offset, to varying degrees, by reduced personal service and by security concerns. Most Australian banks probably have not yet found the appropriate balance between reducing costs by encouraging Internet banking and maintaining personal banking services. Shoosmith (2016) has stressed the importance of this problem generally for the banking industry. While most Australians now engage in Internet banking, several million still continue to bank conventionally. It would seem to be unwise from an economic point of view, at this stage in the development of Internet banking, for banks to ignore their demands. Also the adequate provision of personal bank services continues to be a concern to many who engage in Internet banking.

The uptake of Internet banking in Australia

Age has a significant influence on the adoption of Internet banking. According to the estimates of the Australian Bureau of Statistics (ABS, 2016a), 85 percent of Australians aged 15 years and over used the Internet in 2014 and 2015. Of those using the Internet, 72 percent used it for banking transactions. Consequently, 39 percent did not. Hence, taking into account Internet non-users, it can be estimated that 39 percent of Australians aged 15 and older do not engage in Internet banking, whereas 61 percent do. 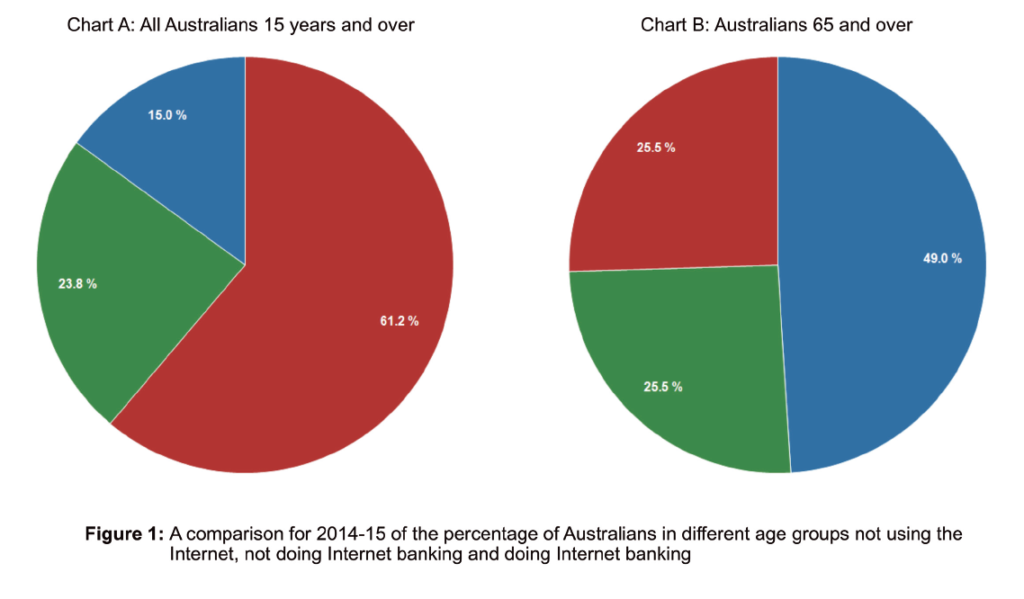 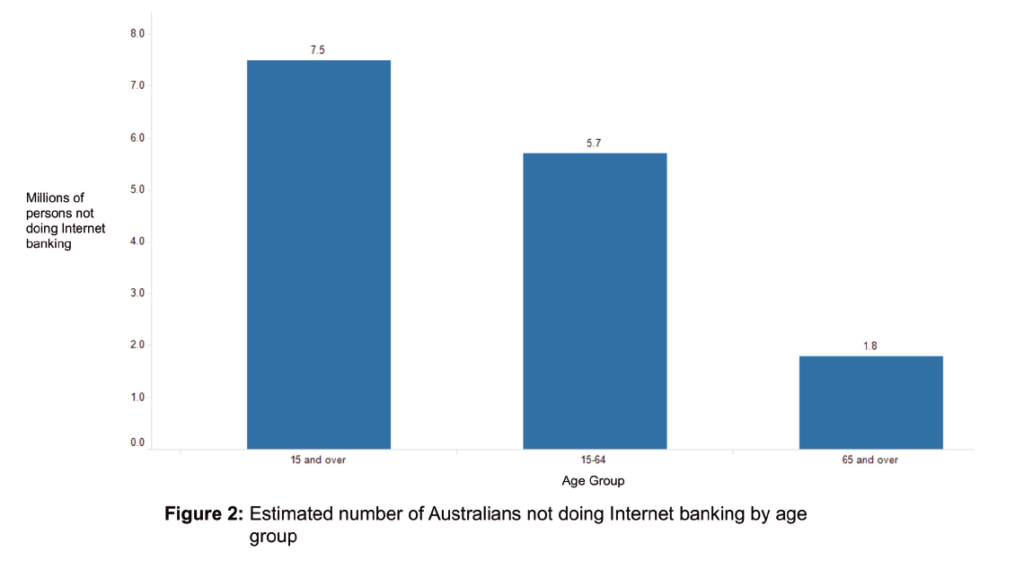 Drawing from a pilot survey and other sources, I have discovered reasons why some bank customers still have not adopted Internet banking.

However, I do have information about active account holders 65 years of age and over as a result of a field survey of two clubs consisting of professional and business retirees in Brisbane, Australia. There were 60 respondents to the survey conducted in August 2016. About half of this group had adopted Internet banking and most used the Internet. While the proportion of the respondents using the Internet was much higher for this group than for all Australians 65 years and over, the percentage engaging in Internet banking was similar, namely about half did so and half did not.

The dominant reason given by respondents in this group of Internet users for not doing Internet banking was security concerns. Some also mentioned that they were not confident about using the Internet for banking. Most of those engaging in Internet banking said they did so because it was convenient and made it easier to keep track of their accounts. Nearly all respondents did not consider Internet banking to be safer than the alternatives.

Nearly all respondents believed that there was increasing pressure to adopt Internet banking, and most thought this to be strong. This pressure most likely has an increasing negative psychological effect on those who do not do Internet banking and they may feel increasingly marginalized. This can be expected to result in increased dissatisfaction about banking services when the large number of bank customers who do not bank over the Internet are taken into account. Australian banks need to do more to address this issue in a positive manner.

Deterioration in banking services since the beginning of Internet banking

The two most frequently mentioned reasons for deterioration in bank services were fewer bank branches and fewer staff. Other factors mentioned included:

Australian banks, and particularly the four major banks, have focused on improving and extending the range of their Internet banking services and are now concentrating on the use of mobile devices for this purpose. While this undoubtedly coincides with the demand of a large segment of bank customers, it does little to address the needs of several million bank customers who do not do Internet banking. The latter group, in fact, is experiencing increased transaction costs as a result of subsequent banking developments—for example, the reduction in the number of bank branches. There is a widespread belief also that interpersonal banking relationships have suffered, most likely because of the greater remoteness (or absence) of individual contact and a lack of ongoing contact with the same banking staff. The latter may be a consequence of the greater use of casual staff and the higher intra-bank mobility of staff. While there is limited evidence that some of the smaller Australian banks, and similar financial institutions, are giving particular attention to this interpersonal banking problem (Roy Morgan Research, 2013), the major banks may not yet have achieved the most desirable balance both from a commercial point of view and in terms of customer satisfaction. Cost efficiency, or cost cutting, is not an adequate indicator of business performance. It may increase short-term profit but reduce long-term returns and result in a political backlash.

While advantage ought to be taken of Internet banking to reduce banking costs, this needs to be done sensitively. Care needs to be taken not to unnecessarily increase the feeling of marginalization experienced by many bank customers who do not engage in Internet banking. Positive assistance should be given to holders of bank accounts who have not embraced Internet banking but are willing to consider it. The reduction in the number of branch offices can be moderated by replacing many with smaller offices able to provide personal services. There is also a need to allay security concerns about Internet banking and provide the means to make it safer.

In conclusion, it should be noted that not only banks but several other service providers also face the types of problems mentioned in this article. However, banks still maintain a central role in the financial system and virtually all, at least in more developed countries, are affected by developments in banking services following the introduction of Internet banking. It is frequently the case that use of the Internet reduces the costs of some items but raises the costs of their substitutes, to the disadvantage of those who desire the substitutes (Tisdell, 2014).