Top Posts
Can the Indo-Pacific Economic Framework Expand US Economic Influence in...
Banks Remain Uniquely Vulnerable to Sophisticated Cyber-Attacks
Western Banks Willing to Accept the Short-Term Pain of Russian...
Why the US Is Ramping Up Its Presence in Somalia...
How Technology Is Helping to Solve Global Supply-Chain Issues
UK Inflation Climbs to Fresh 40-Year High
Home Banking ‘Verticalizing’ Intelligence for Banking & Financial Services
BankingTechnology 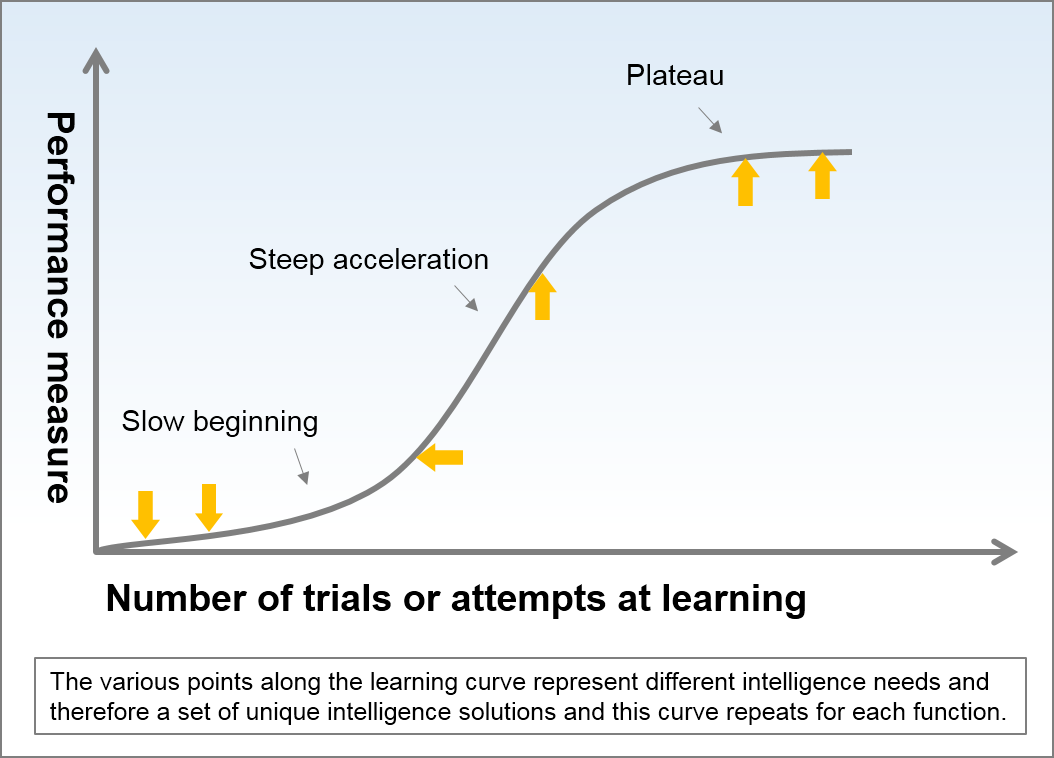 The banking sector has undergone unprecedented changes in the last few years. Regulators have been busy issuing mandates and directives, while banks have been busy finding efficient ways to address newer regulations, and also making them scalable in the long term. Also, the focus is gradually getting back to growth, after several upheavals. In this new phase of growth, analytics is set to play a critical role.

Quite a few decisions and approaches taken during the bull-run until 2009 and decisions taken post 2009 are now being reviewed thoroughly. In this context, ‘Vertical Intelligence’ as a guiding principle has not only been gaining favour, but also has been adopted by a few banks. These banks are also expecting a similar approach from their partners; both in technology as well as other areas of outsourcing.

A paradigm shift for Business Intelligence

While Merriam Webster defines ‘Intelligence’ as ‘the ability to learn or understand or to deal with new or trying situations’, ‘Business Intelligence’, according to Wikipedia refers to ‘computer-based techniques used in spotting, digging-out, and analysing business data, such as sales revenue by products and/or departments or associated costs and incomes’.

Typically, in technology evolution, persistent usage of certain terms generally replaces the original perception of the subject areas referred to by those terms. One such example is the usage of the term ‘BI’, which has become synonymous with tools that enable users to obtain information from existing data. According to definition, these tools and their outputs constitute ‘information’ rather than ‘intelligence’. Intelligence is derived out of information only when it provides ‘the ability to deal with new or trying situations. 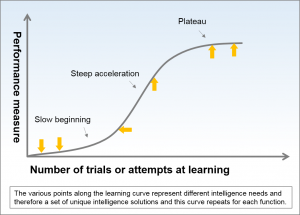 The evolution of human intelligence stands proof to the concept of specialized or ‘vertical’ intelligence, providing the highest level of abilities to deal with new or trying situations in a particular vertical. While there is a general universal intelligence that aids basic survival, vertical intelligence leads to growth and provides an edge in a competitive setting. A few examples in this context would be –

1. Medical research has evolved substantially due to a generic need for curing ailments, but with research, prevention of endemics is now a possibility. If this fact is extrapolated, most of the known life-threatening diseases will eventually be preventable. And this is possible only with an undeterred focus on building vertical intelligence in the area of research, specific to such diseases, specific to prevention, and so on.

2. Nations that have become category leaders for innovations in certain specific areas (or verticals) is because of the continued investments made in focussed research in those verticals, and coupled with the resulting experience gathered over time. For e.g. Switzerland comes tops when it comes to banking or watches or dairy products. A Vertical Intelligence approach gives them an edge to command a premium for products and services in these categories.

Vertical intelligence applies to the evolution of technology as well as it aids the design approach for a good Intelligence System that is driven by the business needs of a vertical, as a natural extension of the current generic information management approach.

While the relevance is pan-industry, this article examines how Vertical Intelligence can be applied to Banking and Financial Services using Product Management as an example.

The first stage of Product Planning is the Product Requirement phase. For a continually evolving product, this is the most significant stage in terms of effort and impact on overall results. A generic Intelligence product design is typically driven by advances in technological capabilities for information delivery needs and common hygiene factors (product features and intelligence needs).

A Vertical Intelligence approach starts by defining business scenarios emerging out of market demands for that particular vertical. Requirements are gathered from sources such as decision makers within that vertical, statistical data on information requests, classified by business need, business process research by vertical based Knowledge Centre comprising vertical specific technology professionals (professionals with experiential knowledge of the vertical), either as a part of the team or as external advisors.

Distinct personas such as ‘buyer’ and ‘user’ are clearly defined for the vertical as in the generic approach, but here the personas can be performing a variety of roles and each role drives a different requirement. While the learning curve for the banking industry has been steep in the past few decades, it has reached a certain level of maturity in geographies where banking has developed substantially. Each function within the banking and financial services industry has separate learning curves. However, financial institutions in developing economies are at various stages on the learning curve of different challenges faced by the sector. Moreover, personas within each institution may again be at different stages on the learning curve.

With expertise in banking implementations cultivated by a Vertical Intelligence approach, product design takes into account the diverse points along the learning curve, maps the business challenges to these points and then develops scenarios for Intelligence needs vis-à-vis these challenges.

Scenarios in the form of storyboards help identify clear business needs for Intelligence, rather than the ability of the tool to deliver the development needs of the user at each stage. These scenarios are further developed into various needs associated with those scenarios related to Intelligence. Both the form and function of the Intelligence delivered are driven by these needs down to the last level of detail.

This is quite unlike the practice of a generic Intelligence delivered in a form that the tool believes is useful across all verticals and therefore delivered as considered suitable for the tool and not specifically aligned to a specific vertical. This is a fundamental shift in the approach to design frameworks for BI.

Technologies for delivery of Intelligence have been improving tremendously due to enterprise focus on extracting value from information. This has led generic BI tools to consider existing technologies, re-evaluate them and often replace them with forward looking technologies that might serve the information delivery needs better. Moreover, the financial services sector has been experiencing considerable consolidation, with bigger players seeking inorganic growth.

In Vertical Intelligence though, the release planning is driven by changes to the external environment in which the target vertical operates. For banking and financial services, significant events affecting the vertical (the credit crisis, for instance) drives a release roadmap due to a new set of challenges specific to the sector. Two important external changes currently driving these roadmaps are –

These challenges drive new requirements in a Vertical Intelligence product, as they mean better monitoring and increased operational supervision. Therefore, a release is planned with specific Intelligence deliverables addressing these sector-specific challenges.

The solution must also address the increased regulatory requirements at each stage of the learning curve. It might involve a daily listing of reports for the operations team or credit risk trends for the C-level user. Product Managers are therefore driven to think and act like members of the vertical itself, instead of technology industry observers as in the generic approach.

The conventional product approach to implementation involves Licensing, Customization, Maintenance and Upgrades. Licensing stops at providing the rights to use the tools. Customizations could generally run into months (if not years) as each customer need is considered a requirement and is then designed using tools.

This exercise has a much shorter cycle as the product already incorporates the Intelligence needs across various learning curves and can adapt to a new requirement much faster. The advantages in this cycle are faster time-to-market, reduced TCO, benchmarked practices and lower customization / integration issues.

While contextualising Vertical Intelligence within Product Management, we also have another interesting dimension called ‘SEMI’ (Single Extraction Multiple Implementation)as an approach to implementation.

A generic approach advocates building an Enterprise Data Warehouse that covers every data point (whether related or not) and the capability to address newer environmental threats. But this leads to decade long projects and organisations are also often left with ineffectual and passive information repositories to maintain.

Vertical Intelligence coupled with a SEMI-based product design approach addresses the tactical needs as well as clearly identifies potential issues in the near future. Risk, Analytics and Asset Quality Intelligence needs are the key considerations when designing a regulatory system using Vertical Intelligence and SEMI. This enables organisations, especially those in financial services, to respond effectively and in advance to sudden changes in their Intelligence framework.

Lastly, as with any transformative concepts, Vertical Intelligence too would first require attitudinal shift towards it amongst senior and product management leadership first. If there is intent, then the details, as the idiom goes, ‘will fall into place’.