Vietnam Prosperity Bank: A Banking Industry Leader in the Making

Over the last year or so, prestigious banking industry awards have come thick and fast for Vietnam Prosperity Bank (or VPBank). The coveted prizes are nothing short of what VPBank deserves, especially given that 2015 turned out to be a vintage year for the bank, arguably the best in its operational history. Furthermore, they have been awarded across a wide range of competencies, including retail banking, SME (small and medium-sized enterprise) banking, trade-business and Internet banking. In turn, this recognition is now going a long way towards underlining the fact that VPBank is now among the very finest banking institutions in Vietnam.

As a gauge of just how far VPBank has grown, it now ranks as the 68th biggest Vietnamese company and 14th biggest private Vietnamese enterprise according to VNR500 charts—a formidable achievement for an organisation that began life only 23 years ago. It is even more astonishing considering that it has only been from 2010 onwards that VPBank has implemented its ambitious, full-scale plan to become a banking industry leader in Vietnam. In terms of achievable goals, it is aiming, by 2017, to become one of the five leading joint-stock commercial banks as well as one of the top three retail joint-stock commercial banks in Vietnam.

The bank certainly seems to be moving in the right direction to scale such lofty heights, especially when one looks at its performance in 2015. The bank’s net worth (or shareholders’ equity) swelled last year to VND13.4 billion (USD$600 million), representing a mammoth 49-percent increase from 2014. Profitability also rocketed last year, with return on equity rising from 15 to 21 percent; while profit before tax nearly doubled. Such spectacular results have truly cemented VPBank’s position among the pantheon of top commercial banks in Vietnam. 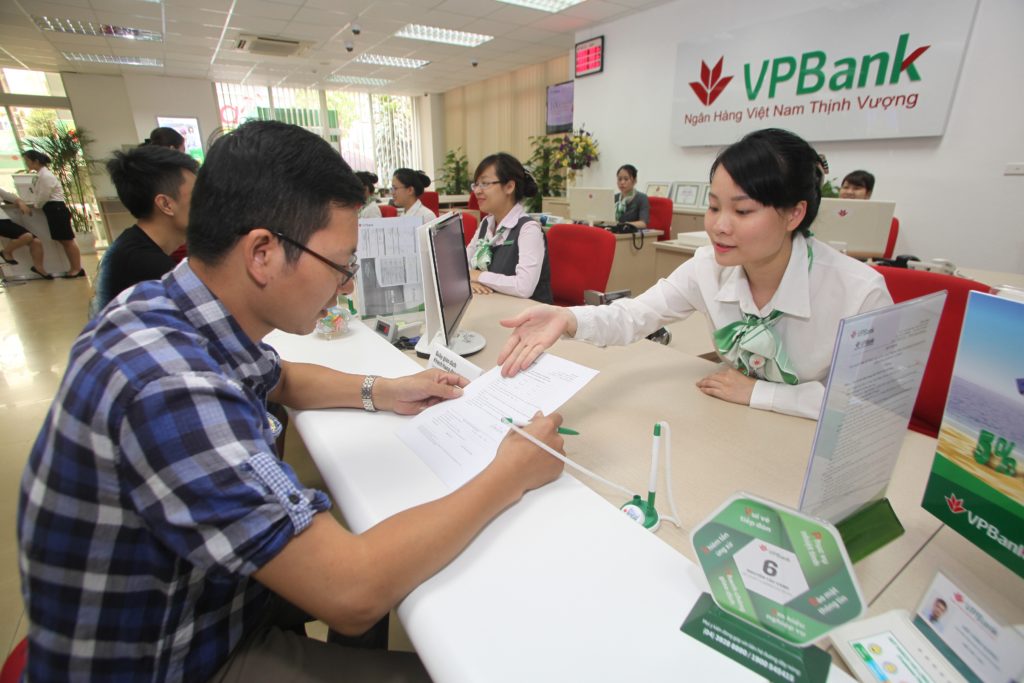 The results being generated by VPBank must seem like just rewards for the effort and investment that the bank has put in—especially since 2010, when it adopted a new name and wholly new brand identity. Since then, it has formed a close and incredibly productive alliance with leading global consultancy McKinsey, which has been instrumental in transforming the bank’s fortunes. The partnership has been centred on its 2012-17 growth strategy, which has primarily sought to grow the bank aggressively and, to support such growth, build a strong supporting foundation by improving the quality of customer service across its entire branch network, and with complete overhauls of the risk-management and information-technology infrastructures of the bank.

Two of VPBank’s flagship businesses to date have been retail banking and SME banking. Last year saw the bank focus strongly on growing the credit, deposit and customer bases of these segments, with much success. Retail banking over the last year or so has also been an unbridled success for VPBank, and the business is proving to be of paramount importance in propelling the bank into the coveted top three position by next year. Last year saw some of the bank’s most astounding growth figures coming from this division. A 53-percent increase in the number of new current accounts from the 2014 amount, 43-percent growth in the number of active customers, and a whopping 81-percent expansion in retail-lending products are just a few of the laudable performance highlights the bank managed to achieve. The boost in lending within the retail space can be credited to VPBank’s efforts to diversify its product range. This managed to raise the bank’s competitiveness within the market, as well as cater to a growing customer base, whose tastes and preferences for retail products have continued to be increasingly varied.

On the SME banking front, VPBank managed to sizeably grow profitability thanks to rapid loan-portfolio growth of 30 percent, deposit growth of 54 percent, and the maintenance of a high standard of credit quality with an NPL (nonperforming loan) ratio kept firmly below 3 percent. The strict management of operating expenses has also been highlighted by the bank as being particularly effective. New, innovative products have been introduced into VPBank’s offering, moreover, with the bank being one of the few among its peers to expand its unsecured business instalment loan (BIL) product into the micro-SME segment—an area that is considered to be underserved in the country at present. Other capital-financing products within the SME business have also enjoyed healthy growth in recent times, including business-finance loans secured by real estate and credit-program (CP) loans secured by other assets.

The bank additionally introduced a business line to its core offerings in July 2015; Household Banking aims to target the mass-market, self-employed sector within Vietnam, known as household customers. With an estimated market opportunity of $10 billion of loans outstanding to 2020, VPBank appears to be blazing a trail to provide suitable banking solutions for this customer segment. Innovatively designed products and solutions have been developed that specifically support the country’s household and family businesses across a wide range of lending scenarios. The division’s brand, CommCredit, provides catered services that serve every stage of the customer’s lifecycle and development. The bank makes extra efforts, moreover, to ensure that repayment is simple, allowing customers more time to focus on their businesses. By the end of 2015, CommCredit managed to build a team of 550 employees, acquiring more than 9,000 customers, and holding an asset book of more than VND200 billion.

The commercial-banking division of VPBank has maintained strong double-digit growth over the last few years, with 2015 being no exception. This year saw a 30-percent surge in the number of customers acquired by the bank, while deposit and lending balances in the division achieved astronomical growth of 170 percent. One area on which the division has placed particular focus recently has been operational efficiency. It has principally done this by further cementing close partnerships with other VPBank units, and in doing so has streamlined credit-processing procedures and payment processes, as well as minimising the turnaround time in specific cross-divisional operations.

Given the global-banking industry’s frenzy over the increased use of financial technology, it perhaps comes as no surprise that VPBank is leading the way in Vietnam in terms of digital banking and fintech. Since 2013, in particular, the bank has dramatically boosted its digital-banking acumen using three specific approaches:

The approach has managed to be so effective that by the end of last year, the number of customers using VPBank’s Internet and mobile-banking platforms had increased by an annual rate of 90 percent and 220 percent respectively. The overall volume and value of the transactions jumped by an astonishing 300 percent, meanwhile, which comprised more than a fifth of the total transactions of the bank across all divisions. Such eye-watering figures did not go unnoticed, as 2015 culminated in VPBank winning the Best Internet Bank in Vietnam award from Global Banking and Finance Review Magazine.

In anticipation of further technology-driven growth in the coming years, the Digital Banking Services Division was set up by VPBank at the beginning of the year. Going forward, VPBank is anticipating the increasing role of fintech within the finance world and thus is sensibly looking to forge strong partnerships with such companies. As with many of the leading banks around the world, collaboration with fintech startups is likely to lead to a significant expansion in the scope of what both partners can offer, as well as providing the opportunity for the bank to be able to market its services to new customer segments. 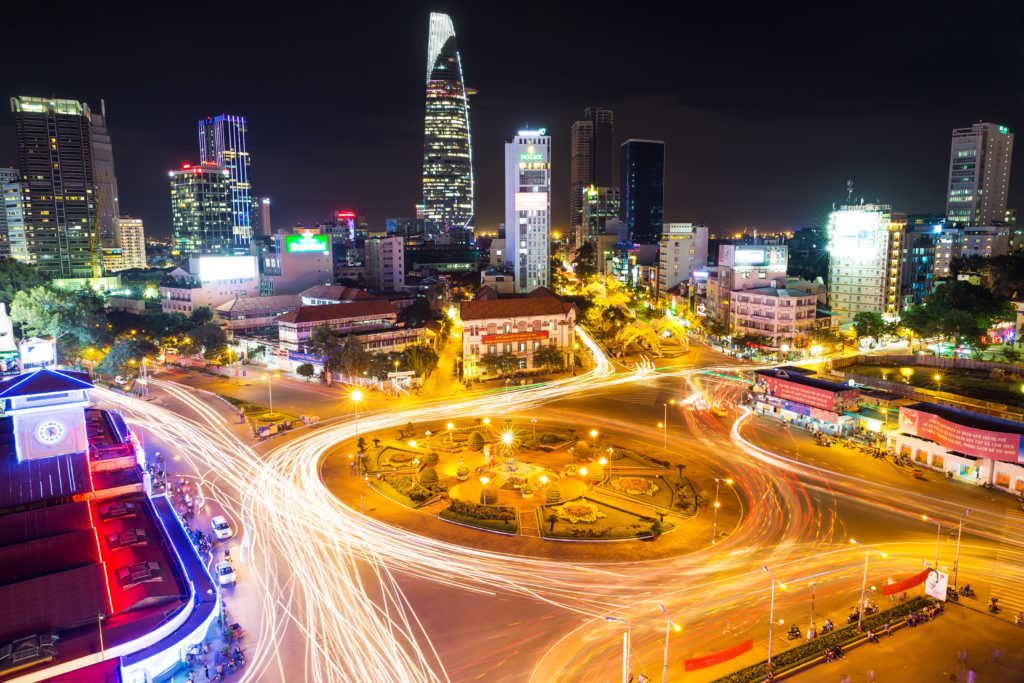 As VPBank has grown at a rapid pace, it has also been important to ensure that the information and data that emerges across numerous divisions can be consolidated effectively by the bank’s leaders. As such, a data committee was set up in 2013 to manage the bank’s overall data strategy, while the Business Intelligence Competency Center (BICC) was established soon after to actually implement the strategy. Today the BICC is involved in data analytics across a disparate range of functions, including sales productivity, operational productivity, loan attrition and in-depth customer, product and channel analyses. This has allowed data-driven strategies to be accurately assessed and decisions to be ultimately taken by various departments based on a significantly more scientific approach. VPBank’s transformation in data and business intelligence has been recognized by international specialists. VPBank’s Data Governance program received a “2015 Best Practices Award” from The Data Warehousing Institute (TDWI) in 2015.

Outside of its core functions, VPBank is very active in promoting community cohesion. Demonstrating the extent of its close relationship with SMEs, the bank organised a fun run last year for staff and customers. The VPBank SME Run in October 2015 was deemed a huge success, both in helping promising students overcome poverty through the funds that were raised by the event, which contributed to the Vietnamese Entrepreneur for a Prosperous Vietnam programme, as well as in connecting the Vietnamese enterprise community. VPBank is continuing to promote such events on a regular basis, which should allow employees and customers to participate in sporting activities, with other recent examples including the Conquering Fansipan Peak programme and other smaller racing events.

Indeed, investment for the benefit of the wider community is taken extremely seriously by VPBank. As it has grown, its corporate social responsibility has become influential in developing and assisting much of the country’s population. One such example is the donation of VND500 million provided last year to support coal miners and employees who had been impacted by the large-scale flooding in Quang Ninh province. VPBank’s concert series is another well-received initiative in the country. Following the “Richard Clayderman in Concert by VPBank” event in 2014, last year saw legendary US saxophonist Kenny G take the stage in Vietnam, with VPBank again providing the means for such an event to take place. Music shows featuring the best in local Vietnamese talent, such as Tran Thu Ha and Uyen Linh, were also backed by VPBank, while the VPBank Countdown in Ho Chi Minh City brought in the New Year in grand fashion.

VPBank’s motto is “Action for your dreams”, which has been inspired by four key principles: professionalism, dedication, difference and simplicity. The bank aims to demonstrate these qualities on a daily basis throughout its business with the long-term view of being a financial institution that consistently strives for the highest standards of customer service—fast but always delivered with a friendly attitude. To maintain such standards on an ongoing basis, the bank has stated that 2016 and beyond will see the bank focus on two key areas.

Firstly, it seeks to foster rapid expansion of its core customer segments and selected market segments, with lending, deposits and customer-base growth across its retail and SME divisions being particularly targeted. And, secondly, it also intends to strengthen its business platforms towards high-performance quality and efficiency, particularly in risk-management, credit, management-systems and NPL handling and collection.

Such measures will be vital in ensuring that the bank achieves its goal of being among the five leading joint-stock commercial banks and three leading retail joint-stock commercial banks in Vietnam next year. Given the spectacular growth that the bank has managed in recent times, as well as the positive outlook for Vietnam’s banking industry in general (18-to-20-percent credit growth is being forecast for this year, for example), there is little evidence to suggest that VPBank won’t easily surpass all of the steep performance thresholds that it has set for itself.