Top Posts
Global Military Spending Hits a Record High
Could Big Tech’s Iron Grip on Digital Advertising Soon Come...
Can Recent Oil Discoveries Prove to be a Boon for...
Is It Time to Explore an Alternative to Fractional-Reserve Banking?
Can AgTech Prove Instrumental in Helping to Feed the World’s...
Can the Indo-Pacific Economic Framework Expand US Economic Influence in...
Home Banking A Way Forward for Europe
Banking

A Way Forward for Europe 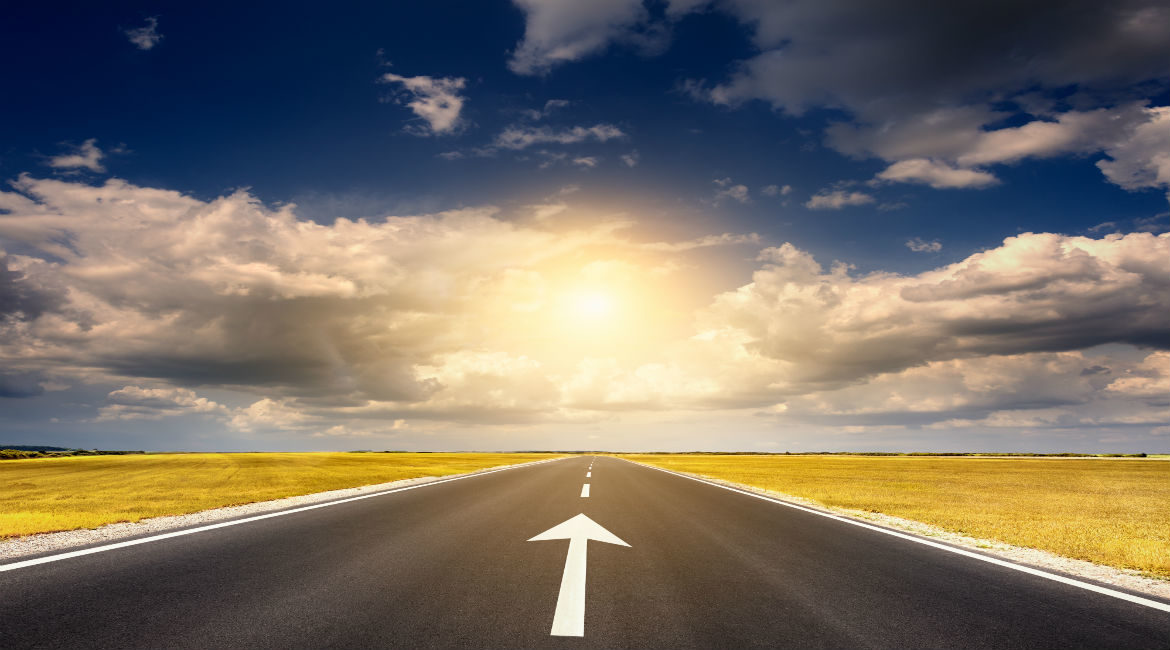 By Michael J. Boskin, Professor of Economics at Stanford University and a Senior Fellow at its Hoover Institution

These have not been happy times for the “European Project”. UK Prime Minister Theresa May has announced that by next March, the UK will make the Article 50 European Union (EU) withdrawal notification. That will trigger a difficult two-year negotiation on the terms of Brexit, which was a reaction to both immigration and overbearing, duplicative European Commission regulation and bureaucracy. Meanwhile, the Greek government is prevaricating on asset-sale commitments made as part of its bailout deal. Massive immigration from the Middle East and North Africa has caused European countries to put up physical barriers, presaging future difficulties for the EU’s commitment that citizens of any member country may live and work in any other. Nationalist parties, some with extreme platforms, have been gaining in elections across Europe.

Meanwhile, investors, nervous about large capital shortfalls in an “adverse scenario” despite European Banking Authority (EBA) stress tests, are battering the market capitalization of European banks. The US Department of Justice is seeking huge fines from Deutsche Bank. Banca Monte dei Paschi di Siena needs a third bailout in a decade. Italian Prime Minister Matteo Renzi has insisted that he will bail out Italian banks if necessary, despite the EU directive to at least partially bail-in creditors first. He has also staked his office on a December constitutional-reform referendum to streamline the Italian government. Potential political and/or financial instability in the Eurozone’s third-largest economy, a huge sovereign debtor, would be at best nerve-racking. (The 1931 collapse of Austrian bank Creditanstalt spread a financial panic that contributed to the Great Depression, and ironically, in light of the present situation, it was later acquired by Deutsche Bank and is now part of the Italian bank UniCredit.) The International Monetary Fund projects Eurozone growth in 2017 at just 1.5 percent. And Eurozone unemployment, twice US levels at 10 percent, is double that among young workers—at Depression levels in Greece.

Economic growth. Growth in Europe next year is projected at just two-thirds of even the subpar projected US growth rate, while gross domestic product (GDP) per capita lags 30 percent behind that of the US, even in Europe’s wealthiest, large economies. High taxes and burdensome regulations strangle the labor market and potential new businesses. Tragically, Europe’s slow growth is insufficient to create opportunities for Europe’s unemployed and underemployed young people, a future political time bomb. And it makes all the other problems worse; likewise, stronger growth will make solving the other problems much easier.

Fiscal. European Central Bank (ECB) President Mario Draghi has correctly declared that “the European social model has already gone”. The combination of bloated welfare states and rapidly aging populations is governed by a simple, unavoidable math: take the number of people receiving benefits relative to the number of taxpayers (the dependency ratio), multiply it by the average benefit relative to the average income-paying tax (the replacement rate), and you get the tax rate necessary to pay for the spending. Simply put, too many Europeans are collecting too many benefits, a fact that has been noted by several European leaders. It wasn’t long ago that Holland had the “Dutch disease”, liberal benefits liberally available. It has now declared a participation society of individual responsibility, and requires welfare recipients to commute long distances if work is available. But, by and large, governments have done too little to permanently slow future spending growth. Raising taxes has hit diminishing revenue returns and is economically damaging. Reforms must target social spending at true need, not broad vote-buying.

Banks. Europe’s banks supply 70 percent of credit, compared to 30 percent in the US. But Europe’s banks, despite asset sales and other measures to boost capital by some, still suffer from distressed balance sheets, which impede credit expansion conducive to growth. The ECB’s bond purchases are at best a temporary stop-gap that unfortunately misallocate capital, and its negative interest rates, on balance, impede bank lending. The path to permanently stronger growth does not run through the central bank but through supply-side structural reforms and gradual debt consolidation.

Currency. The euro provides many benefits but deprives its members of independent monetary policies and flexible exchange rates. So the next time a disparate shock slams part of the Eurozone, for example, a banking crisis centered in Italy or another default in Greece, limited inter-regional transfers and core labor mobility leave little by way of shock absorbers to cushion local recessions.

Governance. Europe’s governance crisis becomes more apparent daily. Disenchantment with the European Commission’s rules and regulations overriding their own sits poorly with voters in many EU countries. To decrease the risk of “exit contagion” from Brexit, and with other member countries demanding relief from the EU’s inflexible, one-size-fits-all centralized rule-making, German Chancellor Angela Merkel has taken a hard line. The basic problem is trying to force too much homogeneity on heterogeneous nations and populations.

To move beyond its current and prospective torpor, Europe (i.e., the EU, Eurozone and individual nations) must make progress on the following interrelated solutions. The good news is that, just as each problem has worsened the others, progress on any solution will make it easier to obtain the gains from the others. Europe’s greatest need is for credible, long-run fiscal consolidation, reducing the projected future size of government spending and hence future tax rates, in the vast majority of its economies. This will dramatically improve the investment climate and future growth prospects. To be sure, Europe need not totally dismantle its welfare systems, but must trim now and substantially scale back its growth going forward.

Next, it should directly mutualize—not the opaque, indirect, probable partial version imbedded in current responses—and write down some portion of the liabilities of highly indebted countries, e.g., those with a debt-to-GDP ratio above 80 percent. Long-term zero-coupon bonds such as the Brady bonds that the US successfully used to help resolve the Latin American debt crisis in the 1990s are one possibility. Meanwhile, supply-side structural reforms that increase labor-market flexibility and reduce red tape to new business formation should receive high priority.

Europe should implement a more comprehensive plan to resolve struggling zombie banks. The EBA, in conjunction with national governments, needs to promote recapitalization, external by rights offerings and internal by earnings retention, and, where necessary, by acquisition or temporary takeover, clean up and asset sale, as was done by the Resolution Trust Corporation in the US in the 1990s. If a true financial panic, for whatever reason, requires a more broad-based lender-of-last-resort role, capital should be made available, at a penalty rate, but should not repeat the mistake that the United States made in 2008 by forcing large banks to take government capital whether needed or not.

Importantly, the Eurozone should adopt a two-track euro with the exchange rate fluctuating between them, available to countries under well-specified criteria for relegation from, and re-entry to, the main euro—what I have previously labeled “depreciation without departure”.

Finally, the EU will have to reduce the domain of centralized homogeneity of rules and regulations emanating from Brussels to a necessary core and provide greater flexibility to member nations to govern themselves based on their particular needs and traditions, so long as by doing so they do not impose significant damage on other members.

Restoring growth and financial stability will require bold solutions to these problems. These policies would reduce sovereign debt, ameliorate future tax pressure, revitalize the banking system, and enable countries in deep debt turmoil to increase competitiveness with fewer sacrifices to living standards, all of which would be conducive to the investment and stronger long-term growth that will reduce the scale of the other problems. Unfortunately, European leaders, under pressure from constituents, have exhibited a distressing inability to take bold action rooted in a clear long-term strategy. Instead, they lurch from mini-crisis to mini-crisis, do just enough to stay barely above water, and kick the can down the road. Time is running out for Europe to seize the opportunity before a really severe crisis erupts, out of which reforms are likely to be politicized, ineffective and very much more expensive, both financially and in human suffering.

Michael J. Boskin is Professor of Economics at Stanford University and a Senior Fellow at its Hoover Institution. He served as Chairman of the Council of Economic Advisers of the President of the United States from 1989 to 1993, during which time he helped implement the policies that led to the resolution of the twin financial crises of the time, the resolution of the insolvent Savings and Loans and the Latin American debt of America’s money center banks.

Opening up for better banking

An excellent and succinct article that does something rare, offer implementable solutions. Thank you.