Top Posts
Challenges Remain, But There Are Opportunities to Be Had in...
Interview with Mr. Olukayode Pitan, Chief Executive Officer and Managing...
Commodities Outlook for 2023
The Value of Cash in a Time of Crisis: How...
The US-Africa Leaders Summit: Fostering a Closer Relationship with the...
Three Key Sectors in Which to Invest in 2023
Home Banking Western Banks Willing to Accept the Short-Term Pain of Russian Exodus
Banking 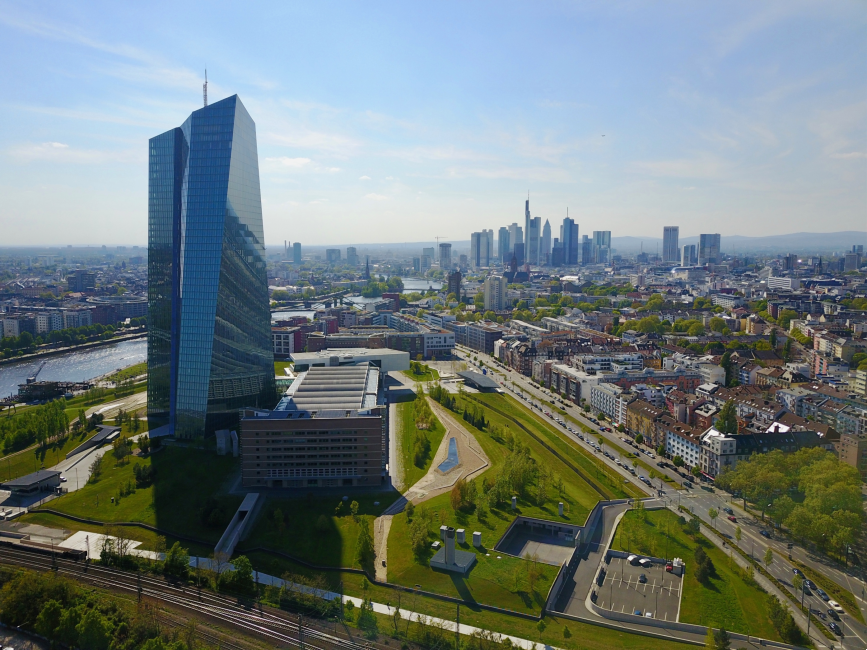 The war in Eastern Europe has elicited a response from the West, the scale of which has rarely, if ever, been seen before. Soon after Russian forces crossed the border into neighbouring Ukraine on February 24, an unprecedented number of sanctions were levied against Russian banks, businesses and wealthy individuals. The punitive measures have also prompted a major flight by businesses from the country, with commercial ties duly severed. The exodus has included Western-owned banks, as the United States, the European Union (EU) and other allies have attempted to step up their financial war against Russia.

According to figures from the Bank for International Settlements (BIS), as of September 2021, Russian domestic debt securities amounted to some $456 billion, while international debt securities totalled an additional $104 billion. The BIS also found that international banks were owed a total of $121 billion, with lenders in France ($25 billion), Italy ($25 billion), Austria ($18 billion) and the US ($15 billion) having the largest exposures. In total, Western European banks had a sizeable $91 billion exposure to Russia, the BIS noted, $41 billion of which covered local positions in local currencies held by Russian subsidiaries of foreign banks.

Indeed, eurozone banks had the most exposure to Russia just prior to the invasion. And it now seems clear that they are trying to rid themselves of this business. According to the European Central Bank’s (ECB’s) top supervisor, Andrea Enria, all European banks “have said they would sell; they’re all trying to sell. Some have sold or are in negotiations—it’s not an easy process. I hope it will be completed shortly.” That includes Raiffeisen Bank, perhaps the European bank with the biggest presence in Russia. With an estimated €22.9 billion of assets in the country, 4.2 million customers and 9,400 staff, as well as a reported €319 million in provisions for bad loans related to the Ukraine conflict during the first quarter, the Austrian lender is keen to offload this exposure. And according to recent reports, Raiffeisen has received interest from several buyers for its Russian operations.

Société Générale and UniCredit also have substantial operations in Russia, although Fitch Ratings recently noted that their local Russian exposures are small relative to their parent groups, accounting for less than 2 percent of the total exposures in each case. “Most of the Russian exposures relate to the banks’ local retail and commercial banking operations. Even a full write-off of the two banks’ investments in their Russian subsidiaries in an extreme scenario would have a fairly moderate impact on capital at a group level,” Fitch noted in early March, about a week after the war began. The ratings agency also estimated that Société Générale’s consolidated common equity Tier 1 (CET1) ratio would fall by about 40 basis points and UniCredit’s by about 15 basis points should this extreme scenario materialise. “This would still leave both groups’ ratios well above their regulatory buffer requirements, and we would not expect rating actions in these circumstances, all else equal, as we believe the banks would offset the impact through organic capital generation.”

Across the pond on Wall Street, meanwhile, several high-profile banks have similarly apportioned provisions worth billions of dollars to withstand the closure of their Russian operations. JPMorgan Chase and Goldman Sachs were among the first major Western banks to exit the country. On April 13, JPMorgan disclosed that its profit declined by 42 percent from a year earlier to $8.28 billion, mainly due to the increased costs for bad loans and market upheaval caused by the war in Ukraine. Indeed, the bank ended up booking a $524-million loss driven by markdowns and widening spreads after the outbreak of war. “The provision for credit losses was $1.5 billion, reflecting a net reserve build of $902 million driven by increasing the probability of downside risks due to high inflation and the war in Ukraine, as well as accounting for Russia-associated exposure in CIB [Corporate & Investment Banking] and AWM [Asset & Wealth Management], and $582 million of net charge-offs,” the bank acknowledged when announcing its first-quarter results.

About a week earlier, JPMorgan’s chief executive officer (CEO), Jamie Dimon, admitted that the bank could lose about $1 billion on its Russia exposure, whilst urging the US to boost its military presence in Europe and develop a plan to ensure energy security for itself and its allies. “We are not worried about our direct exposure to Russia, though we could still lose about $1 billion over time. But we are actively monitoring the impact of ongoing sanctions and Russia’s response, concerned as well about their secondary and collateral effects on so many companies and countries,” Dimon said. “We have been steadfast in our operating principles to be prepared for the unpredictable. Rest assured that our management teams, hundreds of us, globally, have been working around the clock to do the right thing.”

Another Wall Street behemoth that has been quick to take action in leaving Russia is Goldman Sachs, which has made significant strides in winding down its business in the country. But unlike other major lenders, Goldman’s Russian exposure was decidedly modest. According to a Goldman filing in February, the bank’s total credit exposure to Russia was $650 million at the end of 2021, while credit exposure net of collateral and other measures stood at just $293 million. Total market exposure to Russia, meanwhile, stood at $414 million at the end of last year. Since then, Goldman has confirmed that it managed to lower its $650-million total credit exposure to just $260 million by March. It also noted that its market exposure tied to Russia and its total exposure to Ukraine were not material. Nonetheless, its chief executive, David Solomon, did acknowledge that the conflict inflicted a net loss of $300 million on the bank during the first quarter.

But it’s arguably Citigroup among the US banking majors that will be most impacted by the concerted Russian divestment, given that its total exposure to the country was significantly greater than that of its peers. By the end of last year, the bank had exposure to Russia of $9.8 billion and 3,000 staffers. But Citi did confirm that this exposure had been brought down to $7.8 billion by the end of the first quarter and that it would not take on any new clients.

The bank also recently reported that having conducted stress tests, it would lose a maximum of $3 billion from its Russia exposures in a severely adverse scenario, much lower than the nearly $5 billion estimated in March. But the bank has already posted a 46-percent first-quarter drop in profits, thanks largely to hits from provisions for Russia-related losses. And Citi has added $1.9 billion to its reserves in the quarter to absorb losses from its exposure to Russia and the economic impacts of the war.

And on May 9, Citigroup confirmed that its Russian consumer-banking unit would be sold. The unit reported first-quarter revenue of $32 million. “Citi has commenced sale discussions with a number of potential buyers,” according to the May 9th filing, in line with CEO Jane Fraser’s comments, with the bank adding that Western sanctions on Russia had increased its operational risks and that its response “has included enhanced operational controls and management oversight to maintain compliance and minimize disruption to client operations”.

Citi may still look to retain its Russian banking license, however, which indicates that the bank may be looking to avoid a complete exit from the country. When pressed in late May on whether this would be the case, Fraser admitted, “We don’t know yet; we haven’t made a decision on exactly what size we will be.” But he added that the bank’s presence in Russia “will just be materially smaller than it has been”. And according to a report by the Financial Times, Fraser acknowledged that Citi’s direct exposure to Russia was largely limited to the capital still held in the country and that just 0.3 percent of its risk-weighted assets were in the country.

But while the speed at which banks are seeking to leave Russia can be deemed commendable by Western authorities, it is highly likely that a complete exit will either take years to accomplish or will not be achieved at all. As the Wall Street Journal’s David Benoit observed in March, “Their exit is unlikely to be quick; it took years for US banks to exit Venezuela after the US leveled sanctions against the regime of President Nicolás Maduro. In Russia, they are untangling a messy web of transactions, and they can’t simply abandon clients that require banking services to keep operating until they can get out.”