Top Posts
Challenges Remain, But There Are Opportunities to Be Had in...
Interview with Mr. Olukayode Pitan, Chief Executive Officer and Managing...
Commodities Outlook for 2023
The Value of Cash in a Time of Crisis: How...
The US-Africa Leaders Summit: Fostering a Closer Relationship with the...
Three Key Sectors in Which to Invest in 2023
Home Banking What Are the Main Goals for Central Banks in 2021?
Banking

What Are the Main Goals for Central Banks in 2021? 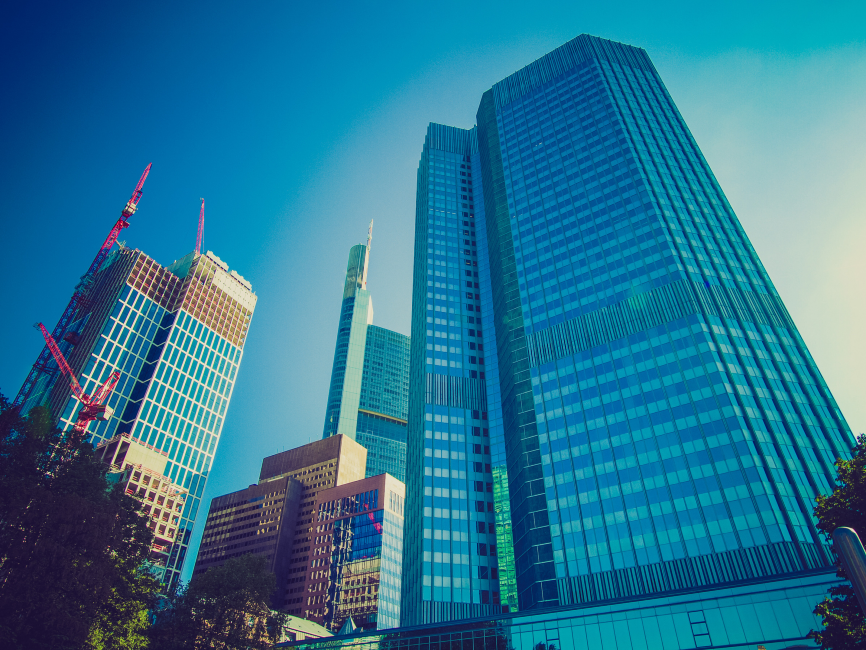 It has been an unusually eventful year for central banks all over the world in 2020, and given the current circumstances, the coming year is set to be no less busy. With a variety of challenges to overcome, therefore, central banks hope to achieve several important goals before the end of 2021.

With the impact of the coronavirus far from over, it is no surprise that at the top of the priority list for central banks in 2021 will be the economic recovery. As was the case in 2020, central banks will continue injecting substantial liquidity into their respective economies. “On our projections, G10 central banks will inject another US$2.8 trillion of liquidity next year—just in their government bond purchases,” Morgan Stanley analysts recently stated. “That’s more than twice the amount of liquidity central banks injected in any year prior to the one drawing to a close.”

Indeed, some jurisdictions are set on increasing their asset purchases, further highlighting how significant the pandemic’s impact on certain economies is likely to be next year. The European Central Bank (ECB), for example, expanded its quantitative-easing programme on December 10 by €500 billion, which has thus brought its total stimulus package to €1.85 trillion ($2.24 trillion). What’s more, the ECB plans to extend purchases until at least March 2022 and boost subsidised lending to the region’s banking sector to stimulate lending to the real economy. According to ECB President Christine Lagarde, the pandemic continues to pose “serious risks” to countries in the eurozone. “The monetary policy measures taken today will contribute to preserving favourable financing conditions over the pandemic period, thereby supporting the flow of credit to all sectors of the economy, underpinning economic activity and safeguarding medium-term price stability,” the ECB statement read.

The US Federal Reserve System (the Fed) may well follow in the ECB’s footsteps with regards to boosting asset purchases, although no concrete steps have been taken as of yet. Nonetheless, it is almost certain that it won’t raise interest rates during the year. Not only is the US economy some way off from returning to growth and stability, but Fed Chair Jerome Powell also indicated in August that the Fed would allow inflation to rise above target to make up for the low-inflation environment of recent times before it even contemplates raising interest rates.

Aside from monetary policy, moreover, both the ECB and the Fed have also repeatedly called for more fiscal measures to provide relief to their respective economies. “I think that the risk of overdoing it is less than the risk of underdoing it,” Powell told the United States Senate Committee on Banking, Housing, and Urban Affairs on December 2. “That is the record of pandemics and crises. People are always worried about doing too much, and you look back in hindsight, and you say, ‘Well, we didn’t do too much. We might’ve done a little more and done a little sooner’.” Although yet to receive Congressional approval, a roughly $1-trillion stimulus package is being negotiated and should be approved in the near future.

As the world continues its fight against climate change, central banks have acknowledged their need to be more active in addressing climate-related financial risks. “In our role as prudential supervisors and guardians of financial stability, we have to ensure that banks adequately incorporate these risks into their risk management,” Deutsche Bundesbank’s president, Jens Weidmann, recently wrote in the Financial Times.

According to the Financial Stability Board (FSB), certain financial authorities are exploring possible approaches to reduce climate-related financial risks, but they tend to be less developed than tools to address other types of financial risk. The FSB’s November report “The Implications of Climate Change for Financial Stability” found that three-quarters of financial authorities were considering climate risks in their financial-stability monitoring, and some were starting to quantify those risks. This was typically being done by scenario analysis, which can quantify the totality of exposures of financial institutions to climate-related risks within their jurisdictions. “To date, such scenario analysis is being developed by the Bank of England, Banque de France/ACPR, and the European Central Bank,” the FSB observed. “Other financial authorities have said they plan to run analyses along similar lines in the future.”

In November, the ECB published reports claiming that eurozone banks were not providing sufficient climate-related and environmental-risk disclosures. “While there has been some improvement since the previous year, banks need to make significant efforts to better support their disclosure statements with relevant quantitative and qualitative information. In the second half of 2021, the ECB intends to identify remaining gaps and discuss them with the banks.” The ECB published a guide on climate-related and environmental risks, advising banks how to prudently manage and transparently disclose such risks under current prudential rules. As such, 2021 will see the ECB conducting “a full supervisory review of banks’ practices and take concrete follow-up measures where needed”.

The world may also see the introduction of the first major central bank digital currency (CBDC) in 2021. Having launched its Sand Dollar in October, the Bahamas has already claimed the title as the first country to roll out a national digital currency. As far as the world’s biggest economies are concerned, however, the race remains well and truly on. That said, the most likely candidate to release a CBDC in 2021 is China, which began researching the introduction of a digital yuan in 2014. “We should … actively participate in formulating international rules on digital currency and digital tax to create new competitive advantages,” President Xi Jinping wrote in October. And at a G20 summit meeting in November, he stated his desire “to discuss developing the standards and principles for central bank digital currencies (CBDCs) with an open and accommodating attitude, and properly handle all types of risks and challenges, while pushing collectively for the development of the international monetary system.”

But other countries are not far behind China in their progress in this area. According to a survey of 66 banks conducted by the Bank for International Settlements (BIS) at the end of 2019, 80 percent were carrying out some work in CBDCs, which was higher than the 70 percent of central banks doing so a year earlier. Of that 80 percent, moreover, just 10 percent had developed pilot projects with all such banks being in emerging-market economies, while 40 percent said they had progressed from initial research to proofs of concept whereby they had conducted feasibility tests to verify that the currency had practical potential.

In its October paper, for example, the Bank of Japan (BoJ) indicated that it would start testing the basic functions of a digital yen as a payment system in 2021. The European Central Bank (ECB) also published a report in the same month stating that it may issue a digital euro, but that a more concrete decision on whether to launch a CBDC will be made in mid-2021. And in December, Switzerland’s central bank announced it had successfully tested CBDCs in settling wholesale transactions between financial institutions. However, Swiss National Bank (SNB) Governing Board member Andrea Maechler acknowledged that the bank has not committed to issuing a CBDC. “The simple answer is no, we are not ready to issue one,” she stated, adding that important questions about CBDCs remain.

Another trend we are likely to see from central banks in 2021 is a step up in their appetite for gold. Despite a setback in gold demand this year, central banks all over the world have been stocking up on the yellow metal since 2018 as they have sought to diversify their holdings away from the US dollar. The gold-buying spree saw a record annual quantity of 656 tons purchased by central banks in 2018, followed by a marginally lower amount of 650 tons the following year. “The broader push to buy gold is clear amid a longer-term de-dollarization trend and a bias toward reserve diversification,” noted Aakash Doshi, Citigroup’s head of commodities research for North America.

But with gold prices reaching record highs, central banks have scaled back their gold purchases this year. “Although official sector gold demand was quite robust in 2019 and 2018 and is softer this year, it is not necessarily weak by historical standards,” according to James Steel, chief precious metals analyst for HSBC. “While the influence of central bank activity should not be discounted, it is taking a backseat to ETFs and other forms of demand this year.” Nonetheless, gold buying is once again being forecast to pick up in 2021. Citigroup is expecting demand from this sector to rise to around 450 tons from 375 tons this year, while HSBC Securities projects a more modest uptick to 400 tons from 390 tons in 2020.

Social Trading: a Key Tool in the Democratisation of Finance

Are We on the Cusp of a Global Solvency Crisis?