Top Posts
Challenges Remain, But There Are Opportunities to Be Had in...
Interview with Mr. Olukayode Pitan, Chief Executive Officer and Managing...
Commodities Outlook for 2023
The Value of Cash in a Time of Crisis: How...
The US-Africa Leaders Summit: Fostering a Closer Relationship with the...
Three Key Sectors in Which to Invest in 2023
Home Banking What Would Scottish Independence Mean for Banking?
Banking 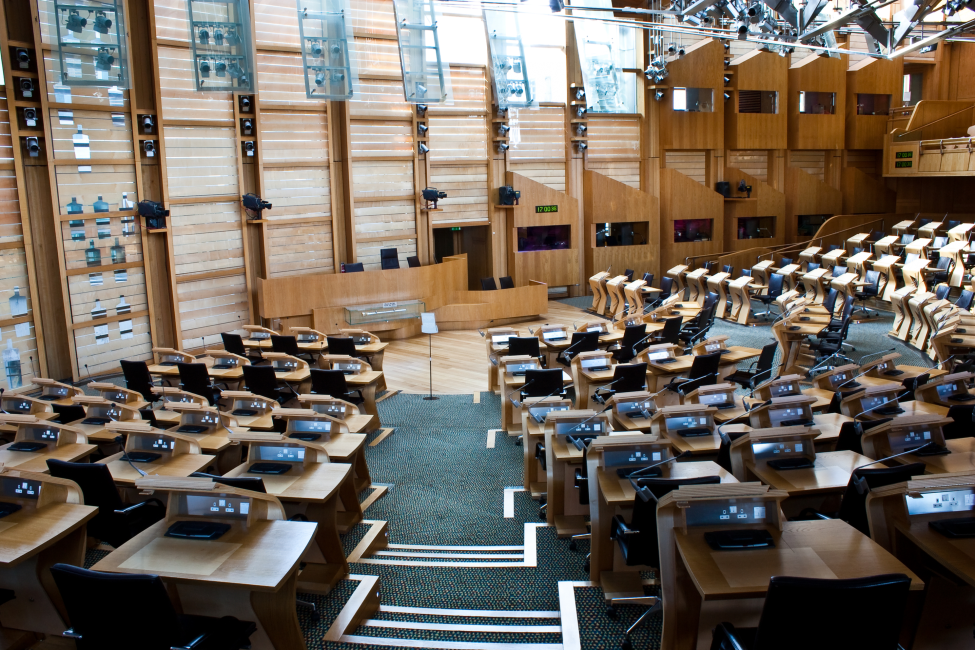 “Historic and extraordinary” was how Nicola Sturgeon, leader of the Scottish National Party (SNP), described her party’s fourth consecutive victory in the Scottish Parliament elections in May. The election results saw the SNP gain an extra seat to win 64 in total, in addition to gaining the largest share of the popular vote and largest number of constituency seats in any Scottish Parliament election. As such, the results inch the SNP ever closer to securing a second referendum on independence for Scotland.

Indeed, the SNP and the Green Party, both of which support independence for Scotland, won almost 56 percent of the seats in the Scottish Parliament, further underlining the strong case the pro-independence movement has built since the first referendum in 2014, which the pro-union side won 55.3 percent to 44.7 percent. “It is then [time] to kick-start and drive our recovery with an ambitious and transformative programme for government,” Sturgeon said, following her party’s resounding victory. “And, yes, when the crisis has passed, it is to give people in Scotland the right to choose their future,” she added, referring to the push the SNP would make to hold the second independence referendum.

Does that mean independence for Scotland is all but guaranteed? Not quite. Nonetheless, the election results illustrate just how strong a possibility it has become for an independent Scotland to emerge in the coming years; indeed, draft legislation sees the SNP pushing for a referendum on the issue by 2024. And should the party succeed in its goals, a newly independent Scottish nation will have major implications for the banking system. For one, a newly created, robust regulatory framework will be crucial in preserving the long-term health of a newly independent Scotland’s banking system. Given that the United Kingdom is not part of the European Union (EU) anymore and that it was never part of the eurozone, Scottish banks will most likely be subject to a local regulatory framework.

A 2018 report by the Sustainable Growth Commission (SGC), a body established by the SNP to assess projections for Scotland’s economy and public finances in the context of independence, recommends that two new institutions be set up—a Scottish Central Bank (SCB) and a Scottish Financial Authority (SFA), a financial regulator that would be an independent subsidiary of the central bank and would adopt many of the same responsibilities as that of the UK’s Financial Conduct Authority (FCA) and Prudential Regulation Authority (PRA); indeed, much of the regulatory organisation would be similar to that of the rest of the UK. “The supervisory culture and institutional structures in Scotland will remain closely aligned with the arrangements for the rest of the UK, and Scotland should aim to become a natural bridge between the rest of the UK and the EU,” the report stated.

According to “Setting up a Scottish Banking System”, a 2021 paper published by the cross-party pro-independence organisation Scottish Independence Convention (SIC), author Peter Ryan explains the crucial need to set up a Central Bank of Scotland in the transition period leading to independence, specifically to oversee the creation of a new Scottish currency and to be the competent authority providing regulatory oversight of the banking system. The paper outlines several concurrent activities that would then have to follow to deliver the new banking system, including issuing Scottish banking licences and creating a commercial banking system; setting up a Scottish payments system, including a Scottish Payments Initiation Service—a domestic payment system to replace Faster Payments and BACS (Bank Automated Credit System)—and a real-time gross settlement (RTGS) system; and creating a Scottish universal bank account for all people in Scotland “to provide the resilience that is missing in the UK banking system”.

Indeed, banking-sector resilience may well be the challenge that elicits the greatest concern, both before any future referendum and afterward, should Scotland secure independence. After all, the global financial crisis (GFC) was not too long ago, and similarly, small economies with outsized banking sectors such as Iceland suffered greatly at the hands of the infamous credit crunch. An analysis by the UK Government just prior to Scotland’s first independence referendum in 2014 found that Scottish banking-sector assets were equivalent to 1,254 percent of Scotland’s gross domestic product (GDP) at the time, which was larger than Iceland’s, Ireland’s and Cyprus’s when they ran into difficulties and much bigger than the 492 percent of UK GDP for the assets of the whole UK banking sector.

“This would raise questions about an independent Scotland’s ability to protect its savers and depositors in the event of a financial crisis,” the analysis stated. “In the 2008 financial crisis, the UK Government spent £45 billion recapitalising the Royal Bank of Scotland, and the bank also received £275 billion of state guarantees and loans. This combined support would have been equivalent to 211% of Scottish GDP (including a geographic share of North Sea oil) in 2008.”

But the SIC’s paper sees independence as a crucial opportunity to redesign the banking system to protect Scottish citizens from any future banking crises, with resilience very much at the heart of this new system. It also contends that setting up a universal bank account for every person in Scotland could provide much of this resilience. The paper thus proposes that an independent Scotland should introduce a central bank digital currency (CBDC), with the money held at the new central bank, where residents can open CDBC accounts in the new Scottish currency. This would ostensibly equip every resident with an electronic bank account without the risk of his or her bank going bust, thus strengthening the retail payment system by providing a digital alternative to commercial banks.

“What we want to happen is for Scotland to adopt a financial system that avoids damaging crises of the sort the world experienced in 2008 and ensures that, when global crises do recur, Scotland is able to avoid the worst effects of them,” the Scottish Banking and Finance Group’s Jim Osborne wrote in May 2021. Osborne recommends applying “credit guidance” measures to banks to direct private lending to strategically important and low-risk sectors of the economy, such as renewable-energy technologies, with liquidity support being provided by the central bank. “A framework like this would reduce the level of a bank’s own capital which would be required as ‘self insurance’ against a loan repayment default.”

And should the private sector be reticent to fund certain strategic projects, Osborne points to state-owned banks as being effective in providing capital and closing funding gaps. “Regional, local, community and mutual banks will be important because of their closeness to local economies and ability to understand what local businesses and communities’ needs are,” Osborne added. “The banking system also needs to meet the needs of the public for the safe custody of their savings, for making payments and to obtain affordable loans, so Scotland will need to restore local and mutual banks and savings banks, such as post office savings, which were once provided important community banking services.”

The domiciles of major financial institutions are likely to be fiercely debated, however, as was the case during the 2014 referendum. At that time, RBS (Royal Bank of Scotland) and Scotland’s largest private-sector employer, Lloyds Banking Group (including the Bank of Scotland, which it owns), both stated that they would move their headquarters to London in the event of Scottish independence. “While the scale of potential change is currently unclear, we have contingency plans in place which include the establishment of new legal entities in England,” Lloyds said. “This is a legal procedure and there would be no immediate changes or issues which could affect our business or our customers.”

But since 2014, RBS has renamed itself the NatWest Group and its chief executive officer is now based in London. What’s more, NatWest Group’s chief executive, Alison Rose, confirmed in April that the bank would move its headquarters to London in the event of Scottish independence. And other lenders with major presence in Scotland—such as HSBC, TSB Bank, Sainsbury’s Bank and Tesco Bank—either have foreign-domiciled headquarters or some components of their businesses located outside Scotland. The Clydesdale Bank is now under the ownership of the Virgin Money Group, which, although headquartered in Scotland, also includes non-Scottish domiciled businesses such as Virgin Money and Yorkshire Bank.

As such, the majority of the Scottish banking sector will be represented by non-Scottish institutions. According to Charlie Parker, managing director at investment management firm Albemarle Street Partners, moreover, should Scottish banks remain in Scotland, they would miss out on the quantitative-easing funds being dispensed by the Bank of England (BoE) at present as well as become less creditworthy.