Top Posts
Germany on the Brink of Recession as Russia Prolongs Gas-Supply...
Is It Time to Return to Bond Funds Again?
Ecuador Protests Pitted Lasso Government against Indigenous Peoples amid Soaring...
Tesla Job Cuts Reflect Precarious Health of Global Economy
Artificial Intelligence is the Future of the Banking Industry —...
Why Taiwan is Pivotal in Ongoing Global Geopolitical Tussles
Home Banking Who Will Win the Digital-Banking Race in Southeast Asia?
Banking

Who Will Win the Digital-Banking Race in Southeast Asia? 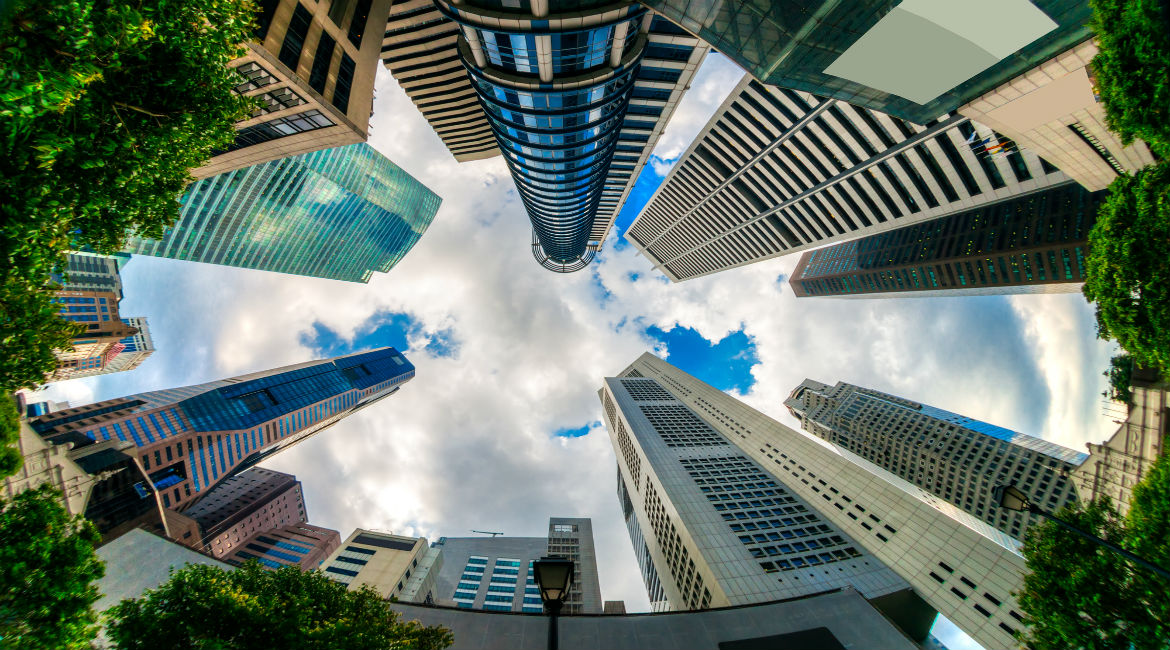 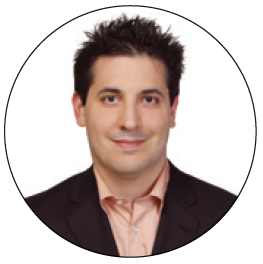 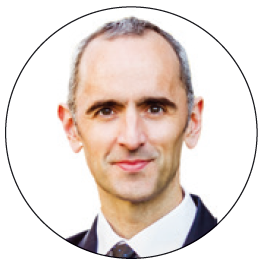 A unique confluence of factors is driving the development of a thriving fintech (financial technology) scene in Southeast Asia. With the exception of Singapore, Malaysia and, to a lesser extent, Thailand, Southeast Asian countries tend to be underbanked. Large segments of the adult populations of Indonesia, the Philippines, Vietnam, Myanmar, Cambodia and Laos don’t have access to the formal financial system. In total, there are about 600 million adults in the ASEAN (Association of Southeast Asian Nations) region without a bank account, representing 47 percent of the adult population. Just one-third of Southeast Asian SMEs (small and medium-sized enterprises) have access to loans or lines of credit.

Alongside the high rate of financial exclusion, Southeast Asian economies are largely youthful, have high rates of smartphone penetration and are growing fast. All of these factors make them attractive to fintechs. The ASEAN countries also tend to be friendlier to foreign fintech investment than their larger neighbours. For the most part, China has shut foreign fintechs out of its digital-banking ecosystem, while India has put up some steep regulatory hurdles of its own.

Since the fintech market remains nascent in Southeast Asia, there are no clear market leaders yet. There are, however, a handful of companies trying to position themselves for dominance. They include both traditional banks and fintech unicorns.

In June, Singapore’s MAS (Monetary Authority of Singapore) said that it would issue up to five digital-banking licenses that would help provide affordable banking services to underserved-market segments. Two of the licenses will be fully digital-bank licenses. Those will permit the licensees to take retail customers’ deposits and provide them with a wide range of financial services. The remaining three will be wholesale-bank licenses that will allow holders to serve SMEs and other non-retail segments. Singapore’s traditional lenders are not always keen to provide SMEs with attractive lending terms.

A wide array of digital-banking players are likely to apply for the licenses. They include ride-hailing giant Grab, the digital wallets Liquid Group, Xfers, MatchMove Pay and FOMO Pay, and peer-to-peer lender Validus Capital. Non-financial firms that are expected to apply include gaming-hardware manufacturer Razer and telecom giant Singtel (Singapore Telecommunications Limited).

While the licenses will be valid only in Singapore, a viable business model in the city-state could be reproduced elsewhere in the region. Singapore’s location and strength as an international financial centre make it the obvious choice for a regional digital-banking base.

Meanwhile, the Uber clones of Southeast Asia, Singapore-based Grab and Indonesia-based Gojek, are racing to reinvent themselves as digital banks. The two fintech unicorns have warily watched Uber’s disappointing performance since going public earlier this year. The Uber IPO (initial public offering) has proven that an unprofitable ride-hailing company isn’t all that attractive to public markets.

Keen to maintain the confidence of their deep-pocketed VC (venture-capital) backers, Grab and Gojek are going all in on digital banking. Compared to being a taxi service in all but name, or delivering food, digital banking does augur better prospects. If they can capture sufficient market share in the ASEAN region, the two fintech unicorns just may eventually justify their sky-high valuations.

Gojek’s fintech arm Go-Pay is growing fast. Transactions reached US$6.3 billion through the end of 2018, 30 percent of Indonesia’s total, according to company data. Go-Pay has 4,000 merchant partners.

Cooperation and co-opting For all the bromides about fintech “disruption”, there is little sign in Southeast Asia of digital upstarts uprooting incumbents. Simply put, that’s often because there’s not much of an incumbency to disrupt. The situation could not be more different than in the world’s rich countries, where traditional banks have deep roots.

In the more developed ASEAN economies, regulators tend to be fintech friendly—but not to the extent that any real disruption can occur. Notably, Singapore has set the bar high for virtual-banking licenses. Digital-banking subsidiaries must have a minimum paid-up capital requirement of S$100 million, while the parent banks must meet a S$1.5-billion capital requirement. The message is clear: This is not an invitation to overturn the established order.

Singapore’s biggest banks—DBS, OCBC (Oversea-Chinese Banking Corporation) and UOB—should weather the challenge from virtual banks well. Those three banks not only have strong digital capabilities but are moving to cooperate with—and co-opt—new competition.

In November 2018, as it entered the Singapore market, Gojek established a strategic partnership with DBS that will see the two companies work together in a combined regional expansion effort. Gojek’s home market of Indonesia, where the ride-hailing giant has an e-money license issued by the central bank, will be integral to those expansion plans.

The partnership has the makings of a win-win. Indonesia is the ASEAN’s largest country, by economy and population. It is growing fast (around 6 percent annually), but it is starting from a low baseline and, therefore, has tremendous potential going forward. Gojek is a novice to banking but plans to rely on it for future growth. As one of Singapore’s most successful banks, DBS could play a vital role in Gojek’s planned transformation from an unprofitable ride-hailing company to a successful digital bank. For its part, Gojek has vast amounts of user data that DBS could use to boost online lending to small businesses and consumers.

Not be outdone, Gojek’s archrival Grab established a strategic partnership with UOB last November. Under the terms of the agreement, UOB will support Grab with a variety of financial services, including regional and centralized treasury-management solutions, workplace banking services and fleet financing. Grab will also be a strategic partner of UOB’s in the Singapore banking sector and in the credit-card segment in Singapore, Indonesia, Malaysia, Thailand and Vietnam.

Looking ahead, Grab has a key advantage in its competition with Gojek across Southeast Asia: its acquisition of Uber’s Southeast Asia business. That deal, which was closed in 2018 for an undisclosed sum, gave Grab a strong foothold in the most important ASEAN markets. Currently, Grab leads the ride-hailing segment in Singapore, Malaysia, the Philippines and Vietnam.

Meanwhile, the United Kingdom’s challenger-bank sensation Revolut entered Southeast Asia in October, with Singapore as its regional headquarters. Revolut’s arrival in Singapore marks the first time that a European challenger bank—and a unicorn, at that—competes in an Asian market. As of September, Revolut said it had seven million customers and had processed more than £40 billion in transactions. The London-based company’s valuation stands at US$1.7 billion. It has announced its intention to raise up to an additional $500 million this year from investors.

Like Gojek and Grab, Revolut is looking to financial-industry incumbents to boost its growth prospects. In September, Revolut announced a global partnership with Visa to support its international expansion efforts, with Southeast Asia as one focus. Partnering with Visa will allow Revolut to issue Visa-branded cards in Singapore, Indonesia, Malaysia, the Philippines, Thailand and Vietnam. Jack Forestell, Visa’s chief product officer, well summed up the value of Revolut’s partnership with the world’s largest issuer of credit cards in a statement. “With Visa being accepted at nearly 54 million merchant locations across more than 200 countries, we have the scale, experience and expertise to help fintechs like Revolut go global,” he said.

Ultimately, there are many firms which could potentially play a dominant role in Southeast Asia’s ascendant digital-banking market. Since the market remains at a fledgling stage, it is unclear just yet who those companies are. One thing is certain though: The biggest winners will be the SMEs and consumers who will benefit from new, customer-first digital-banking models.

Thanks for sharing your info. I truly appreciate your efforts and I am waiting for your further post thanks once again.