Top Posts
Can the Indo-Pacific Economic Framework Expand US Economic Influence in...
Banks Remain Uniquely Vulnerable to Sophisticated Cyber-Attacks
Western Banks Willing to Accept the Short-Term Pain of Russian...
Why the US Is Ramping Up Its Presence in Somalia...
How Technology Is Helping to Solve Global Supply-Chain Issues
UK Inflation Climbs to Fresh 40-Year High
Home Banking Why Africa Is the next investment opportunity
Banking 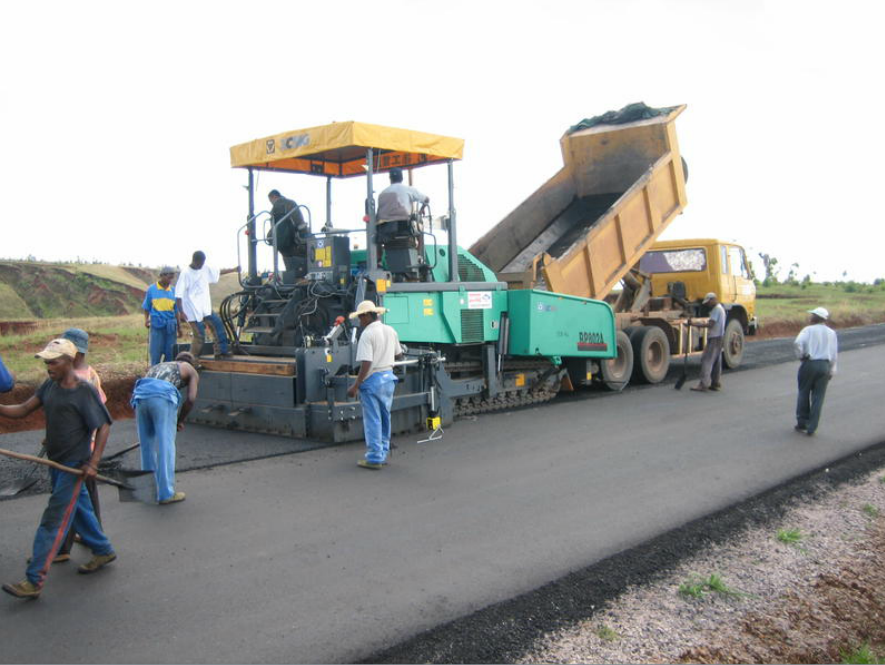 Six months ago Africa graced the cover page of the Economist – the weekly newspaper had a 14 page special report about Africa as “the World’s Fastest-Growing Continent.” In contrast, the newspaper’s May 2000 cover on Africa was titled “The Hopeless Continent.”. This indicates that much has changed in the intervening years. Positive coverage by The Economist, McKinsey & Company, the World Bank, and other organizations in recent years has generated interest in Africa and elicited questions from prospective investors seeking to participate in this growth phase.

Although growth in part was driven by the commodities boom in China, increasingly, since the early 1990s, endogenous and more sustainable factors are driving growth and making a case for Africa as an attractive destination. Increasingly, endowments, foundations, pension plans, private equity firms, and family offices are investing in Africa. If you are a broker with clients who have an interest in emerging and frontier markets, consider an Africa investment strategy. However, your clients should be aware that Africa is a relatively illiquid market which requires patience and a long-term investment horizon. Below are some of the reasons why U.S. institutional investors and family offices are increasingly investing in Africa.

While there are some exceptions, since the early 1990s, Africa has experienced slow but growing political stability and an expansion of democratization. The level of accountability of most governments in Africa improved in the 15 year period between 1990 and 2005. More recently, the 2013 Ernst & Young Africa Attractiveness report notes that the number of periodic democratic elections being held in Africa has increased markedly. Since 1990, more than 30 political parties or leaders have been replaced through democratic elections. Notable recent examples include: the 2013 presidential elections in Kenya, the 2011 presidential elections in Zambia, and the 2012 elections in Ghana.

Between 1995 and 2011, Africa’s gross domestic product (GDP) tripled from $516 billion (U.S. dollars) to $1.9 trillion (U.S. dollars) according to the 2012 Earns & Young Africa by the Numbers report. While, some of the growth was driven by increased exports due to China’s demand for commodities, better macroeconomic management has greatly improved national accounts across the continent. Better economic management has enabled sustained growth in the African region –with the region showing improved resistance to external shocks in recent years compared to previous decades. While growth dipped slightly in 2009, growth maintained an upward trajectory through the global financial crisis.

According to the World Bank, debt as a percentage of GDP peaked at over 75% in 1994 and decreased sharply in the 2000s.  It has remained below 25% of GDP since around 2005. Moreover, a reduction in external and foreign currency denominated debt has generally reduced the incidents of currency crises and other external shocks.

Inflation management has improved markedly over the past two decades, with the World Bank forecasting that most countries in Africa will have single digit inflation over the next few years. Increasingly in recent years, central banks have been prudent in tightening monetary policy in response to inflationary pressures. Notable examples include monetary tightening by Malawi (in response to a crisis that resulted in the country abandoning its fixed exchange rate regime), Uganda (caused by the combination of high food and fuel prices, and loose monetary policy beginning in 2009), and Kenya (inflation rapidly accelerated in 2011 due in part to high food prices). Better inflation management increases confidence, which in turn increases savings and investment rates, resulting in higher growth.

Africa’s underinvestment in infrastructure (electricity, telecommunications, roads, ports, etc.) for decades means that there will be strong demand for infrastructure for years to come. With increased political stability, governments are focusing on improving infrastructure to expand growth. Recent trends in infrastructure will position the Africa region for sustained growth in the future.

Lastly, the increased involvement of development finance institutions such as the African Development Bank, and the International Finance Corporation improves governance, reducing the impact of corruption on such projects.

Increased infrastructure investment over the past decade has improved telecommunications (resulting in increased mobile penetration rates, and follow on industries such as mobile banking), ports management, railways, and roads.  Rwanda, Kenya, Morocco, and Nigeria are notable examples of countries making progress on this front.

With improving infrastructure, more farmers will have access to markets, retailers will have lower transportation costs which can be passed on to consumers, and consumers have better access to goods and services.   Such enhancements raise the growth potential of impacted countries.

A 2010 study by McKinsey & Company indicated that 52 cities in Africa have populations of 1 million or more, and that 40% of the African continent’s population now lives in urban areas. This is similar to the urban population in China and higher than India’s urban population of 30%.  The Economist expects this population to increase by 50% by 2030.

A 2012 report by McKinsey & Company forecast that Africa’s consumer related sectors would grow “by $400 billion by 2020.”  Increased urbanization will add new consumers for a range of products including: clothing, food and consumer goods. The beer industry is a good example of the increasing importance of the African consumer. In recent years, global beer manufacturer’s SABMiller, Diageo and, Heineken have been competing for market share in Africa’s beer market, with manufacturers increasingly implementing differentiated marketing campaigns to capture the different segments of Africa’s beer market (for example, beer brands now specifically target affluent, low income, and female segments of the market).

Another benefit of urbanization and population growth is increased demand for real estate (residential, commercial and retail), with an imbalance between demand and supply for real estate expected to continue for the extended future across the region. Nigeria, Ghana, Mozambique, and Kenya offer some of the best opportunities for real estate investors.

According to McKinsey & Company, by 2008 more than 85 million African households were earning an annual income of $5000 or more. The company notes that this income level is important because above this threshold households begin to spend more than half of their income on discretionary purchases.

An expanding middle class (whose growth will continue to be driven by increased urbanization, population growth, and private sector growth), will increase demand for services that historically have not had high demand.

One notable impact of a growing middle class is increased demand for financial products. As incomes rise, middle class households begin to seek financial security by saving (banking services) and purchasing insurance. They incur debt for purchasing homes (mortgages), business loans, and funding their children’s education. The expected growth and diversification of the financial services sectors across the African continent presents a significant investment opportunity.

The above trends have materially expanded choices for investors.  Over the past decade, and more so in the past five years, the opportunity set for investing in Africa has expanded beyond resources. Retail and institutional investors now have a broad range of investment options including: Private Equity, Agriculture, Real Estate, Impact Investing, and Fixed Income, and Equities.  In addition to the proliferation of Pan-Africa and Africa frontier market strategies, Emerging market and Frontier market managers are boosting their exposure to Sub-Saharan Africa (SSA), thus offering another option for investors wanting to gain exposure to Africa.