Top Posts
How Gamification is Catapulting Digital Banking to the Next Level
Challenges Remain, But There Are Opportunities to Be Had in...
Interview with Mr. Olukayode Pitan, Chief Executive Officer and Managing...
Commodities Outlook for 2023
The Value of Cash in a Time of Crisis: How...
The US-Africa Leaders Summit: Fostering a Closer Relationship with the...
Home Banking Why Apple Has Acquired a UK Open Banking Fintech Firm
Banking

Why Apple Has Acquired a UK Open Banking Fintech Firm 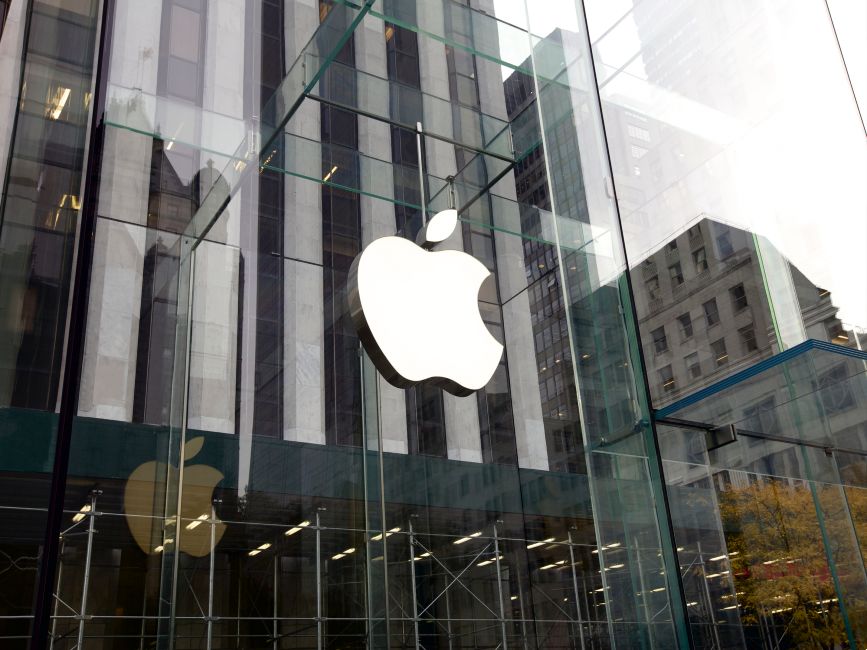 With little fanfare accompanying the move, popular cryptocurrency media publication The Block reported on March 23 that US tech giant Apple had acquired Credit Kudos. The acquisition had reportedly closed earlier that week, with Credit Kudos valued at $150 million. But as of today, there remains some speculation over exactly why Apple decided to make this particular move.

Credit Kudos is a UK-based open-banking start-up that helps lenders make better decisions and deliver finely tuned credit scores. According to the company’s website, its intelligent products “enable businesses to leverage Open Banking to enhance affordability and risk assessments”, while its predictive insights are built by combining transaction and loan outcome data. It had previously raised £5 million in a Series A funding round in April 2020, which AlbionVC led with total funding of £7.8 million. “Our products help lenders streamline underwriting, improve accuracy in decision-making, and support customers after acquisition through our engagement tools,” the fintech (financial technology) firm adds. It does much of this through its application programming interface (API), which accesses the UK’s Open Banking platform to analyse bank-account data, which can then be used to support banks make faster and better decisions when dealing with customers seeking loans and other financial services.

The company is authorised by the Financial Conduct Authority (FCA) and counts financial firms Curve, Admirals and Atom amongst its users. Indeed, Atom announced in March 2021 that it would partner with Credit Kudos to further boost open-data capabilities for business-loan affordability assessments to deliver more than £1 billion ($1.4 billion) in lending during the following two years. “Over the past year it’s been increasingly difficult for lenders to understand the current financial situation of individuals and businesses,” said Credit Kudos’s founder, Freddy Kelly, of the partnership. “Traditional credit reports are not up-to-date or extensive enough, but open banking data allows us to provide lenders with a real-time, holistic overview of an individual or businesses’ finances, as well as a prediction of future circumstances. Our partnership will help Atom Bank make significant advances to its services and support even more small businesses in the coming months and years.”

So, what specifically about such a business model has garnered the attention of Apple, then? In short, it’s difficult to make any firm conclusions at this stage. “Apple has a habit of acquiring something and then going silent for two years. Expect the same here,” Simon Taylor, co-founder of digital challenger consultancy 11:FS, told fintech news publication AltFi. Nonetheless, this lack of clarity hasn’t stopped AltFi from positing potential motivating factors underpinning the acquisition, having discussed it with a number of industry insiders. It posits that the most likely explanation is that Apple is eyeing the launch of its credit card in the United Kingdom. Having rolled out Apple Card in the United States in partnership with Goldman Sachs, the tech giant could now potentially be setting its sights on the UK. Given Credit Kudos’s specialism—providing a rapid alternative to traditional credit scoring via open-banking methods—AltFi contends that it could be possible that Apple wants to bring its services in-house to support the launch of its new product in the UK.

But not everyone is convinced that this is Apple’s main aim. “A few folks have suggested this could be a way to launch Apple Card (or path to Apple Card) in the UK,” according to Taylor. “The idea being lower-income segments would be worthy of an Apple Card. This is no doubt a possibility, but it’s also an expensive market entry for what could have just been a partnership with an issuer like they did in the US.” Ron Shevlin, chief research officer at Cornerstone Advisors, also sees this as unlikely. “This seems highly improbable to me. Apple still needs a chartered financial institution to partner with in the UK in order to offer its credit card,” Shevlin wrote in a recent Forbes article. “Just as Goldman Sachs provides the credit underwriting models for the Apple Card in the US, a UK financial institution is likely to bring its own credit models to the table for a UK-based Apple Card offering.”

Perhaps a more likely explanation for the purchase can be found in a March 30th article from Bloomberg titled “Apple Working to Bring More Financial Services In-House”. The company’s initiative is being dubbed “Breakout” and reportedly involves developing its own payment-processing technology and infrastructure for future financial products, thus lowering its reliance on external partners over time. “A multiyear plan would bring a wide range of financial tasks in-house,” the article stated, based on the information it had received from unnamed sources. It also identified payment processing, risk assessment for lending, fraud analysis, credit checks and additional customer-service functions such as handling disputes as some of the key services being targeted by Apple. “Last week, Apple acquired U.K.-based start-up Credit Kudos Ltd., which uses bank data to make lending decisions. The company will likely tap that technology to help build its own infrastructure,” it added.

With Apple seemingly stepping up its efforts to bring a range of financial services in-house, it would certainly seem that the acquisition of an open-banking company that improves loan-underwriting capabilities would help it achieve its financial-services ambitions. According to Tom Noyes, the chief executive officer and founder of crypto start-up Accept Payments and partner at investment firm StarPoint LLP, moreover, such moves are part of a broader strategy from Apple, which includes: owning the payments “supply chain” by minimizing any external vendors (software) and partners touching consumer data; enabling expansion of Apple Card; reducing network costs and improving integration into local schemes such as India’s Unified Payments Interface (UPI); improving consumer experience by enabling Apple Cash in every market and connecting to local schemes; and enabling iPhone expansion to areas without adequate access to consumer credit.

Is It Time To Get Algorithmovigilant and Confront Automation Bias?