Top Posts
Interview with Mr. Olukayode Pitan, Chief Executive Officer and Managing...
Commodities Outlook for 2023
The Value of Cash in a Time of Crisis: How...
The US-Africa Leaders Summit: Fostering a Closer Relationship with the...
Three Key Sectors in Which to Invest in 2023
Three Key Stocks in Which to Invest in 2023
Home Banking Why Bank Deposits Are at Record Levels
Banking 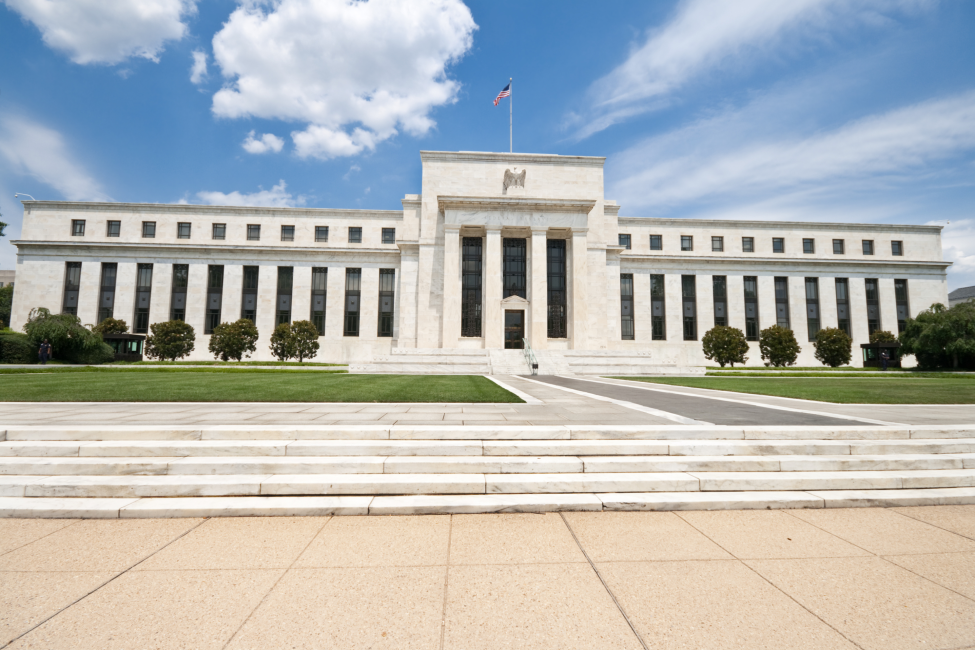 Since the onset of the coronavirus outbreak, bank deposits of households and companies across the world have swelled to levels never seen before. This situation stands in stark contrast to the similarly pronounced global financial crisis (GFC) between 2007 and 2009, when deposit levels at banks declined amidst a debilitating global credit crunch. But today, as the pandemic continues to shutter businesses and restrict households, deposits at banks continue to balloon—and perhaps most concerning of all is that this expansion shows no signs of slowing down.

“Any way you look at it, this growth has been absolutely extraordinary,” Brian Foran, an analyst at Autonomous Research, told CNBC last July. “Banks are flooded with cash; they’re like Scrooge McDuck swimming in money.” But if deposits had reached unprecedented levels back then, it has only become even more concerning since then.

Source: Board of Governors of the Federal Reserve System (US)

According to the Quarterly Banking Profile (QBP), which provides a comprehensive summary of financial results for all US institutions insured by the Federal Deposit Insurance Corporation (FDIC), deposits grew by $635.2 billion during the first quarter of 2021 to reach a whopping $18.5 trillion. This is 3.6 percent higher than last year’s fourth quarter and thus underlines the startling pace at which deposits have grown over the last few quarters. “Among deposit categories, deposits above $250,000 (up $424.8 billion, or 4.7 percent) and noninterest-bearing deposits (up $371.1 billion, or 8.1 percent) grew most from the previous quarter,” the publication also reported. “Deposits as a percentage of total assets reached a record high for the QBP of 81.8 percent in first quarter 2021.”

The country’s biggest banks, such as JPMorgan Chase and Citigroup, have been on the receiving end for much of this deposit-inflow onslaught. For one, such megabanks have the largest customer bases, and so they have had to accommodate more deposits from a sheer size perspective. But more than that, these banks also have a major custodial presence that has proven extremely handy in supporting those major asset managers who have been buying up bonds and mortgage-backed securities as part of the US Federal Reserve’s quantitative-easing programme. By serving as custodians for the likes of BlackRock and Fidelity, therefore, banks have experienced a huge influx of deposits. And government stimulus efforts, such as the Paycheck Protection Program (PPP) to financially support small businesses, have also meant that billions of dollars initially ended up in the accounts of companies that facilitated such loans.

Ultimately, the flood of cash has become so excessive that several of the biggest banks in the United States have advised their corporate clients in recent weeks to move their money out of deposits, with JPMorgan and Citigroup recommending money-market funds instead. “Many of the institutions that I speak to are actively looking at the value of corporate clients…which ones from an overall perspective, [are] more or less profitable,” Jai Sooklal, co-head of finance for the Americas at the consultancy Oliver Wyman, told the Financial Times in early May. Such lenders are now facing particularly tough headwinds thanks to the recent lifting of a temporary COVID-era rule that excluded US Treasuries and cash from lenders’ supplementary leverage ratio (SLR) requirement calculations. As such, they now have to be extra careful to ensure the amounts of deposits they hold don’t exceed regulatory thresholds.

So, what’s behind this massive flood of cash banks continue to experience? In a “word”: Covid. Through interventionist measures such as fiscal-stimulus checks, expanded unemployment benefits and business loans, governments all around the world have injected hundreds of billions of dollars into the global economy to support the losses of income of households and revenue of small businesses. Central banks have also intervened to stabilise financial markets and encourage bank lending through often massive asset-purchase programmes. But, ultimately, the uncertainty that has pervaded economies globally has underpinned the decision taken by most to hoard their cash in the form of deposits, with greater savings activity being stimulated by the heightened uncertainty surrounding the pandemic and future economic prospects. This has meant there has been significantly less inclination by companies and households to invest and purchase certain types of goods. Citing research by Mody et al. (2012), the OECD (Organisation for Economic Co-operation and Development) observed that changes in the unemployment rate—a proxy for variation in economic uncertainty—raise precautionary savings levels and are likely to persist.

With containment measures preventing certain household purchases during a time when income stability has been rocked, moreover, greater amounts are being redirected into savings and bank deposits. According to Ane Kathrine Christensen, Alessandro Maravalle and Łukasz Rawdanowicz from the OECD Economics Department, those containment measures will most likely have constrained consumption of certain high-ticket services by wealthy households who tend to spend a higher share of their incomes on such impacted services as international travel, restaurants and cultural events.

COVID-19 restrictions, therefore, seem to have motivated a greater propensity to save, although this is likely to be a temporary trend, with the eventual lifting of containment measures expected to support stronger demand once more. “Indeed, so far, growth in deposits was concentrated in the March-May period, when strict lockdown was in force in many countries,” the OECD economists observed. “In the following months, until the recent reintroduction of containment measures, the rate of growth in deposits of both households and NFCs slowed in most countries, though it remained above the average rate over the same period in the past five years.”

Some hold the view that as the pandemic generated significant concerns over economic disruptions and unemployment across the world, households boosted their savings amounts as a precautionary measure, with much of those extra savings flowing into bank deposits. As such, some research suggests that there is a significant correlation between those areas, regions and countries with greater COVID-19 intensity and the level of bank deposits. “Given well documented differences in COVID-19 infection rates across US counties and assuming that these differences translate into cross-county differences in concerns about future income, the precautionary savings view suggests a positive relation between COVID-19 cases and bank deposits at the county level,” according to an October 2020 working paper from the National Bureau of Economic Research (NBER). “Furthermore, the COVID-19 driven increase in local deposits will reduce local deposit interest rates, as long as there is some segmentation of banking markets.”

Furthermore, potential hits to revenues have prompted companies to hold more cash and raise liquidity buffers as precautionary measures. Indeed, once lockdowns were initiated across the world towards the end of first-quarter 2020, several major companies began to hoard cash by withdrawing billions from their existing lines of credit and parking this money with banks. The issuance of corporate bonds and government-sponsored loan programmes have only further added to the mountain of corporate deposits in this regard. As the OECD reported in December, the size of the resources made available to businesses through government-sponsored loan programmes (loans and guarantees) at the time was “above 10% of 2019 GDP in Canada, France, Germany, Italy, Japan, Spain and the United Kingdom”. And while tax-deferral schemes implemented during the crisis may have helped businesses and households boost their liquidity, they may also have triggered more activity to meet postponed tax obligations. “Tax deferrals are officially estimated to be high in some countries, exceeding, for example, 13% of GDP in Italy (including the effect of the moratorium on payments to private companies) and close to 5% of GDP in Japan,” the OECD economists noted.

Shifting banking industry trends during the pandemic are also very likely to be responsible for the excess deposits now sitting on banks’ balance sheets. “Most lenders now prefer to deposit their savings in legacy banks, but have opted…for borrowing from quicker online lending sites. Digital lending is on the rise,” the financial-services firm Garnet Capital Advisors observed in March. “This has left banks with excess deposits, all the while starved for loans.”

It should be stressed that much of the world is experiencing similar trends in ongoing deposit growth. India, for example, recently reported massive deposit inflows for the full-year to March 2021. According to the Reserve Bank of India’s (RBI’s) latest Scheduled Banks’ Statement of Position in India, deposit growth of scheduled banks—that is, banks in the country that meet certain minimum regulatory thresholds determined by the RBI—climbed by 11.19 percent during this period. The increase in overall deposits is partly attributable to outflows from equity mutual funds, which suggests that investors are switching to more liquid assets in favour of a risk-averse approach, according to CARE Ratings.

But this mountain of deposits is unlikely to remain a problematic feature of the banking sector for too much longer. “We’ve had record savings rates since the beginning of the pandemic, but this influx of deposits is not permanent,” an FDIC official recently acknowledged. “As the economy continues to expand due to consumers and businesses starting to spend again, we will see a significant moderation in growth.” The official added that the agency would continue to monitor deposit trends in the meantime. This should be good news for the largest US banking institutions. Nonetheless, given the sheer weight of stimulus that has been pumped into the global economy over the last 15 months or so, there is every chance that excess deposits could be parked with banks for years to come.

Digital Innovation in Financial Services Requires a Focus on Your People