Top Posts
Designing the Next-Generation Banking Treasury Management
Is the US Finally Warming to the Possibility of Creating...
Enabling the Drive Toward Green Finance with Technology
Why Have Tin Prices Struggled in 2022?
The Devil We Thought We Knew
How China Has Managed to Avoid the Inflation Bug
Home Banking World Economic Forum discussion on rebuilding trust in finance (Video)
Banking 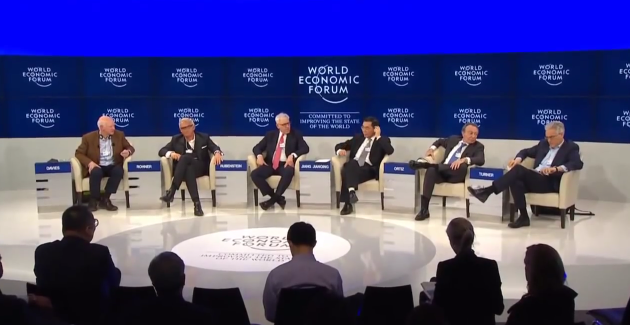 The annual meeting of the World Economic Forum was held at Davos from January 21 to 25. In one of its sessions “Rebuilding trust in finance” speakers from different continents discussed the steps needed to be taken by the regulators, bankers and the governments to regain the trust of the clients, investors and the public.

While introducing the subject Professor Howard Davies, Professor of Practice, Foundation Nationale des Science Politiques, recalled the bankruptcy of Lehman Brothers five years ago and the dwindling credibility of banks and other financial institutions ever since.

Perceptions of the banking industry by the public, based on a survey conducted recently in the UK, were discussed. The survey confirms that people’s trust in banks has plunged to a new low.

Almost 71% of people surveyed think that banks are yet to learn their lesson from the global financial crisis. Most people expect very little from the ongoing “parliamentary inquiry into banking ethics”, with only 26% feeling confident that it will result in some positive changes among the UK’s banking institutions. Most people surveyed were unhappy about unhealthy, large, bonuses.

Howard Davies posed the questions about why there is still a problem of trust six years after the crisis and what steps and regulations are needed to rebuild the credibility.

Jiang Jianging, Chairman of the Board, Industrial and Commercial Bank of China, explained the steps taken by Chinese banks and the regulators with a focus on better risk management, rights of customers, reestablishing regulations, as well as traditions. He mentioned that more steps are certainly needed, including the Basel3 norms to reestablish trust.

Guillermo Ortiz, Chairman of the Board of Banorte in Mexico, talked about domestic financial dislocation suffered by Mexico along with other emerging market countries and the legacy issues and problems of dedication and behavior in a few cases.

Urs Rohner, Chairman of Credit Suisse Group, explained in greater depth about the collapse of faith in the banking industry in Switzerland and the steps underway to regain its credibility.

David M. Rubenstein, Co-Founder and Co-CEO Carlyle Group, as well as Co-Chair of the Governors Meeting for Investors 2014, spoke about how people may like their own bank and simultaneously hate the banking industry because of the headlines declaring huge bail outs and scandals. While the US extended bail out to mainstream banks, the private equity firms were left outside the scope of the funding. This helped private equity to retain reputation to some extent. Mr. Rubenstein explained that banks could not be popular universally like brand leaders such as Starbucks.

J. Adair Turner, Senior Fellow, The Institute for New Economic Thinking, INET, UK talked about how in spite of a history of crashes, bankers and regulators fell in love with the theory of efficient markets.

Discussions also focused on how the LIBOR scandal further affected the credibility of the financial system and conduct and behavior of the individuals affected reputation risk for the banking and other financial institutions. It was also pointed out that Financial stability report of the IMF in 2006 had failed to caution the world on impending financial crisis.

Broad agreement was apparent about the need for stronger regulations and the prolonged effort required, as trust building would take time. In view of the emergence of widespread international banking, the need for global harmonization of the regulations was emphasized. It was pointed out that the “Balkanization” i.e. country specific piecemeal regulations at provincial and national level, would not help trust building at all.

Summing up the discussion, the moderator told that trust building would need more time and dedication in many parts of the developed world.

Jiang Jianqing, Chairman of the Board, Industrial and Commercial Bank of China, People’s Republic of China; Co-Chair of the World Economic Forum Annual Meeting 2014

Guillermo Ortiz, Chairman of the Board, Banorte, Mexico; Global Agenda Council on the International Monetary System

Urs Rohner, Chairman of the Board of Directors, Credit Suisse Group, Switzerland