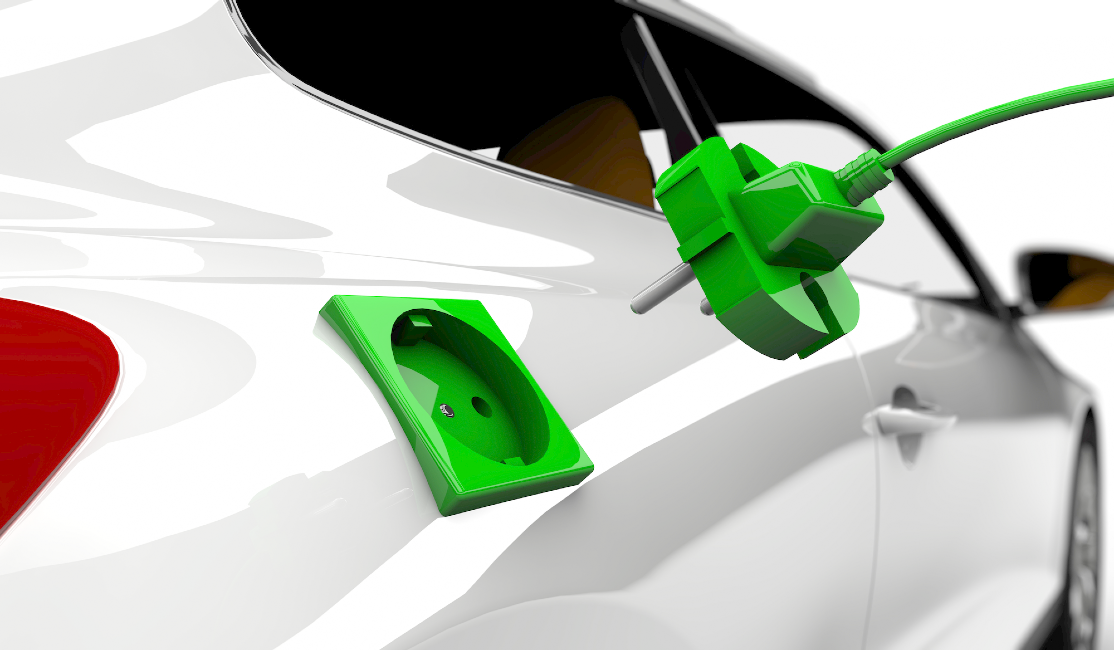 Due to the unique challenges that have arisen from the pandemic-induced lockdowns, 2020 has been a tough year for many industries around the world—not least for the auto industry. As COVID-19 cases continue to emerge in earnest, government restrictions that remain in place to this day throughout much of the world have ensured that consumer confidence has remained almost continuously subdued since March. And as such, demand for cars worldwide has taken a spectacular nosedive.

Among the gloomiest stories that have emerged from the industry include Nissan deciding in the second quarter to comprehensively slash global vehicle production by 20 percent by the end of its 2023-24 fiscal year and crude-steel production in North America during the first half of the year being recorded at just 50.2 million metric tonnes, a hefty 17.6 percent lower than that of the same six-month period in 2019. 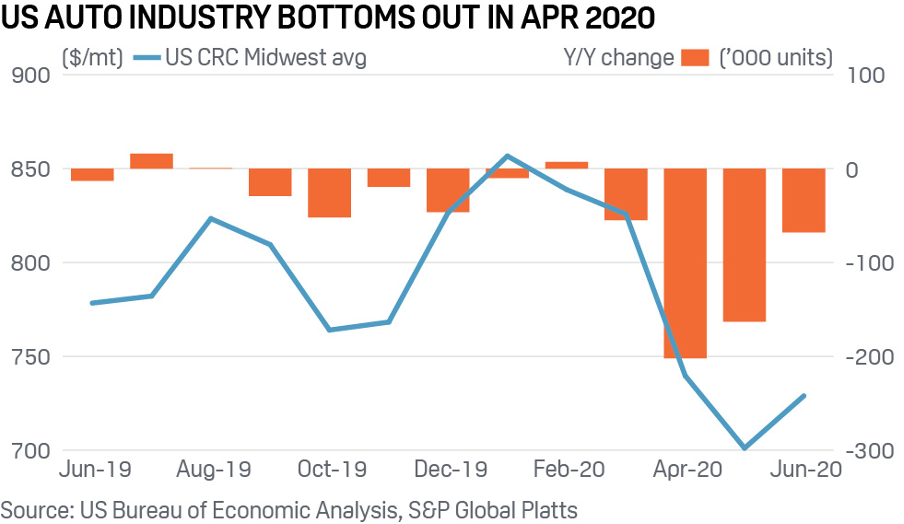 US car sales and US cold-rolled coil prices

But despite the overwhelmingly bearish sentiment that has pervaded the global auto industry during this time, electric vehicles (EVs) have remained a distinct silver lining, extending an already impressive growth trajectory spanning much of the 2010s.

Indeed, electric cars experienced phenomenal adoption over the last decade, expanding every year by at least 60 percent—except in 2019, when China introduced regulations that significantly hindered new start-up manufacturers from entering the market and cut electric-car purchase subsidies by about half. Nonetheless, global sales of electric vehicles still managed to reach almost 2.2 million last year, which at 2.6 percent represents its highest ever share of the global car market. The total stock of electric cars sat at 7.2 million at the start of the year, 47 percent of which were in China. As such, the stock of electric cars registered a 40-percent annual increase last year.

Leading the way, of course, is Tesla, which has garnered most of the attention as the leader for the transportation industry’s transition to zero emissions. Its Roadster was the first approved lithium-powered EV on the roads back in 2008. And led by the enigmatic Elon Musk, it has been at the forefront of the industry ever since, with the last year or so experiencing significant breakthroughs. Indeed, the first nine months of the year saw Tesla stock surge by a staggering 450 percent, and today the company’s market capitalisation is even bigger than that of Toyota. Other prominent players in the space, meanwhile, include the likes of NIO and Nikola Corp.

But it would not be entirely honest to assert that the electric-vehicle market has been completely immune from COVID-19 this year, as the pandemic did clearly trigger a major decline in electric-car sales in some markets, especially earlier in the year. In April, sales in the United States, for instance, were just half of where they were a year earlier. And sales in China fell to some 16,000 vehicles in February, which was around 60 percent less than a year previously. But by April, a strong recovery had set in, with Chinese electric-car sales around 80 percent of April 2019 levels.

Nonetheless, EV markets have shown significant resilience in the face of tough operating conditions, especially in Europe, where 2020 is the target year for the European Union’s (EU’s) carbon-emissions standards, which limit average carbon-dioxide (CO2) emissions per kilometre driven of new car sales. As the International Energy Agency (IEA) observed, in the largest European car markets combined (France, Germany, Italy and the United Kingdom), “sales of electric cars in the first four months of 2020 reached more than 145 000 electric cars, about 90 percent higher than in the same period last year”.

The second quarter of 2020 saw the market share of electrically chargeable vehicles increase to 7.2 percent of total EU car sales, compared to a 2.4-percent share during the same period last year, according to the European Automobile Manufacturers Association (ACEA). “From April to June 2020, registrations of electrically-chargeable vehicles (ECV) rose by 53.3% to 129,344 new cars across the EU,” the industry association observed. “This resulted in the overall market share of ECVs going from 2.4% in 2019 to 7.2% in the second quarter of 2020. Sales of plug-in hybrids (PHEV) provided a strong boost to this growth (+133.9%) with 66,128 new cars. The increase in registrations of battery electric vehicles (BEV) was more modest (+12.7%), totalling 63,216 units.” 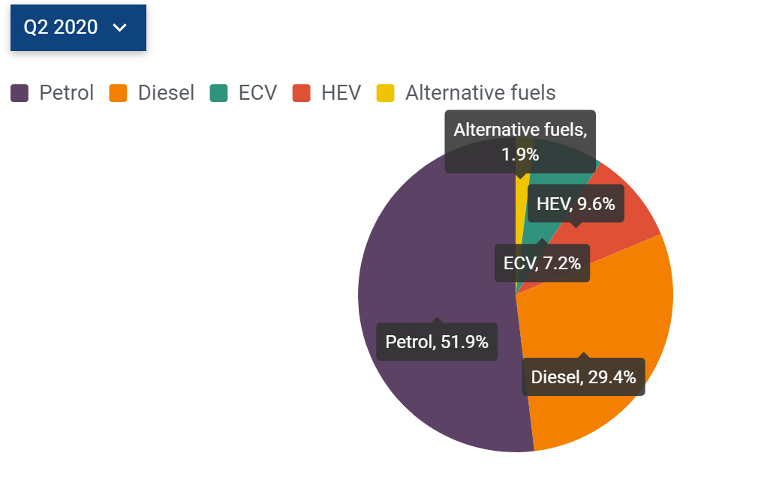 The pandemic has not been as kind to the auto industry’s diesel and petrol segments, the ACEA found, although they accounted for more than 80 percent of car sales.

As such, many believe the resilience shown by the electric-vehicles segment demonstrates significant promise for the coming decade and beyond. But what underpins this resilience? A combination of factors, it would seem. Market intelligence and analytics firm CB Insights highlights three of the most important factors:

It does seem, however, that 2020 will be a tough year overall for the auto industry, with Goldman Sachs predicting that US light-vehicle sales will potentially decline by 30 percent to 12 million, before recovering in 2021 to 15 million. And EVs will feel some of that heat, albeit less than other segments. “The Covid-19 pandemic will affect global electric vehicle markets, although to a lesser extent than it will the overall passenger car market,” the IEA stated in its Global EV Outlook 2020 published in June. “Based on car sales data during January to April 2020, our current estimate is that the passenger car market will contract by 15% over the year relative to 2019.” That said, the Agency expects sales for passenger and commercial light-duty electric vehicles to remain around 2019 levels. And while Deloitte similarly does not expect annual car sales to return to pre-COVID-19 levels until 2024, it anticipates that electric vehicles “will continue to have a positive trajectory during the COVID-19 recovery period and may well end up capturing a disproportionate share of the market in the short term”.

That said, there appears to be little preventing electric vehicles from capturing substantial market share within the auto industry over the long term, particularly if countries remain committed to achieving clearly defined sustainable development milestones. “By 2040, 50% of cars are electric as are most urban buses,” the IEA projected, in accordance with its Sustainable Development Scenario, which sets out “an ambitious and pragmatic vision of how the global energy sector can evolve in order to achieve…critical energy-related Sustainable Development Goals”. Such a scenario would see policy interventions causing global oil demand to peak in the next few years, with reductions in oil use for road transport being particularly significant.

Among the EV market’s biggest proponents is Goldman Sachs. In April, the US bank’s new global autos team projected massive growth for electric cars over the next decade, from 2-percent penetration in 2019 to almost 15 percent by 2030. “We expect the total cost of ownership for electric vehicles to become increasingly attractive over time as battery prices fall and internal-combustion engine cars have added costs to meet emissions requirements,” wrote Goldman analyst Mark Delaney, who also believes Tesla will continue to maintain its commanding market position going forward, thanks to its popular brand, effective vertical integration and early-mover advantage. “The Model Y will help Tesla to have more traction in the important SUV and crossover market as the price is lower than the Model X.”

Deloitte holds similarly bullish views for the industry. According to its July report, it predicts a rise in total electric-vehicle sales from 2.5 million in 2020 to 31.1 million over the next 10 years, which would represent around one-third of the total market share for new-car sales. Accounting for this growth, Deloitte points to several factors, including lower concerns over production costs globally (except China); prices already reaching parity with traditional internal combustion-engine vehicles, after accounting for subsidies and the total cost of ownership; comparable driving ranges between electric vehicles and their traditional peers; electric cars being a crucial step towards achieving climate-change goals; and the firm commitment made by legacy-car manufacturers to commence production of electric vehicles.

An example of that commitment can be found at General Motors, which recently said that it would raise its spending on electric and autonomous vehicles to $20 billion by 2025, having made some important progress with regards to batteries, which it claims will provide its cars with longer range, faster recharging and greater profitability, with its technology reportedly bringing battery costs down to below $100 per kilowatt-hour. It plans to launch 20 new electric models by 2023 as well as sell 1 million battery cars per year in the United States and China by the middle of the next decade. Some manufacturers even suggest that the pandemic will expedite the global auto industry’s move towards electrification, particularly through COVID-19-induced government incentives and automaker investment decisions. Adrian Hallmark, who heads up the Volkswagen Group’s Bentley brand, believes that the pandemic could be a “natural accelerator” for investment in electric vehicles, as automakers must make crucial expenditure decisions in the coming months to repair their damaged finances.

62% of new cars sold in Norway is now El. cars. Mostly due to plenty of clean and cheap el. power and reduced taxes. The piston engines are dying in Germany. Britain bans fossil cars in 9 years. However.. there are big problems ahead. Enormeus mines are needed to extract and wash out just some tons of the rare metal needed to produce all these batteries. Which countries want these mines? Not Norway for sure. We just want to import cars. The huge environmental problems can be exported. Next the power. If just EU had a similar percentage of el. cars? Where will all this energy to charge the cars come from?? Not to mention China, India and USA. No one are able to give the answer at the moment. Acc. to MMC, The global electric cars market is estimated to reach at a value of US$ 7.1 Bn by the end of 2020 and expected to reach at a value of US$ 172.5 Bn by 2028 with a significant CAGR of 49.1%. So this is time to prepare for a big change.