Top Posts
Challenges Remain, But There Are Opportunities to Be Had in...
Interview with Mr. Olukayode Pitan, Chief Executive Officer and Managing...
Commodities Outlook for 2023
The Value of Cash in a Time of Crisis: How...
The US-Africa Leaders Summit: Fostering a Closer Relationship with the...
Three Key Sectors in Which to Invest in 2023
Home Brokerage A Disappointing Year for Emerging Markets
Brokerage

A Disappointing Year for Emerging Markets 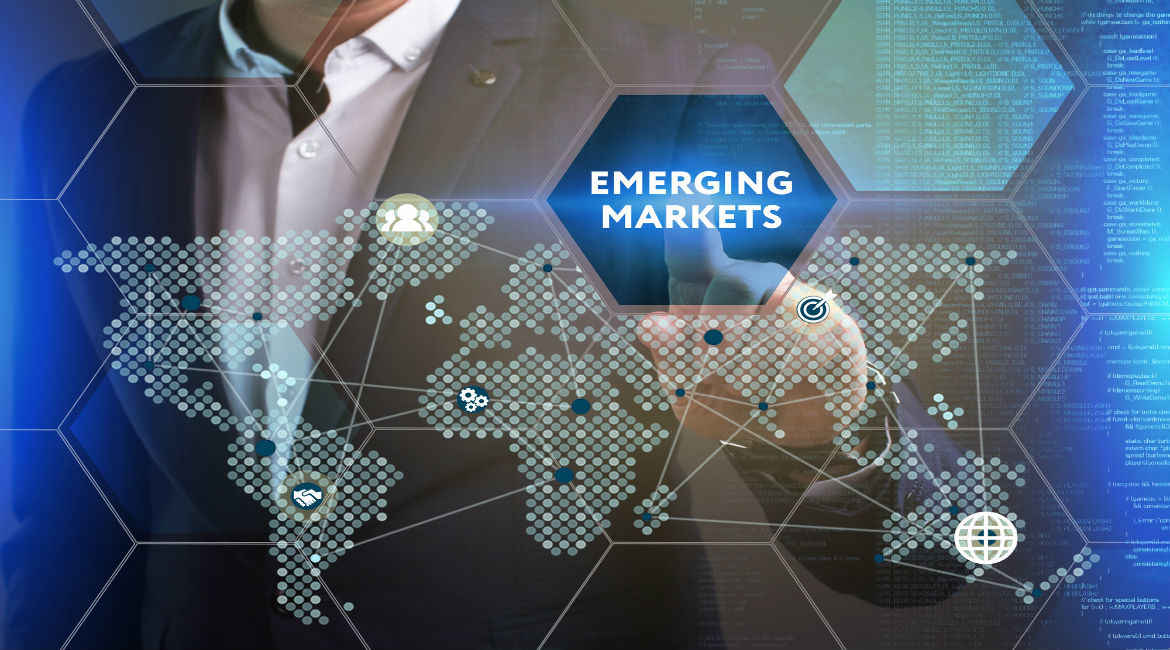 In 2017, the MSCI Emerging Markets Index turned in one of the best performances of any asset class, returning almost 38 percent. This year, however, has been a very different story. The index lost around one-fifth of its value during the first 10 months of the year.

There have been several reasons as to why things have turned sour for emerging markets this year. One of the clearest has been the consistent monetary tightening that has been implemented in the United States. Interest rates being nudged higher on three separate occasions so far this year has contributed to a substantial strengthening of the US dollar, especially from the second quarter onwards.

As such, money has flowed out of emerging markets and back into the US, as investors have looked to capitalise on higher rates of return, as well as to avoid more expensive dollar-denominated investments in non-US markets. The repayment of dollar-denominated debt, moreover, has played a significant role in dampening emerging-market sentiment, particularly in countries with abundant liabilities, such as Turkey.

Equally responsible for the gloom is China, which continues to play a significantly bearish role in overall emerging-market weakness. Stock markets in the country have experienced a rout in 2018, with the China Shanghai Composite Stock Market Index losing around 27 percent by November from its peak in late January.

Recent reports have shown that the Chinese economy is slowing faster than expected, with the governing Communist Party’s policymaking body headed by President Xi Jinping asserting that there is “growing downward pressure” on the economy with “profound changes” in the external environment. Part of those “profound changes” can certainly be attributed to the trade war that broke out with the US in the summer. But China’s internal policy of deleveraging as a way to cut corporate debt has also severely burdened private companies, which in turn has spurred dramatic equity sell-offs among investors.

Recent US market corrections also seem to have exacerbated losses in emerging markets. For much of the year, the likes of the S&P 500 Index have managed to enjoy spectacular gains, reaching new highs and avoiding the weakness that has plagued equity markets in many other parts of the world. But since October, US stock markets have experienced a sharp correction. And according to recent analysis, should the decade-long bull run in US equities be coming to a close with further losses in the coming weeks and months, emerging markets may well continue to tumble alongside them.

Research from Morgan Stanley shows that the S&P 500’s dramatic fall in October of 6.9 percent—which marked the worst monthly decline since September 2011—was accompanied by declines in 15 of the 17 emerging-market equity indexes tracked by the US investment bank. Only Brazil and Hungary experienced growth during the month.

Indeed, Brazil has provided one of the very few glimmers of hope in recent times for emerging markets. The recent election victory of right-winger Jair Bolsonaro in Latin America’s biggest economy triggered a sharp rally in stock markets to record highs, as investors were encouraged by his promise to implement debt-curtailing fiscal reforms.

It also seems that emerging markets are becoming more resilient to external shocks. In October, the International Monetary Fund (IMF) released a new Global Financial Stability Report (GFSR), which forecasts that emerging economies will be able to endure recent market turbulence without a severe shock to their financial systems. It also projects an outside chance of a severe crisis—under a “severely adverse” market scenario, the IMF projects that capital could leave emerging-market countries at a pace last seen during the 2008 global financial crisis. The IMF’s managing director, Christine Lagarde, also recently weighed in, predicting that emerging-market pressure “could lead to market corrections, sharp exchange-rate movements and further weakening of capital flows”.

Further evidence of emerging-market strength has also recently been supported by research from Capital Economics, which found that the frequency of crises in such economies has fallen considerably since the 1980s and 1990s, from eight to ten per year to two to four per year today. The noted research consultancy attributes this improvement to the finances of developing nations becoming more robust than was previously the case. But again, the research acknowledged that the slowing Chinese economy continues to pose the gravest threat to emerging markets as a whole.

Furthermore, in terms of valuation, it would seem that emerging markets are comparatively cheap to buy at the moment. Analysis from JPMorgan Chase on October 22 showed that between January and October, the MSCI Emerging Markets Index’s forward price-to-earnings ratio had fallen by 17 percent, with China experiencing a 25-percent drop. As such, the index was recorded as trading at a 34-percent discount against the S&P 500, which is the biggest gap in valuation between the two indices since 2008. The relative “cheapness” of emerging markets, therefore, could imply that a recovery is just around the corner.

Recent events in the US may also prove supportive for emerging markets. The recent mid-term elections in the US, which resulted in Democrats wresting control of the House of Representatives away from the ruling Republicans, but failing to do so for the Senate, could well exert downward pressure on the dollar, due to a likely worsening of the fiscal deficit and a contraction in global liquidity. But with many signs pointing to a final rate hike for 2018 in December, as well as continued uncertainty surrounding the trade agreement between the US and China, market pressure could well remain until the end of the year. If so, emerging markets would certainly consider 2018 to be a year to forget.